In pain because his IV stopped infusing, a patient punches the nurse helping him. Another patient, angered when awakened to take medication, throws something at a patient who asks him to cooperate with the nurse.

Even before the COVID-19 pandemic arrived, injuries from violent attacks against medical professionals were increasing at an alarming rate—up 63 percent from 2011 to 2018, according to the Bureau of Labor Statistics.

The trend continues. A spring 2022 survey by National Nurse United found that more than 48 percent of the 2,575 nurses responding reported an increase in workplace violence—and those results only covered from Feb. 2 to March 20. 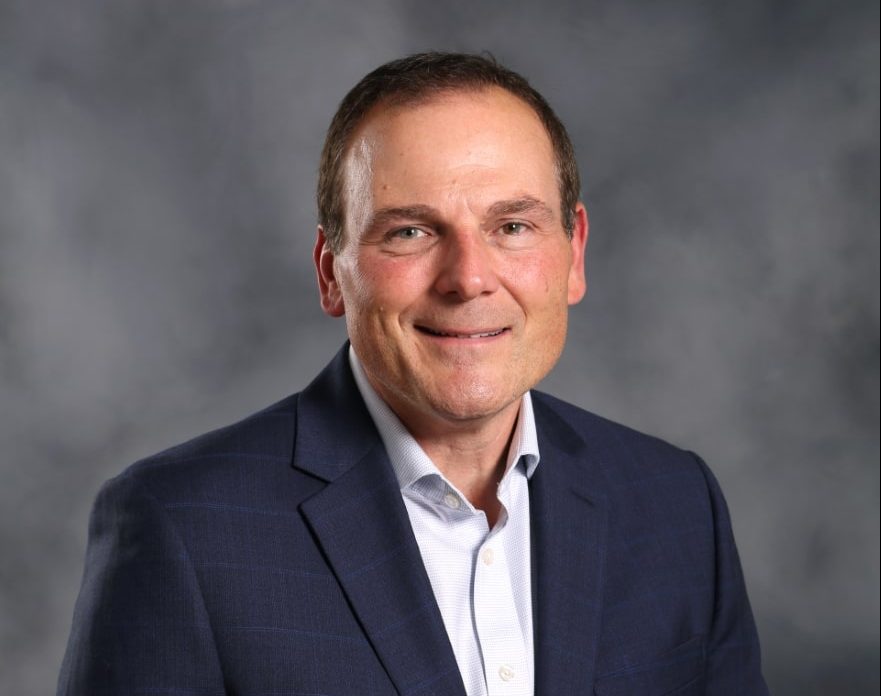 AvaSure, a Belmont, Michigan, company founded in 2008, has developed a solution to virtually monitor patients, including those who may pose a threat to themselves or others, says General Counsel Joe Bush.

Bush, AvaSure’s first general counsel, has helped the company expand its services to more than 1,000 U.S. hospitals and has guided the legal effort to earn a contract providing the solution to the U.S. Department of Veterans Affairs. He also has helped secure equity financing from Goldman Sachs Asset Management and Heritage Group.

After more than a decade in private practice, Bush says being an in-house attorney suits him well—especially because he now gets to help keep patients and providers safe.

“We want to leverage our technology, analytics and clinical services so that we can deliver patient safety and staffing efficiency within the inpatient setting,” Bush says. “We are now expanding beyond virtual sitting into virtual nursing.”

A new way to watch

AvaSure was founded by Brad Playford in 2008. It first launched the AvaSure TeleSitter solution—comprised of hardware, software, and clinical and technical services—to monitor acute care patients to prevent adverse events, such as falls.

The virtual monitoring, which includes stat alarm notifications, helps alleviate labor shortages because the platform can monitor up to 16 rooms at once. The solution may be integrated with the communication and nurse call system as well as to a patient’s electronic health records. 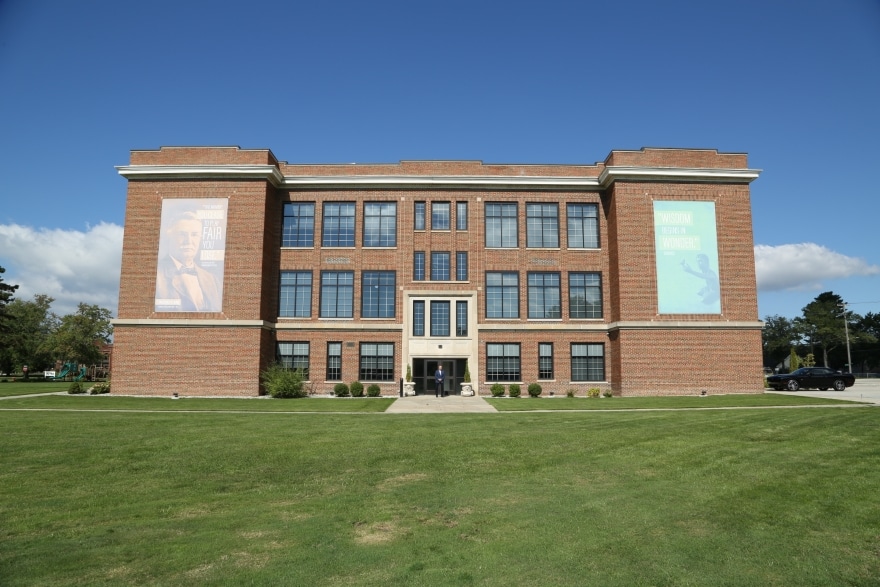 Bush says ensuring health care regulation compliance is complex—for instance, he needs to ensure the rechargeable batteries used in AvaSure’s hardware comply with regulatory requirements. He also needs to ensure AvaSure’s access and use of data complies with the Health Insurance Portability and Accountability Act.

“We’re always looking at compliance with HIPAA and HITECH Act and for weaknesses and vulnerabilities,” Bush says.

“It helps us move the process faster,” Bush says. “Legal never wants to be accused of slowing business down—so we need to be fast and thorough.”

In November 2021, AvaSure and its partner, the consulting firm Sierra7, were awarded a 10-year, $65 million contract to provide Telecare Companion solutions throughout the VA health care system. The technology was already in use in 21 VA hospitals in the U.S., but as Bush notes, the VA is the largest integrated health system in the world. Earning the contract was essential for company growth, he says. 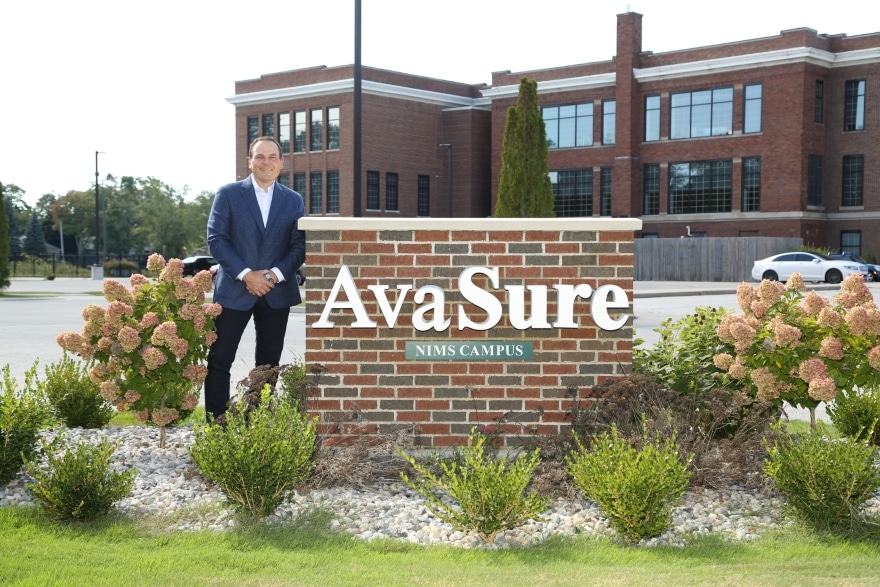 The contract also enables a shift to a subscription model for AvaSure’s platform and allows the entire VA Health system to acquire the platform.

“However, it’s a complex, laborious process to become a government vendor,” Bush says.

To streamline the process, he says he reviewed the technical, regulatory and administrative requirements to address where bottlenecks have traditionally occurred. He then negotiated a national information security agreement and business associate agreement.

To fund its growth, AvaSure received an undisclosed amount of equity investment from Goldman Sachs Asset Management and Heritage Group. The deal was completed in May 2021, as Bush and AvaSure worked with Incentrum Group, a firm comprised of former investment bankers.

“It was a lot of fun, and the largest deal I’ve been involved in,” Bush says. “We found strengths that we didn’t know we had.”

But there was little time to bask—Bush is now supporting the growth of AvaSure TeleNurse, a virtual nursing platform, as well as a future round of investment that could involve M&A and possibly going public.

Bush developed an interest in a legal career when he was a boy coping with his father’s murder. His father, who was an attorney, died when Bush was 3 months old. As he grew up, he read his father’s law books, including the compendiums of decisions from the Michigan Court of Appeals.

“I wanted to know what my dad did even if I couldn’t understand the books,” Bush says.

He earned a bachelor’s degree in resource development and his J.D. from Michigan State University. Later in private practice, Bush worked on business litigation law and transactions law and says the experiences provided the background for serving in-house. 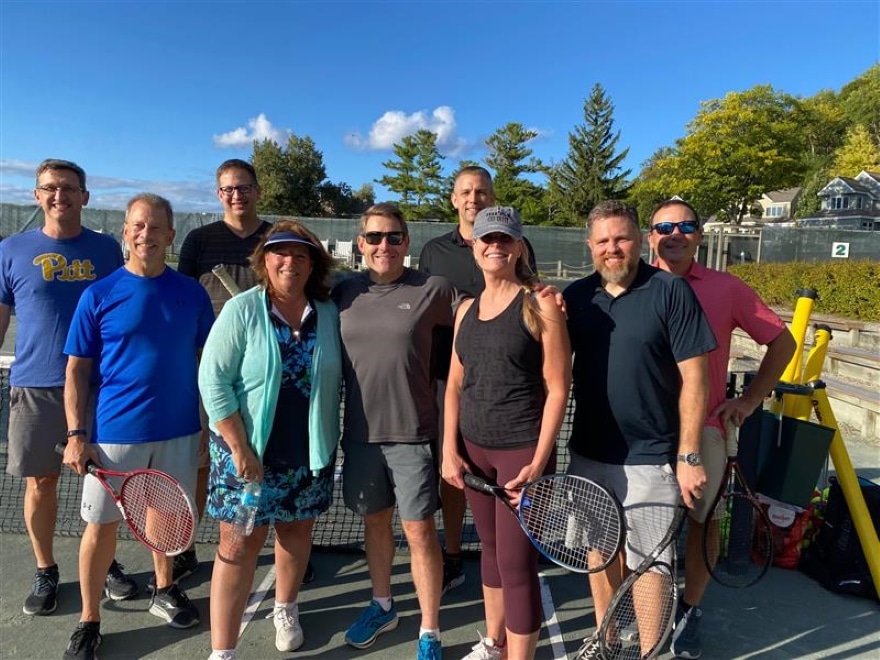 However, it was his unsuccessful campaign to become a judge in 2016 that enabled him to meet Playford. He began doing outside counsel work for AvaSure, then joined the company in 2018.

“I went into law because I wanted to help people. I’ve been involved in several practice areas and knowing how to apply the law has given me a better perspective,” Bush says. “It’s led me to a career where I’m doing something I enjoy instead of something I have to do to make a living.” 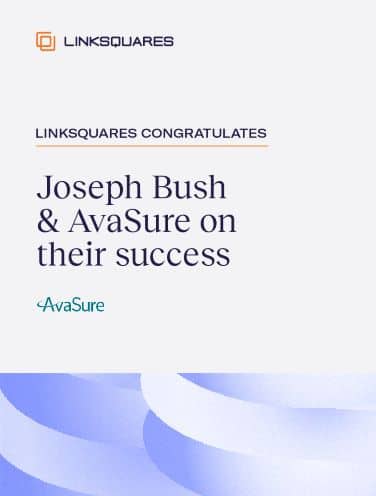 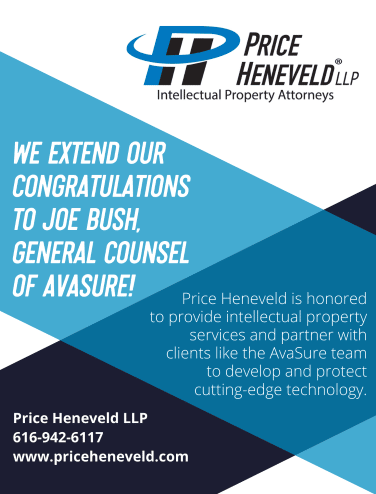 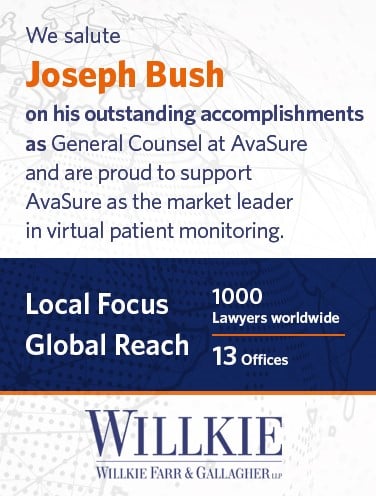