Logan Stone can recall the many miles his grandfather drove as a long-haul trucker for 50 years.

Now Stone is proud to be part of Jack Cooper Transport Co. LLC’s near century-old tradition of hauling vehicles from production plants and railroad yards to auto dealers.

But as senior counsel, Stone logs hours, not miles. 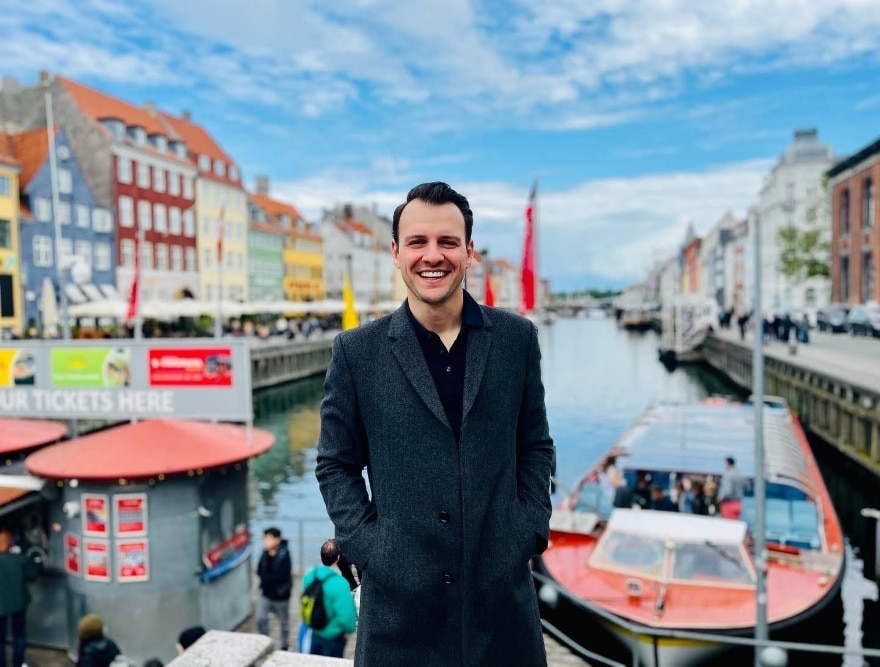 In addition to the usual legal work, Stone helped the company reach a three-year labor agreement with the Teamsters union last spring. He’s also helping the company reach its goal to be carbon neutral by 2040.

The latter goal will entail moving the company’s fleet from diesel-powered cabs to alternative fuel sources, though Stone says he and the company aren’t wedded to a single method to make the fleet greener.

“I really enjoy the dual purpose I serve,” Stone says. “On any given day there’s a variety of legal issues that pop up and the business exposure is kind of like a mini-MBA course.”

Jack Cooper Transport began hauling General Motors vehicles from its plant in the Leeds district of Kansas City in 1928. Now part of Jack Cooper Investments, the company has more than 1,300 rigs operating across 37 North American terminals and is one of two vehicle hauling companies that still use union labor.

Proud of that fact, Stone says he worked in the background with General Counsel Ben Prevost to support contract negotiations with the union. More broadly, he leads a legal team responsible for litigation, risk management and insurance claims. He oversees both a claims specialist and a subrogation specialist who ensures claims are settled if Jack Cooper isn’t at fault.

Stone also works with outside counsel on litigation and mediation strategies, as well as settling issues and claims for damaged vehicles.

“Something I learned at my previous firm is a young associate can get lost in legal implications,” he says, referring to his experience in managing litigation. “Now, I tend to value strategy and advice beside the laws and facts of the case as well as posturing for mediation or trial.”

Fueled for the future

Stone is also overseeing Jack Cooper’s focus on environmental, social and governance issues by helping the company plan and fund initiatives, most notably its fleet conversion.

“We’re putting together a plan to incrementally decrease emissions and utilize green practices,” Stone says. “Our goal is to become the first carbon neutral trucking company by 2040.”

Stone says converting the fleet so quickly can mean switching to electric, compressed natural gas or biofuels. In fact, Jack Cooper has already launched an alternative fuel pilot program, though he can’t provide details at present. 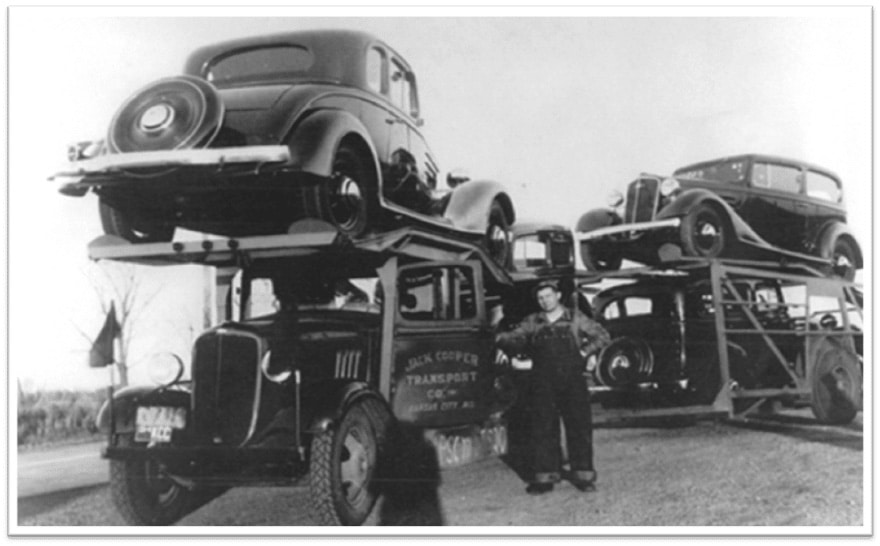 Because Jack Cooper typically hauls vehicles fewer than 300 miles, electric vehicles with batteries that need charging every 300 to 500 miles might be viable, too.

However, Stone says he still needs to work with operations and maintenance teams on the conversion, which could be a mix of fuel sources for the fleet. Shifting to electric or compressed natural gas also requires new training and equipment for maintenance staff as well as charging infrastructure.

Stone is involved with contract negotiations for the fleet conversion and helps find the grants and other financing for new equipment from government agencies. He says he’s hopeful federal tax credits will become available, too.

Though Stone is leading Jack Cooper’s efforts to become more sustainable, he could have become a dentist. That’s what his mother urged him to become as he considered careers in high school. In fact, Stone, who was born in Missouri and moved to Georgia in elementary, attended Auburn University in pursuit of a biomedical sciences degree.

However, he had also considered a legal career because it suited his analytical mind, and after a year at Auburn, Stone transferred to Berry College. He earned his bachelor’s degree in political science in 2016 while serving as a captain on the inaugural football team.

Because Berry College is set on the world’s largest campus at 26,000 acres, Stone says he also developed an interest in environmental law while studying there.

Stone earned his J.D. from Georgia State University School of Law in 2019, where he also met his wife, with an environmental law certificate, while serving internships with the university’s legal services clinic, the U.S. Environmental Protection Agency and the Atlanta Regional Commission, among other agencies. He was also a graduate research assistant who researched how law and policy impact public health as well as urban growth and management topics.

After graduating, Stone worked at private firms for two years in the metro-Atlanta area. He practiced in a variety of areas with a focus on commercial litigation and says he wanted to work in transportation litigation particularly.

He wanted to move in-house because he says it offers the opportunity to work through issues from start to finish while being exposed to legal and business-sided issues. When he saw Jack Cooper was looking for an in-house attorney, he applied and joined the company in December 2021. 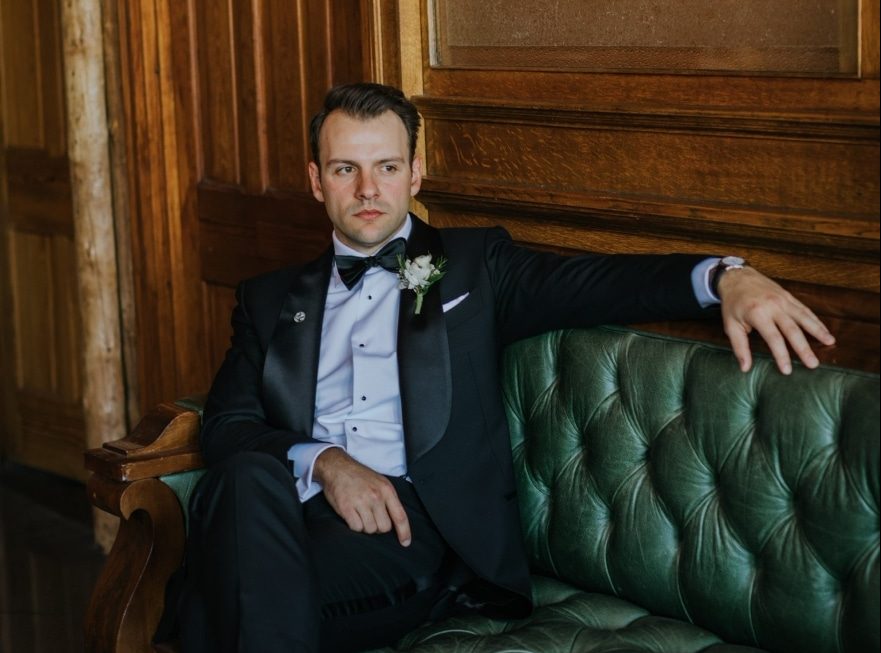 As his legal career develops, Stone is also developing as a painter—he had space in his garage and has always been drawn to modern art and Jackson Pollock’s splashy approach. One of his paintings hangs in his home and another will soon be on view at his grandmother’s home.

Stone’s legal role at Jack Cooper is not in the abstract, though. He’s eager to help provide the legal guidance and support to make the company greener so it can also fit in with its customers’ environmental, social and governance goals.

“Jack Cooper Transport has an excellent group of executives and long- standing business success,” Stone says. “I never expected to be in-house so early in my career, but it’s a great fit for me.” 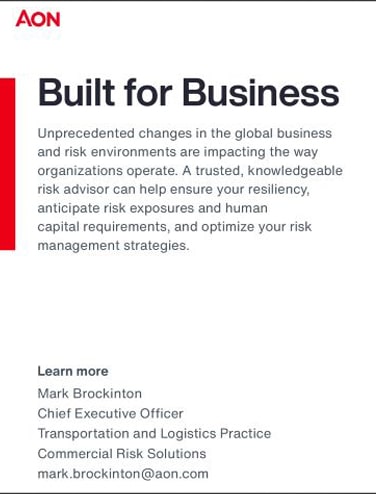 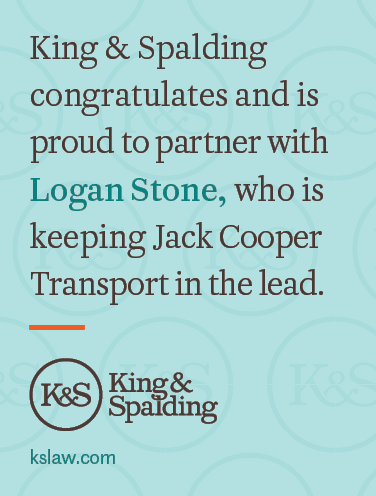 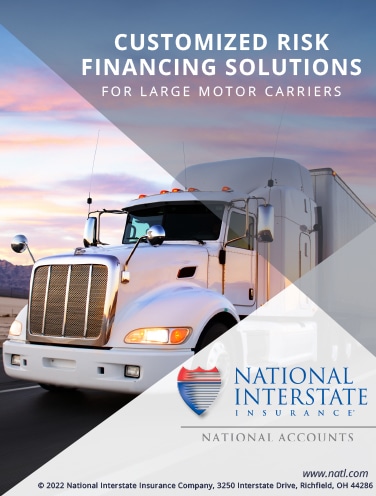