Saying ‘yes’ to the long run 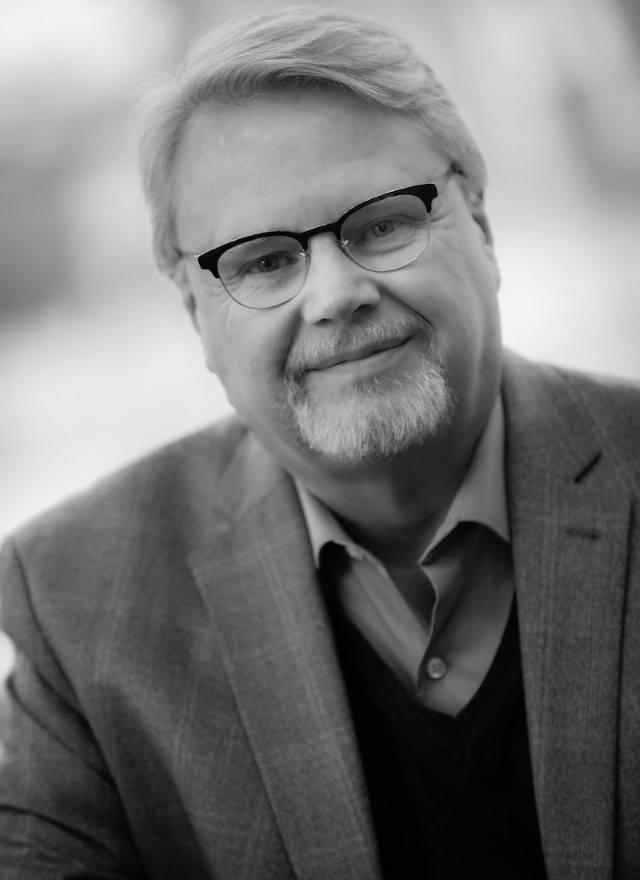 Whether it’s hurricane cleanup in Florida or repairs on a tough stretch of Texas highway, the work goes on.

It’s an attitude that Joe Ferguson, general counsel for Pennsylvania-based DBi Services, has taken to heart. Only instead of clearing debris, he’s removing roadblocks to success.

An asset management and infrastructure services company working with entities ranging from Departments of Transportation to Union Pacific Railroad, DBi does everything from manage vegetation and fixing signs to repairing guard rails and responding to accidents.

After working as outside counsel for the company from 1992 until 2008, Ferguson was hired as DBi’s first general counsel in 2009. He’s a graduate of the Dickinson School of Law in Carlisle, Pennsylvania; served a clerkship with the Honorable William J. Nealon in the U.S. District Court for the Middle District of Pennsylvania; then became a commercial litigator for 18 years at Rosenn, Jenkins and Greenwald LLP, before joining DBi.

One huge difference between private practice and working in-house? Instead of litigating, Ferguson looks to prevent court battles altogether.

“I work with our team on issues like disputes with vendors, contract questions or employment issues,” he says. “I don’t so much take those issues off their plate, as I work with them on issues proactively.”

The key to that equation is buy-in from stakeholders throughout the company, he says.

“Convincing people at the corporate level and in the field that I’m here to make their job easier takes time,” he says. “Once they see it works, they’re more likely to include me in projects early on.” 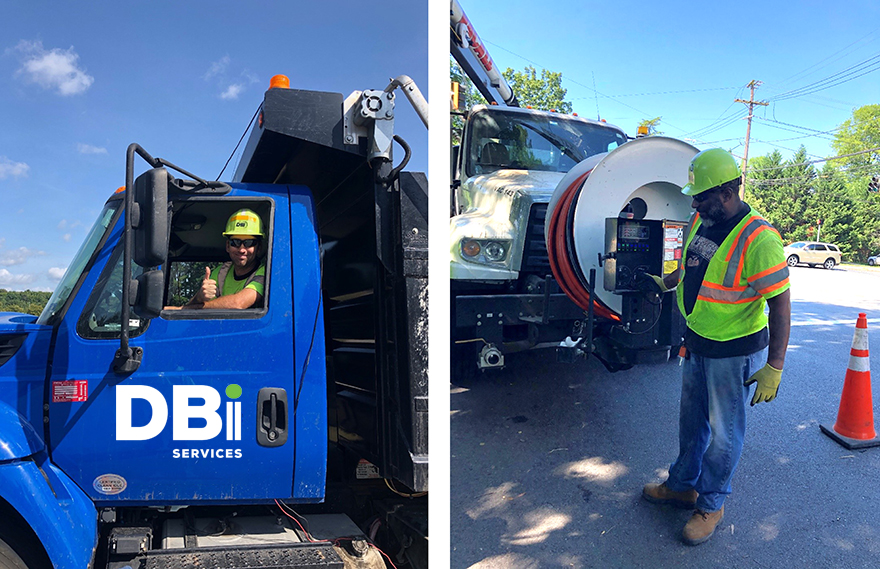 What doesn’t work, according to Ferguson, is to tell leadership and employees who’ve been running projects for years how to do their job. Ferguson’s goal is twofold: learn all he can about the subject at hand, then offer practical legal suggestions.

“Before I advise terminating a contract, I want to know about our relationship with the other party,” he says. “Are we sure we want to go to war over this or should we resolve this dispute? It’s important to calm down and look at the facts before jumping into a fight.”

Ferguson concentrates on building strong relationships with customers, vendors—and with departments in DBi. To date, the company has completed projects in all 50 states and Canada and has over 130 locations in North America. 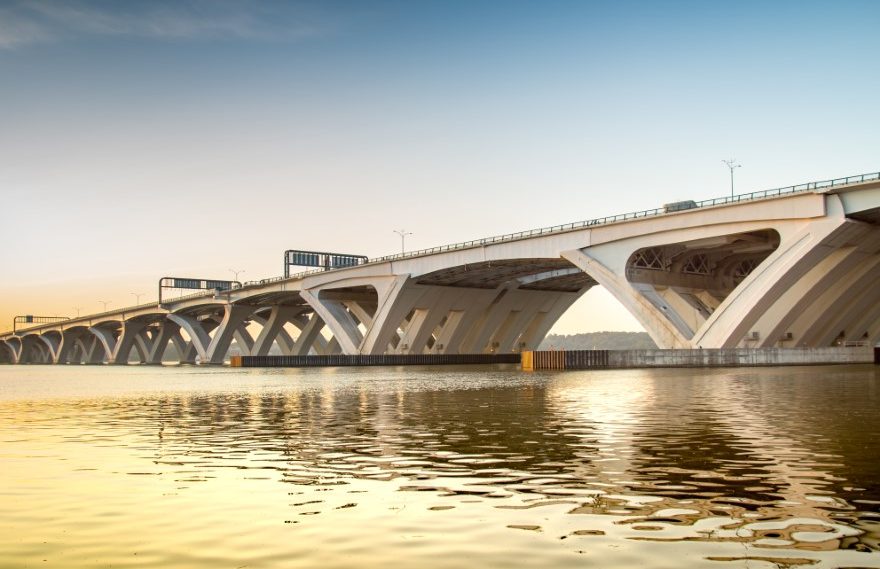 “Joe is not only one of the very best attorneys in our field, he’s also an amazing business partner to our operations,” says DBi CEO Mike McRae. “His company and industry-specific knowledge is unrivaled and he fully vests himself into everything he does. He has a wonderful personality, is a master collaborator and we are very fortunate that he is with us.”

On the front line

While some administrative functions at DBi have operated remotely due to COVID-19, most of the fieldwork is hands-on.

At the start of the pandemic, the company formed an internal COVID-19 taskforce that still meets regularly, guided by information direct from the CDC. The taskforce brings together employees in safety, risk, human resources and operations to ensure that DBi has its bases covered and monitors employees’ health across North America. 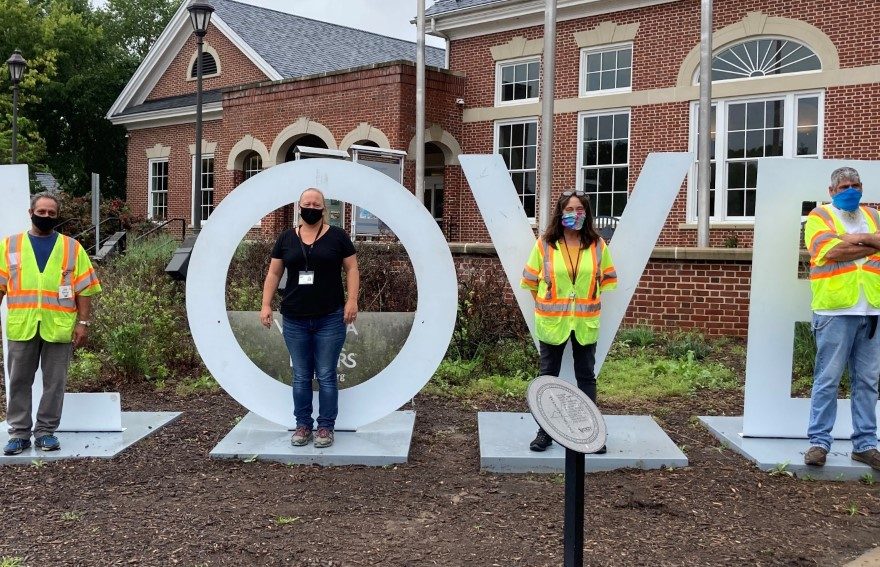 New schedules and methodologies were quickly put into place, including proper personal protective equipment and social distancing protocols. That wasn’t easy given the number of employees (around 2,700 during peak season), not to mention the scope of work—both geographically and services-wise.

“We’ve all had to make adjustments during COVID-19. If we didn’t, we might not have any customers on the other side of this,” Ferguson notes. “Our men and women in the field are heroes out there—keeping the highways and byways safe.”

The company has not only made it this far through COVID-19 but has also made sure the nation’s transportation assets remain open and safe, he adds.

According to Ferguson, most employees are considered essential frontline workers in an industry that already incurs a certain amount of risk due to crowded highways and distracted drivers.

“It’s a very intense environment with the potential for a distracted motorist to invade a work zone,” Ferguson says. “When you see road construction signs while driving, please slow down and follow the directions on those signs and please put your cell phone down.” 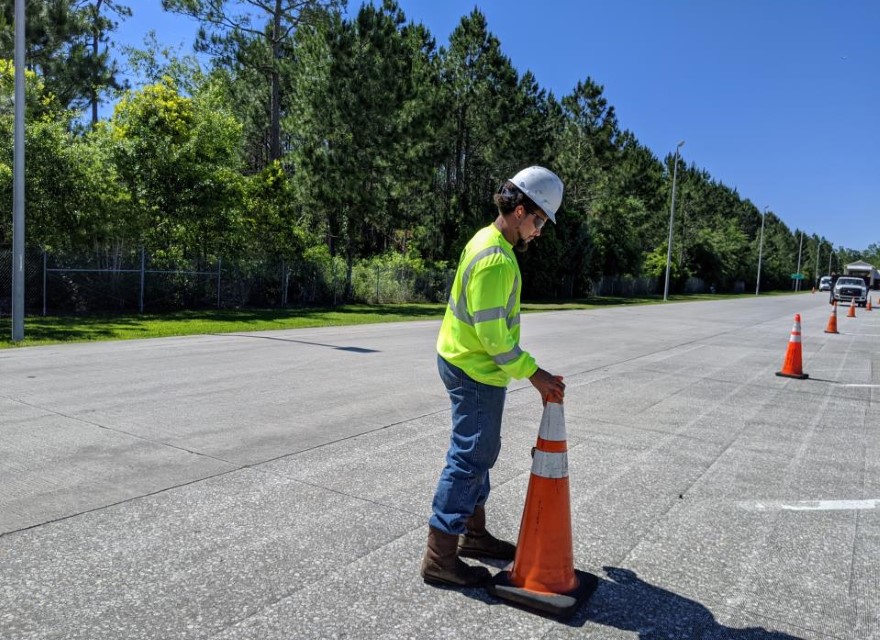 Whether reviewing a contract or doing his best to ensure the safety of workers, Ferguson says he cares deeply about every employee.

Watching their backs from DBi headquarters, he works to develop and implement risk and safety policies, deal with insurance issues and whatever else pops up. Prioritizing safety and quality has allowed the company not only to survive but to thrive and expand its customer base in 2020.

Safety innovations are a priority. Looking toward the future Ferguson explains that slow-moving, self-driving safety “crash” trucks will protect workers by providing a moving buffer against errant motorists. Other advances include safety halo systems (essentially a band of lights around workers’ safety helmets) and a work zone early detection system wherein beepers sound if a perimeter is breached by a vehicle. This may give workers only seconds to react, but those seconds can save a life.

For Ferguson, the importance of life above all else was reinforced by his own brush with mortality—a 2007 lymphoma diagnosis that required more than a year of treatment, including a stem cell transplant. Since recovering, he’s made it his mission to embrace life and the changes that come with it.

“I was on sabbatical from my firm during treatment in 2008, and after I recovered thought, ‘Am I really going back to where I’ve spent the last 18 years?’ The firm had been great to me throughout my time there, including during my illness, but I was ready for a new challenge,” Ferguson recalls. “I took a leap of faith and it’s allowed me to practice servant leadership—supporting our business folks, working to solve problems and maintain safety—all while keeping an eye on the big picture.” 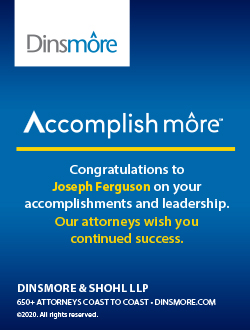 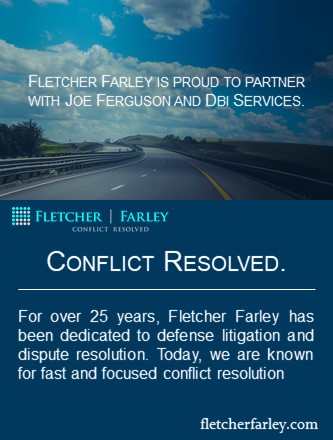 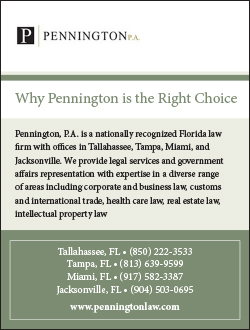 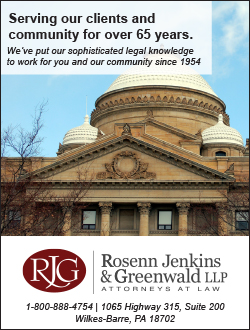 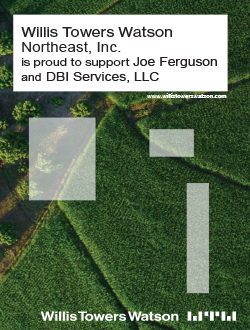