Battling traffic and limited funds for a smoother ride

Indiana streets may carry only around 3 million of the nearly 300 million vehicles in the U.S., but with mostly single lane roads, time behind the wheel is rising. According to a report from the U.S. Census Bureau, 9.8 percent of workers in 2019 had commutes of over an hour, up from 7.9 percent in 2006.

IndyGo wants to change that, says Jill Russell, the company’s general counsel since 2005. Its goal is to increase the use of public transportation, both to shorten commutes and limit harmful emissions generated by cars and trucks. 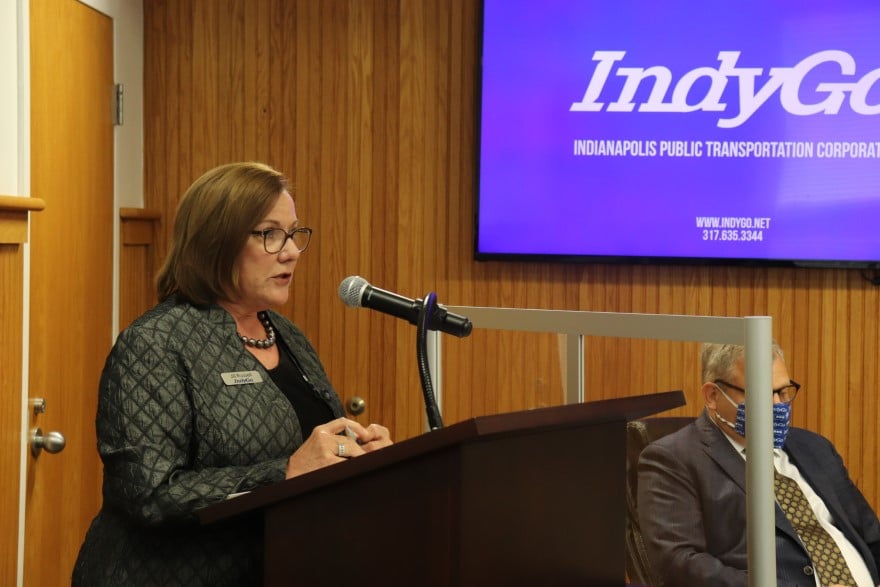 “We had to fight hard for a dedicated bus lane on our small streets, but that’s the entire purpose of IndyGo’s BRT lines,” Russell says. “We’re hoping that the faster commute time will encourage all Indianapolis commuters to use these buses. BRT means a faster commute to work and zero emissions.”

“The electric buses on our Red Line, and our upcoming Purple Line, work similar to your cell phone. A four-hour charge provides quiet, zero-emission drive of up to 230 miles at a top speed of around 60 miles per hour,” Russell says. “Not to mention, the batteries are recyclable and the entire bus can be used a mobile power supply.”

Working with her team of four attorneys, as well as construction contract lawyers and local counsel, Russell ensured that every new service station was ADA compliant—the K11 buses have two wheelchair positions on the streetside for easy access, for example, she says.

The big picture is allowing Indianapolis commuters to have unrestricted access to efficient and environmentally friendly transportation. For 20 hours a day, every day, the red line services more than 50,000 residents and 150,000 job locations, stopping at a station every 15 minutes.

Easing the way for commuters of all backgrounds, abilities and needs wasn’t an easy task for IndyGol, Russell says. For the Red Line, she had to ensure that the fixed bus lane going down the center of the road met all requirements of the federal grant funding it.

The county slowed the project in 2014 with the passing of a transit plan referendum that required IndyGo to raise several million dollars for the bus rapid transit line from sources other than local tax money.

Now, half of the required $162 million comes from the Federal Transit Administration Small Starts Capital Investment Grant, which is provided by the U.S. Department of Transportation. The remaining funds are coming from transit income tax, Indianapolis Department of Public Works and other Federal Highway Administration sources. 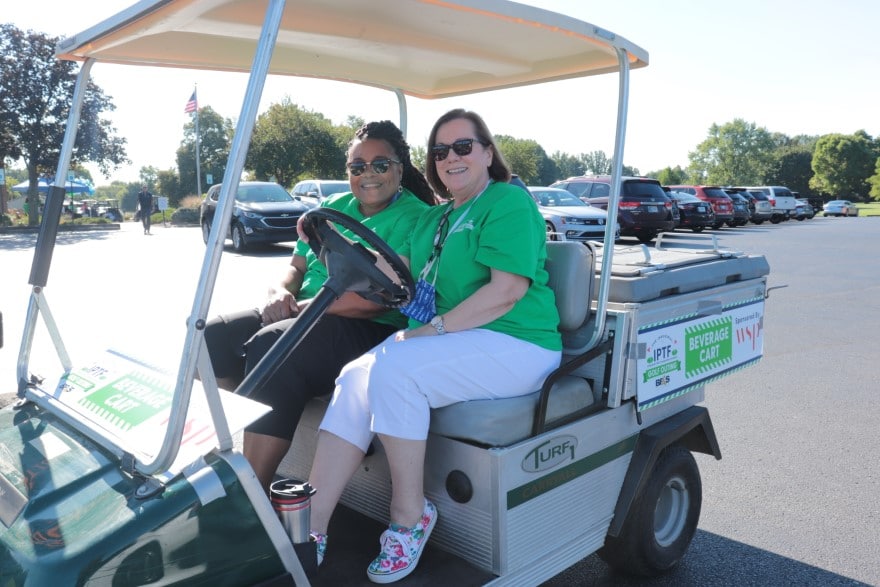 IndyGo is using some of these funds to acquire over 272 parcels of land, 222 of which its real estate management firm has already purchased. Russell and local counsel are handling the 30 cases of imminent domain, giving final authority on settlements.

As for the completed and in-service BRT Red Line? The majority of the funding came from a $75 million federal Small Start grant and additional federal sources to cover the nearly $100 million project cost.

Russell not only ensures the purchase of land but that the land is ready to use for a bus line. Sometimes, a road that originally seemed fine may require repaving, she explains. When this happens, the project team tracks and submits plan changes to the design team, construction management company or IndyGO representatives for construction companies, as well as to the city.

“The industry is definitely a very specific niche, but I like being able to see the big picture and to know what I’m trying to accomplish for the city and its residents,” Russell says.

Russell has been in niche industries since she graduated from Washburn University School of Law. For nearly a decade she worked as a compliance officer for International Press Telecommunications, a consortium of the world’s major news agencies, vendors and related media. In April of 2013, she became the general counsel for IPTC and IndyGo.

Among her many responsibilities at IndyGo, Russell also holds the positions of ethics and environmental compliance officer. This means that when a bus line is in progress, she helps comply with the requirements of the National Environmental Protection Act.

Before the Red Line was constructed, Russell worked with others at IndyGo to ensure the addition of a bus line didn’t negatively impact the environment. Working with environmental officers and other IndyGo departments, the teams ensured continued clean air and streams as well as the protection of endangered species—Indiana and northern long ear bats or the states’ crawfish, badger, snake and falcon populations—and plants like the Rose Turtlehead.

When she’s not helping to protecting human and non-human residents of Indiana, she likes travelling outside the state to see how the rest of the world commutes. Some of her favorite places to visit have been Slovenia and Croatia. 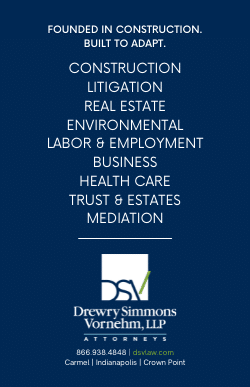 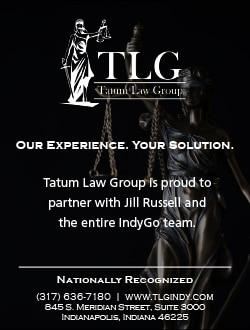