Prior to joining Canadian Solar, John Marner didn’t know much about solar energy.

Despite this, he soon became the company’s first lawyer to oversee the development, construction and sale of solar farms. In the 11 years since then, he’s rolled out the solar farm business globally, which has allowed Canadian Solar’s manufacturing arm to grow as well.

The senior director and general counsel may have had a steep learning curve, but he managed it by being “fully immersed in the business.” 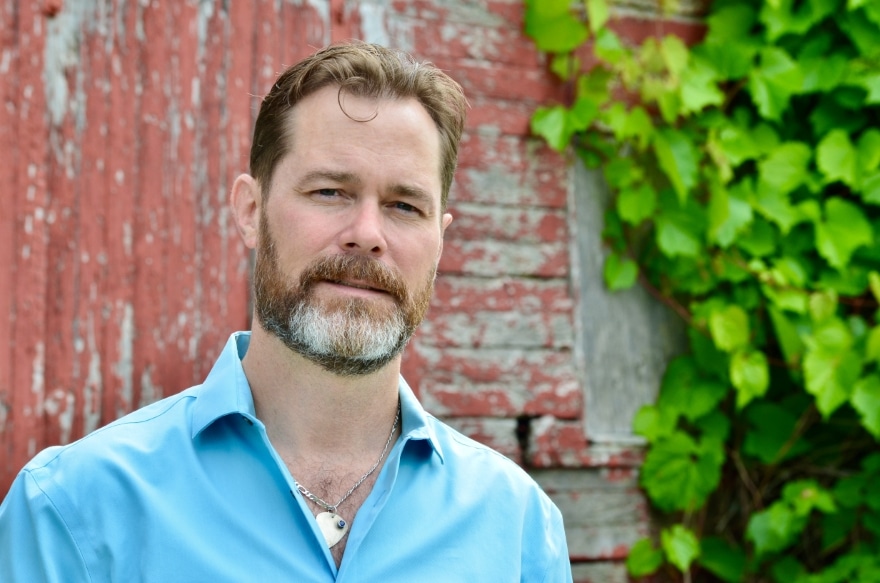 “External counsel can get deep in the legal weeds, but as internal counsel, business objectives need to be kept top of mind,” Marner says. “When I give advice, it needs to be within a context that truly serves the needs of the business.”

Canadian Solar, based in Guelph, Ontario, was founded in 2001 as a manufacturer and installer of solar panels. It now has two umbrellas: solar product manufacturing, sales and equipment solutions, which it houses under the umbrella “Module Systems and Solutions Group,” and the development and construction of solar farms, which it houses under the umbrella, “Energy Group.”

The company expanded into farms after the Ontario provincial government created the Feed-In Tariff program in 2009, which encouraged the use of renewable energy services. When Marner was hired, he was involved in a pilot program that explored the potential of the solar farm business. He, along with a small group of others in the Ontario office, developed a business model for the Canadian market that the company has duplicated around the world.

One of the earliest projects Marner worked on was the construction and sale of eight solar farms to TransCanada Pipelines for $500 million. The agreement was made in 2011 and carried out over the next few years.

“At that time, I was still learning as I went, which was so incredibly nerve-wracking and rewarding at the same time,” Marner says. 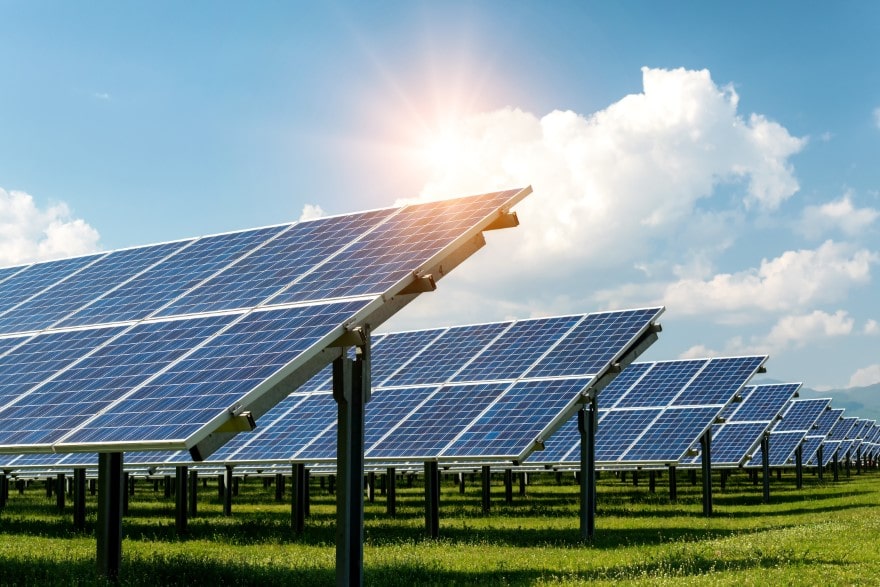 Canadian Solar now has farms in over 20 countries, has distributed solar products to over 150 countries and has offices in 26 regions. Much of Marner’s work is focused on mergers and acquisitions. In 2012, Canadian Solar acquired a large portfolio of solar farm projects from SkyPower, another solar energy company, which made Canadian Solar the largest solar farm developer in Canada. He’s also worked on purchase and sale transactions in Latin America, Europe, Asia and Australia.

Prior to the COVID-19 pandemic, Marner frequently traveled for work but now relies on video conferencing for communicating with colleagues, vendors and business partners.

“The thing I enjoy most about my work is also what challenges me the most, and that’s the international aspect of my role,” Marner says. “Video conferencing is great, but there’s no substitute for sitting across the table from someone and having a conversation.”

The company is planning to issue an initial public offering in China in 2022 and list the MSS portion of the company on the Science and Technology Innovation Board (the “STAR” Market) of the Shanghai Stock Exchange.

Marner says the IPO wouldn’t be possible without the work done by the energy side of the business.

“One of the primary reasons we’re able to do this IPO for the MSS Group is because of the massive growth in the development and sale of solar farms for Canadian Solar,” he says. “From day one in our little shop in Ontario, it has been a goal of the company to grow the energy business so that it can stand on its own two feet.” 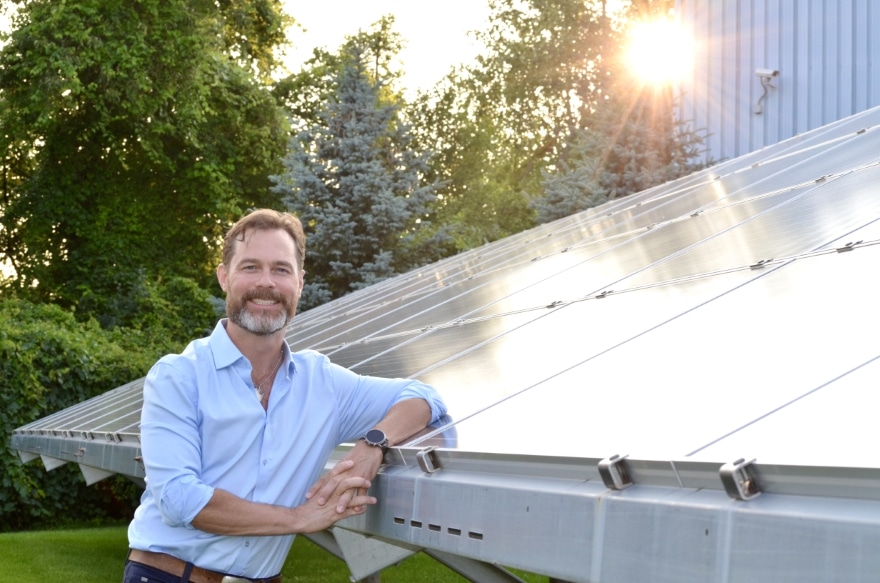 Marner says achieving this goal has been one of his proudest accomplishments at Canadian Solar.

“My team and I helped develop that business not only in Canada, but all over the world,” he says.

Getting hired at Canadian Solar was a “happy accident,” Marner says.

He and his family were considering moving across the country from Calgary when a former colleague told Marner about an opening he’d heard of at Canadian Solar. Marner was hired as the director of legal services in 2010 and was promoted to his current position six years later.

Much like finding his position at Canadian Solar, Marner says he “fell into the law.” He didn’t grow up wanting to be a lawyer, but before finishing his degree at the University of Calgary, he developed an interest in the legal field. Since earning his law degree from the University of Alberta, he’s worked in house and at firms, having been at FMC Law in Calgary prior to joining Canadian Solar. 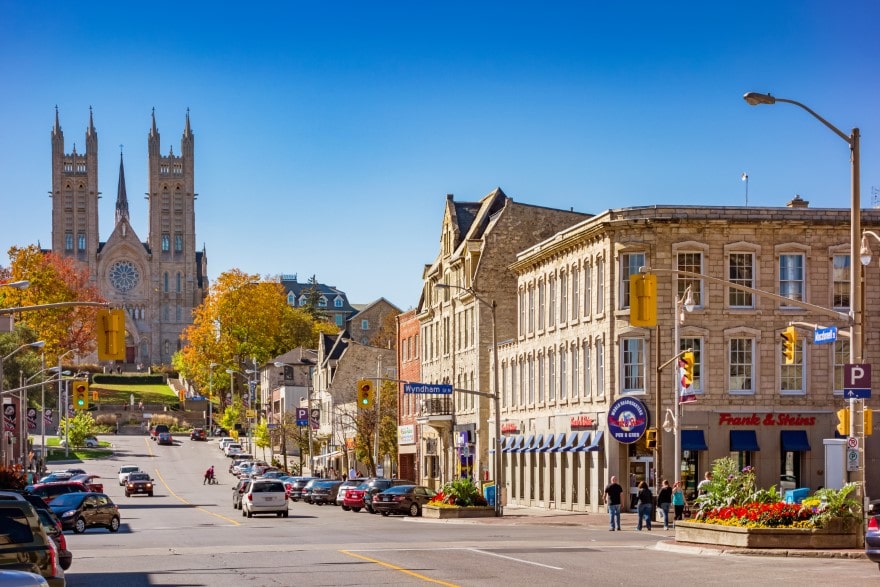 While working at firms gave him skills he uses today, he’s found he much prefers being in house counsel.

“I’ve always had an interest in the environment and renewable energy and this role has allowed me to explore that while also helping guide and influence the direction of the company,” Marner says. “I enjoy that the fruits of my labor will have an impact for years to come.” 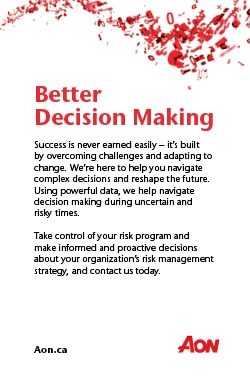 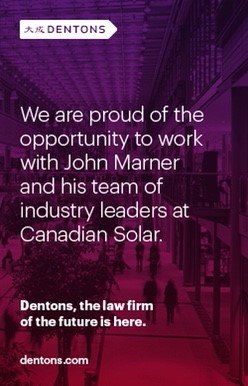 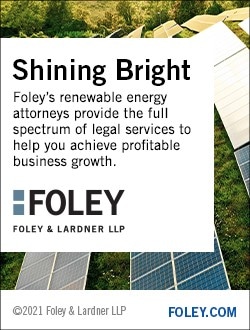 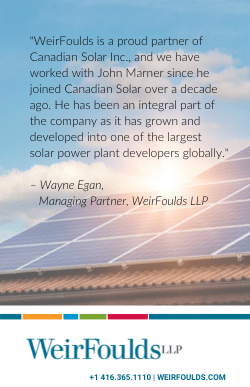