There’s green in that there wind

Out beyond the breakers, the 32 turbine towers will be sunk nearly 100 feet below the ocean floor and will rise above the water to the height of a 49-story building.

The turbines and slow-spinning blades are part of the first Maryland Offshore Wind Project, built to power the state with renewable wind energy projected to bring green cash and greener energy to the region.

“This will create a new industry and make Baltimore and Maryland a regional hub for offshore wind,” Salvo Vitale promises of the $1.6 billion wind farm. 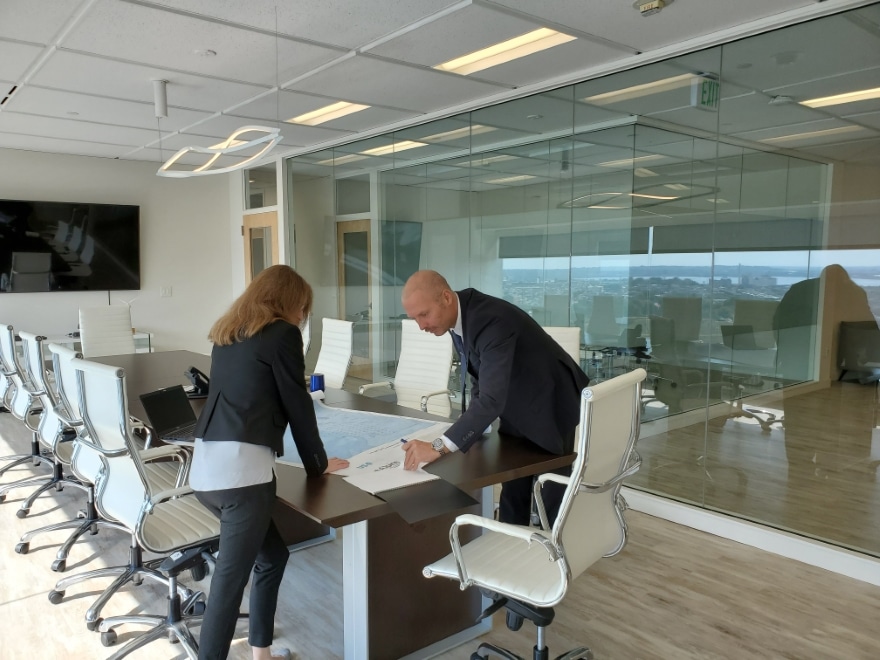 Vitale, the US Wind country manager and general counsel, is in charge of getting the turbines up and running in an ocean zone that could become a key contributor in the climate action plan but has also seen opposition from locals and legislators.

From his office near Baltimore’s Inner Harbor, Vitale will not be able to see the turbines that will top out at 728 feet high when the blades are fully extended. But nobody onshore in Ocean City will see them either, which is the point, says the new Baltimore resident who is a native of Pescara, Italy.

Yet with Ocean City the most popular seaside resort in Maryland, drawing visitors from Baltimore, Washington, D.C. and beyond, not everyone who lives there or goes “downyocean” in Baltimore parlance, is amped for the project, expected to generate 1 million megawatts of electricity annually.

Ocean City officials have opposed any wind farm that would be visible from hotel windows, let alone the city’s famed Boardwalk, and U.S. Rep. Andy Harris, R-Maryland, made an unsuccessful attempt to block the project in a federal spending bill in 2018, by introducing an amendment banning wind farms less than 24 miles offshore.

At the same time, studies and consultations with stakeholders, including the U.S. Coast Guard, fishermen and waterways operators, showed the optimum areas to capture wind for power off Ocean City are 10 to 24 miles offshore, Vitale notes.

Out on the farm

Vitale first arrived in Baltimore almost seven years ago as US Wind Inc., a subsidiary of the Italian Toto Holding Co., prepared its bid to draw and transmit on the 80,000-acre designated offshore wind energy area in the Atlantic Ocean.

“We bet on it when no one believed in it,” says Vitale, who prepared the bid eventually accepted by the Maryland Public Service Commission.

Vitale needs customers as much as he needs materials, and has negotiated the power purchase agreements that are also the financing linchpin for the project. The state of Maryland has guaranteed a price for generated power, but Vitale says revenue from selling electricity will pay back the investment using the model known as project financing. 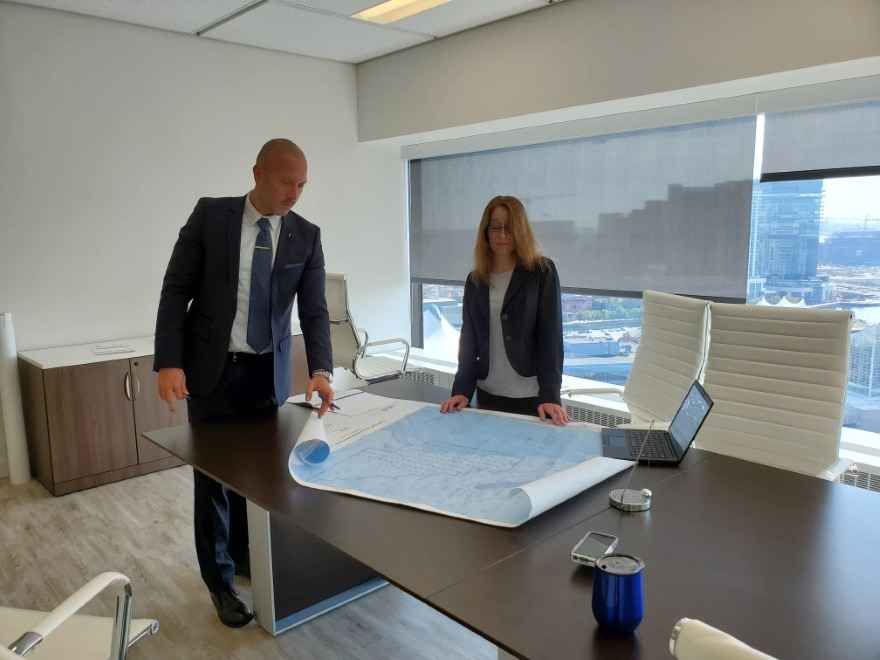 “This is a huge amount of money, but we live in a moment of high liquidity in the market,” he says. “We are using a mix of U.S. and European banks that are very familiar with the process and like the return on investment.”

Vitale also engineered the deal to bring working capital for the project as US Wind in 2018 sold a lease it was awarded in 2015 off the coast of New Jersey. The sale to EDF Renewables North America netted $215 million; the lease has initially cost US Wind roughly $1 million, with $500,000 for rent. Revenues from energy sold are protected in part as the state has guaranteed minimum prices for generated power, but it is still up to Vitale to negotiate the power purchase agreements with customers that bring the cash as well as the project financing agreements.

When it begins operation in 2022 or 2023, the power generated by the farm could serve as many as 76,000 homes. Vitale is also eager to harness the economic spark to regenerate use of one of Baltimore’s many industrial icons, such as the Bethlehem Steel Mill at Sparrows Point.

Set on 3,100 acres, the mill once poured the steel used for San Francisco’s Golden Gate Bridge. US Wind is evaluating whether to lease or purchase land there to use as a staging and assembly area for the steel turbines, which could also be fabricated there. The Danish company Ørsted U.S. Offshore Wind, which was awarded the other bid to build a wind farm off Ocean City, has already reached an agreement to use 50 acres of the site.

Because European companies, including Toto and France-based EDF, are ahead of American ones in developing wind power, Vitale says he is trying to develop an American-based supply chain that will benefit the domestic economy and reduce his project costs.

Looking to harvest the power of the wind has buffeted Vitale from the directions of politics, purchasing and financing as he set up the company, all while working through levels of federal, state and local governments.

“It is like three people standing on three different roads and they have to meet at the same time and same place,” Vitale says.

Vitale earned his PhD. in business law at LUISS Guido Carli University in Rome but says he has had an inclination for deal-making, ever since he tried to structure creative property acquisitions playing Monopoly as a kid.

Vitale joined Toto Holdings in 2012 as it was beginning its move into the US Wind energy business.

“For me it is the most rewarding thing I have done in my life,” he says. “It’s creating an industry in a new country while knowing you are doing something good for the economy and the global environment.” 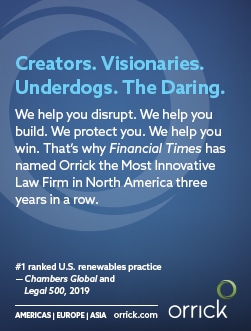 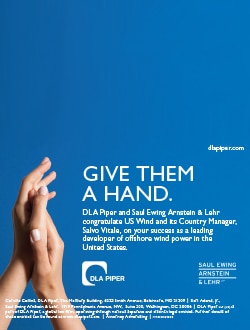