Funeral planning can occur very quickly, often by people who are still mourning.

While there are options for pre-planning—buying a cemetery plot in advance, specifying funeral and memorial service arrangements (and setting aside money to pay for them), a lot can be left to chance or to funeral directors, cemeteries and crematoriums. 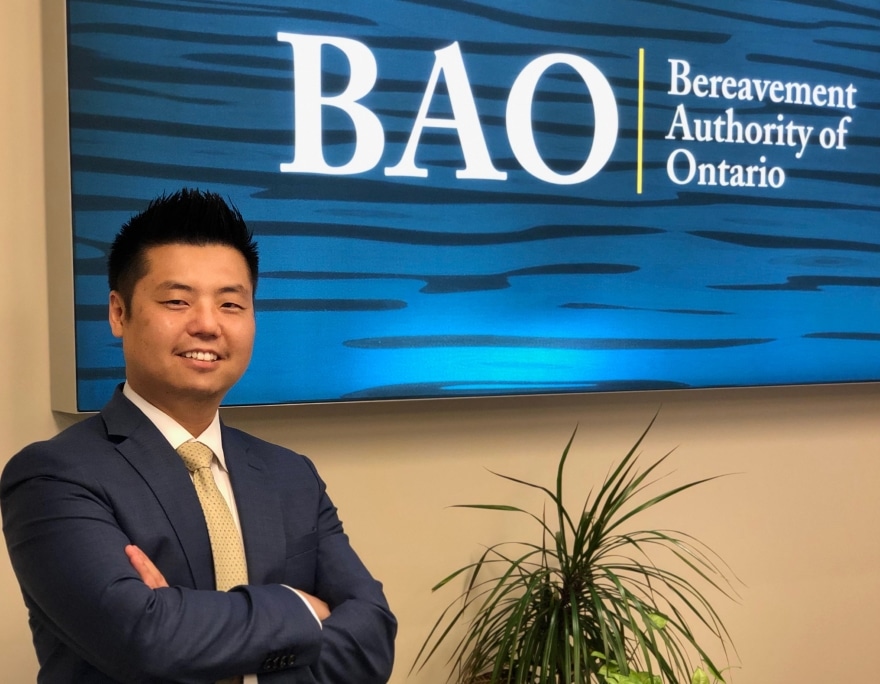 In Ontario, attorney John Park is there if things go wrong. He’s the director of legal services and privacy officer for the Bereavement Authority of Ontario, often called by its acronym, BAO.

“I prosecute when people are being taken advantage of at the worst times of their lives,” Park says, although prosecution is only part of overseeing provincial funeral businesses.

“I became an in-house lawyer out of necessity in order to choose the balance of life,” Park summarizes, “but I ended up really liking it and the current role I’m in allows me to carry the two hats.”

The BAO works on behalf of the Ontario Ministry of Government and Consumer Services, administering the regulatory framework of laws enacted in 2002. The rules cover the industry from licensing funeral establishments, funeral directors, and sales reps offering cemetery lots or crematorium services to the operations of the businesses. Park, 41, says the BAO operates in three modes as an industry watchdog.

“We’re a regulator in the classical sense that we regulate the trades,” Park says. “If we see you are not licensed but doing business, we can charge and prosecute you for practicing without a license.”

If a licensed business is improperly using funds in trusts set aside to prepay funeral costs, the BAO can also investigate and, if appropriate, can seek to revoke its license as part of a civil hearing where the license holder presents a defense against the complaint.

“A lot of times when we are considering taking measures against funeral directors, we’re looking to see if they are maintaining public safety standards and whether they are treating the deceased’s remains in a dignified way,” Park says.

Park came to the public sector law after starting his career as a defense attorney.

“People like John know the regulatory world,” says Jillian Siskind, who has her own Toronto firm specializing in regulatory law, Jillian M. Siskind & Associates, and was once a criminal prosecutor who shifted in-house to regulatory agencies. 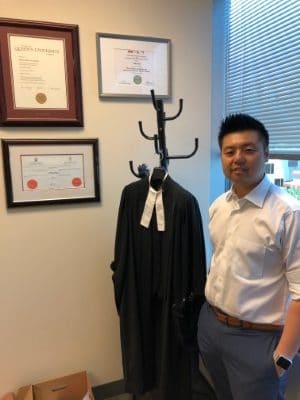 She and Park worked together when Park was at the Ontario College of Trades, she says, and she was impressed by how he merged the litigation and oversight facets of their work.

“You have to balance competing interests,” Siskind says. “In litigation or tribunal hearings on behalf of regulators, you take a different approach than you do with private sector litigants; with regulatory enforcement, it isn’t just about winning—you are truly seeking the truth in order to protect the public interest.”

A greener way of going

The rules Park enforces are not yet 20 years old, but still do not cover new shifts in the industry such as “green” funerals, which may use biodegradable caskets and forgo cremation or embalming fluids.

Park says the provincial law doesn’t spell out precisely how the newer trends in funeral industries ought to be regulated, such as “green” funerals or an alternative to cremation, such as using alkaline hydrolysis, which reduces remains to bone fragments without using flame.

“What was always accepted as a traditional funeral, those are changing,” Park notes, as people increasingly look for creative and culturally fitting ways to memorialize someone.

A graduate of McGill University with a Bachelor of Science in physiology, Park earned his Juris Doctor from Queen’s University in 2005 and began his career as a criminal defense attorney. He says he did not set out to serve only in Toronto’s Asian communities, but a case where he represented a man accused of bilking Koreans studying in Toronto gave him visibility.

In another case, where he sought a mental health assessment for an Asian defendant, he came in contact with the Hong Fook Mental Health Association, a vital social service agency he has now made a personal cause.

Park has been a Hong Fook board member for the last three years, and is now its president. The agency, founded in 1982, specializes in linking people in need with psychiatrists or psychologists who speak Asian languages, and was recently recognized by the American Psychiatric Association for advancing minority mental health.

After learning of Hong Fook, Park says he was asked to volunteer there through the local Korean/Canadian Cultural Association. He was drawn to help because services are not always easy to find, and people needing them are not always ready to ask for help.

“What attracted me to Hong Fook was that I was always in public service and wanted to continue serving the public,” Park says. “I saw it as an opportunity to be involved with an organization that can make a big impact in social welfare in Toronto.”

His government work began with the Ontario Motor Vehicle Industry Council before he became a prosecution counsel for the Ontario College of Trades. In January 2019, he joined the BAO. Park’s shift into regulatory law fit what he needed as he helps raise a family, but did come with some sacrifices.

“When I went from the criminal bar to regulatory prosecution work, I had to work through the ranks again,” he says. “So I started at the bottom. I had to prove my worth as a lawyer who can win cases. I’m glad things worked out for me in the end and got the promotion.”

So Park stays busy, but the late night and weekend calls he got to defend people are a thing of the past though he still gets the rush of adrenaline taking cases to court.

“I think the common denominator for me as a criminal lawyer and now is I’m always involved in the human drama,” Park says. “This is common for all regulators. This isn’t about money, it is about people relations.” 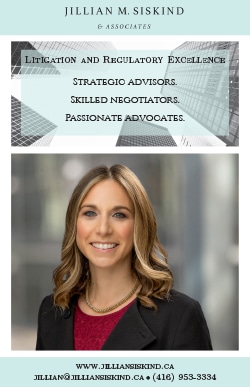