He can be one for understatements, the mild-mannered Randall V. Macchi, who applies his legal and business reasoning to one of the most emotional of contemporary issues.

But he’s not tub-thumping for the Second Amendment so much as he is trying to help Americans understand and stay on the right side of the law. And that can be a challenge with gun laws so different and subject to change in every jurisdiction. 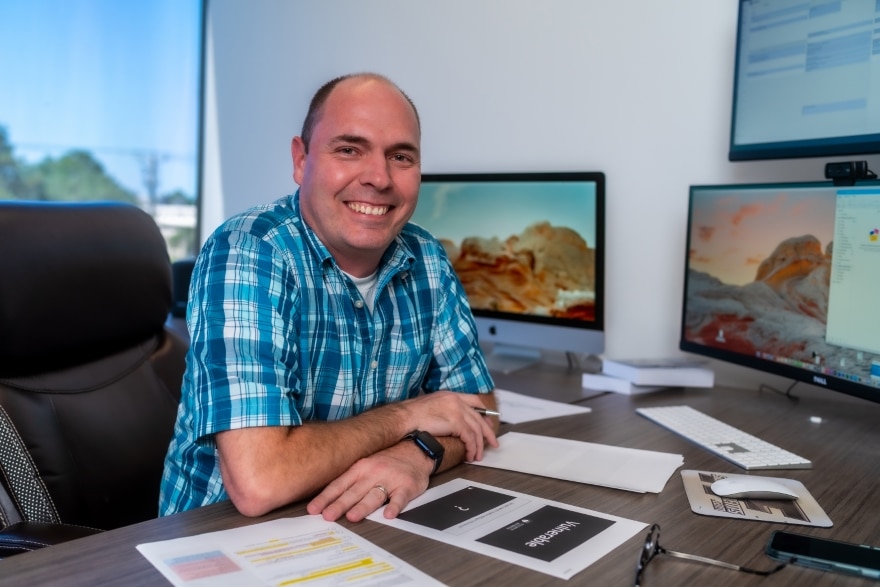 “Any issue involving firearms will be politically charged these days,” says the general counsel and chief operating officer of Houston-based U.S. LawShield. “But our experience has been the average American is willing to listen to different viewpoints and wants to be educated as much as possible. We have the platform to do so.”

So what is U.S. LawShield? It’s a hybrid of sorts, a provider of specialty insurance and prepaid legal coverage for almost 700,000 dues-paying members, for whom it will provide a legal defense should they face criminal or civil charges from a self-defense incident, often involving a firearm.

“The average person cannot afford to pay a lawyer for months, if not years of legal work to convince a jury they did nothing legally wrong while defending themself,” Macchi tells Vanguard this past April, with much talk of new gun laws at the state and national levels. “For their peace of mind, they can have someone there that really knows the system and the law.”

That’s immediate access to a defense lawyer, Macchi explaining that U.S. LawShield contracts with attorneys nationwide, and there’s no fee beyond a member’s annual dues and no cap on hours spent on a case. He’s also proud to provide anecdotes of how his employer has made a difference.

For it was a U.S. LawShield member and retired deputy sheriff, 71-year-old Jack Wilson, who minimized the carnage of a career criminal at a 2019 Christmastime service at the West Freeway Church of Christ near Fort Worth.

A member of the church’s volunteer security team, Wilson—as allowed through a 2017 law that followed a previous Texas church shooting—brought a concealed gun to the service. During communion, Keith Kinnunen—his identity masked by fake beard and sunglasses—opened fire with a shotgun, killing a deacon and another churchgoer, before Wilson put him down with a single head shot. 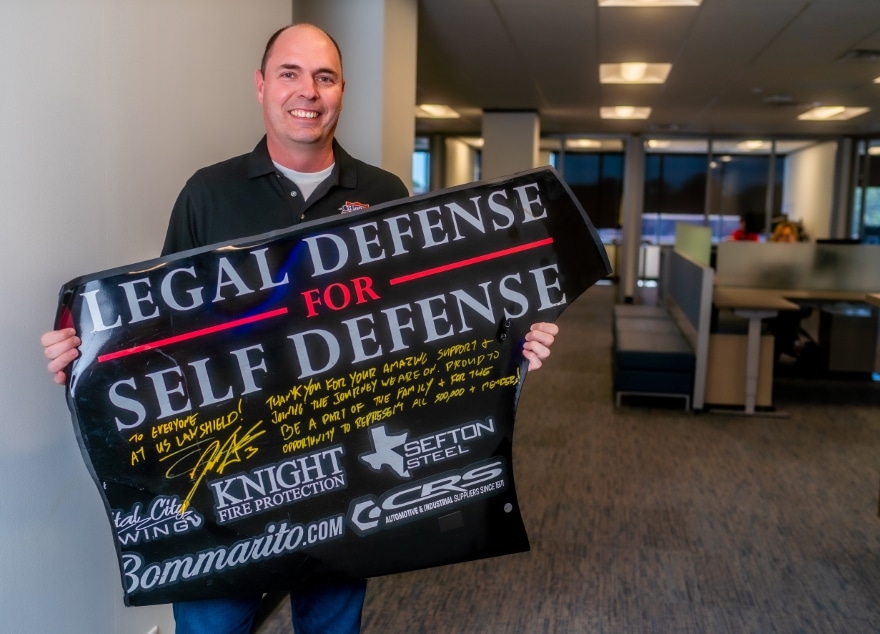 Though hailed as a hero a few weeks later in a ceremony led by Gov. Greg Abbott, it took nine months before Texas authorities returned Wilson’s gun and a grand jury formally cleared him of potential criminal charges. A U.S. LawShield independent program attorney was with Wilson every step of the way, and Macchi speculates how different the results of the case might have been, if not so high profile.

“When the governor gives you a medal it’s a good sign that you won’t be charged, but for nine months Jack had to live with the uncertainty of how a grand jury would react to his case,” he says. “Think of how different it might have been for him if not for the publicity.”

Another Texan, a female realtor, also benefited from the company’s services after an unfortunate, but perhaps unavoidable, incident in which she was cleared of criminal charges but still sued for personal injuries.

Alone at night, she had set her home alarm which went off while she was upstairs in the shower. Another realtor had come by unannounced and was showing the house to a prospective buyer who was also an off-duty police officer. In the confusion the off-duty officer was wounded by gunfire. U.S. LawShield provided an entire law firm of independent program attorneys advocating for her every step of the way.

“The typical gun owner could not come close to affording an attorney, much less an entire law firm, to spend more than a year on the discover, motion practice and trial preparation involved in the civil case,” says Macchi. 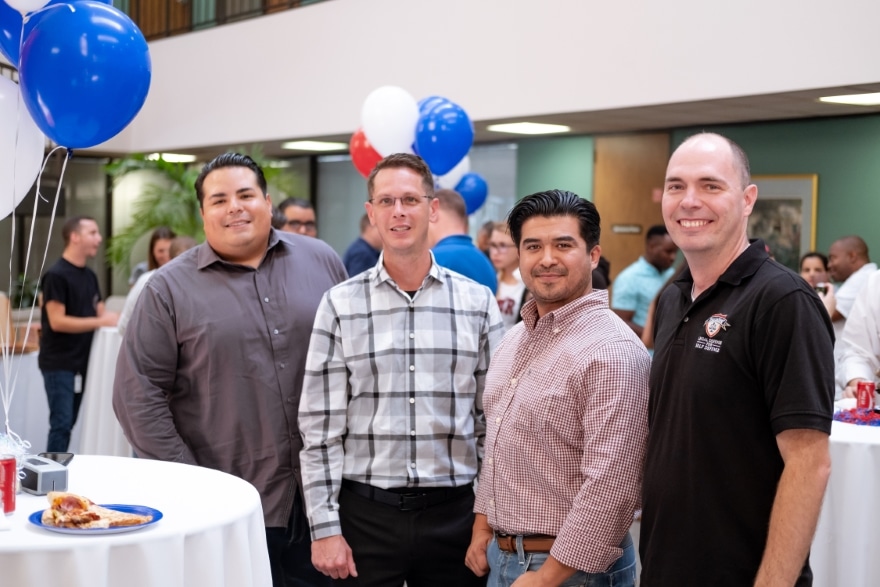 The U.S. LawShield member was ultimately cleared criminally and had the civil case dismissed.

The outcome in either or both cases could have been different elsewhere, with Macchi advising any gunowner to know the law. Texas allows the use of force or even deadly force to protect property under certain circumstances, whereas some states, including Pennsylvania, do not.

“If you’re in Philadelphia and someone steals your SUV, just let it go and call the police,” he says. “That’s part of being law-abiding in Pennsylvania, which is what we are.”

And you might say he wrote the book on compliance—literally. It factored in Macchi ascending to his positions with U.S. LawShield in 2014.

Going by the book

A 2010 University of Houston Law Center graduate, he was chief operating officer of his own firm, Carroll Macchi, a few years later, where he advised corporate clients on regulatory matters. Having been informed by a friend that a company known as U.S. LawShield needed a lawyer to write a book on gun laws—and not just any book—his interest was piqued enough to investigate the opportunity.

“A legal book that’s not for lawyers,” says Macchi, who ultimately was hired. “When you read statutes, it gets confusing. This is in plain English, 381 pages, and that was no small undertaking over the course of six months.” 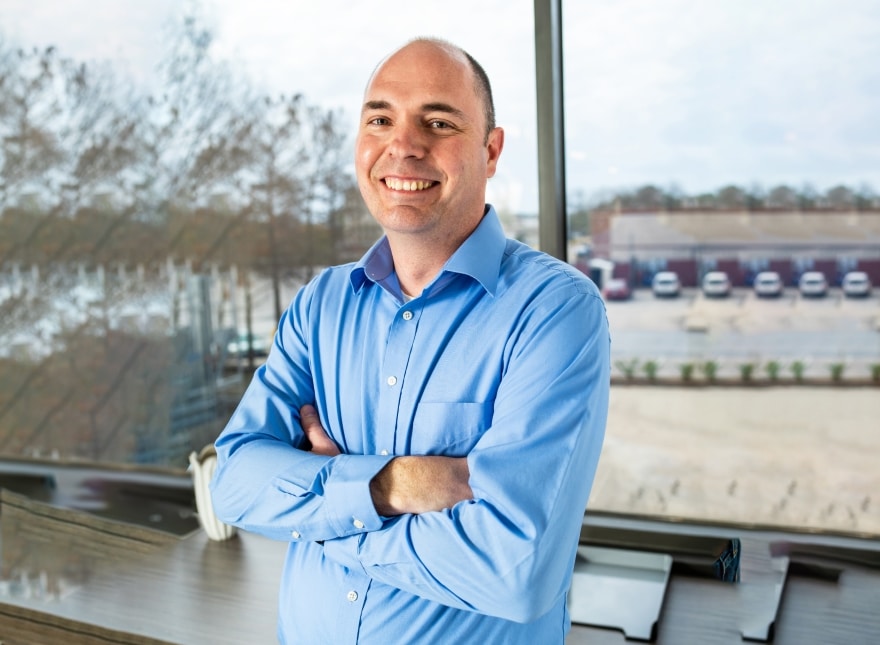 That first volume of “Texas Gun Law: Armed and Educated” led to the company contracting with its network of program lawyers to produce similar books for other states. Just ensuring those books are updated every legislative cycle can be a job on its own, but the 40-year-old father of four boys is adept at juggling responsibilities at home and on the job.

As COO he’s got a merchandising line, that includes apparel, to oversee and vendor relationships to nurture. He drafts and reviews contracts with outside lawyers, handles the regulatory compliance in every state and is one of the public faces of U.S. LawShield.

He doesn’t want it mistaken for a political organization, as U.S. LawShield doesn’t lobby and opts for a more collaborative than combative approach when it comes to politics.

“We’re apolitical with the exception that we’re pro-freedom, pro-liberty and pro-Second Amendment,” he says. “The law is the law and whether or not we agree with it is irrelevant. But where we shine is in how we help our members understand and legally operate under it, so that their rights are protected and their freedoms secure.”

But with hundreds of state and national gun laws so subject to kneejerk change—especially after a mass casualty—compliance can be a challenge. For that Macchi directs inquiries to the ever-growing and constantly updated “Armed and Educated” series.

“When someone acts in self-defense, they’re the victim first,” he says. “When law enforcement arrives, it’s to catalog what happened and then for the legal system to determine right or wrong. But you wouldn’t want to go there alone.” 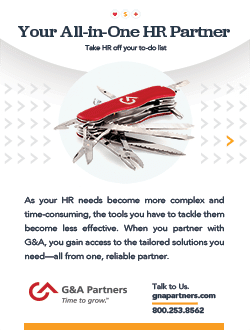 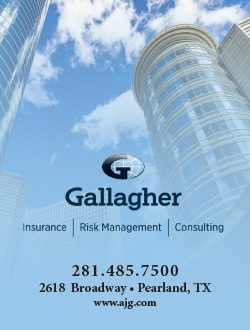 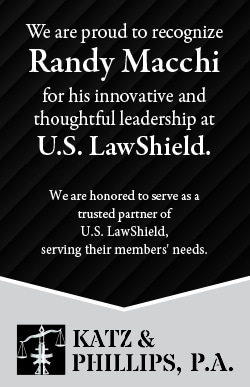 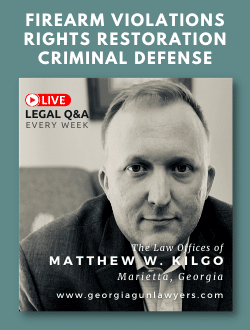 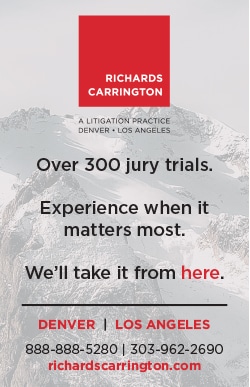 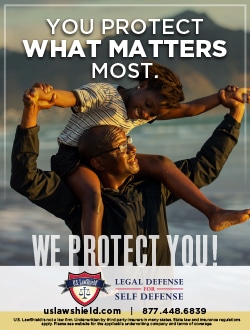 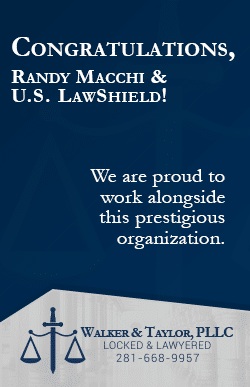