On a Tuesday afternoon in late October, just months after competing with 4,500 peers to win the 2018 Global Counsel Employment Lawyer of the Year Award, Kate Peterson prefaced her first interview with Vanguard with a confession: She’d come to work in mismatching shoes, and she was just realizing it.

Such is the self-effacing way that has so endeared Peterson to coworkers and colleagues during her nearly 12 years at Citizens Bank. 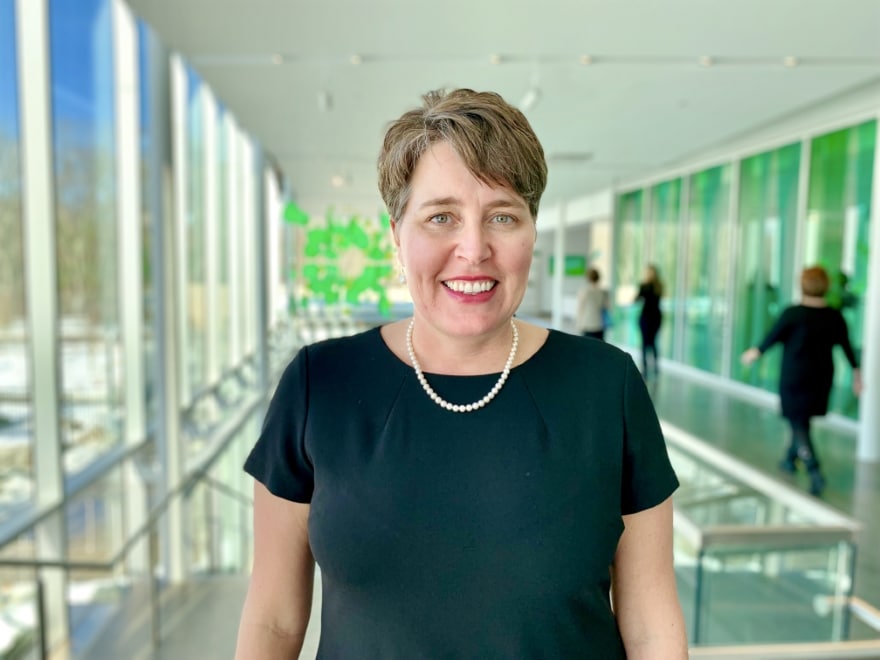 “I make mistakes just like everyone else. I just want them to all be as minor as mis-matched shoes,” says Peterson, vice president and senior legal counsel for Citizens, from her office in the bank’s brand-new Johnston, Rhode Island, headquarters. “One thing I’ve always taken a lot of pride in is being able to connect and relate with anyone, no matter who they are or where they are from.”

After spending more than a decade as a leader in the company’s employment law and litigation group, Peterson was recently tapped to assume a different role: helping shepherd Citizens’ wealth-management division.

So far, the learning curve has been plenty steep. Even if the legal footwear she uses to climb it still feels like the perfect fit.

On January 2, Citizens Bank announced it had finalized its acquisition of Clarfeld Financial Advisors (CFA), a leading wealth management firm with over $7.5 billion in assets. All told, the combined firm will oversee approximately $34.1 billion in assets under management and administration.

For Peterson, the resulting workload gave a new meaning to on-the-job training. Working closely with colleagues in the bank’s wealth management division, weeks of due diligence were conducted: reviewing disclosure documents, scouring for any whiff of risk exposure, and gauging the firm’s compliance standing with the Securities and Exchange Commission—particularly regarding anti-money laundering laws.

“You really have to turn over every stone to ensure you’re addressing every legal, compliance, regulatory and risk issue,” Peterson says. “Learning more about the regulatory landscape, while in the midst of an acquisition, has been especially exciting and educational.”

More broadly, Peterson helped ensure the integration of the two businesses went as smoothly as possible.

Prior to her arrival at Citizens in 2007, Peterson spent seven years in private practice, specializing in litigation and employment law. Suffice it to say, the experience prepared her well. 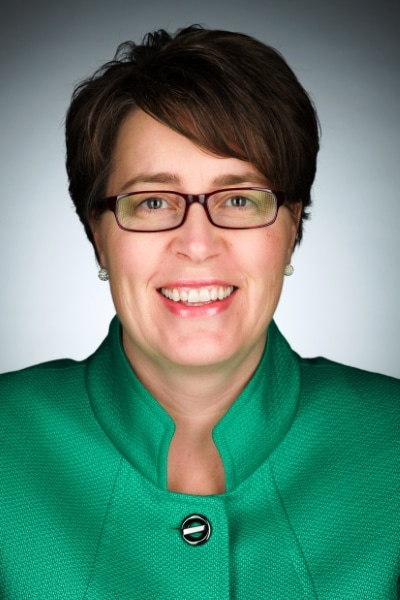 Upon joining Citizens, Peterson’s duties fell into three buckets. The first was daily legal advice and counseling, including managing the stream of inquiries on anything and everything relating to an employee’s life cycle at the bank.

The second—and most pressing—was litigation management: lawsuits brought by current and former employees relating to (among other things) wage and hour disputes, harassment, discrimination, breach of contract or wrongful termination.

“The goal of any in-house attorney is to educate managers on how to get out in front of an issue before it becomes a major issue or ends up in litigation,” Peterson explains. “The goal is to establish yourself as a trusted advisor so that the business leaders save a seat for you at their management meetings. That way you can bring your voice to bear and advise of possible legal risk before the issue escalates.Therefore, it’s critical as in-house attorney to be agile and be able to view issues through both a legal and business lens.”

But it was her work on special projects—including development of employee training programs—where Peterson left her most indelible mark. For example, in 2018, she created the bank’s first ever training manual to address unconscious bias, or the tendency for learned stereotypes to unintentionally manifest themselves in personnel-related decisions.

Through it all, Peterson sought to cultivate an environment where “all thoughts are welcome, and a variety of thought should be embraced” in helping shape the company’s policy.

In other words, an arena of ideas not so dissimilar from the one she grew up in.

As a child, Peterson remembers getting into near-daily arguments with her two older brothers. That is, until their father, a successful Boston attorney, came up with a novel solution.

“He would sit us down at the kitchen table and we’d each get a chance to make our argument or debate an issue in a structured, regimented way,” Peterson recalls. “It made for a competitive, but mostly civil, way to make our case. Not surprisingly, all three of us are lawyers now.”

After graduating from Providence College in 1995, Peterson attended the Boston University School of Law, earning her J.D. in 1999 (and a master’s in public health and health law the following year).

From 2000 to 2007, Peterson served as a litigation and employment law associate for the firms of Sullivan and Worcester (Boston) and Hinckley, Allen & Snyder LLP (located in Boston and Providence).

Eager to try her hand in-house, Peterson joined Citizens in 2007. And while the subsequent 12 years haven’t lacked for challenges, the rewards have been more than worth it, culminating in what she calls the “single most gratifying moment” of her professional career: the 2018 Global Counsel Employment Lawyer of the Year award.

All told, candidates for the award received more than 4,500 written recommendations on their behalf. 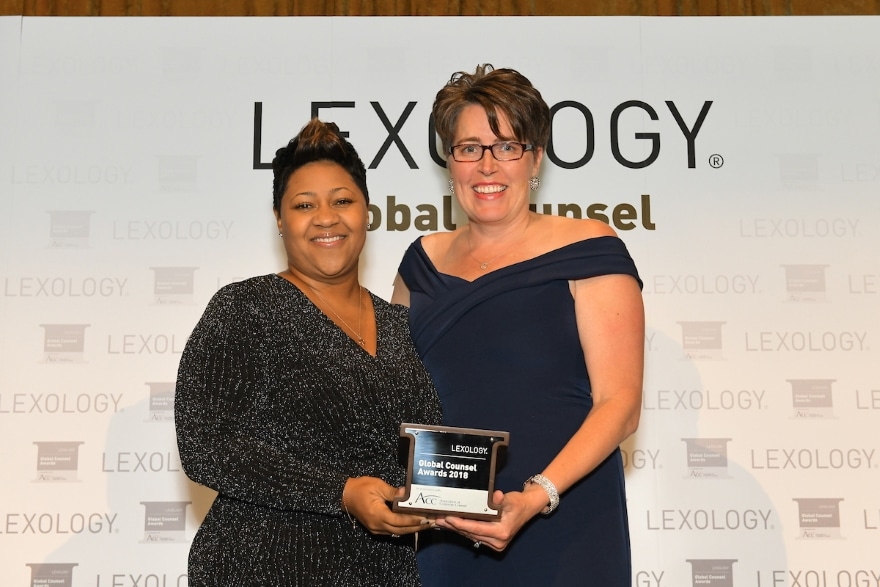 “I have heard Kate speak on panels and watched her in action at these events,” wrote Brenda Sharton, global chair of Goodwin Procter’s privacy & cybersecurity practice and chair of the firm’s business litigation practice. “She clearly has the respect and admiration of the top in-house counsel of major financial institutions, who seek her out and value her opinion, not only on legal matters but on industry matters as a whole.”

Mark Batten, co-head of the class and collective actions group at Proskauer Rose LLP, was equally effusive in his praise, highlighting Peterson’s knack for communication—one that was readily apparent during her interview with Vanguard.

“Kate has an admirable ability to explain complicated legal issues to her internal clients, without being intimidating,” Batten said. “She also manages to demand the highest level of service from her outside counsel while remaining charming and gracious.”

For Peterson, it was an honor of a lifetime—albeit a bit of a shock.

“I know it sounds very cliché,” says Peterson, “but just being nominated and attending the black tie gala at Cipriani’s in New York City with my husband and Citizens colleagues along with dozens of amazingly talented lawyers from across the globe, it was beyond my wildest expectation. Then to hear my name called, it was like my own Oscars moment.”

For Peterson, what stood out the most was that all of her nominations were submitted anonymously by partners from outside law firms: Attorneys with whom she’d developed relationships by rolling up her sleeves and taking an active role in the issue or litigation.

Of course, the words themselves were hardly a distant second.

“The fact that partners at outside law firms took the time to write recommendations on my behalf—it was, and still is, very overwhelming and humbling,” Peterson says. “I plan on bringing that same focus and work ethic to my new role.”

Imbued as it is with legal rigor and financial forward thinking, her new job is nothing if not a balancing act. 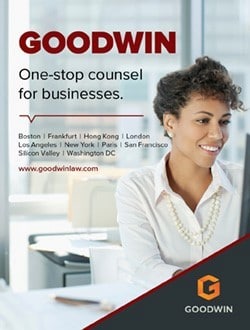 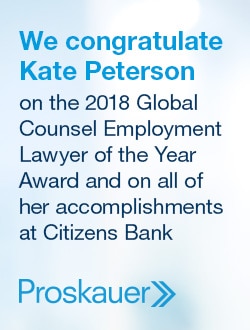