Looking beyond the first COVID wave

His forecast calling for a wave of litigation later this year, Neil Rosolinsky is seeing early the mounting ripples of class-action lawsuits against banks. He remembers how banks bore so much blame for the previous economic crisis, though the Great Recession may pale in comparison with the strife being brought on by COVID-19.

This spring, the national unemployment rate was nearing 15 percent with the stock market and all major industries staggering and suffering. There’s also been widespread dissatisfaction with federal stimulus efforts calling upon banks to make low-interest and sometimes forgivable loans to distressed companies—there were initially more applicants than the first couple of rollouts of the Paycheck Protection Program could accommodate. 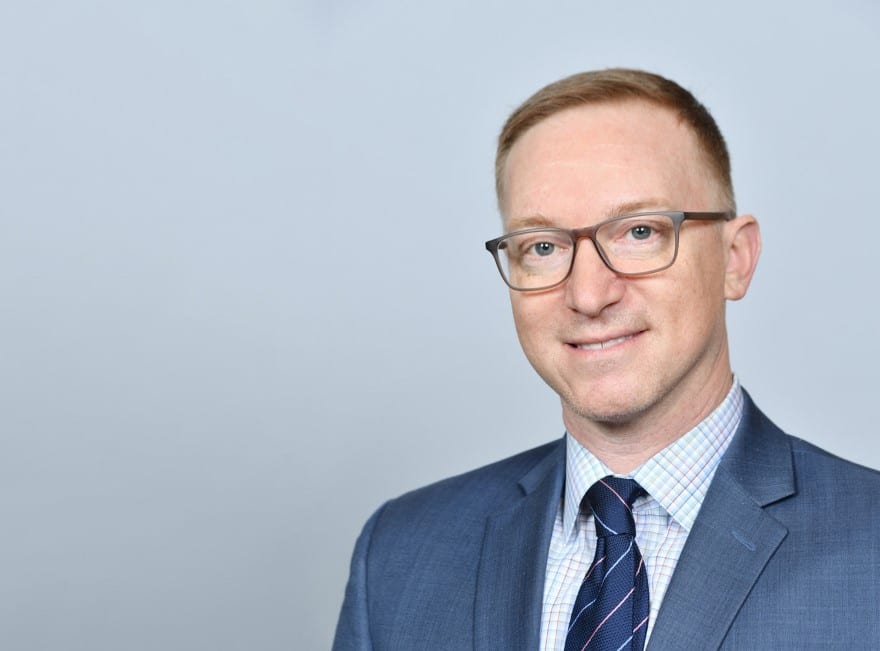 Deputy general counsel for litigation and employment for Citizens Financial Group since April 2014, Rosolinsky is relieved that his bank has not been alleged by class-action plaintiffs of extending favorable treatment to big-ticket applicants while bypassing small and modest-sized companies. But he anticipates there could be litigation en route for any bank.

“We have to be thinking six or 12 months from now, because that’s when most litigation happens after something like this,” Rosolinsky tells Vanguard in May while working remotely from the Poconos in Pennsylvania, from the home he shares with his wife and two children.

“My role is to ready Citizens to understand something that has never happened before, and how to best serve our customers while mitigating risk to ourselves.”

In his advice to Citizens colleagues, Rosolinsky has stressed the importance of emphasizing quality over quantity when extending those very conditional PPP loans that have grown into a nearly $700 billion segment of the $2 trillion-plus Coronavirus Aid, Relief, and Economic Security Act. Though it’s federal money, the PPP dollars are still being funneled through states, and with Citizens banks in 14 states and its employees in more than 40, the lender must abide by unique regulations in every jurisdiction. 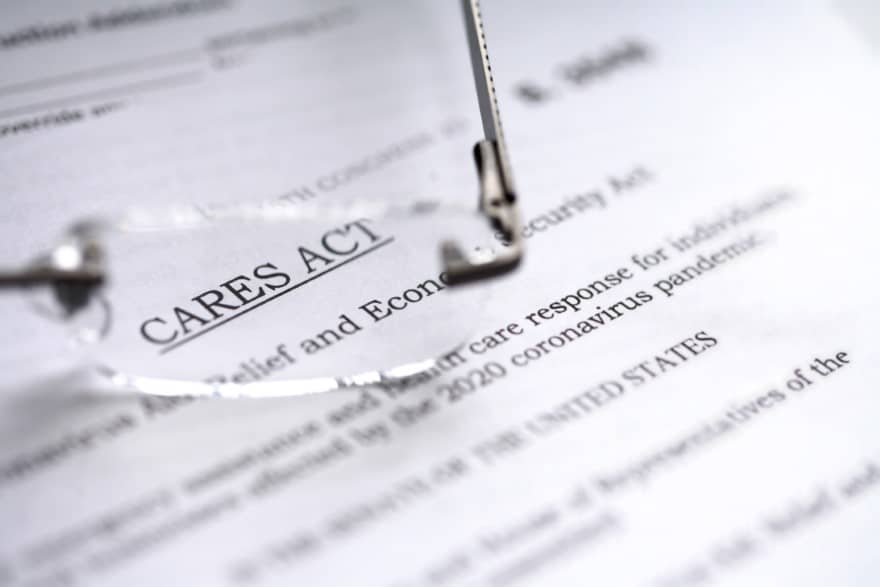 And even that much money won’t mollify every aggrieved party, the U.S. Justice Department looking into allegations that some of the nation’s biggest banks prioritized applicants whose reimbursement would be highest. Rosolinsky renders no judgment on what other banks may or may not have done; he’d just like Citizens to avoid courtroom proceedings and the headlines that ensue.

He makes clear the best approach comes from scrutinizing PPP applications and listening to customer concerns. It’s important for applicant to have been in business on or before Feb. 15, have 500 or fewer employees; and be SBA 7(a) loan eligible, which means less than $7.5 million in annual revenue during the past three years, net income under $5 million, and tangible net worth under $15 million.

Then there are payback rules that might compromise loan forgiveness if an employer culled the full-time workforce, reduced salaries of those earning less than $100,000 or didn’t spend 75 percent of the PPP within two months. That last stipulation may prove impractical for many distressed business owners whose storefronts were shuttered and/or hours reduced by state or local mandate.

In upcoming months, Rosolinsky will focus on how to lessen a slew of risks while being just as mindful of other responsibilities that include employment law.

“So many different state and local regulations are being put out there with regard to us operating as an essential business,” he notes. “The masks, the social distancing, even new ordinances on what questions we can ask customers in some branches. And, of course, monitoring all the litigation against the other banks.” 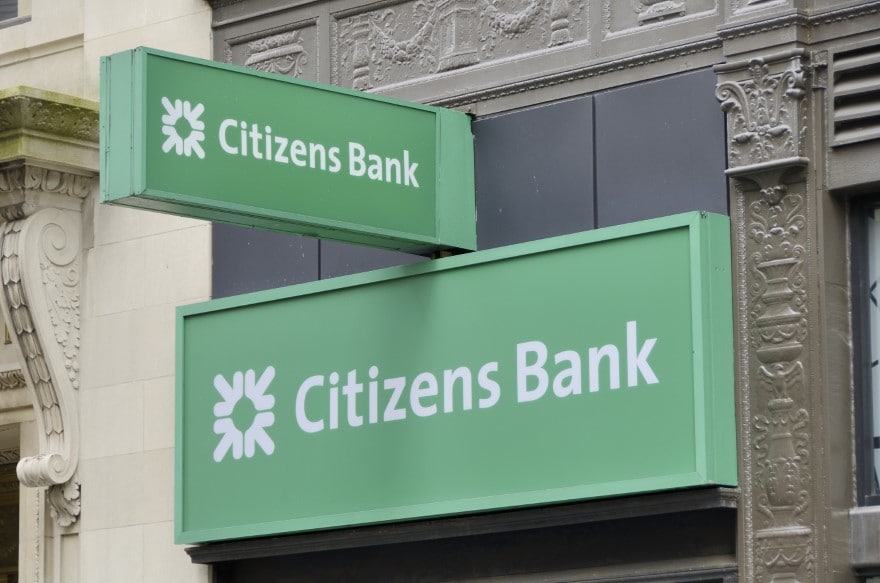 But that litigation—and ensuing legislation—is to be expected, Rosolinsky says, drawing parallels between COVID-19 and the Great Recession whose aftermath saw lawsuits aplenty as well as banks losing money on mortgage defaults, interbank lending frozen, credit to consumers and businesses drying up, and the very controversial Dodd-Frank Wall Street Reform And Consumer Protection Act.

That recession also coincided with Rosolinsky’s six-year stretch as The Royal Bank of Scotland’s head of employment law for the Americas. He’d acquit himself by, among other endeavors, helping to keep that bank afloat, with one measure being the 2014 spinning off of its Citizens Bank into its own publicly traded entity.

His accomplishments during that time period resulted in him being offered his current role which goes beyond the employment law responsibilities he held and includes heading all litigation. “A huge bump in responsibility and scope with a company going public,” he says. “But an incredible opportunity that I was pleased to accept.”

From Rudy to banks

A New York University undergrad who earned his juris doctorate from The George Washington University Law School, Rosolinsky spent 2000 to 2003 as a litigator with the New York City Law Department, which represents the mayor (then Rudy Giuliani), other elected officials and municipal agencies. 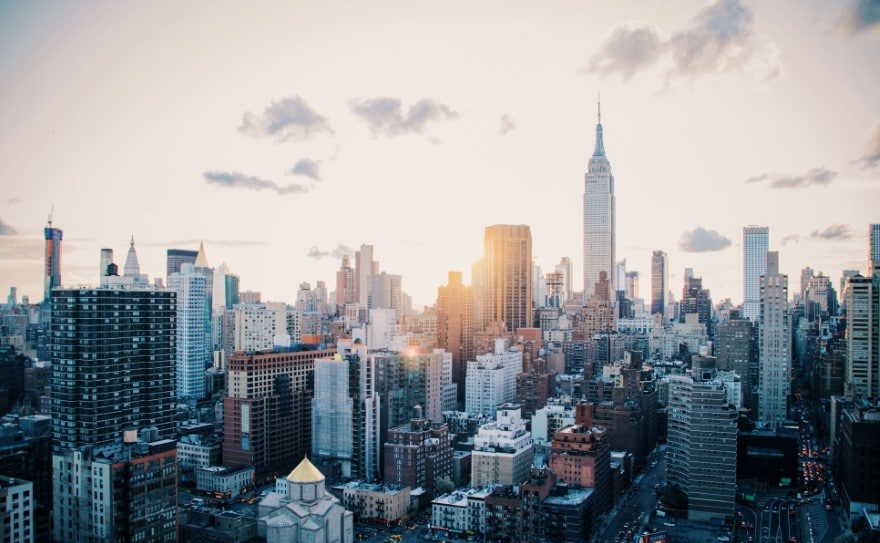 With hundreds of lawyers on staff, its legal department was the second largest in the Big Apple at the time, trailing only Skadden, Arps, Slate, Meagher & Flom. Somehow Rosolinsky distinguished himself in that pack, with a bent toward employment litigation law that he’d take to Abbott, Reiss & Allen from 2003 to 2005, and to Reed Smith from 2005 to 2008.

At Reed Smith his clients included The Royal Bank of Scotland, which was transitioning into a holding company type format because it was so immense, and one of those entities was going to oversee the Americas. Rosolinsky being a primary counsel for litigation and employment issues in the United States, he was brought in-house on a secondment from Reed Smith which quickly turned permanent in 2008.

A few months later the Great Recession was real, and the ensuing years would have Rosolinsky sharpening his creds in risk aversion while advancing the business. Those creds are now much in demand as there’s an even more severe crisis for him to help his employer navigate. There’s been a lot of adjusting on the fly, he says, with most personnel working remotely and so much grey in new rules and regulations. 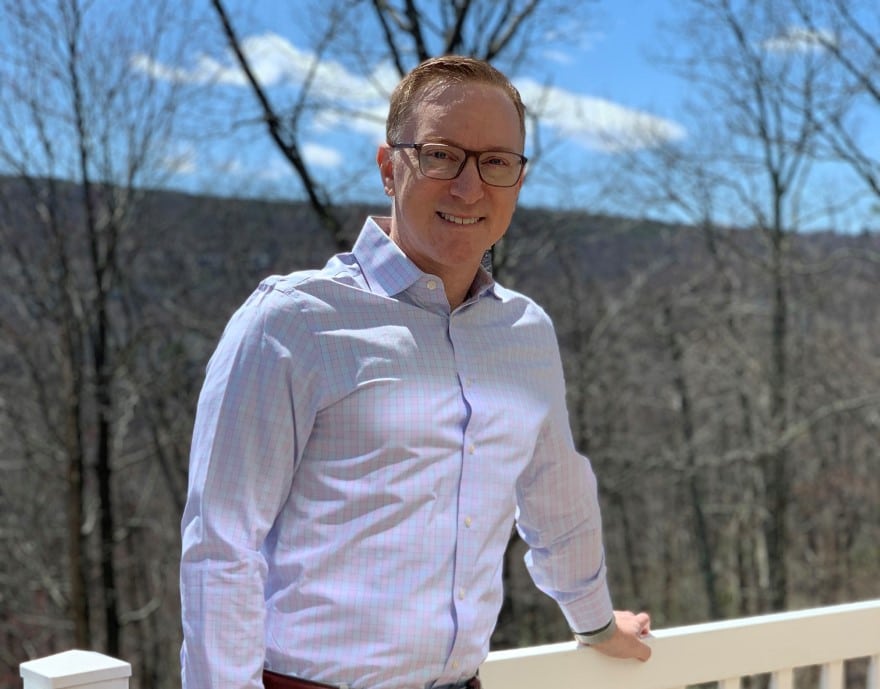 Not much precedent to fall back on, he says, but a need to look forward and work as a team.

“It’s certainly been a challenge in many respects,” Rosolinsky says. “But all hands are on deck and the legal team is doing some things that are more business than legal in nature. I’ve been very impressed with everyone’s engagement and flexibility, but even with great connectivity you miss the social connection.” 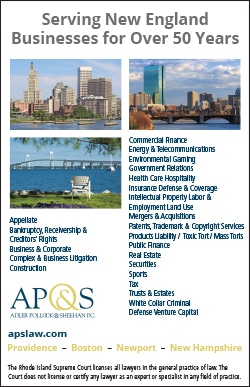 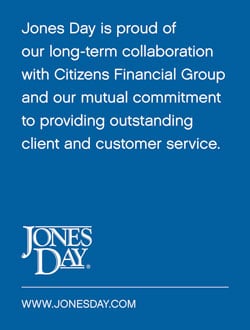 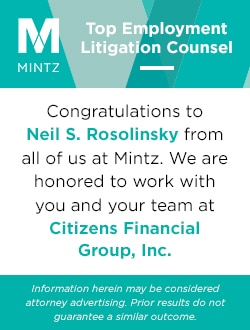