On the legislative and regulatory fronts, few matters change faster than labor law, Kelly Koster muses from her office at Pride Global, a company that last summer entrusted her with, among other duties, keeping abreast of changes nationwide and sometimes abroad.

For Pride Global is the employer of record for thousands of temporary workers provided to its corporate clients both large and small nationwide, with rules differing state to state and even city to city. In many cases, laws are growing more employee-friendly, something Koster applauds while warning that the penalties for shortcomings can be significant. 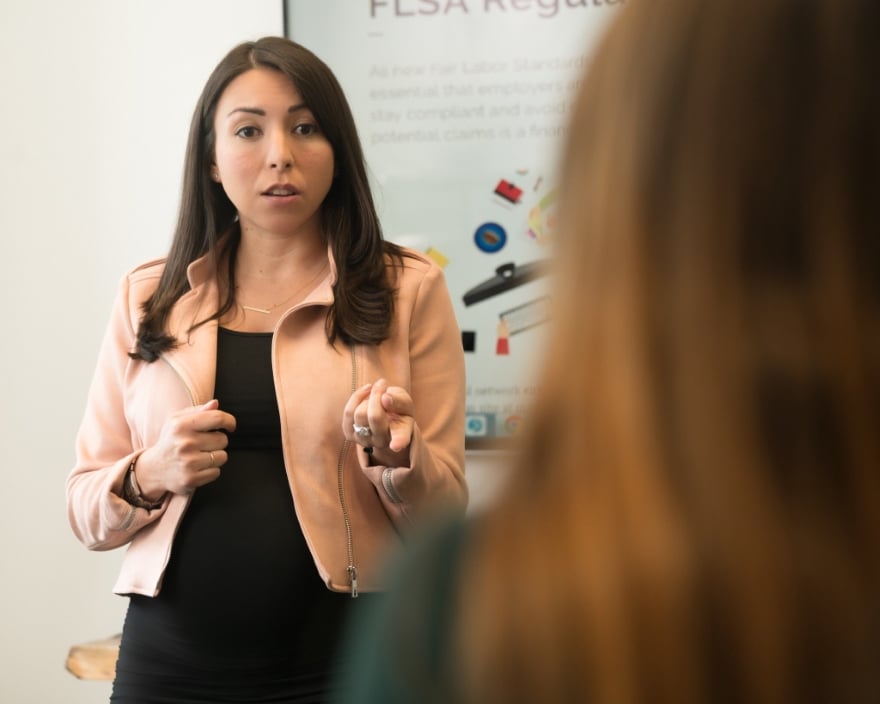 “In Minnesota, there’s paid sick leave in the Twin Cities but not outside Minneapolis and St. Paul,” she tells Vanguard in April. “New York and California now require anti-harassment training. New York City’s requirements differ than those of New York State. Paid family leave time in New York wasn’t around three years ago and will soon be 12 weeks once fully phased in. Everything’s changing; so how does a company get ahead of the game?”

Koster may be asking that question rhetorically, for earlier this year her employer launched a new division, Pride Compliance, that’s assisting all its stakeholders—client companies, vendors and internal employees—in doing just that, with her in charge.

It is too early to fully evaluate Pride Compliance, Koster says, but the initial reviews have been encouraging. After all, for many companies, HR is a non-revenue generating department that, given their druthers, they’d probably choose to outsource. Their options have been limited, but now companies can take advantage of the remote HR department that is Pride Compliance.

With anything under the compliance umbrella, Pride Global’s new division can be of service, Koster assures. That includes, but isn’t limited to, training sessions on sexual harassment and discrimination, guidance and counseling regarding on- and off-boarding, pay equity audits, the latest on maternity and sick leave, as well as revisions to health and safety requirements for work space.

“Pride Compliance expands our capabilities for what we really are, and that’s a human capital solutions firm, not just another headhunter,” Koster says. “Our work enables our customers to work better and concentrate on their businesses.”

With Koster’s role as general counsel now overlapping with managing Pride Compliance, her department becomes a revenue generator—a rarity. But the best corporate legal departments are full partners to the overall operation, she reminds, and when a Pride Global recruiter reached out to her last year, they likely noticed how Koster’s abilities included business as well as law.

Though women have been making impressive strides in the legal world—they now make up a majority of students at some topflight law schools—they’re still the exceptions when it comes to being general counsels. At the firms, they tend not to be among the A Team litigators. Koster may be a trail blazer. 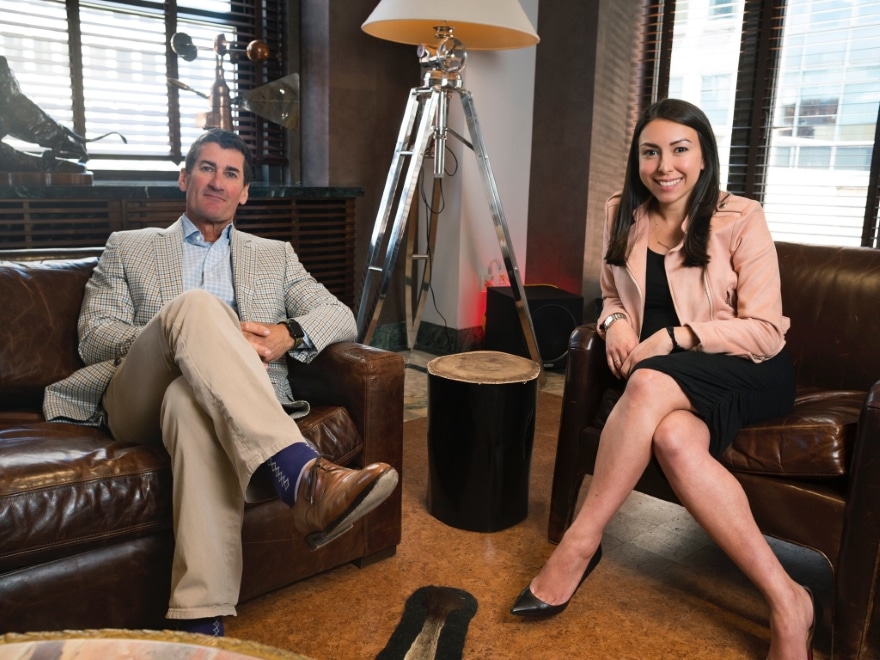 A 2009 American University law grad with a Bachelor of Science in industrial and labor relations from Cornell, Koster at a young age had distinguished herself as a litigator at three prestigious firms, achieving partnership during a three-year stretch at Eckert Seamans that preceded her coming to Pride Global as boss of the legal team.

“Anytime you have someone who doesn’t fit the stereotype, you get an interesting perspective,” she says. “Most general counsels aren’t women nor do they have a litigation background, or one in revenue generation and business development. I bring all those elements to the job.”

And her job may only be increasing in profile—Pride Global is in full growth mode with 150 additional hires in the past year. Offices have either opened or are in the process of opening in St. Louis, Denver, Baltimore and Des Moines, and new satellites in Scotland and Canada augment an extensive overseas presence that includes operations in the U.K. and India.

That expansion certainly puts extra pressure on the legal staff that must deal with myriad rules and regulations not only in the United States, but abroad as well. There seems a standing joke that a general counsel oversees the Department of No, but that’s not the case with Koster.

“Say yes and figure it out later,” Koster says, repeating the advice garnered from an Eckert Seamans partner.

Of course, she’s quick to say, that means an affirmative response when everything else either is or will be in line. And there can be no shortcomings when one is relied upon to ensure a client is on the right side of the law wherever the locale.

Much of her to-do list concerns contracts with existing and soon-to-be clients. She also fields complaints of noncompliance and manages the outside counsel in addition to the three lawyers under her wing. There are times Koster may miss the adrenaline of the courtroom, but she’s finding the new management role to be to her liking.

“I can now spend quality time on a matter without worrying about whether the client will pay or if I’ve billed enough time,” Koster says. “I’m also among my clients.”

And she appreciates working for a company that strives to share its progressive values with clients. A married 34-year-old mother of a 2-year-old son, Koster thrives under Pride Global’s flexible schedule, though it may be as much necessity as benefit, with the general counsel’s responsibilities hard to fulfill in 40 hours.

But being a lawyer is what Koster always sought to be, coming from a family of them, the most prominent being her father, Eduardo C. Robreno. The first Cuban-American to serve as a federal judge, Robreno was appointed to the Eastern District of Pennsylvania in 1992 and took senior status in 2013.

Much as his daughter admires him, he probably won’t be seeing her follow him to the bench.

“His ability to be neutral and impartial is so consistent with his temperament,” Koster says. “An advocacy role suits me more.”

All the better when it includes advocating for a company ensuring compliance to fair labor laws in the U.S. and abroad. 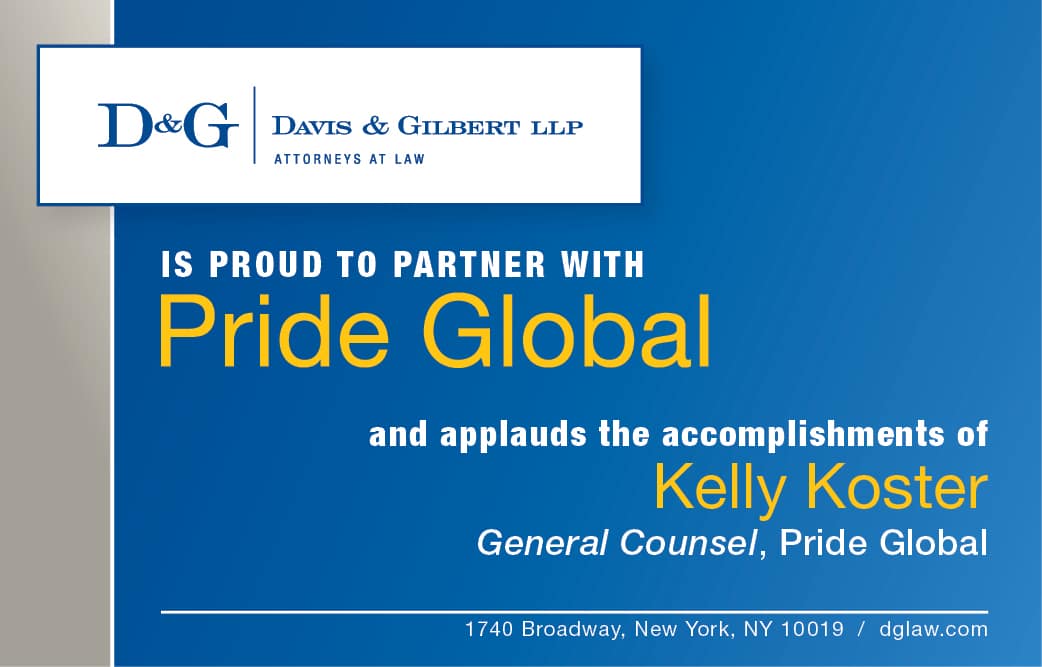