Finding a higher calling for the world’s largest commercial database

In 2016, the company used data from its global database, along with public data from the U.S. Department of State and U.S. Department of Labor, to develop the Human Trafficking Risk Index, which helps companies identify regions where forced labor and human trafficking is driving their business, often unintentionally. 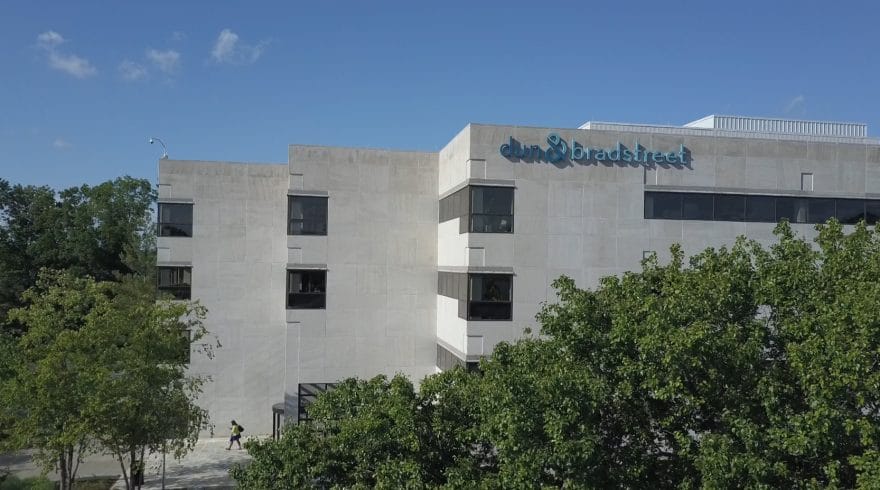 “Chairman and CEO Bob Carrigan believed that given the nature of our business and how data and analytics can drive a company’s financial success, he wanted to use those same tactics to have an added impact of doing good for the world,” she says.

As Dun & Bradstreet’s first head of global corporate citizenship, Hill is leading the charge by centralizing the company’s global philanthropy efforts and building up one of its existing, multi-faceted CSR programs, known as “Do Good.”

“It feels like a logical next step in the evolution of data, and makes perfect sense to me that companies like ours who have this very rich warehouse of data would try to figure out ways to leverage it not only for business pursuits, but philanthropic pursuits, as well,” she says.

Not her first rodeo

When, in April 2017, Carrigan asked Hill to take on the expanded role of head of global corporate citizenship, in addition to her position as chief legal officer, it wasn’t the first time a company had asked her to step up in that way.

Back in 2002, when the Sarbanes-Oxley Act expanded requirements for U.S. public companies and boards, Hill was associate general counsel and corporate secretary for Nextel Communications Inc., a large wireless telecommunications provider. While many of her colleagues and peers were nervous about the new regulation, Hill saw the new law as an opportunity for creativity.

“My whole career, I’ve always had a glass half full approach, and when I looked at Sarbanes-Oxley, I realized it opened up a whole host of ideas in terms of how to think about it and how to implement it,” she says.

After six months of research and engagement with Nextel’s board and other key stakeholders, Hill was put in charge of the company’s new corporate responsibility program. 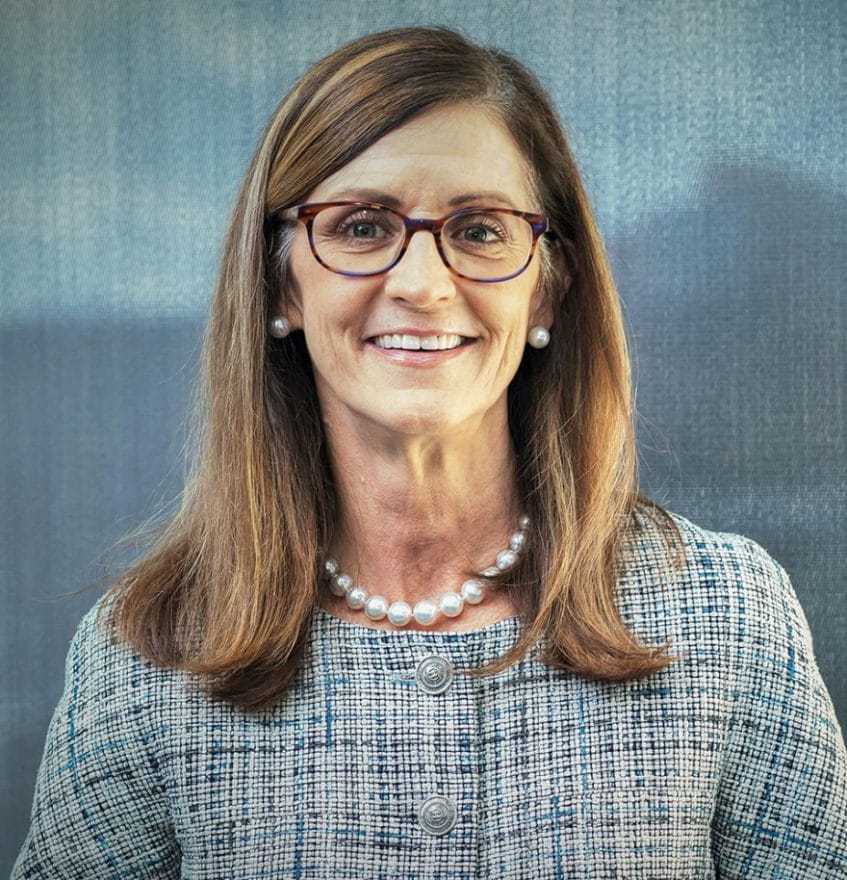 While it didn’t have the philanthropic element of Dun & Bradstreet’s mission, Hill says the experience taught her how to build a function from scratch and merge it with a business’ overall strategy.

“When Bob looked at my career, he saw how my legal and regulatory work put me at the intersection of ethical and social responsibility that he felt was missing from our overall approach,” she says.

From her background, Hill knew that before Dun & Bradstreet could do anything, it first had to take stock of what the company was already doing in terms of CSR. This was no small task, considering that even though Dun & Bradstreet is headquartered in Short Hills, New Jersey, it has offices in Canada, China, Britain, Ireland, India and Australia, and a worldwide network of partners in more than 200 markets.

Since April, Hill and her team have been taking inventory and cataloging all the time, talent and resources Dun & Bradstreet is devoting to CSR programs and philanthropies, as well as data assets that could be used to develop products.

“One of our anchor values is to be inherently generous, and the company has always encouraged that particular value in every department.”

Along with the Human Trafficking Risk Index, which is offered within the company’s Supply and Compliance portfolio, Dun & Bradstreet is also looking for ways to help companies diversify their supply chain by identifying women- and minority-owned businesses in a certain fields.

“These are the kind of ‘double bottom line’ initiatives that Bob is really interesting in capitalizing on because of how well they relate back to our goal of applying and mapping our CSR strategy to our corporate strategy,” Hill says.

For many years, Oglestree Deakins, one of the largest labor and employment law firms in the United States, has provided Dun & Bradstreet’s human resources and legal department with counsel on issues such as paid sick leave, paid equity, the Americans with Disabilities Act and much more.

“We are very involved and supportive of the company’s commitment to this issue, and for our part we try to satisfy their expectation by ensuring that the lawyers that work on their matters are diverse,” says Mark Diana, managing shareholder of Ogletree Deakins’ Morristown, New Jersey, office. “In that way, I feel our firm’s footprint matches up very well with Dun & Bradstreet.”

“One of our anchor values is to be inherently generous, and the company has always encouraged that particular value in every department,” she says.

In 2016, when a new lawyer proposed that Dun & Bradstreet’s legal team offer their services to Pro Bono Partnership, a nonprofit providing legal services to nonprofits in New Jersey, Connecticut and New York, Hill was impressed with the level of support the idea received from upper management.

In less than a year, Hill’s team has helped over 14 nonprofit organizations deal with a variety of legal matters, ranging from privacy regulations and compliance to contracts and employment policies.

In recognition of their efforts, the New Jersey chapter of Pro Bono Partnership presented Dun & Bradstreet with the Volunteers of the Year Award in 2017. 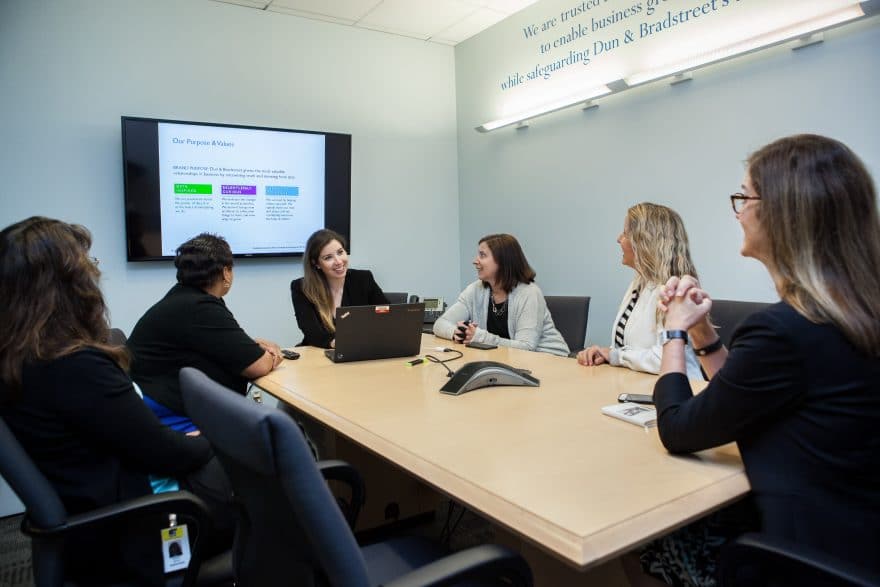 “I’ve been blessed with a wonderful legal career, but I’ve always had aspirations to have a broader impact,” she says.

And a company with similar hopes is looking to her. 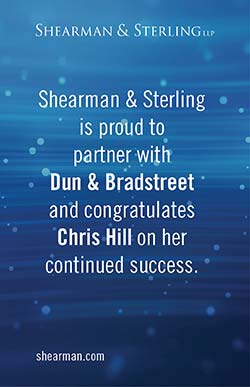 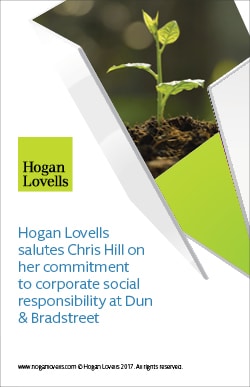