A young couple just started a family. Though there’s so much to do in the present as they adapt to parenthood, they’re also concerned about the future. Specifically, how will they pay for higher education?

Another couple is raising a child with a life-altering disability. While health insurance plans pay for medical care and devices to assist with mobility, some things aren’t covered. 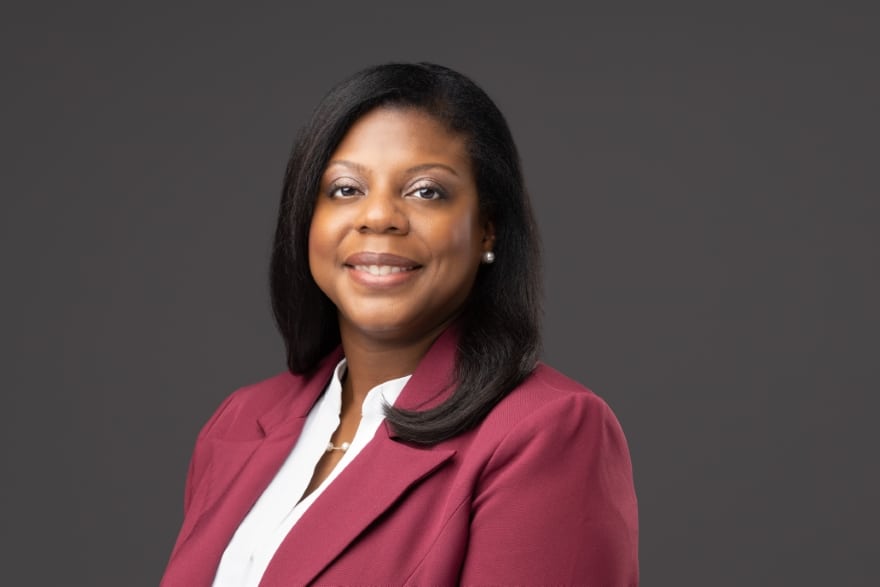 That first couple might choose to use a federally created 529 account to save for college, while the other might use an ABLE account used to pay for disability expenses. These accounts aren’t subject to federal taxes, and often they’re not subject to state taxes, so they would give the couples needed extra dollars, says Christal Fenton, an associate general counsel with Ascensus, which administers and keeps records for both types of accounts.

In her role, which includes being the company’s division lead for government savings, Fenton is building the legal team and developing the policies and processes Ascensus needs to comply with state and federal regulations. In addition to the work being meaningful, she says it’s complicated.

“As we grow, there’s increased liability,” Fenton says. “We need to be able to minimize that liability and effectively support the business.”

Many ways to save

Headquartered just outside Philadelphia in Dresher, Pennsylvania, Ascensus was founded in 1980. It currently helps more than 15 million people save while partnering with more than 80 public and private sector partners. 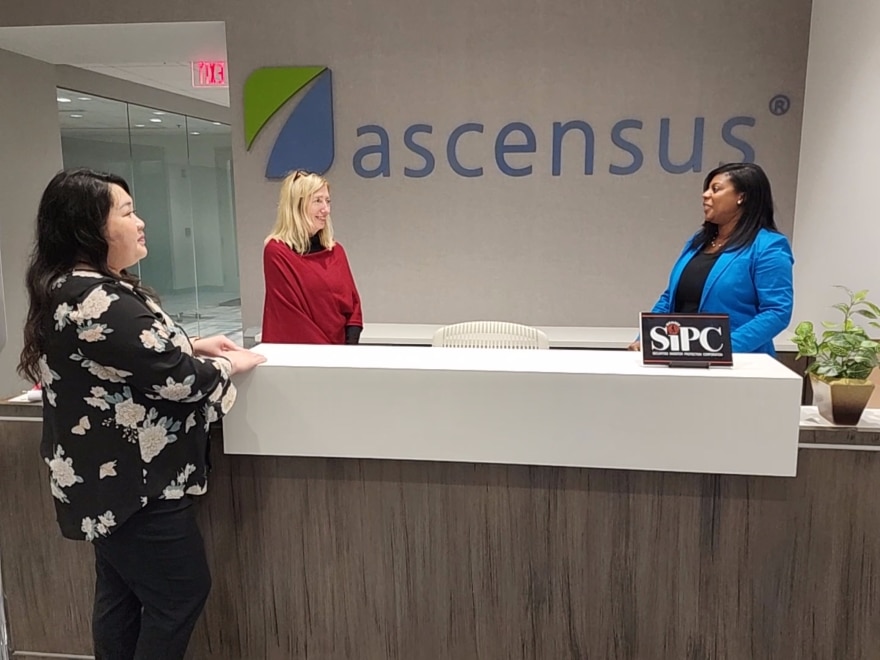 Fenton oversees three attorneys, a legal analyst and a legal assistant. The team provides counsel and guidance to the division’s executive team as it develops new products and services. It also negotiates agreements and draft program descriptions for the issuance of municipal fund securities.

Fenton and her team create and improve standards and processes to manage contracts and update disclosure documents. Soon, they’re looking to automate some of their tasks.

Among her contributions, Fenton created a training and operations manual for her department with the help of a former assistant. The manual, which has been updated since Fenton introduced it in 2020, has guided everyday tasks ranging from contract execution to disclosure updates.

“They need to be able to take the initiative and learn the specialized business in which we operate,” Fenton says of new employees. “They also need to see where they might create infrastructure for a growing legal department.”

Fenton, who was born and raised in Massachusetts, knew she wanted to become a lawyer by the time she was a freshman at Boston Latin School. Around that time, she worked at a law firm operated by a Boston Latin alum.

While doing everything from emptying garbage cans to helping write correspondence to clients and occasionally watching her boss appear in court, Fenton developed a love for the law and saw how it can help people.

Her parents, who emigrated from the Caribbean island of Montserrat before Fenton was born, stressed the importance of education and expected her to go to college. 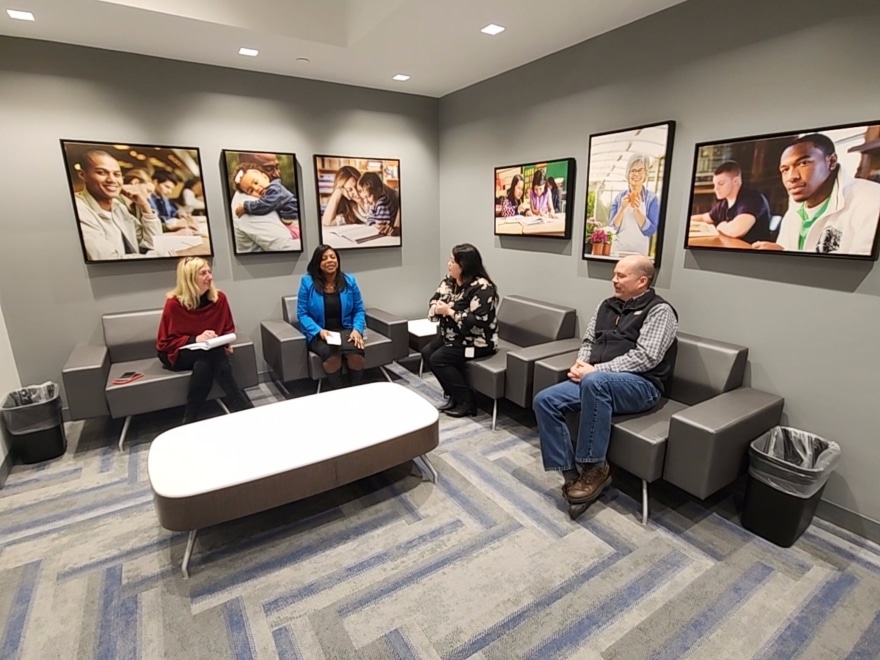 That she did, earning her bachelor’s degree in psychology from Boston College and her J.D. from Suffolk University Law School. At Suffolk, Fenton also served as president of the Black Law Students Association and marshal for the Phi Alpha Delta legal fraternity.

Fenton says she achieved her goals in no small part because of assistance from Bottom Line, where she’s now a regional advisory board member. Bottom Line is a nonprofit founded in Boston in 1997 that provides guidance and mentoring for college-bound students. The program begins in their senior year of high school.

After helping students get into colleges, Bottom Line stays with them, helping them navigate academics and campus life—even sending them care packages with study snacks of cookies, granola bars, candy and popcorn. As students approach graduation, Bottom Line assists with career placement and job searches, too.

The organization says its students are 43 percent more likely to earn a degree than their peers, and that 76 percent of students in the three most recent student cohorts earned degrees in six years or fewer.

“They’re the voices you need, the people you can turn to,” says Fenton.

After earning her J.D., Fenton joined Fidelity Investments as a legal adviser and risk manager in September 2006. She went into private practice as an attorney at Bingham McCutchen in January 2010. There, she worked on M&A, and advised companies, venture capitalists and private equity firms on securities law, compliance and corporate governance.

She joined Ascensus as associate general counsel for government savings in November 2014 and was promoted to her lead role in April 2022. 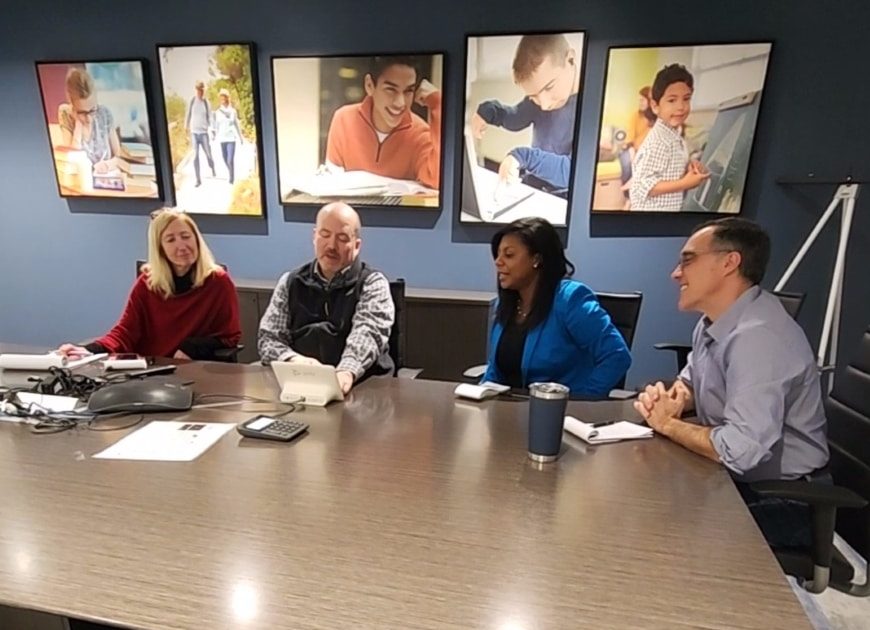 Given the importance her family placed on getting an education, Fenton says it’s rewarding to help families pay for their children’s education because of Ascensus’ specialty in 529 accounts.

It’s also rewarding, she says, to build a legal team and provide counsel in a fast-growing area.

“I wanted to bring my career in-house to get the direct experience of learning a business and its services intimately,” Fenton says. “Ascensus has supported my development as an attorney and the impact that I can have on this particular life-changing industry makes this exciting work.” 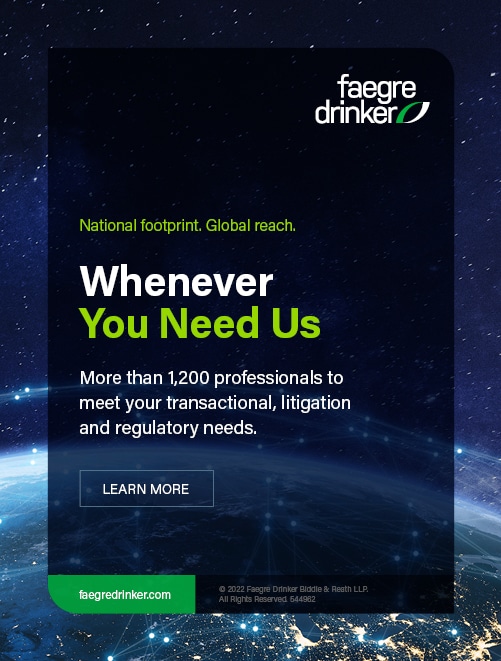 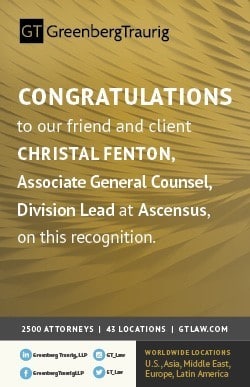