Ideally located in East Harlem near the soon-to-be-opened Second Avenue subway stop, it was the right size, the right price, the right market—a place bound to sell in this up-and-coming neighborhood, Keyvan Ghaytanchi recalls about the property the company’s broker told him about on a Monday afternoon in 2017.

Within hours, Ghaytanchi was sitting down with his company’s leadership for some back-of-a-napkin calculations. By Tuesday morning, the firm’s head of acquisitions, Craig Miller, was on his way to see the building himself. After touching base once more with management, Ghaytanchi and the property owner had a handshake deal in place. 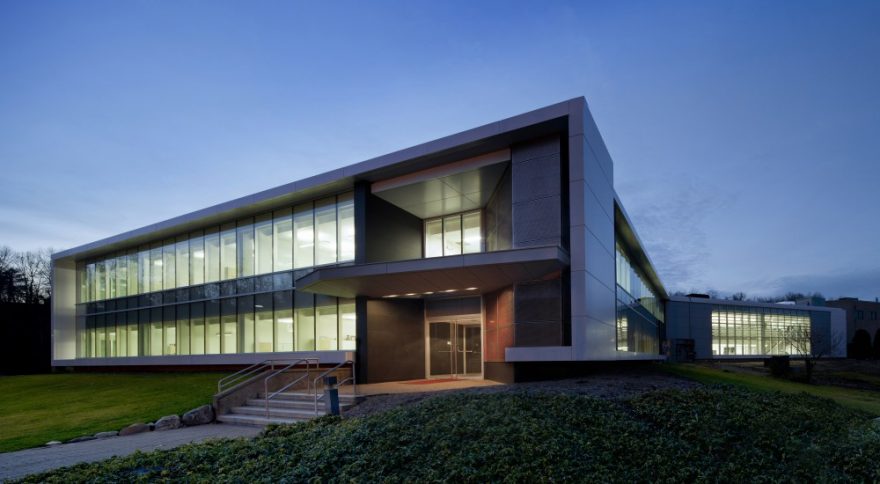 Now, what had been a half-vacant building with major structural issues, is a luxury apartment building that is almost fully leased.

“If we hadn’t acted quickly, we would’ve lost out on an incredible property,” recalls Ghaytanchi, general counsel for BEB Capital. “In this business it’s imperative that you find a competitive advantage. For us, it’s that we’re agile.”

After years of slow growth, BEB Capital has lately emerged as one of the New York metropolitan area’s most ambitious real estate investment firms, with Ghaytanchi’s legal team deserving much of the credit.

Ghaytanchi admits his department wasn’t always so nimble, in large part due to the company’s diffuse structure. The firm’s owner, Bert E. Brodsky, had long considered himself more of an entrepreneur and philanthropist than a real estate mogul. Founded in 1984, Brodsky’s brainchild wasn’t under a unified brand until 2011.

However, as the firm acquired more assets—including properties in some of Manhattan’s most posh neighborhoods, as well as South Beach Miami—the need for real estate expertise mounted.

Having specialized in the field during his three years in private practice, Ghaytanchi was in many ways the first major piece in BEB’s rebranding puzzle. Upon being hired as associate general counsel in 2006, he was put in charge of all legal matters relating to the firm’s real-estate endeavors: acquisitions and dispositions, reviewing commercial leases and partnership agreements, creating the framework for the firm’s joint ventures and so on.

“It was a pretty heady time for the New York real estate world,” Ghaytanchi recalls. “We were aware of the macroeconomic forces in play at the time, so we tried to balance being aggressive and making sure we weren’t taking on too much exposure.” 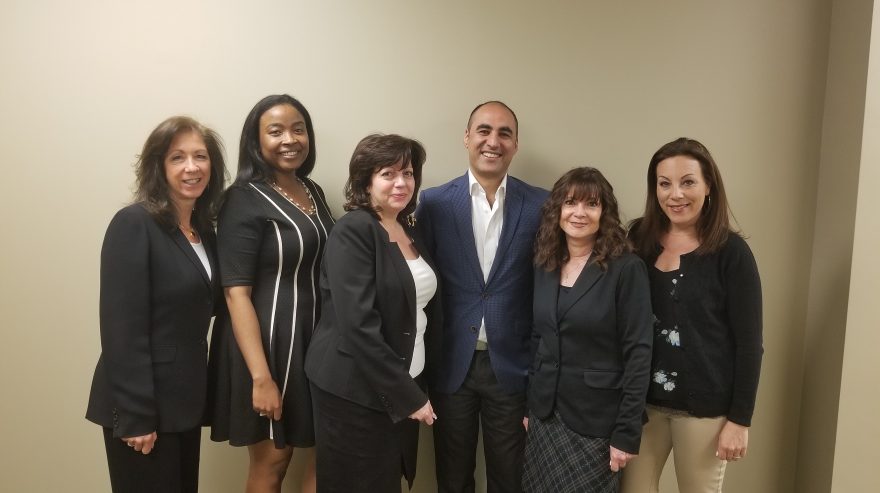 When the financial crisis hit the following year, Ghaytanchi says BEB’s diversified portfolio, which included health care and technology assets, insulated it from the resulting fallout. By 2015, the firm had grown enough to warrant a full-on rebranding, from BEB Real Estate to BEB Capital.

At that point, Ghaytanchi began delegating more responsibility to the members of his growing legal team, while revamping the operational arm of the organization. He began diverting multi-state transactions and other complex contracts to outside counsel.

Still, there were times when it became necessary to take back the reins—like the time a well-known rental car company very nearly backed out of a massive garage lease after receiving a heavily red-lined contract from one of BEB’s outside counsels.

“I stayed up half the night fixing that thing,” Ghaytanchi laughs. “This was a case where we were doubling our rent, so it was important to understand the broader dynamics and context and make the necessary sacrifices.”

In 2015, after years of helping steer BEB’s wider operations, Ghaytanchi was given the additional title of chief operating officer. From here on forward, Ghaytanchi’s input wasn’t just encouraged; it was expected, sometimes involving casting the tiebreaking vote on disputes among the firm’s leadership team.

As the firm’s CEO, Lee Brodsky has often been on one end of such disagreements. And yet, when asked to describe Ghaytanchi’s growing role within BEB, the accolades are quick and unflinching.

“It’s very rare to find someone capable of being both a top-level strategist for the long term and that also understands how to stomach potential risk,” Brodsky says. “If he feels there’s too much risk in taking a certain path, he’ll tell you why. He analyzes things from every possible angle, and I’ve always appreciated that.”

“You have to be willing to talk through it—sometimes with yourself,” Ghaytanchi says about balancing his hybrid business/legal role. “Our two associate GCs are incredibly bright people. Our executives are incredibly bright people. Beyond that, I try to heed some advice from my father—to approach every decision you make as if this business was your own.”

It’s a lesson Ghaytanchi learned early on, in his first job at 15 years old as an associate at a New York Dunkin’ Donuts. Years later, while working as an officer manager for his family’s jewelry manufacturing company, Ghaytanchi developed an even deeper appreciation for the nuances of running a successful business.

While attending the City University of New York-Queens College, Ghaytanchi had his mind set on a career in medicine. His heart, however, felt somewhere else entirely. 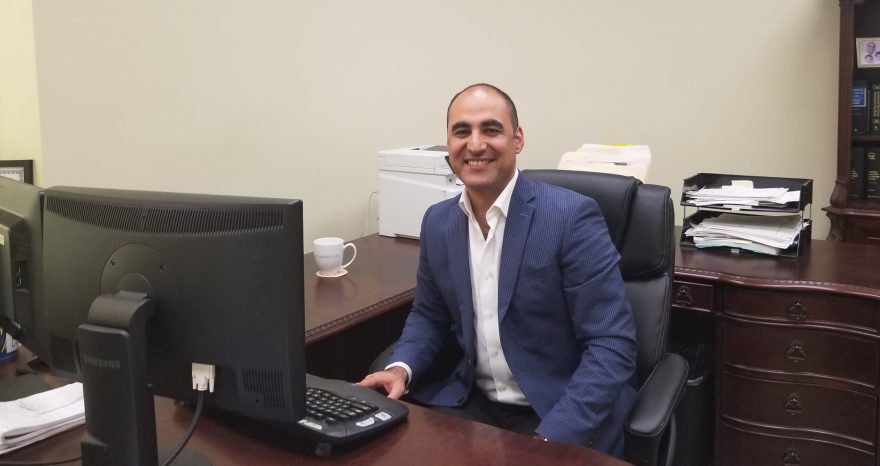 “I worked so hard studying for the MCATS, and when it was over, I just had this sudden realization that the medical profession wasn’t for me,” Ghaytanchi recalls. “I belonged in the business world.”

After graduating in 1998, he returned to the family business. As the company expanded, Ghaytanchi quickly became fascinated by the world of real estate law. Sights reset, he began applying to schools, eventually landing at the nearby Cardozo School of Law.

In 2003, Ghaytanchi was hired by Siminou & Associates, a New York firm specializing in real estate law. A few years later, he decided to strike out on his own, as co-partner at Faltischek & Ghaytanchi, PLLC.

Eager to leverage his growing expertise, Ghaytanchi shifted his focus to going in-house, where he felt his entrepreneurial instincts could be put to better use.

“I immediately recognized that BEB had the same DNA that I did,” Ghaytanchi says.

In 2016, ten years after first joining BEB, Ghaytanchi lost both of his parents in the span of four months. After years of incessant work, and in accordance with religious custom, Ghaytanchi unplugged completely—no work, no phone, nothing that would detract from the grieving process.

Each time he returned, after a week away from the office, he found a department functioning just as it had been. It was then that Ghaytanchi realized he’d created a team he could trust—and a career path he knew was wholly his own.

“That’s when you know you have an effective team,” he says. “We’ve grown for a lot of reasons, but the sense of family we have here is a big part of it.” 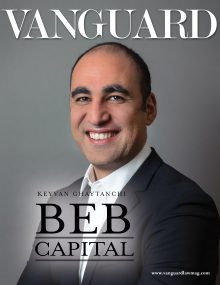 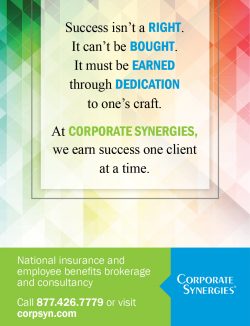 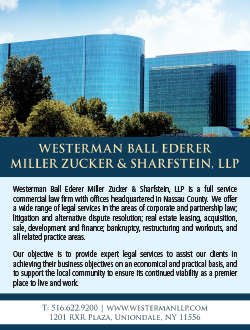