In the legal arena

When Abby Blomstrom walked into her office at Monumental Sports & Entertainment in late September last year, her first hour was spent like any other weekday morning: checking emails, going over the day’s appointments, the usual minutaie.

By 10, however, Blomstrom was switching gears. She met with the executive team to discuss and prepare for what might happen in the next week (or so they hoped): the Washington Mystics, one of Monumental’s professional sports teams, winning their first Women’s National Basketball Association (WNBA) Championship. 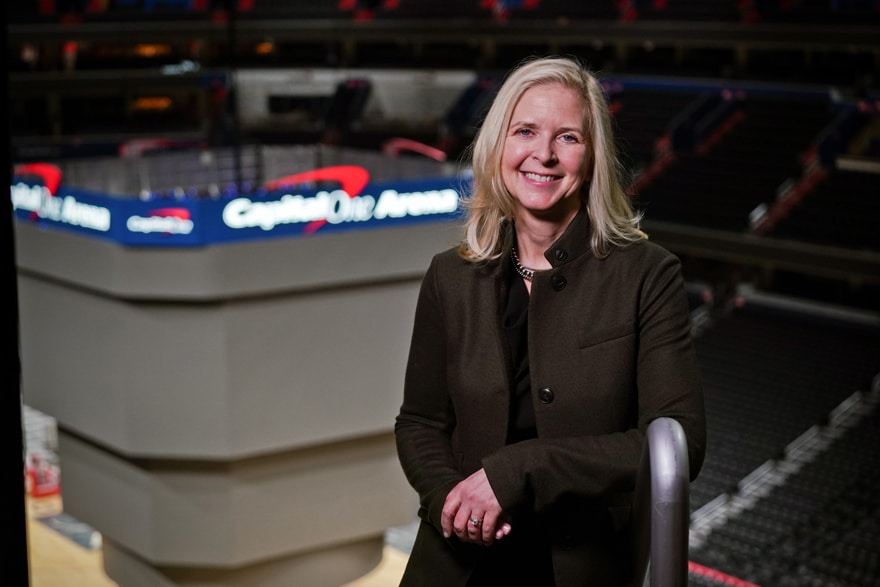 “No one wanted to say ‘championship’ or ‘parade’ out loud and jinx them,” Blomstrom recalls with a laugh. “So we’re trying to plan it without saying it: working closely with the city, making sure we have the logistics and timing in place. There’s a lot that goes into it.”

On October 6, 2019, the Mystics—led by star players Elena Delle Donne and Emma Meesseman—defeated the Connecticut Sun 89-78 in a decisive Game 5 to capture the franchise’s first WNBA title.

Typically, when a pro sports team wins a championship, that feat is followed by a celebration parade a few days later. But with so many players contracted to play overseas during the WNBA off-season, Blomstrom and her colleagues at Monumental had to improvise.

The solution: host a celebration rally the next day at the Mystics’ home base, the Entertainment and Sports Arena in southeast Washington, D.C., with a full parade to follow in the spring of 2020—right before the start of the season. 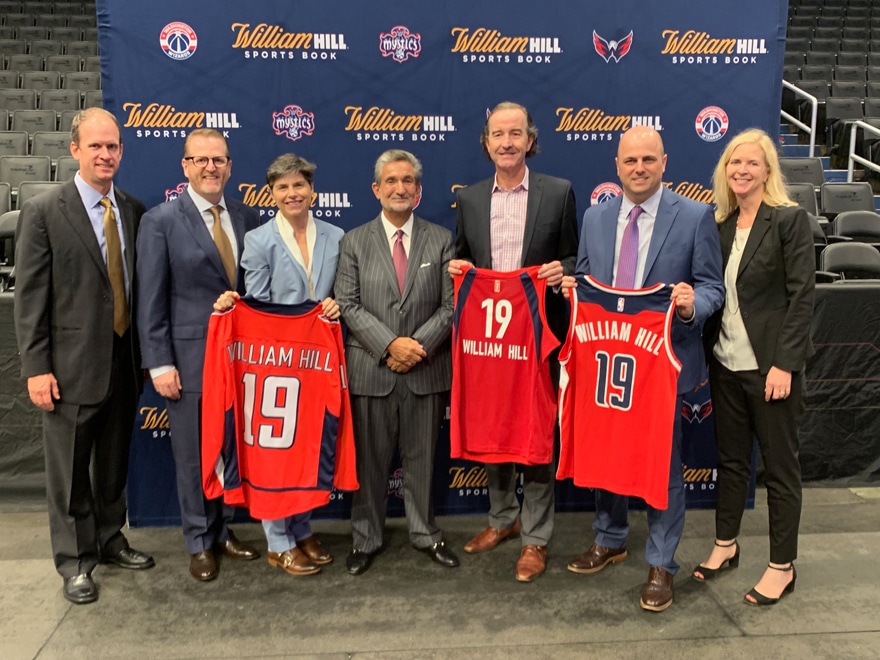 “As a team, these women are committed to each other and the neighborhood they play and practice in—D.C.’s Congress Heights neighborhood—so we knew they wanted to have the first celebration with all of the players in attendance, focusing on the local community and their long-time fans,” Blomstrom says. “The Mystics’ home court was the perfect venue. We expect the spring parade to be more expansive. We’re very much looking forward to it.”

Rest assured, Blomstrom has no shortage of projects to keep her busy in the meantime. Following the 2018 ruling by the U.S. Supreme Court that federal bans on sports betting were unconstitutional, D.C. was among the first jurisdictions to legalize the activity. With Blomstrom providing much of the regulatory analysis, Monumental quickly moved to capitalize. 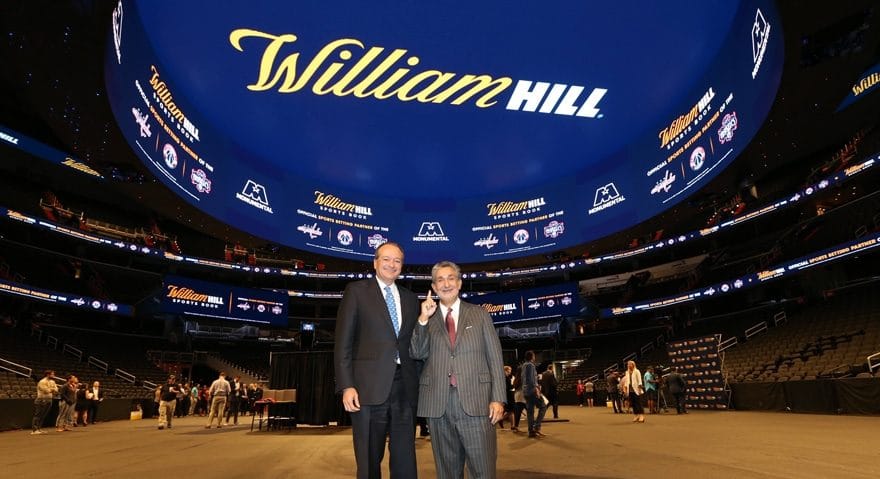 The physical space—for which Blomstrom oversaw all agreements—will feature a sportsbook, as well as full-service food and beverage offerings. In addition, mobile sports betting will be available via William Hill’s sports betting app in the arena and the surrounding two block area.

Blomstrom’s work behind the scenes has been equally demanding: working with William Hill to confirm obtainment of all relevant D.C. licenses, including regulatory approval from the DC Office of Lottery and Gaming as well as working with the NBA and NHL to ensure the deal complies with league policies—the list goes on.

“Since sports betting is new to D.C., it’s really important that everyone is staying on top of the applicable laws and regulations and league rules,” Blomstrom says. “At the same time, because it’s unprecedented and because the sports betting industry in the U.S. is developing so quickly, the partnership is evolving in real time, so it’s something we’re continuing to work very hard on.”

In the thick of it

While the William Hill partnership has taken up much of Blomstrom’s bandwidth, it’s just the latest initiative she has been involved in during her tenure at Monumental.

In July 2017, just months after Blomstrom was hired as the company’s deputy general counsel, the city broke ground on what would become Washington D.C.’s Entertainment and Sports Arena. Located in the Congress Heights neighborhood of D.C., the arena—developed in partnership with the city—was part of a broader effort to revitalize the historically underserved district.

Completed in late 2018, the multi-use building includes a 4,200-seat arena (home to the Mystics and the Capital City Go-Go, the Wizards’ NBA G League affiliate) and Monumental Basketball’s state-of-the-art practice facility for the Wizards, Mystics and the Go-Go in the back. 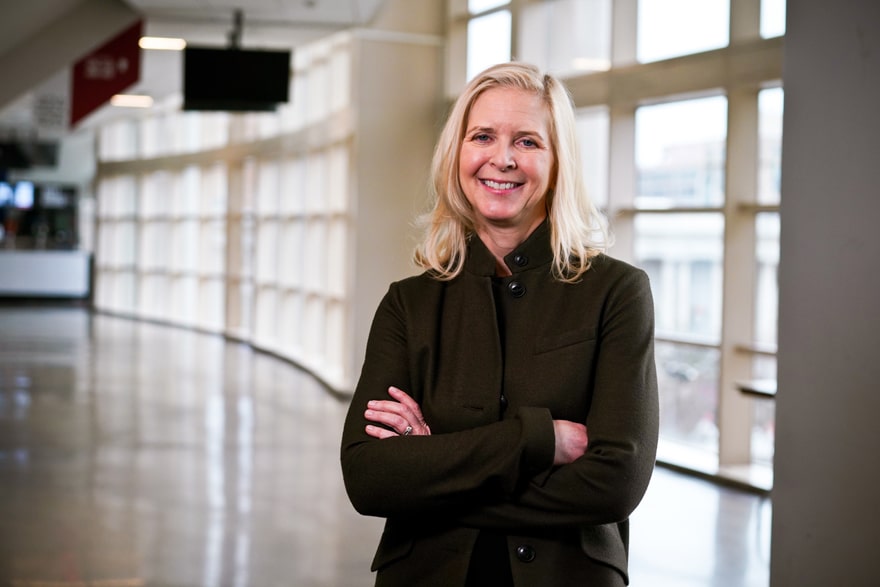 According to Blomstrom, the uniqueness of the arrangement—D.C. owns the building and operates the arena; Monumental operates the practice facility—required enough paperwork to graze the court’s 10-foot rims.

“It took a lot of vision on the part of Monumental’s leadership and a lot of communication to see this through,” Blomstrom says. “But being a part of the finalization and seeing it get off the ground was really exciting.”

When she spoke with Vanguard in late October, four months after her promotion to general counsel, Blomstrom couldn’t help but marvel at the whirlwind of the past few years—or the past few decades, for that matter.

A native of Washington, Illinois, Blomstrom remembers hearing her uncle, a corporate lawyer in New York City, wax enthusiastic about his high-stakes job.

“It was so rare for me to see an adult that truly enjoyed their daily profession,” Blomstrom recalls with a laugh. “That was always in the back of my mind growing up.” 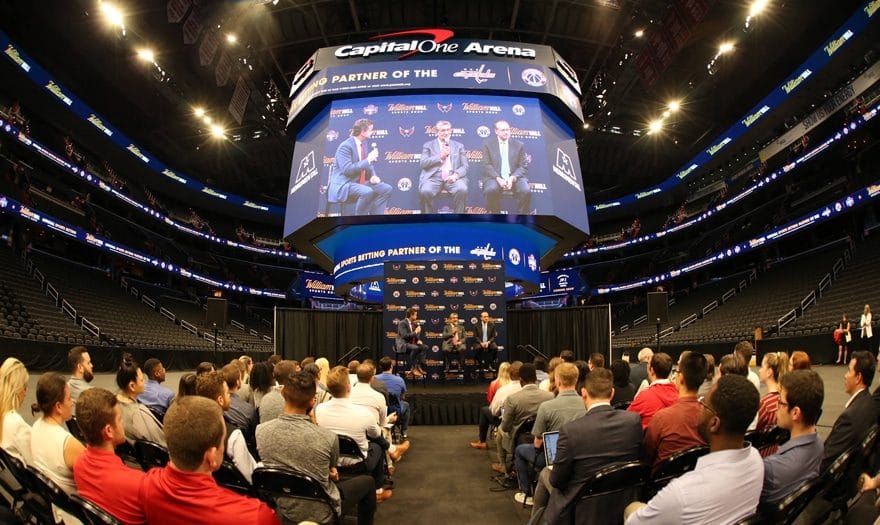 After graduating from Dartmouth College with a B.A. in history in 1993, Blomstrom spent a year teaching English in Japan, before realizing the profession wasn’t in the cards. Believing law would be more interesting, she attended the prestigious Northwestern University School of Law, earning her J.D. in 1998.

Landing at Latham & Watkins in Chicago (and, subsequently, at K&L Gates in Pittsburgh), Blomstrom quickly found her niche in mergers and acquisitions (M&A). But while the work was endlessly fascinating—and plenty rewarding—she couldn’t help but feel there was something missing.

“I felt like I was helping a company through a couple chapters in their story, which was fine, but then that was the end of it,” Blomstrom reflects. “It just wasn’t really fulfilling. So I decided to go in-house.”

She certainly didn’t aim small. Joining AOL as an assistant general counsel in 2005, Blomstrom picked up where she left off, focusing on M&A. Over time, her work would cover everything from intellectual property and technology to media rights and advertising.

By 2017, Blomstrom was ready for new challenge. So when Monumental approached her with an offer to help helm the legal department (and eventually take it over), Blomstrom was game—albeit somewhat reticent.

“When you go from this massive media company with a huge legal department to a company like Monumental—by no means small, just a different kind of company—it can be challenging,” Blomstrom recalls. “But I quickly fell in love with the work—and the people.”

More than a game

As the Capitals, Wizards and Go-Go hit their mid-season strides, Blomstrom is focusing her efforts on one of Monumental’s other big ventures: esports.

Monumental’s esports holdings include Wizards District Gaming of the NBA 2K League, a professional esports league featuring the best NBA 2K players in the world; as well as Caps Gaming, a new esports-focused sub-brand that aims to help foster the growth of the NHL competitive gaming community and create visibility for hockey’s esports scene. 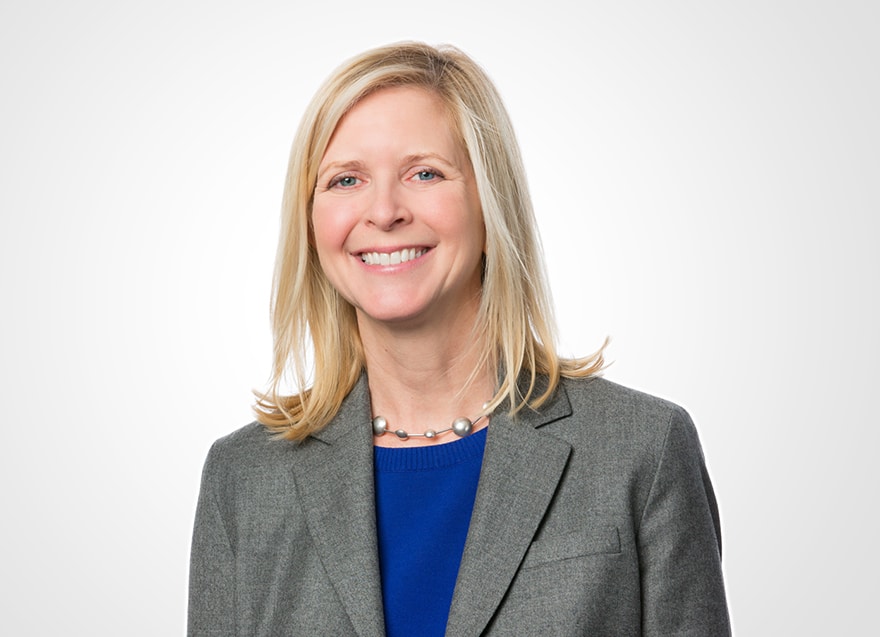 Monumental is also co-owner of aXiomatic, which has a controlling interest in Team Liquid, the world’s most successful esports franchise. With those assets and the rapid worldwide growth in esports, Blomstrom says there’s plenty of legal work to account for. From reading up on the latest in entertainment and sports law to learning more about the international business of esports, Blomstrom says the endeavor promises to make this winter a busy one.

Good thing there’s a spring event worth looking forward to.

“I can’t wait for the parade,” Blomstrom beams. “Watching the Mystics win the WNBA Championship, you couldn’t help but feel you were part of something special. It’s great for the city, great for the community and great for the sport. That’s a pretty cool thing to be a part of.” 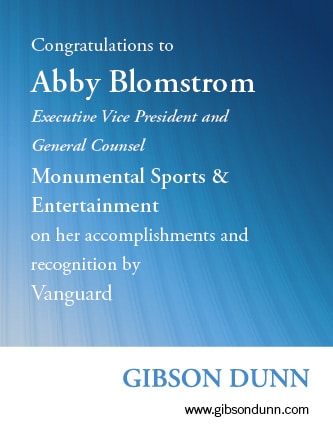 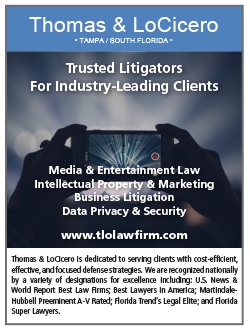 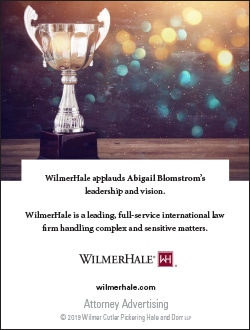