OHL NA is careful to protect its most valuable asset: its employees

Safety and efficiency do not always agree on construction sites, which is one of the reasons attorneys at OHL North America (NA) sometimes put on hardhats and give them a visit.

“This is a tough business and all too often, you have the cover-my-ass type of mentality, but you have to create an environment that when they call the attorney, we’re with them side-by-side. We’re there to help solve problems,” says Co-General Counsel Cesar Pereira. 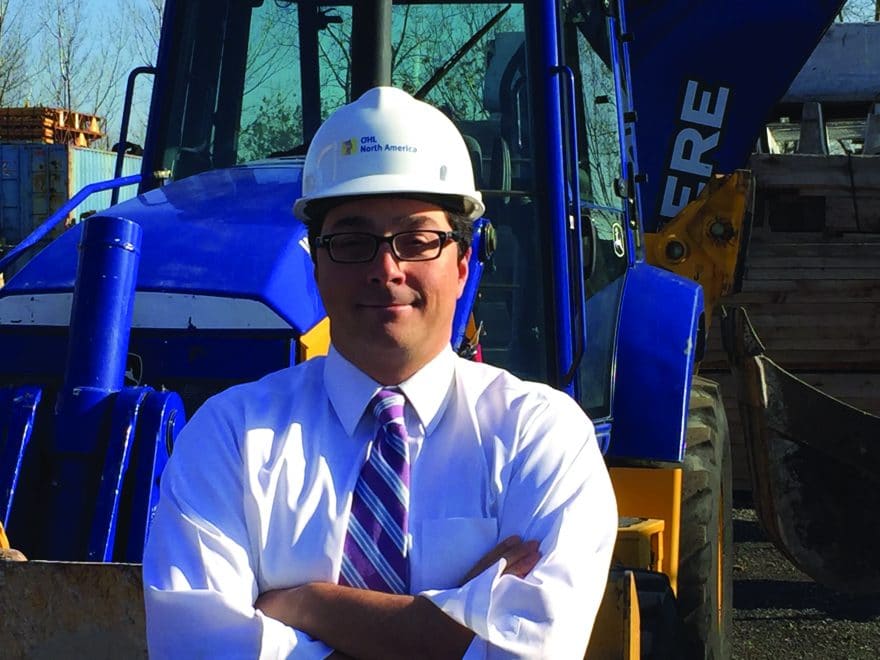 Pereira says one of the challenges in construction is balancing working safely and productively. In fact, it’s especially difficult to find that balance doing the type of government bid work that OHL North America does because there can be a clear incentive to lower costs, as projects are frequently done for the lowest fixed price.

The OHL NA Legal Department provides legal counseling and advice to both the operations and safety functions of the company.  In this position, the lawyers of the department are in an ideal position to mediate between the missions of these two functions.

Whenever someone gets hurt on one of its construction projects, OHL NA is quick to hold a “post remedial measures meeting” that brings project managers, superintendents and safety leaders to the table to discuss how the same situation can be avoided. Pereira and his legal team push to have those meetings and facilitate the dialogue.

The legal team’s commitment to safety is one way it adds value to the company—by protecting the company’s most valuable asset: its employees.

“OHL’s philosophy is that the people that work for the company are everything,” Pereira says. “Everyone from the folks who are actually out there with the shovels and hammers—their productivity, how good they are at their jobs—is essential to how productively we build jobs and whether we make money or lose money, so we want to make sure the folks working for us in the field feel safe, feel protected and feel like we care.”

Pereira is quick to point out that his legal team does not drive OHL’s safety-focused culture. It’s a team effort.

But because Pereira has better access to the chief operating officer and chief executive officer, he can lend weight to situations. When necessary, he can go with a safety manager to talk with senior management and explain the severity of an issue. There’s a delicate balance to doing that, and there’s an art to determining when to use a stick and when to use a carrot.

All of OHL NA’s lawyers visit job sites regularly to develop that buy-in and foster relationships with everyone from the foremen to the CEO. Pereira has an “if they fail, you fail” approach, and he wants everyone to know that the legal team has their back.

Protecting the public from delays

The company is building two stations, 63rd Street and 72nd Street, on New York City’s new Second Avenue Subway line. The overall project, which includes a tunnel along the east side of Manhattan and four new subway stations, has been a long, long-term goal of the Metropolitan Transportation Authority (MTA), the City and State of New York.

Delays stalled work on the stations, but in the spring of 2016, Governor Andrew Cuomo gave contractors a push—he wanted the stations done by the end of 2016. That required all of the contractors working on the new line to dig in.

For Pereira and his legal team, that meant substantial negotiations with both subcontractors and the MTA.

OHL NA’s CEO, COO, project managers and legal team and senior MTA official and its legal team all worked to make sure new milestone dates were clearly defined and terms of the contracts were adjusted.

“It was a big team effort, but we finally have an agreement in place to achieve the goal of the governor,” Pereira says.

The Second Avenue Subway’s accelerated timeline is the kind of challenge Pereira enjoys most, the kind of project that keeps him excited by his role and the work OHL does.

“Everything is being built on a schedule,” he says. “Particularly in urban environments where you’re talking about inconveniencing people, everything has to be done very quickly, with the least amount of impact on the moving public… so we’re constantly finding ways to manage these projects efficiently and in a way that doesn’t impact the public.”