When a legal career fills more than one ‘Box’ 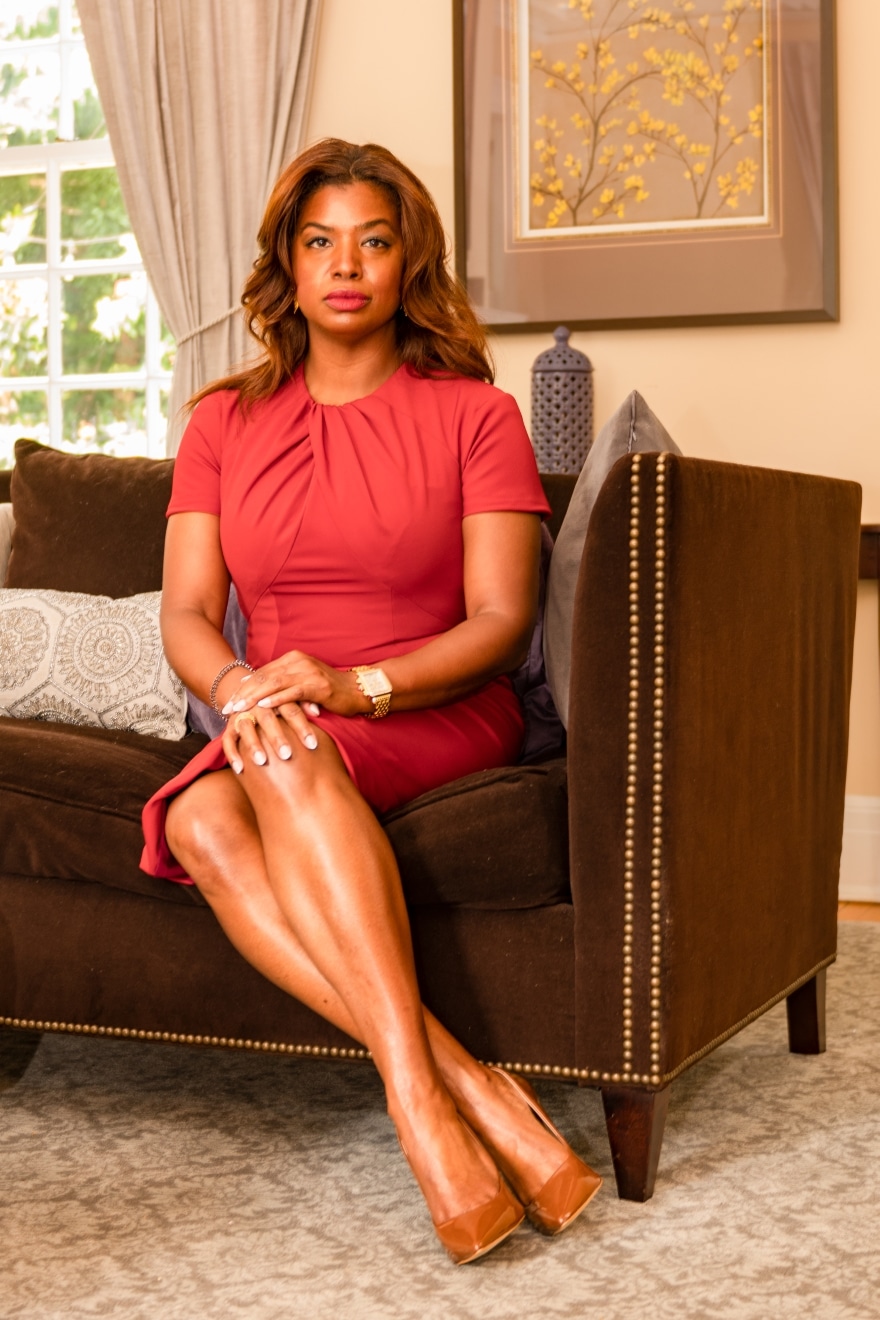 Ask Leah Perry what’s she’s doing at work and you’ll get a different answer every day.

As the vice president of legal, chief privacy officer and global head of public policy at Box Inc., she can go from working on a submission for European Union data protection authorities to assessing proposed legislation in Japan and how it might impact the company on a global scale.

The next day she might confer with House Majority Leader Rep. Steny Hoyer, D-Maryland, on legislation affecting Box and its operations or helping guide an internal audit on privacy compliance and data protection.

Her career has taken her from a radio station in Baltimore as an international policy commentator to international tribunal courts in The Hague, Netherlands, and Capitol Hill, as she’s helped craft legislation. She now specializes in privacy and information security law.

“It’s great to have a plan, but one of the greatest jokes you can tell God is ‘I have a plan,’” Perry says. “God has his own plans.”

While Box is described as a software as a service company, Perry says it encompass far more than SaaS. It offers a single, secure, easy-to-use platform that manages the entire content lifecycle of data for customers from file creation and sharing, to data classification, retention policies, zero-trust security controls, workflows and e-signatures.

For instance, it provides security controls on data access, governance controls like managing retention on personally identifiable information and detects anomalies and threats to IT networks and systems. More than 70 percent of Fortune 500 companies use Box, Perry says.

Together, they ensured the e-signatures are valid in court while complying with data privacy laws. They also had to comply with the European Union’s General Data Protection Regulation that considers signatures to be personal data with restricts their use.

Perry, who spent nearly a decade working on Capitol Hill and helped craft more than 50 legislative bills that were enacted, is watching intently as the House of Representatives takes up the American Data Privacy and Protection Act.

Perry didn’t speak to the specifics of the bill but supports a federal framework over the patchwork approach by states.

“We need it. We’re behind the curve in terms of the level of protection consumers need and deserve,” she says. “I’d like to see comprehensive legislation that better addresses the bifurcated approach and clear oversight.”

Perry was born in Baltimore City and grew up in its suburbs in northern Baltimore County. She says her interest in the law developed after seeing her mother experience disparities in the health care system as she faced health problems.

She earned her bachelor’s degree in history from Vassar College in 2000 and served as vice president of the Black Student Association. She also served as a research assistant for the late Rep. Elijah Cummings, D-Maryland. 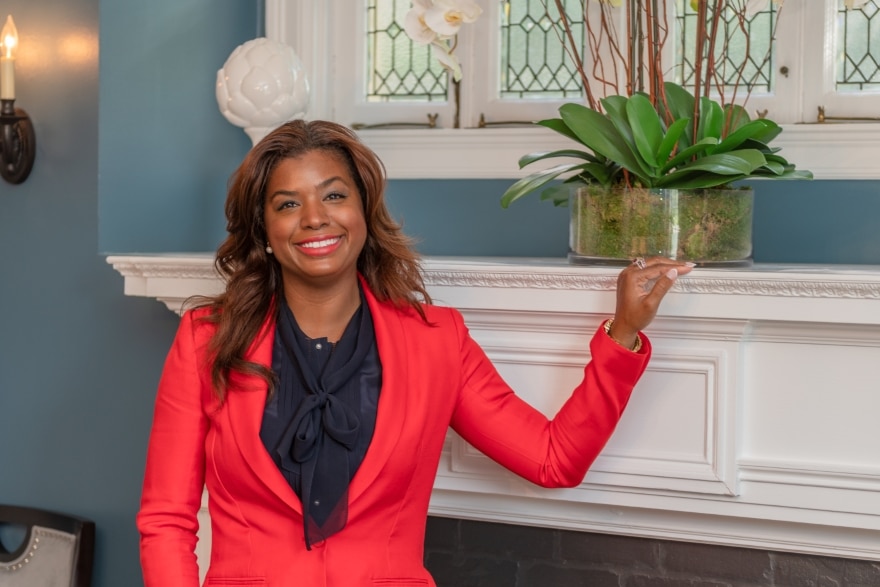 Perry enrolled at the University of Iowa College of Law in 2001. In one of those unplanned turns, she took a comparative law course taught by Sir Geoffrey Palmer, a former prime minister of New Zealand.

After earning her J.D. early in 2003, she became an instructor and retention advisor at Morgan State University, a historically Black college in Baltimore City. Perry also became an international policy commentator on the university’s radio station while she studied for the Maryland bar exam.

She says she never expected to go back to school after passing the bar, but her interest in international studies and comparative law remained strong. In 2005, she enrolled at Leiden University Grotius Centre for International Legal Studies in the Netherlands.

The Hague to the Hill and beyond

While earning her master’s of law in advanced public international law in 2005, Perry also served as assistant editor of the Leiden Journal of International Law. After graduating she considered whether to stay in Europe and reconnected with Rep. Cummings. In 2007 she returned to Capitol Hill as a legislative assistant for his office.

“Who would have thought that this one meeting would have changed the course of my life?” Perry says.

At his encouragement and reference, she became senior counsel for the House Committee on Oversight and Government Reform in 2009. Perry then became chief investigative counsel for the U.S. Senate Committee on Indian Affairs in 2010. After the committee chair, Sen. Byron Dorgan, D-North Dakota, retired, she returned to HCOGR as its chief oversight counsel in 2011. 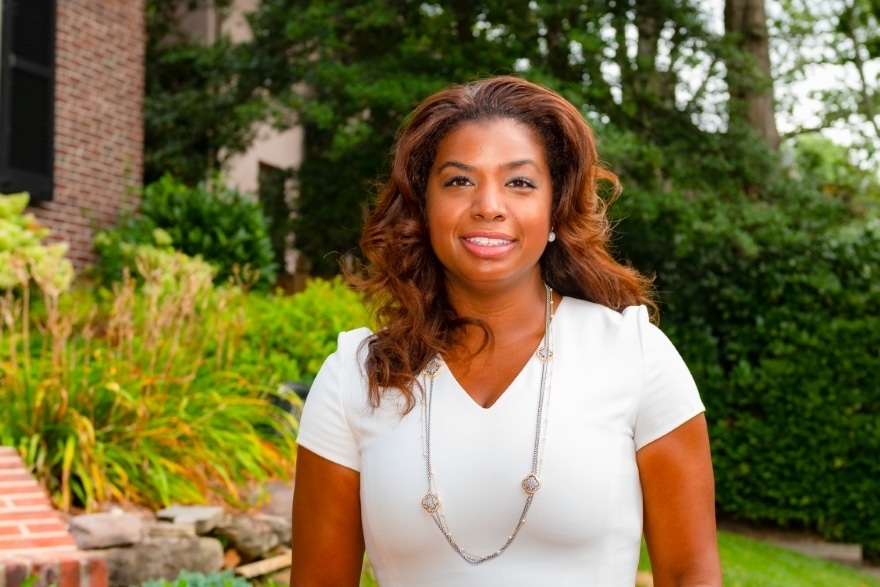 After three years in the role, Perry says she was considering moving in-house. Fortuitously, the opportunity came to join McGraw Hill Financial (now S&P Global) as director of domestic and international affairs where she later became associate general counsel and chief privacy officer in 2014.

While Perry had worked in privacy and information security law while on Capitol Hill, the practice area came to the forefront as she helped the company comply with the newly enacted GDPR in the European Union. She also provided counsel and guidance on President Barack Obama’s various initiatives on privacy, big data, artificial intelligence and the internet of things.

In April 2018, Perry became an associate general counsel at Facebook (now Meta). She joined Box as senior director, chief privacy officer and global head of public policy in November 2019 and was promoted to vice president in April.

“At Box, I feel like all of this experience has perfectly come together to marry comparative law, privacy, compliance, operations and policy,” Perry says. “I couldn’t have planned this, but it’s where I’m supposed to be and when I’m supposed to be here.” 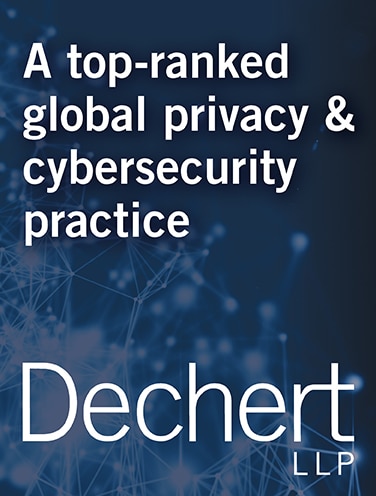