She’s traveled a long way for her home and career, but that was always part of the plan for Ashley Slavik.

Although becoming a privacy thought leader was not her original objective, the chief privacy officer and lead data counsel for Veeva Systems Inc., is now known for her passion and expertise on a hot topic around the world. 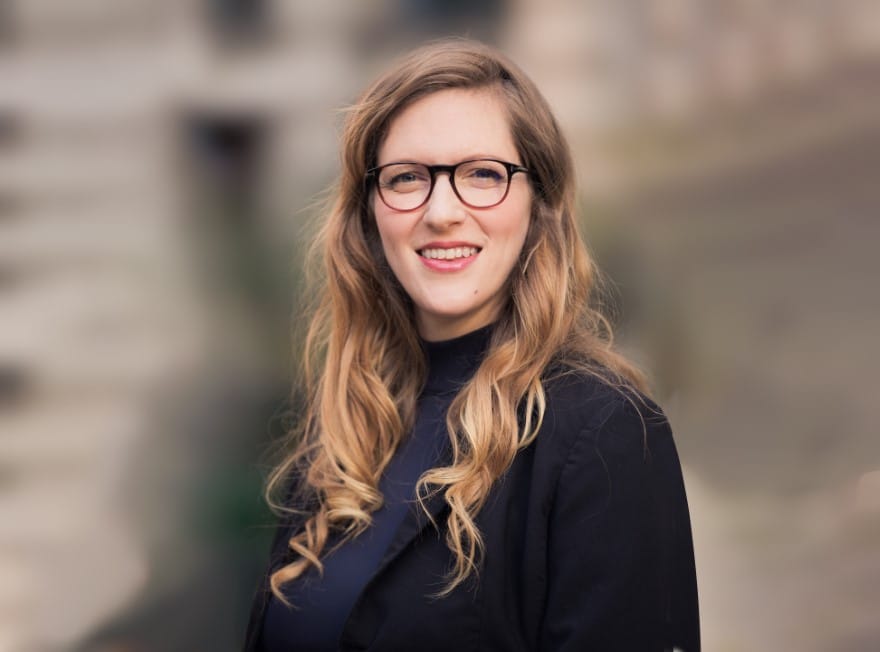 “Privacy is top of mind,” Slavik says. “Five years ago, people were less concerned about their personal information being shared. One of the aspects that makes my job so complex is that data knows no borders now. If the same rules applied everywhere, my job would be easier.”

Founded in 2007 in Pleasanton, California, by Peter Gassner and Matt Wallach, and a publicly traded company since 2013, Veeva’s cloud platform is used by more than 850 customers in more than 165 countries. Its software and data solutions extend to every step of the product life cycle from R&D through commercial distribution, Slavik says.

“We offer customer relationship and document management software and data solutions that help customers optimize and streamline information in order to achieve their mission of improving health and quality of life,” she explains. 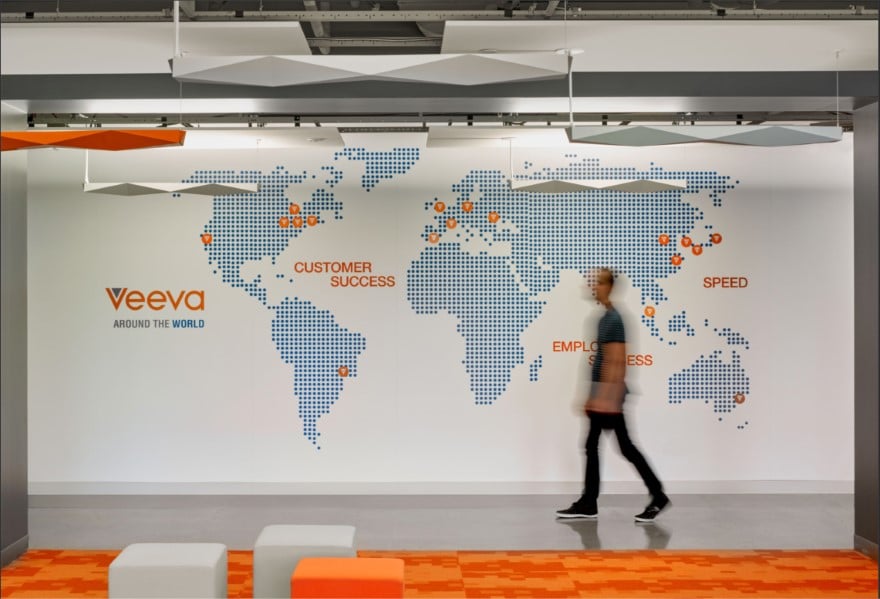 As Veeva grows, Slavik has developed a well-connected global network thanks to her certifications and frequent speaking engagements. She’s also looking to expand her team and is especially interested in privacy professionals with backgrounds in advertising technology and health care marketing.

Next up on the cloud

As Crossix brings a keen focus on privacy at its core, the close collaboration between the product and legal teams enabled the 2020 launch of Veeva Data Cloud, Slavik says. 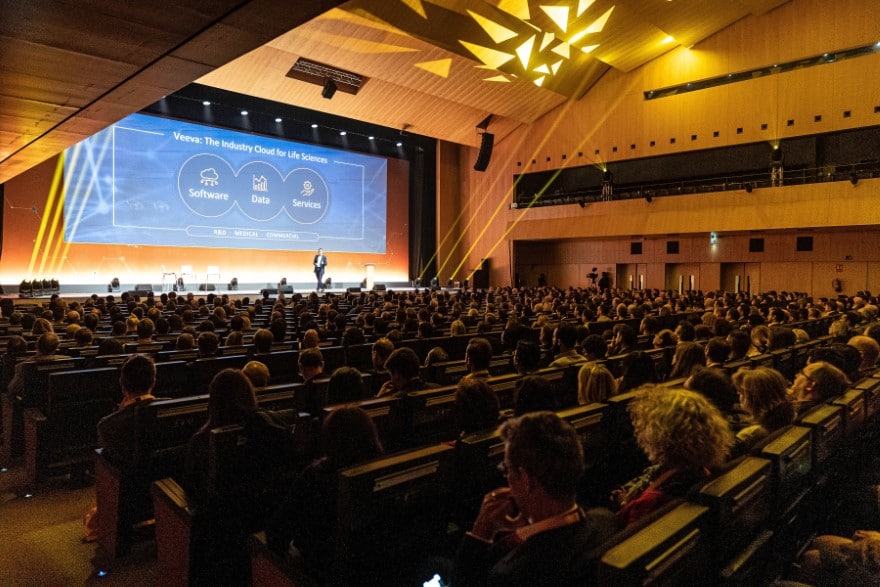 All health-related data is certified as de-identified (personal identifiers are removed), so it’s no longer considered protected health information under the Health Insurance Portability and Accountability Act, Slavik says.

The Veeva touch means its Data Cloud will have the same open and user-friendly agreements as other Veeva products, including Veeva OpenData, she adds, while its patented technology is purpose-built to implement technical rules from data requirements.

“The idea behind Veeva Data Cloud is to bring a privacy-safe choice and much needed innovation to support life sciences commercial teams,” Slavik explains.

Unlike the European Union’s General Data Protection Regulation which provides data protection for all EU residents, the U.S. has no overriding federal privacy regulations. Instead, U.S. privacy laws focus on specific sectors such as health or financial data.

States have taken a patchwork approach highlighted by the California Consumer Privacy Act, which went into effect this January. There are nearly 20 other states that are considering privacy rules. When technology is built with privacy by design at the outset, it can adapt seamlessly and leverage existing controls to maintain compliance, Slavik says.

Compliance comes through collaboration, too, and Slavik turned to an industry leader, WireWheel, to ensure Veeva is able to manage consumer subject rights requests.

“WireWheel’s Privacy Software Platform includes a full suite of solutions to automate fulfillment of data subject rights requests, do not sell requests, privacy assessments, records of processing, data flow mapping, data discovery, classification and a lot more,” says Chrissy Chambers, the company’s head of customer success. “We’re here for customers to help meet evolving privacy laws around the world no matter where they are on their compliance journey.” 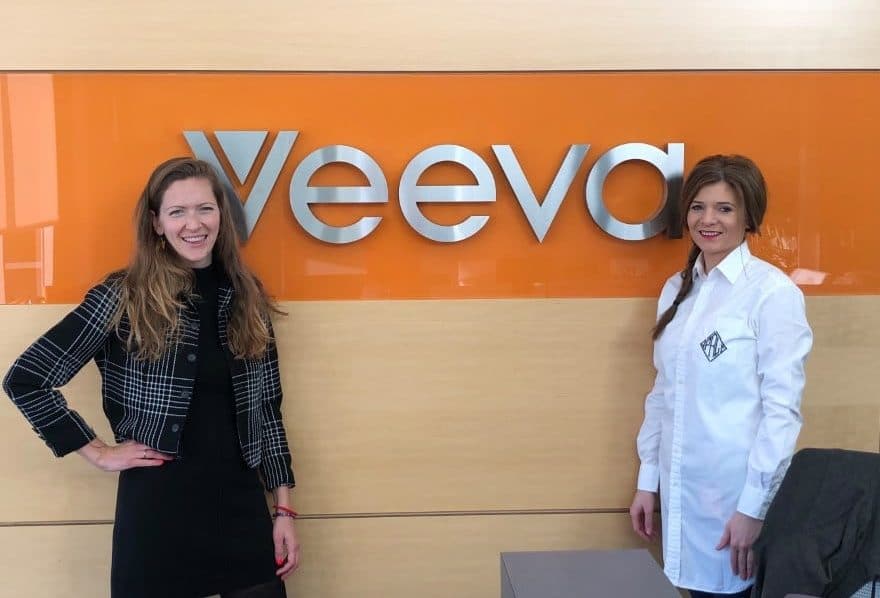 Within a week last December, Veeva was able to onboard WireWheel’s platform with three portals ahead of the deadline.

“Throughout the process, Ashley was supportive about leveraging technology,” Chambers says. “Her focus on fostering trust and transparency with Veeva’s consumers was evident.”

With the portals in place, Veeva has a solution that minimizes manual hours and maximizes workflow automation. That solution was made all the easier because of Slavik’s ability to quickly execute given her strong partnership with the business teams, Chambers says.

A native of the Philadelphia area, Slavik earned a bachelor’s degree from American University in Washington, D.C., in 2005 including an expat year in London and Paris at the Sorbonne.

Slavik then earned her J.D. from Vermont Law School in 2010 as part of a dual degree program which included a Master’s in Business Ethics Law from the Université de Cergy-Pontoise in Paris. 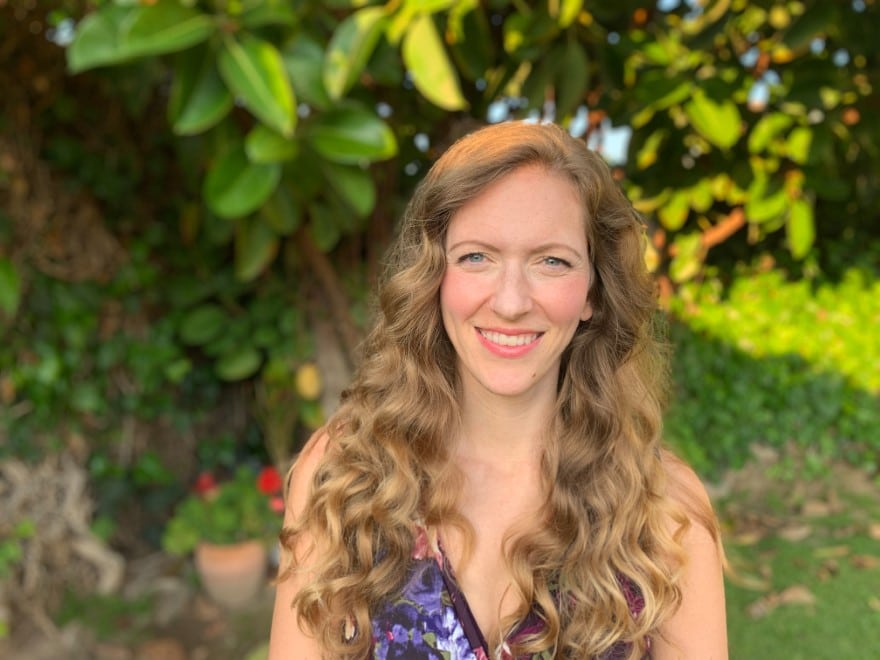 After being admitted to the New York Bar in 2010, she stayed in the City of Light as a legal adviser for the Organisation for Economic Co-operation and Development, an international organization focused on standard setting to improve economic and social well-being around the world. There she developed a connection to health care ethics that changed the trajectory of her career.

“I realized the impact that technology could have in shaping health care data and wanted to leverage my international skillset to contribute to better results. By 2013, there was shift toward more transparency in reporting requirements and data protection was the other side of the coin,” Slavik recalls.

While in Paris, Slavik met her husband at an expat 2014 Thanksgiving party. Shortly thereafter, she got a call from Veeva General Counsel Josh Faddis, seeking legal guidance to ensure that their U.S. data products could meet changing EU data protection requirements.

The call led to Slavik’s hire as Veeva’s first data protection officer. Leveraging business acumen as she created the privacy program, Slavik earned the title of chief privacy officer and relocated to Veeva’s EU headquarters in Barcelona in 2019. 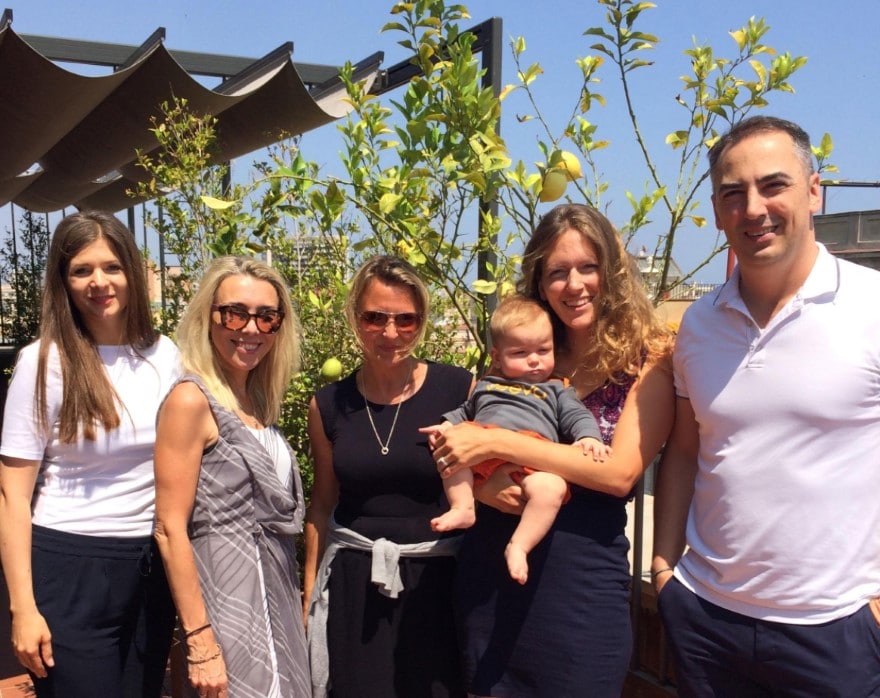 Though they love Paris, she and her family have no regrets about the move, especially as her colleagues helped the Slaviks settle into Catalonia and welcomed her back after her maternity leave last year.

“Our boys will grow up learning French, Spanish, Catalan and English and most importantly, have an appreciation for different cultures and a zest for life,” Slavik says. 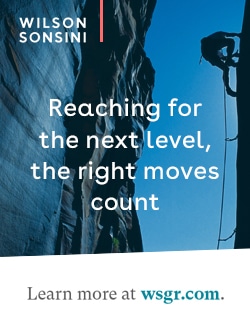 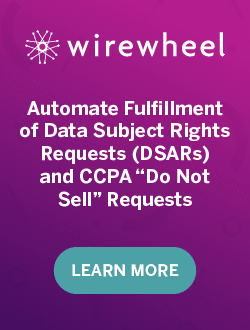