For more than 35 years, C.J. Hafner has walked the halls of power in the Pennsylvania State Capitol complex in Harrisburg.

Hafner, the chief counsel to the Democratic leader (currently Sen. Jay Costa) of the Pennsylvania Senate has advised and guided as many as 25 and as few as 16 Democratic state senators on pending legislation, their official responsibilities and parliamentary procedure. He’s helped draft and amend bills and interacted with state offices including its State Ethics Commission, too. 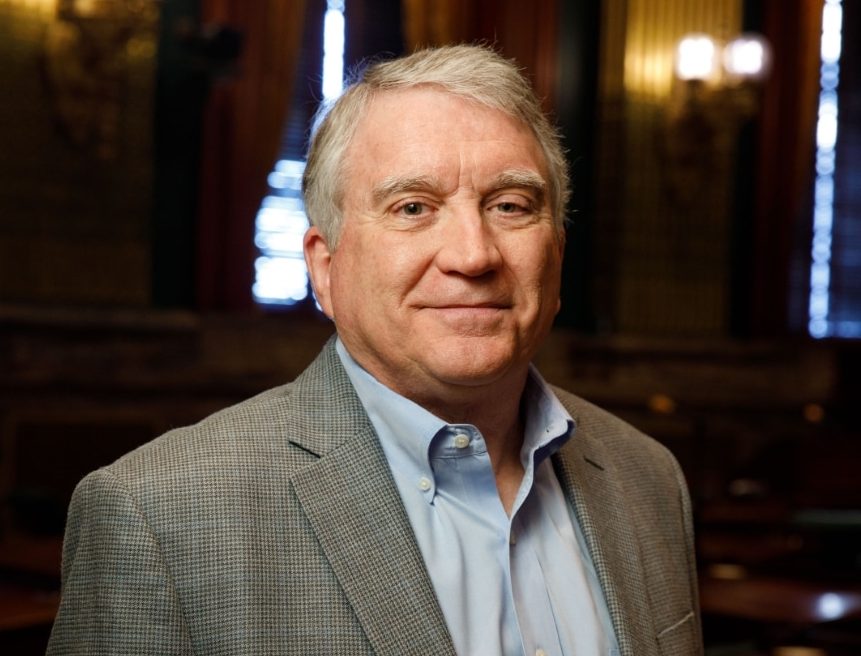 As he approaches retirement at the end of 2022, Hafner is also involved in contentious issues related to the 2020 presidential election. That’s on top of his duties to review contracts for computer support, telephone town hall meetings, as well as for office cleaning services.

It’s quite the workload and provides a wealth of stories for someone more at home in legislative chambers than a courtroom.

“My work is mundane and cutting edge,” Hafner says. “I have the pleasure and displeasure of working at the intersection of policy, politics and law. It can be fascinating place, but there can be collisions and agreements.”

“This can be extremely rewarding for creativity, but it can be frustrating for what can’t be accomplished if the party is in the minority,” Hafner says. “It comes down to keeping my clients happy. We try to make clients aware of opportunities for amendments if they have a bill and forward that particular piece of legislation, we keep an eye out to make them aware of an opportunity.” 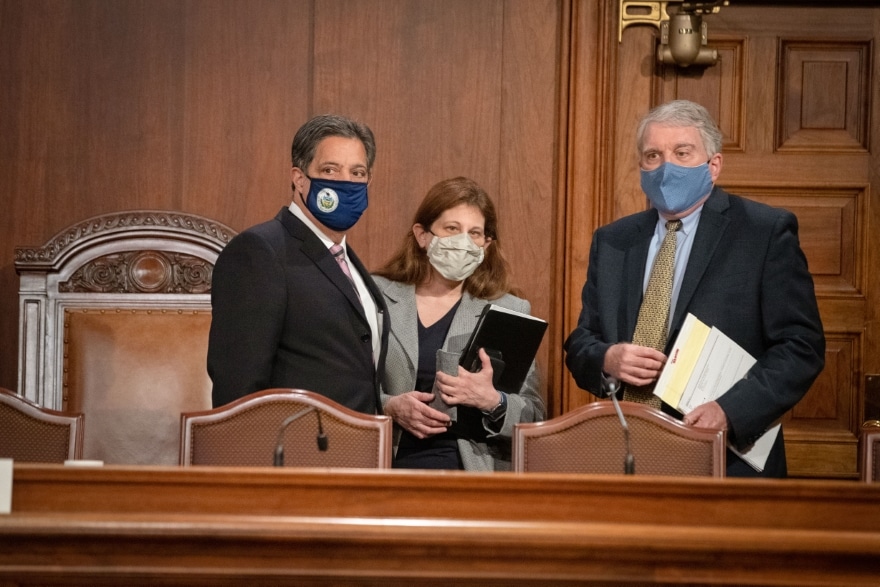 Though the language for any bill is determined by the state’s Legislative Reference Bureau, Hafner works with staff attorneys and those assigned to legislative committees to draft them. He also keeps senate Democrats abreast of the General Assembly’s calendar—and helps newly elected senators navigate the processes and restrictions that apply to their elected positions.

Hafner describes Pennsylvania politics as a “full contact sport,” and the issues facing the General Assembly have been especially contentious in the last several years.

Hafner has been helping defend President Joe Biden’s Pennsylvania victory since December 2020 when he helped write an amicus curie “friend of the court” brief for the U.S. Supreme Court. Justices had been asked to prevent Pennsylvania and other states from certifying election results but denied the challenges, including to Pennsylvania’s voting-by-mail practices.

Hafner also helped write briefs supporting the Senate Democrats’ suit against Senate Republicans to block 17 subpoenas issued in an investigation of the 2020 election because GOP lawmakers planned to share voters’ personal information, including driver’s license numbers and portions of social security numbers with a private contractor.

He helps write the briefs but relies on outside counsel for the court fights.

“My mindset is if I have to go to court, I want someone with me that has the same experience in the courtroom that I have on the senate floor.” 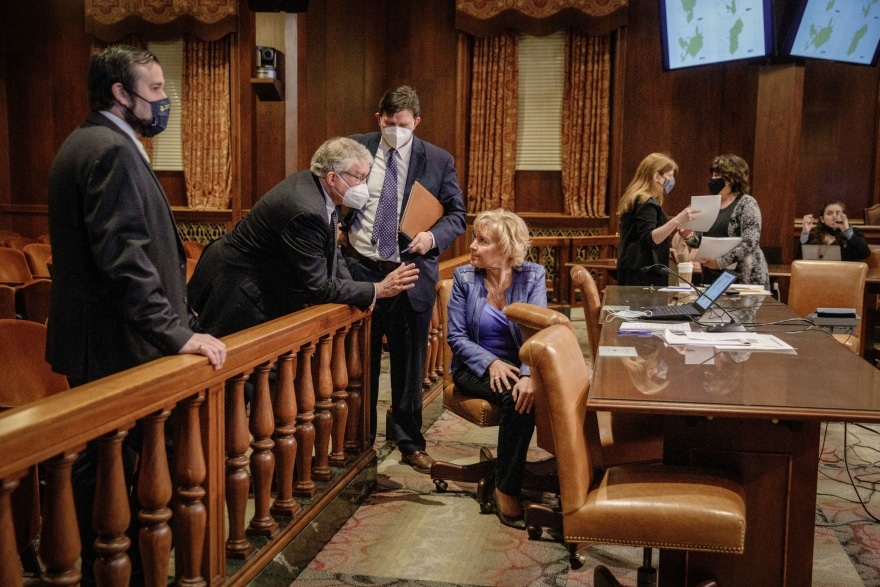 Gov. Tom Wolf vetoed a wider election reform act in 2021 that included requiring voters to show ID at the polls (only first-time voters are required to do so currently). Hafner says Democrats will continue to oppose bills that could disenfranchise voters who, for instance, don’t have driver’s licenses because they don’t drive.

Hafner has also participated in four redistricting cycles. Legislative districts are drawn by a commission as established in Pennsylvania’s Constitution. He’s advised two Democratic leaders on the legal parameters for individual districts and the overall legislative redistricting plans.

However, the process has become very litigious, he adds. During redistricting following the 2000 census, Hafner and his legal team submitted an amicus brief to the U.S. Supreme Court on behalf of then-Democratic Leader Sen. Robert Mellow. This year, Pennsylvania’s legislative and Congressional redistricting plans could again reach the U.S. Supreme Court, so Hafner’s working with outside counsel on responses to applications for certiorari.

Born and raised in Bethlehem, Pennsylvania, Hafner earned his bachelor’s degree in international relations and government from Lehigh University. After graduating, he studied at universities in Freiburg im Breisgau and Göttingen in what was then West Germany as part of the Fulbright U.S. Student Program.

When Hafner enrolled at Cornell University Law School and earned his J.D. in 1984, he knew he wasn’t interested in practicing international law for a corporation or moving to Washington, D.C., or New York City to work with the federal government or the U.N.

Hafner got in touch with his local representative, who said there was an opportunity to join state government as incoming Gov. Bob Casey Sr. had tapped into the General Assembly’s legal staff for his office.

In April 1987, Hafner joined the senate Democratic caucus as a staff attorney. His ascension occurred quickly—the chief counsel left his post to enter private practice that September. His assistant had also left to establish a legislative research office, so Hafner became acting chief counsel fewer than six months after joining the caucus. 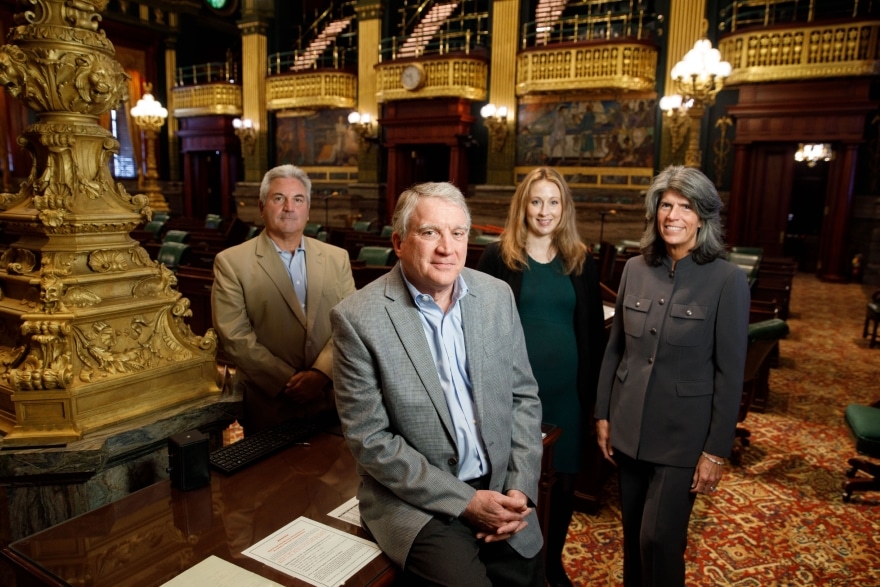 “It was a steep learning curve,” Hafner recalls. “You can go to the civil procedure code and find annotations behind every section. When it comes to parliamentary procedure, not so much.”

His on-the-job training was bolstered by mentors including C. Clark Hodgson Jr., who served in private practice as well as special counsel to the Pennsylvania Senate and House of Representatives.

Hafner plans to spend more time with his family and will continue sharing his knowledge with attorneys throughout the caucuses.

“It just got in my blood,” he says. “I’ve never been a counsel to corporations, so I don’t know how large boards can be, but I’ve had as many as 16 to 25 ‘clients’ depending on voters’ choices.” 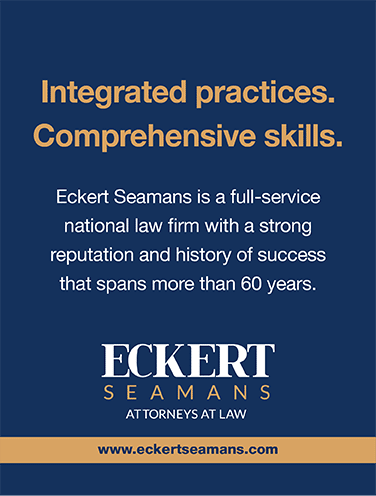 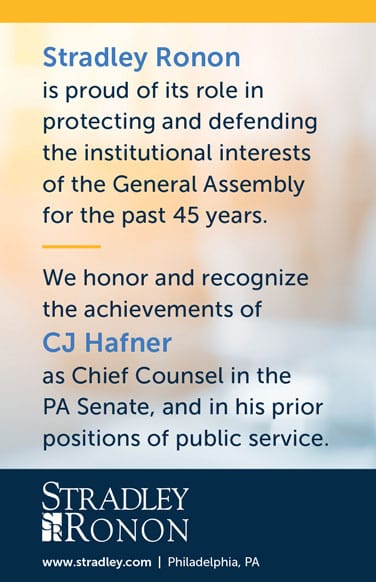