Articulate, analytical, creative – like most any law firm, these are just a few of the traits the leadership team at Atria Senior Living Inc. sought when they were looking to expand their legal team roster. But they also wanted someone who embraced their culture and value system, and who shared those priorities.

This mission-driven approach to hiring often marks a key difference between a traditional law firm and a company or organization looking to add in-house counsel. It was also among the reasons Lisa Conrad, now senior corporate counsel for Atria in Louisville, Kentucky, made the transition more than a decade ago. 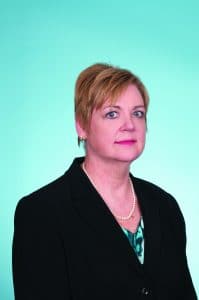 After spending more than 20 years in a business and finance position for a local law office, Conrad consciously decided to go into senior care. “I handled a lot of transactional work for the firm,” shares Conrad. “After working for so many clients in numerous industries, I concluded that I could provide a better service as an in-house counsel because you are able to really learn the industry you are in and better negotiate the agreements and understand their impact on business operations. Above all, you see the impact on the people the company serves.”

Benefits of in-house counsel for all involved

In her experience with the previous firm, Conrad also found that she was often brought into any situation later in the transaction. “People are hesitant to reach out to outside lawyers because as soon as they start speaking with you the clock starts ticking,” she says. “I worked with a lot of great clients, but just like anybody else, they are trying to manage their expenses so they wouldn’t necessarily come to you until a deal was already in progress. As a lawyer, you can provide advice and guidance along the way if you’re involved from the beginning.”

As in-house counsel, Conrad has found a team-oriented approach allows her to add value by helping to avoid some of the pitfalls involved in any process. “At Atria, we’re fortunate because our legal team is very well respected and the business and operations people come to us early,” says Conrad. “Some of the things we deal with include contracts, licensing matters, operational issues, employment matters and different initiatives the company is looking to embark on. Company leaders are focused on innovation, and we’re continually working to push beyond industry norms with our programming and practices, so it’s important to have keen legal eyes and minds on top of those issues. Being on the front end of these matters is really helpful for us and more efficient for the company.”

Timing was one of the biggest factors in Conrad’s decision to leave the firm where she was and join Atria. Knowing that she wanted to stay in Louisville, Conrad was drawn to Atria’s mission of senior care. The company prides itself on quality management and quality services seniors receive at this stage of life. Other aspects that have allowed Atria to stand out from other facilities are its Engage Life and culinary programs. “Our menus are created using fresh, seasonal, local ingredients and our menus are reflective of the area and our residents’ personal tastes,” Conrad explains.

Before interviewing for the position, Conrad conducted research on Atria and liked what she found. She grew even more impressed during the interview process as she met with a number of company leaders and learned about the company’s novel approaches to quality enhancement, resident lifestyle and comfort, and other facets of service and care.

With a small number of in-house legal departments in Louisville, the company received dozens of applications. At the time she was hired, Atria owned more than 100 communities and was involved in numerous transactions buying, selling and financing properties. Conrad’s background in financial transactions became a major asset for her being selected for the position. “My experience really came into play in their decision,” says Conrad. “There were other qualified people who applied for the position. I think some of my references were people who were highly respected by Atria, which had a lot to do with me being offered the job.”

Her supervisors are glad they did.

“Lisa has proven herself over the years to be a tremendous asset to our legal team, but more importantly, a great leader and advocate for our residents,” said Bryan Hudson, executive vice president, general counsel and secretary for Atria. “She embodies our belief in the extraordinary potential of older adults to continue fulfilling lives, and her actions routinely help advance that mission.”

Expanding knowledge of the industry

Although she has 30 years of legal experience under her belt, Conrad continues to learn new aspects of the industry. From a legal standpoint, Conrad was not as familiar with the health care industry as she was with other markets. With different licensing processes in senior living, Conrad was able to translate her transactional experience. “Documenting a loan is still the same regardless of the industry,” says Conrad. “There are certain aspects, though, that affect the operations. If you don’t know or learn the industry that you are in, you could be signing off on something that won’t actually work for the company.”

In her time with Atria, Conrad has led the legal team as it deals with regulatory changes for senior living that are underway in the state of New York. Although she was not initially hired to handle licensing work, the general counsel for Atria approached her about it with confidence. “At the time, they needed someone to ensure we were having calls with the executive directors of the communities and the regional vice presidents who manage the New York facilities, and keeping them apprised of regulatory changes in process and various licensing projects,” Conrad explains. “We have a lot of great people in the field who handle operations; you just have to communicate with them so they know what they need to do from a licensure aspect and why.” Conrad continues to play a key role in licensing matters for Atria in New York and other states.

Atria Senior Living Inc. is among the largest senior living providers in North America, serving more than 21,000 residents in 184 communities under management in 27 states and seven provinces. Conrad looks forward to continuing to provide high-quality in-house counsel through the company’s future initiatives.