Lance Balk thought he might be done with the general counsel world. After retiring from diagnostics equipment maker Siemens Healthcare two years after its acquisition of Dade Berhring, the attorney was wavering between finishing out his professional career in private practice and/or serving on company boards when Siemens Healthcare’s former chief executive officer James “Jim” Reid-Anderson called him out of the blue in 2010.

“I had always enjoyed working with him and, as he explained the opportunity, it sounded like a good one,” says Balk, executive vice president and general counsel at Six Flags Entertainment Corporation. “He asked me and a handful of other executives who had previously worked with him to join him, so there was a solid core of former Dade Behring/Siemens people there. There was also a terrific team of seasoned theme park employees already at Six Flags.” 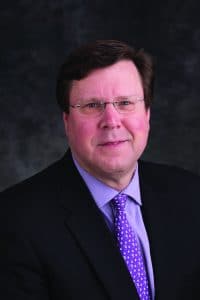 As the CEO of an organization struggling to reignite the brand and company following bankruptcy, Reid-Anderson offered Balk the chance to take a thrill ride that would not be out of place in one of the company’s 18 theme parks across North America.

“The company was coming out of bankruptcy after being mismanaged, so it created an opportunity to transform an organization that was underperforming into a high performing one,” says Balk. In just six years, the new management team at Six Flags has increased the company’s equity value eightfold thanks to a rigorous new approach that combines business analytics and best practices with a focus on strengthening the areas in which the company already excels.

“The former management wanted it to become a media conglomerate and just had a real lack of focus on what makes Six Flags successful,” says Balk. “Our business model is to focus exclusively on the theme park business and one of our basic operating tenets is to have something new in each park every year so there’s a reason to come and visit.”

During this new era of management, Six Flags has achieved some of the highest dividend yields of any publically traded company. “When you buy Six Flags you get a nice income stream in addition to significant potential for share appreciation,” says Balk.

Starting from the bottom

The son of an attorney, Balk long felt he was headed for a career in the legal field. Balk’s father served as general counsel for an Ohio-based agri-business partnership, giving him an early sense of what it took to be successful in that role. After earning both a JD and MBA from the University of Chicago in 1984, Balk joined law firm Kirkland & Ellis where he focused on securities, mergers and acquisitions, and general corporate work.

“It was a terrific choice going with Kirkland. It was a great and growing firm and its then leader, Jack Levin, was such a good teacher and proponent of the private equity practice,” says Balk. “The M&A work together with the resulting portfolio company work was a perfect environment for broad-based transactional learning.”

Balk eventually moved on to a general counsel role at Dade Behring in 2006 where he oversaw the late 2007 acquisition of the company by Siemens Healthcare. He remained with Siemens Healthcare until his 2010 “retirement.”

When the Six Flags job came on Balk’s radar, he was immediately intrigued by the potential to transform a company alongside a familiar and highly respected team of management professionals. “It was a small-to-mid-size public company and a lot of my work had been with similar public companies doing Securities and Exchange Commission (SEC), corporate governance, board and financing work that permits a company that’s in that stage to step up to the next level,” he says.

Balk developed this particular set of skills while at Kirkland, where he helped take private equity companies into the public realm with debt and equity financing as one of the firm’s SEC specialists. “The skillset of being a corporate mergers and acquisitions attorney as well as an SEC person translates well to being part of a nascent public company,” he says.

Not coasting on a reputation

At Six Flags, Balk had the opportunity to utilize his entire skillset in helping turn around the beleaguered but beloved company. “The previous owners would spend $50 to $60 million on a ride and then all the other parks would be starved for new attractions,” he says. “We wanted a more measured approach that looked at every park and what it would take to make each park successful every year.”

To that end, Six Flags is currently rolling out virtual-reality-enabled roller coasters at eight parks this season that allow guests to don the latest in high-end virtual reality technology while they ride one of the parks many roller coasters, turning what is already an exhilarating ride into a full sensory experience. “This particular approach to capital is much less expensive than building a completely new structure and it can be fairly easily implemented across all parks,” he says.

Six Flags’ margins have now improved to the point where they rank as the best in the industry, which Balk credits in part to the new capital approach, an intense focus on innovation and a new approach to vendors and concessions. “We had a bunch of third-party vendors in our park, but we found that we could have our own brands, restaurants and retail and be every bit as successful while achieving higher margins,” he says.

Another example of innovation is the new all-season dining pass that allows guests to enjoy unlimited meals at the park. “There’s probably a list of 100 things on the operational side that allowed us to be more successful financially; it’s not as simple as having a great new ride or show; it’s the mix of things that make people think it’s a good idea to come to Six Flags,” he says.

With 28 million annual visitors across its 18 locations, Six Flags deals with a variety of legal issues related to liability and disability accommodation. “We also have 35,000 employees at our peak season and 80 to 90 percent of those are part-time, so we deal with employment law issues, which in some states like California can be very complex,” he says.

Having helped Six Flags Entertainment Corporation get back on the right track after a long period of underperformance, Lance Balk has proved his ability to affect change and innovate in his role as executive vice president and general counsel.