From environmental fact-finder to doer

Being an environmental fact-finder had its moments. It just wasn’t so rewarding in a tangible sense.

So explains Lori E. Sanders, who spent most of her 20s gathering facts as an environmental scientist in Greater Philadelphia, often for lawyer clients who would apply her findings toward due diligence on property matters.

Sometimes it was about a gasoline station leaking fuel into groundwater in New Jersey or Pennsylvania. Or perhaps it was contaminated land known as a brownfield needing remediation before new construction could commence. Perhaps it was a former smelting factory in northwestern Louisiana with legacy issues stemming from the previous owner. 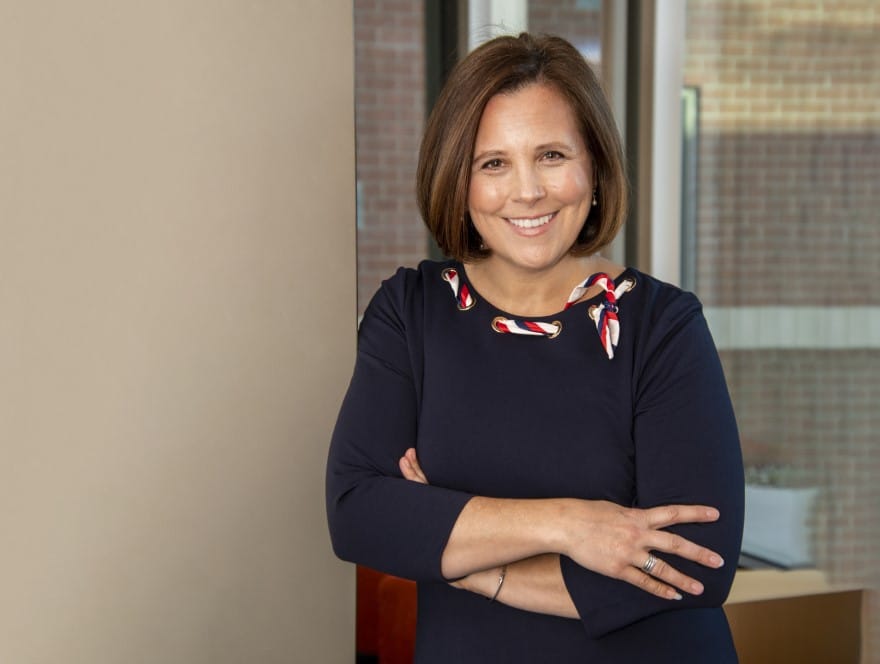 Someone had to objectively and reliably gather the details necessary to help others sort out the mess and she took her role seriously. But ….

“Rarely did we get into deep discussions beyond the facts and I became frustrated at not being part of the subsequent conversations,” the personable Sanders told Vanguard in November 2021. “It occurred to me, ‘I could do this too. How could I  be more heavily entrenched in the process?”

Short answer: Because the Lehigh University undergrad with a degree in environmental science didn’t have a juris doctorate. Hence her enrolling at Widener University School of Law in 2001, initially contemplating part-time but embarking on getting her degree full-time at the “ripe old age of 29.” The Wilmington, Delaware, school is noted for its environmental law curriculum and it afforded Sanders opportunities to immerse herself on matters of much importance in-state and prepped her for later roles worldwide.

“You can fuse your personal motivations, such as love of the environment, with your career if you look for a way,” she’ll advise anybody who feels trapped in an unfulfilling career.

At home in DuPont

For over a decade she’s been pursuing her passion and making the most of her skillset for DuPont, first at E.I. duPont de Nemours and Company and, since 2019, after the merger and separation of EID and The Dow Chemical Company, as chief environmental counsel at DuPont de Nemours Inc. While she has been immersed in international matters, there’s much on U.S. soil to keep her occupied.

Such as in the east Texas community of Orange where this past autumn Sanders helped settle allegations that the facility violated hazardous waste, air and water laws, some dating back to the late 2000s, at the Sabine River Works Chemical Manufacturing Complex. 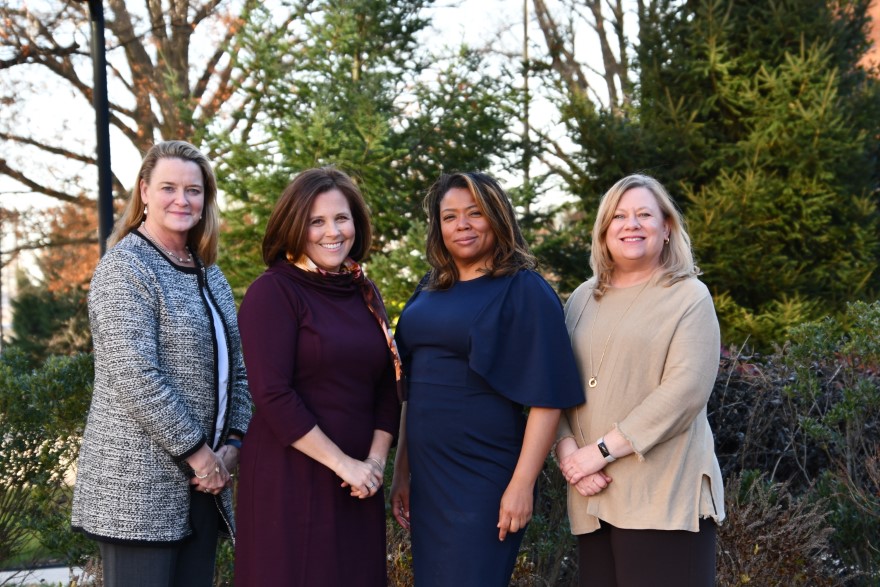 Under the terms of a consent decree in which no liability was acknowledged, E. I. DuPont de Nemours and Company, now doing business as Corteva Agriscience, and the Dow legal entity operating the Sabine site agreed to pay $3.35 million in civil penalties and legal costs. In addition, the companies will monitor and control benzene emissions and pH levels in wastewater; conduct soil, sediment and groundwater sampling; and undertake any necessary cleanup. The companies are also obligated to retain an independent third party to conduct compliance audits.

Interestingly enough, the entity for whom Sanders is directly employed is not a signatory to the settlement. As she notes, “New Dupont was only recently created and never owned or operated the historical assets of EID.”

Complicated as those arrangements are, they’re no more so than the matters needing Sanders’ counsel. She’s DuPont’s sole environmental lawyer on the international front and that’s had her crossing cultural and language barriers while sorting out issues overseas.

Such as in the Netherlands where Sanders spent much of 2016 settling claims resulting from an airborne release of a possible carcinogen at a DuPont manufacturing site that had three abutting towns concerned. The Dutch language not being commonly spoken by Americans, Sanders recalls how she and her colleagues spent hours wrestling with translations at their hotel to ensure they were prepared for the next day’s discussions. 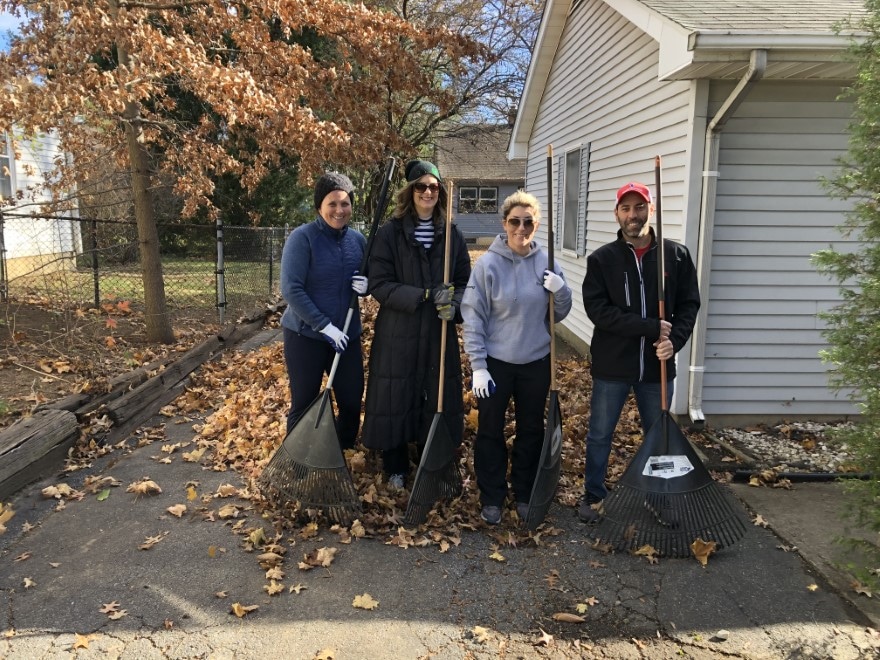 “We had politicians, regulatory agencies, and surrounding communities seeking answers and worked diligently over the course of months to resolve their concerns while keeping the plant running,” she says. “Time was of the essence, but we worked collaboratively to address the concerns.”

Closer to home, Sanders’ responsibilities include counseling the company’s many manufacturing facilities on regulatory compliance. She negotiates civil enforcement actions and advises on legacy liabilities related to Superfund and other discontinued operations. Prior to the Dow/DuPont merger, she played a crucial role in DuPont spinning off Chemours and Axalta Coating Systems, ensuring all environmental disclosures and documentations were in order.

None of which she could have done in her former life as an environmental fact-finder.

But that’s where her initial interest lay, and Sanders fondly remembers her late grandmother for fostering her environmental passion. A fourth grade teacher, Jane Waltman Sellers took the precocious child to wilderness areas in the Lehigh Valley, pointing out rocks, plants and animals as well as learning an appreciation for the natural world.

As a Lehigh University sophomore, Sanders got to explore the Finger Lakes in upstate New York, which factored in geomorphology—the study of the physical features of the earth’s surface and their relation to its geological structures—becoming a particular interest of hers. For a short spell she envisioned herself as a chemical engineer but that took a back seat to other interests.

“Swimming was my thing,” the former collegiate athlete says with a laugh. “I probably put more effort into swimming than in my courses and my grades weren’t that good.” 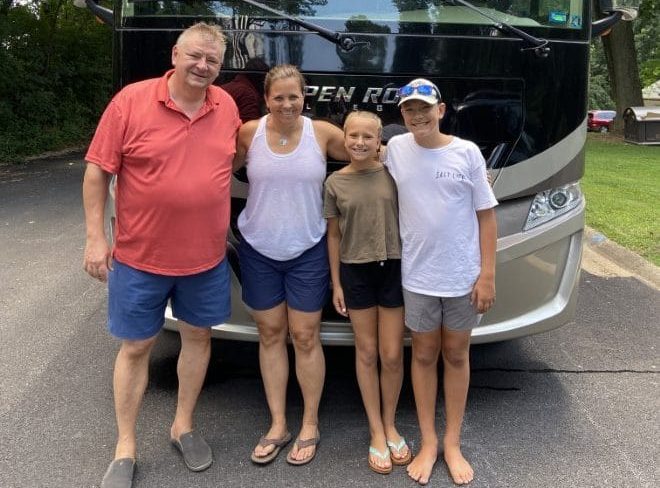 Earning a bachelor’s in environmental science still takes some doing, and Sanders did well enough in it to land positions with GHR Consulting Services and then with Dames & Moore/URS Corp., both in the Philadelphia area. But that alone wouldn’t be enough to satisfy someone with such zest for life.

Neither would being restrained to the office or even home for extended periods. During the first summer of COVID-19, Sanders and her husband bought a motor home that they’ve used to show their 12-year-old son and 10-year-old daughter the wonders of the natural world. Last summer they spent a month in Wyoming, where Sanders reunited with her long-ago Lehigh swim coach, the 85-year-old Maggie Land, who gave her an introduction to the Grand Tetons.

It brought back memories of grandmother, Sanders says, and of the need to be good stewards of the environment. She’s grateful for the opportunity to do so.

“DuPont has multiple core values,” she says. “Safety was the first—it started off as a gunpowder maker 200 years ago. Protecting the planet in addition to respect for people and highest ethical behavior round out the list.” 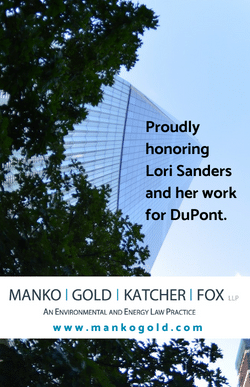 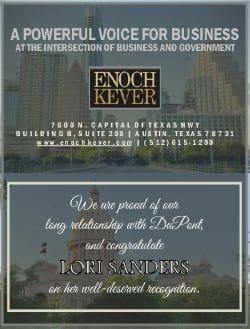 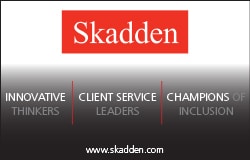