The right call for sorting out telecom law in Brazil

One might think that after near a quarter-century in telecommunications law with several Latin American entities, there wouldn’t be much Camilla Tapias hasn’t seen.

“But it changes all the time and there’s no chance to become bored,” Tapias tells Vanguard during a very eventful November from Telefonica Vivo Brazil’s headquarters in Sao Paulo. “We don’t have a day like the day before and we have to learn all the time. That makes my professional life very interesting.” 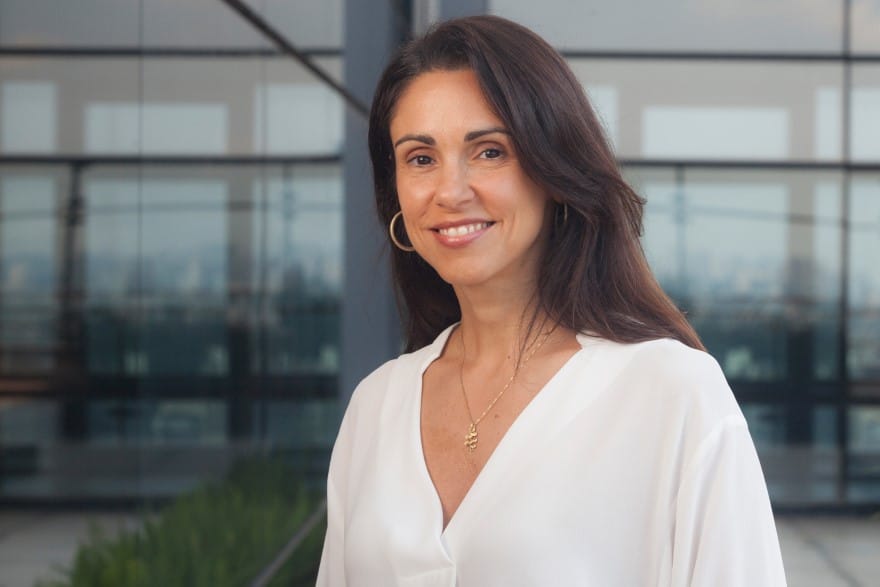 A member of the Telefonica enterprise for over 19 years and specializing in regulatory and anti-trust issues, she was promoted to vice president of regulatory affairs in 2019. It’s a particularly exciting time for Brazil’s largest telecommunications company as it helps build the next generation wireless network.

“The spectrum in telecom is like oxygen for people,” she says. “And the regulatory area is very interesting. It mixes business with law, and that’s very different from the plain legal area.”

Telefonica Vivo was among the telecom giants that, combined, spent over $1 billion in November as the federal government auctioned the rights to the radio frequency necessary to propel fifth-generation, or 5G, wireless technology. Just getting to that stage took over three years of work for Tapias, including passing through public consultation and negotiations with the Federal Court of Auditors.

The winning telecoms having committed to spending billions of dollars more to bring Brazil into the world of modern communication by 2025. Telefonica Vivo’s progress will be monitored by, among other agencies, the national telecoms regulator Anatel, with Tapias as a go-between. 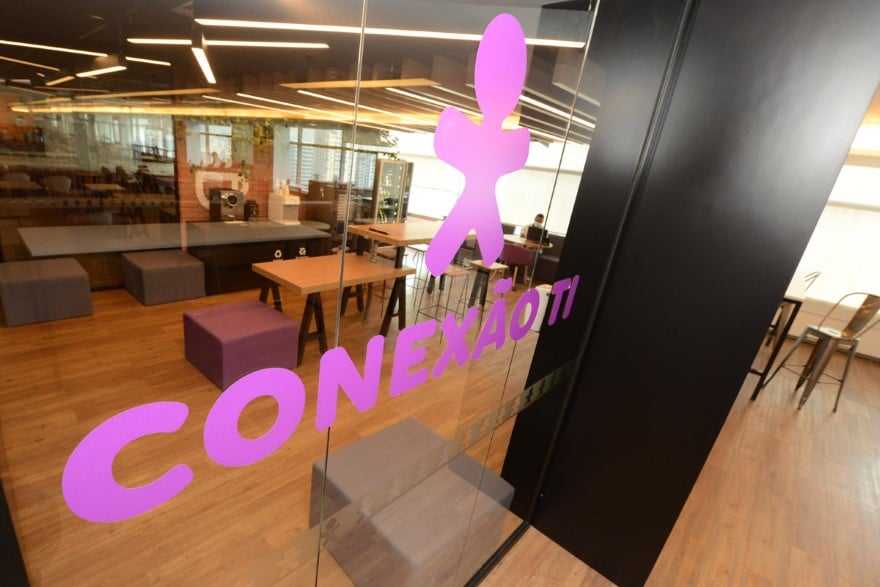 “This is a new technology that will change our lives,” she says of the 5G cellular networks that are divided into small geographic areas and connected by radio waves. “We need to ensure that the regulations are in the right level and don’t prevent the companies from developing new services. That’s our role.”

While 5G represents cutting-edge telecom progress, she doesn’t see her employer pulling the plug on landlines that remain a very important mode of communication for tens of millions of Brazilians. Telefonica Vivo might even expand its landlines, only through fiber that is faster than the copper networks.

Thus, she’ll be dividing much of her time between the 5G expansion and the continuation of fiber landline service. It’s all part of that evolving industry of telecom law, which wasn’t part of Tapias’ initial plan but one she’s felt has been—literally—her calling.

Legal from the start

A legal career always her intent, Tapias recalls watching lawyers on TV and in movies with her father. “I liked their logical way of thinking and their capacity to persuade people,” she says. “I was probably around 10 when I decided I would be a lawyer.”

She earned her law degree at the University of Sao Paulo in 1994, following up with courses on taxes. She then took a position at a local law firm with American clientele. At the time, telecommunications were managed by the government, though privatization efforts had commenced.

Tapias advising MCI WorldCom Inc., she was invited to work with the company in Washington, D.C., and assist it in the auction process. Recently married to a lawyer, she stayed in Washington for two years, juggling her role with MCI with a master’s in common law studies at Georgetown University. 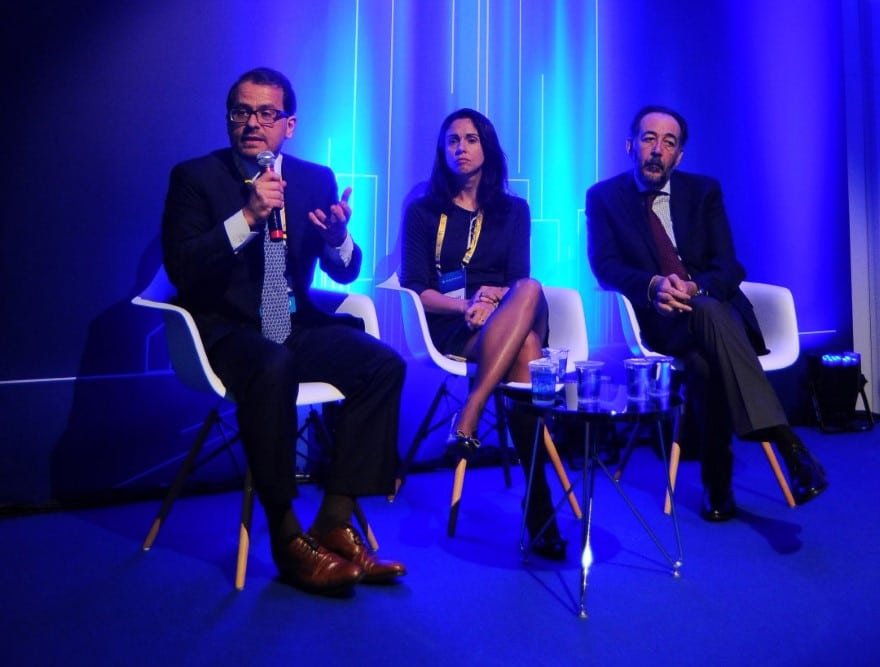 “It was a very intense experience and a challenge to understand the regulation of the sector that was initiating market transformation,” she says. “I didn’t have much of a social life. I was always studying and working.”

And what a career boost it proved, Tapias exposed to a much different legal code than in her homeland. Whereas Brazilian law is based on German-Roman System (Civil Law), the U.S. system has evolved from case law (Common Law). But with the Brazilian Universities inching toward case law, Tapias’ well-rounded background makes her a greater asset for Telefonica.

Her family now includes a 20-year-old son, a 17-year-old son and 14-year-old daughter, all Brazilian born. It’s a challenge, Tapias acknowledges, about being a working wife and mother with such a high-stakes responsibility, but she hopes to set an example for other female professionals.

“I tell women … that they too can do it,” she says. “Sometimes we get tired and frustrated, but as long as we like what we do, we’re able to do it.”

Tapias is also a sports enthusiast, rising at 5 a.m. for a two-hour workout that might be tennis, running, swimming, Pilates or a combination. It’s important to have the body moving for mental equilibrium, Tapias says, and she’ll need a lot of it during the next few years.

For while the 5G process is underway, it may be a process. The slow licensing for new antennas across Brazil may be among the factors delaying the rollout of wireless coverage. But she expects to be there for the duration.

“Sometimes I’ve wondered if I should look for other fields or companies, but I need to finish what I’ve started,” she says. “I still have a lot to do here. I’ve seen the beginning and want to be here at least for the end of the cycle, in 2025.” 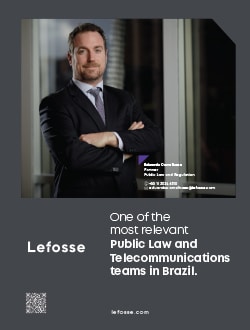 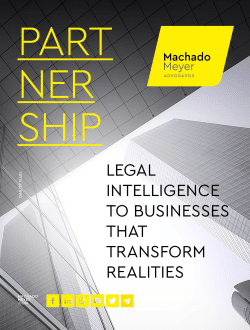 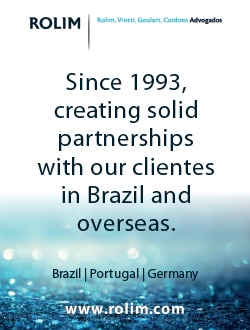