It’s not something many Americans have to worry about, putting plastic containers on rooftops to ensure a reliable and constant supply of water. But to Alvaro Gómez-Godoy, and many people in Mexico City and throughout Latin America, its commonplace. 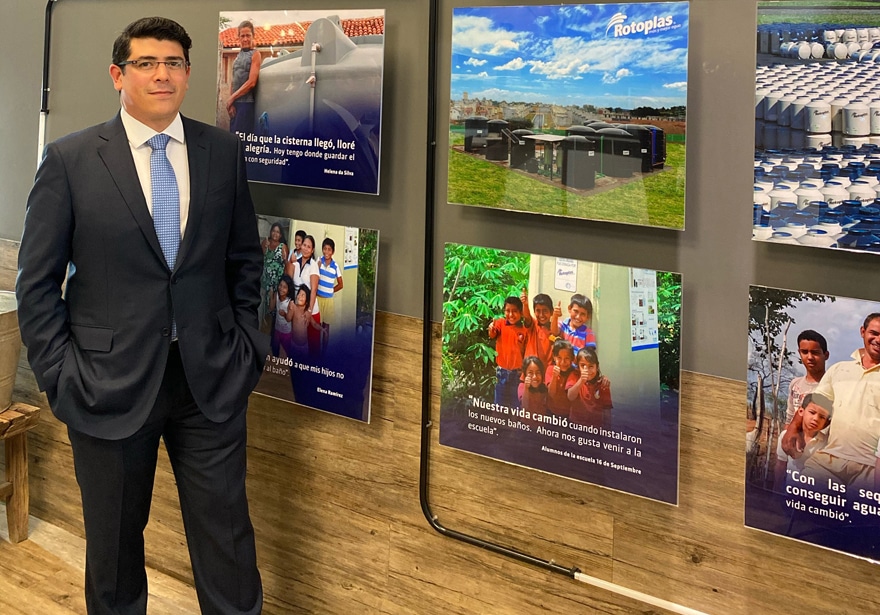 Joining the company in 2017, as head of the legal department Gómez-Godoy’s been busy overhauling the company’s legal services and contract management platform to speed up the delivery of water solutions. It’s an improvement that will be felt in 14 countries throughout the American continent.

“I wanted to change the company culture regarding legal services and the use of technology,” Gómez-Godoy says. “Using all available tools, I saw a way I could become a valuable partner to our operations teams, instead of having the legal department be seen as an obstacle or a ‘necessary evil’.”

And boy was that help needed.

Founded in 1978, Grupo Rotoplas has become an easily recognizable company. Why? Because everyone in Mexico collected rainwater on their rooftops with the company’s containers, which have become a fixture of Mexico’s skylines.

With innovation as the driver, one of the first things to fix were the containers. Once made from asbestos, Grupo Rotoplas pioneered the application of the rotomolding process to make them from safer polymers and coatings. The company later branched out into development of water conduction pipes, treatment plants and other means to give communities access to this life-giving necessity.

The riddle for Gómez-Godoy when he joined the business was finding ways to make internal processes—not just water—flow.

“My goal was to create a benefit—rather than a financial burden—to the company’s business objectives,” he says.

It was slow going at first, working on his own—a far cry from the 10 years spent working within a well-established legal department at Grupo Kuo, a large industrial conglomerate of companies in the consumer goods, chemical and automotive sectors. There he managed an international multidisciplinary team that handled complex legal projects supported by a highly specialized legal staff.

“Here at Rotoplas I had very few resources to dedicate toward projects,” Gómez-Godoy says. “I was finding my way, trying to determine what was critical, where I could have the greatest, most valuable impact, while keeping up with the day-to-day requirements to keep things moving. I started from scratch and developed policies and procedures for each business unit.”

Rolling up his shirtsleeves

To get started, he made do with the tools at hand.

Using existing software, such as SharePoint and Microsoft Forms, he developed a legal services request and contract management tool that started generating user data which helped him identify user groups and their most frequent needs. Gómez-Godoy then focused on creating templates for common contracts. From there, employees had the paperwork to start processing internal requests, service agreements and contracts of all kinds, reducing the legal department’s lower-value workload. 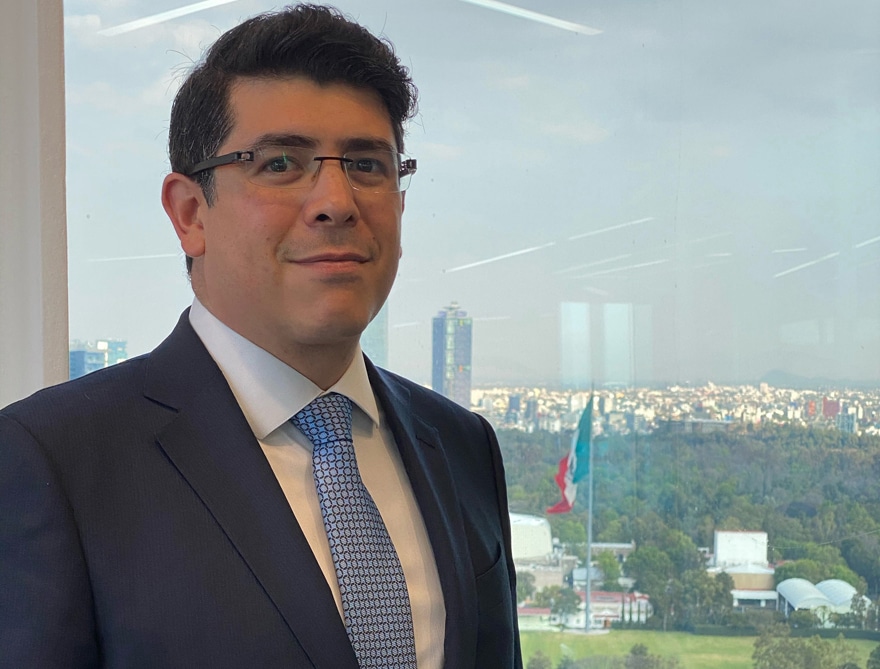 The effort to improve response times and draft contracts more quickly was no small task considering the company had to keep track of more than 10,800 projects and clients throughout the Americas. What’s more, LATAM countries are still leery of the use of electronic signatures—something Gómez-Godoy’s still battling and hoping to turn around soon to further boost operational and transactional efficiencies.

The value and results obtained from implementing his rudimentary system would bear fruit, however, with SharePoint now replaced by Agiloft, being used for the first time by a Mexican company.

With the new systems in place, the company now has a dedicated contract management tool with much greater interconnectivity capabilities that can be linked to systems and software used by other areas of the company.

Legal and compliance functions now have a farther reach, by allowing, for example, tracking service providers to make sure they’re in compliance with labor and tax laws. Or it can generate reminders for contractors to upload advance reports or risk having their accounts payable blocked until they do. Overall, the contract management software allows for better accountability, providing major improvements for the public company that not long ago handled its contracts manually.

“Besides providing a great service to our internal users, for us as a publicly traded company it’s all about transparency and compliance,” Gómez-Godoy says.

From the suppliers of raw materials and service providers to vendors and distributors, improving the contractual process has helped everyone long term, Gómez-Godoy says. Some of its water treatment contracts with municipalities and private companies can last for up to 20 years, so it’s proven to be a time-saving benefit to keep all the paperwork—including major milestones—up-to-date and in compliance.

“The company used to keep track of obligations in a rudimentary way, but now reminders can be set up in an integrated calendar tool for the lifecycle of the contract that will improve operations,” Gómez-Godoy explains.

The work’s paying other dividends as well.

Grupo Rotoplas reduced legal expenditures by 40 percent in Argentina and 60 percent in Mexico. It has also brought more people from the company into the legal services process and cut response time to contractual questions and compliance requests from 10 to three business days. Most significantly, Gómez-Godoy says, being regarded as an ally to achieve their objectives brings people into the process sooner, which in turn eliminates problems that become more difficult to solve farther down the road. 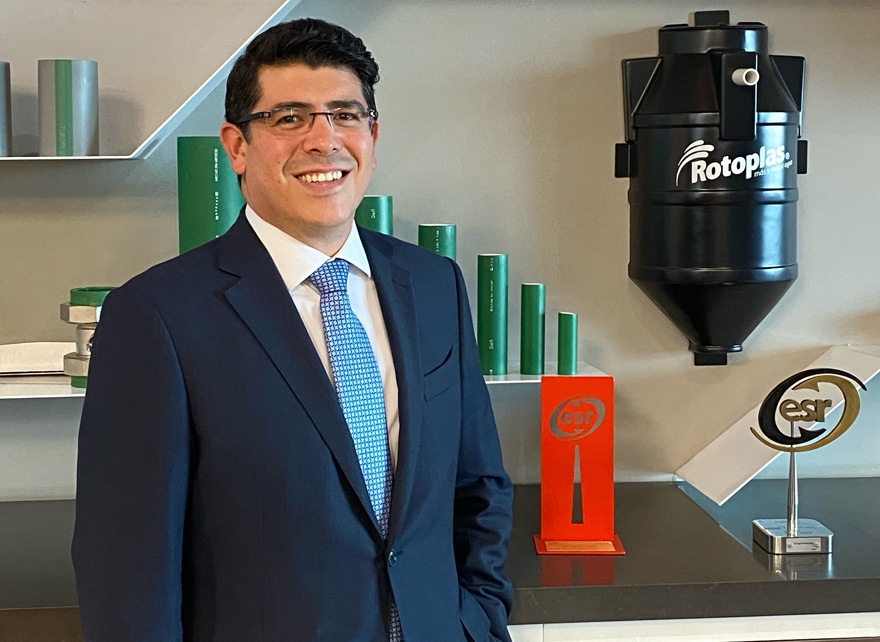 “We’re eliminating the long hours spent processing lower-valued work, freeing us up to do more,” Gómez-Godoy says, “It alleviates the strain on budgets and personnel, and the legal department has established itself as a valuable partner.”

When management saw the value of his projects, he was rewarded with two additional lawyers for the department, with a third one on the way.

“In Mexico we have a saying: Don’t walk forward with a hand outstretched,” Gómez-Godoy says. “First, you have to prove your worth to convince management you are worthy of receiving resources to deliver even better results.”

With water availability and quality a global concern, Grupo Rotoplas is looking beyond LATAM borders to craft e-commerce initiatives and environmental solutions around the world.

Many of the company’s existing service offers and solutions are aimed at presenting alternatives to reduce the use of plastic bottles that are so damaging to the environment. In Mexico, Grupo Rotoplas is also establishing alliances to develop drinking fountains in schools and parks, which not only have a positive environmental impact, but also help improve the population’s health.

“There are a lot of ideas, making it very nice to work here and have these discussions,” this graduate of Colegio Suizo and the Universidad Panamericana says. “Being part of a company with a commendable purpose, such as bringing more and better water to everyone, has allowed me to try different ways of doing things and keeps me and my team motivated to contribute as best as we can.”

Creating impactful policies set to his standards and collaborating with others to create better drinking water is rewarding to Gómez-Godoy. His job satisfaction also lies in knowing he’s changing the mindset of how people view attorneys—once considered an obstacle to swift operations and success.

“We’ve accomplished a lot in a short period of time. I intend to keep looking into ways we can improve,” Gómez-Godoy says. 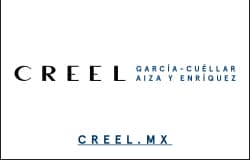