Greening up in Latin America

Luis Enriquez de Rivera Morales answers the call amid the commotion in Mexico City’s international airport, where he’s waiting to board a flight for a press conference with Martin Orozco Sandoval, governor of the state of Aguascalientes.

For that’s where Enriquez’s employer, Continental Mexico, will build a new central electronics plant of 8,000 square meters, investing $80 million while creating about 1,000 jobs over the next five years to further expand Continental’s presence in Mexico. 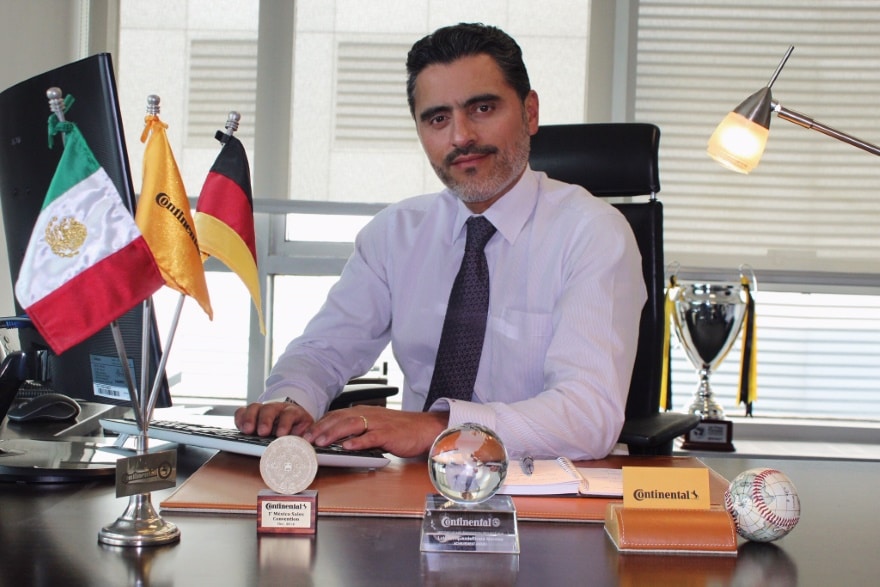 It’s a formidable presence already, in perpetual growth mode with 23 locations and around 26,000 employees. As general counsel, some of Enriquez’s most challenging assignments have been to facilitate the construction of Green Field projects—those in which an international conglomerate from elsewhere builds from scratch a manufacturing plant and related operations on undeveloped real estate.

Last year Continental undertook three such projects in Mexico—two in the state of San Luis Potosi where change-air lines are manufactured for the automotive industry and one in Queretaro where 160 engineers are working at an R&D center that will focus on electronic systems relating to autonomous driving. Further multimillion dollar expansions took place in the Ciudad Juarez, Guadalajara and Cuautla plants.

Lots of devil-ridden details to be ironed out before the first shovel can be overturned on any green site, Enriquez says. There’s the location and the acquisition process with corresponding due diligence about such matters as property titles and insurance. Other essential procedures include negotiation of a tailor-made property regime, exploring the possibilities of public subsidies, negotiations with government as well as contractors, and the implementation of Continental’s own policies and guidelines.

All part of the business of being an in-house lawyer, a role the affable Enriquez relishes.

“What I like best about this job is the diversity of matters,” he tells Vanguard in October. “You could wake up to a potential labor situation, come to work and be handed a compliance matter and then have to deal with a merger. But this diversity gets me going as opposed to being at a firm and having to specialize in just one, two or three fields.”

All the better, when the bulk of his workload is business related, says Enriquez, who, since joining Continental in 2004, has had a role in all aspects of its operations in Mexico and every Latin American country with the exception of Brazil.

Mexico has become a key player for the Germany-based Continental that since 1871 has been offering technology for safe, efficient, intelligent and affordable solutions for vehicles, machines, traffic and transport. Just last year Continental generated sales of $44 billion and currently employs more than 240,000 people in 60 countries.

Just the kind of company for a man like Enriquez, who considers himself a deal-maker. There’s certainly a lot pending on the business front, the parent company investing hundreds of millions of euros in the Mexican manufacturing plants in recent years and planning to devote a similar amount between now and 2023.

It’s an ambitious goal, Continental intent on creating the next generation of sustainable vehicles and being among the leaders in supplying advanced driver-assistance systems; fuel injection systems for low consumption; supercharged diesel and gasoline engines; electro mobility and keyless access systems; and displays in vehicle interiors.

And among the ways to accomplish it: A workforce that feels it’s valued, for which Enriquez can take his share of credit.

While Mexico’s labor laws are known for being employee-friendly, Continental took its own policies to a higher level last year, becoming the parent company’s first foreign jurisdiction to implement a flexible work program that includes telecommuting, sabbaticals and alternative working schedules.

It was up to Enriquez and his legal team of 10 to draft the policy, which included the elaboration of all application forms, mutual agreements, permits, addenda to the individual employment contracts, and modifications to payroll and social security reports. 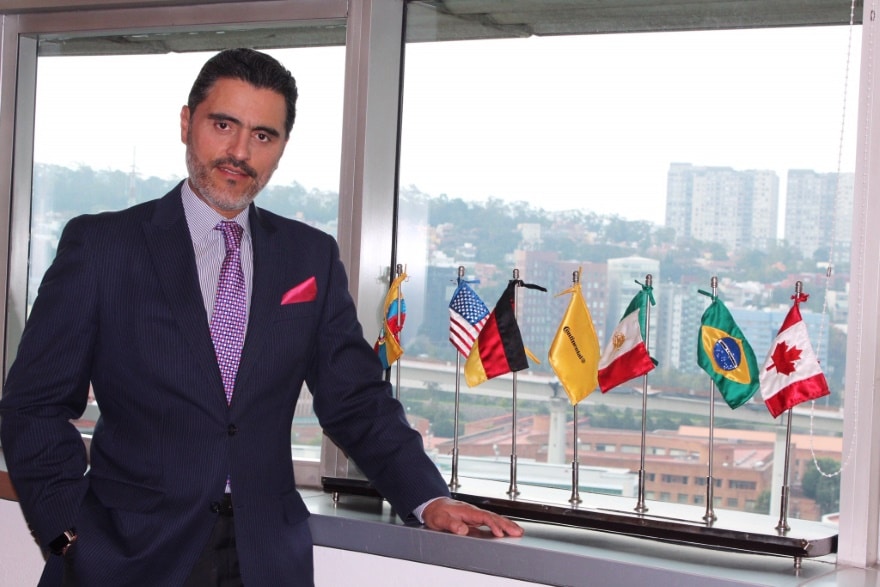 A year later he can illustrate how such a system has upgraded overall efficiency. Enriquez sees the difference up close as his legal team has traditionally had more women than men, and flextime being especially important when balancing a professional career with motherhood.

“There’s no quota system here,” he assures, going on to laud the performance of his new labor attorney who isn’t fazed by the hardball negotiations with union bosses. “I just often find that the best person for the job is a woman, and they reward you with good performance when you allow them flexibility.”

Continental is Enriquez’s fourth, and by far longest, career stop since he clerked for one of Mexico City’s top five law firms from 1990 to 1995.

The previous corporate roles—in order, Banca Cremi, BBVA Bancomer, Motor Coach Industries—prepped him well for Continental, Enriquez getting an on-the-job advanced education in such matters as labor, corporate, finance, insurance, antitrust, IP, environmental, arbitration, litigation, regulatory compliance, risk-management and, of course, the transportation industry. So adept is he at dealing with these issues that this past June Enriquez was named 2018 General Commercial Attorney for Latin America by Lexology and the Association of Corporate Counsel.

“Extraordinary with personal relations,” is how Enriquez is described in his listing among GC Powerlist Mexico’s 100 top General Counsels, note also made of “his ability to look at the big picture in very complex cases; the fact that he seeks different opinions before making a decision; and his openness to hear external counsel advice.”

Ever modest, he’ll attribute some of those virtues to his upbringing, having been fortunate to grow up as a lawyer’s son, going on to earn his law degree from the Universidad Intercontinental in 1995.

During the following years he’d broaden his horizons with graduate degrees in corporate law and bonding, and financial law and international commerce from Universidad Panamericana; trust services from Instituto Tecnologico Autonomo de Mexico; and education abroad such as “Management Program for Lawyers” by Yale University, “The Mini MBA for In-House Attorneys” by Boston University and “Finance for Managers” by Ashridge University in England.

Demanding as the continental role may be, he still finds time to serve as president of the Corporate Committee of the National Association of Companies Attorneys (ANADE), secretary of the board of directors of the Mexican Rubber Chamber Industry, and an authorized official translator of the English language by Mexico’s City Superior Court.

Now the married father of two daughters—the eldest being a 20-year-old law student—Enriquez is proud that a third generation is entering the profession. It’ll be her choice as to whether to opt for the firms­—a great training ground, he reminds—or go in-house, but he’ll always tout the advantages of the latter.

“Here you have freedom to be a generalist,” he says. “And the work-life balance can be better when you’re a general counsel. You actually can take vacations while still being connected with the office and your team to continue following up with important matters through mobility.”

And, of course, the work-related trips where he gets to view the fruits of his labor. Finally, Enriquez recognizes that the achievements are obtained with the great support of his working group “that perform more as a family than a team.” He makes special mention of his “great boss,” George Jurch, vice president of legal and compliance for the Americas. 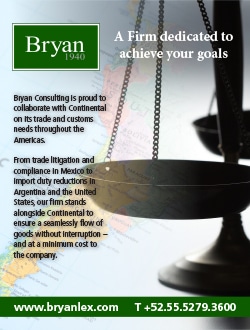