A driving force on many fronts

General counsels and chief legal officers often claim additional roles—executive vice president and corporate secretary being two of the most popular. Multiple titles sure look good on a letterhead or LinkedIn page, after all.

It’s a club that Victor Manuel Manzano Macias, who helps oversee the Mexican operations of international tire heavyweight Pirelli, is proud to belong. Only, in addition to heading legal affairs at its Silao, Guanaguato, base, Victor touts another, more unique title: sustainability manager. 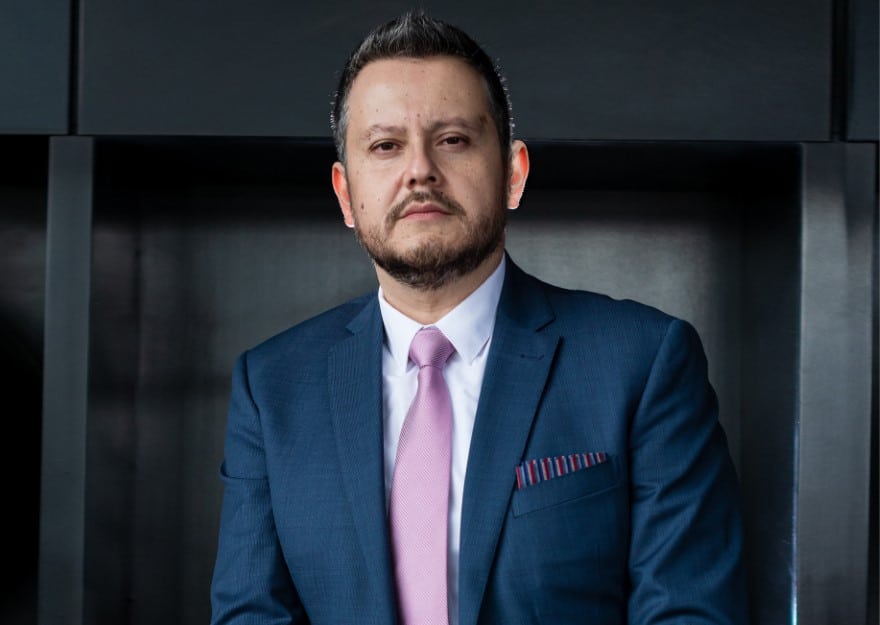 That’s a responsibility Victor takes most seriously, one subdivided into the realms of resource conservation, corporate responsibility and philanthropy. There’s much at stake in all these areas for Mexico, Victor reminds, and how he wishes other corporations would follow Pirelli’s initiatives.

So when Victor agreed to a lively interview with Vanguard earlier this year, he was just as eager to talk about sustainability as he was about the legal logistics facing the regional operation of a multinational company. He even finds the two responsibilities to be complementary.

Though he couldn’t talk for too long: Now halfway through a Columbia University online course that will further enhance his sustainability creds, Victor had to hit the books.

“I’ve got to keep learning something every day or risk falling behind,” says the good-natured Victor, who recently completed another local university course in high finance. “I’m always trying to learn new things or to teach something meaningful.”

One lesson Victor is eager to spread is the need for Mexico to be a good steward of a wondrous environment—one that hasn’t always been treated mercifully. A company such as Pirelli must set an example, he emphasizes, when consumers inappropriately discard old tires. Aside from the visual disgust, those tires become health hazards as rainwater collects under the rims, creating breeding grounds for mosquitos.

To that end, Victor is proud to lead an annual project with two municipal agencies—the Public Health Institute of the State of Guanajuato and the Comprehensive Public Toilet System of Leon—that each May has been collecting between 20,000 and 25,000 discarded tires of all brands. 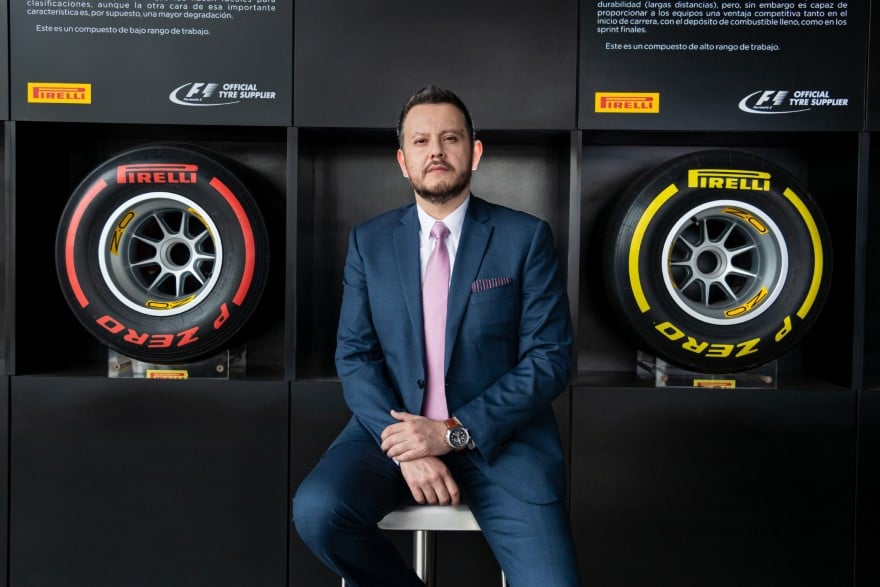 In a further boost to comprehensive sustainability, those tires are brought to a cement plant for furnace fuel. Incinerated at over 1,200 degrees, the tires create minimal emissions, further putting Pirelli on course to meet one of the 17 United Nations’ sustainable development goals for 2030.

“This effort allows us to have a favorable impact on society and is aligned with our company’s principles of corporate social responsibility,” Victor says. “We also have a threshold each year to consume less water and use less electricity, and to do so more efficiently. The effort includes eradicating landfill waste as soon as possible.”

The initiatives have been well received, most recently by the global nonprofit CDP—formerly known as Carbon Disclosure Project—which in January confirmed Pirelli as an international leader in the fight against climate change. The tire company scored an “A” rating, the highest score and allotted to just a few of the thousands of corporations participating.

Then there’s the philanthropic division of Pirelli’s sustainability arm, which has Victor fronting efforts to improve Mexican society. There being many risks facing the country’s children, Pirelli co-sponsors with Interfutura soccer camps for 120 youngsters. They don’t all have to be young Peles, Victor says. Just get them goal-oriented in some meaningful endeavor that steers them off the streets.

Of course, serving as Pirelli Mexico’s head of legal involves much more than goodwill gestures. Tire manufacturing is nothing if not a competitive industry, and Italian-headquartered Pirelli ranks among the world’s top players.

Its base in central Mexico positions the company to harness a booming market in the United States and Canada, which is indispensable. Around 20 percent of the world’s premium cars are concentrated north of the U.S.-Mexico border. Accordingly, Victor works closely with his U.S. counterpart, Camila Amaral Surcan, who heads Pirelli’s North American legal and corporate affairs in New York City.

He also benefits from the outside counsel of Cannizzo, Ortiz  Asociados, whose expertise in Mexican and Italian law is indispensable, Pirelli being Italian headquartered.

With a new year underway, there could be some wild cards in the tire industry, as the U.S., Canada and Mexico sort out the latest NAFTA revisions. As of January, Victor was reasonably confident that any new agreement would not affect the tire industry too adversely.

He’s also hopeful that the government will be business friendly while maintaining its commitment to the general welfare. Pirelli stands to assist on both fronts, Victor says, the company’s two Mexican factories producing 6.5 million tires annually while employing 2,850 people—a number that’s growing.

For the 44-year-old Victor, who recently celebrated his fifth anniversary as a member of the Pirelli team, the opportunity to bolster the company’s standing is one he relishes. Since earning his law degree in 2002 from the Autonomous Technological Institute of Mexico (ITAM), he’s taught securities law and been in private practice and in-house, finding the last role to be the most exciting—if a bit unpredictable.

“The difference between a law firm and in-house? Like Formula 1 vs. the demolition derby,” he says with a laugh. “But it breaks the monotony of firm life where all is client-driven. Here the work can be harder, and you have to take the lead.” 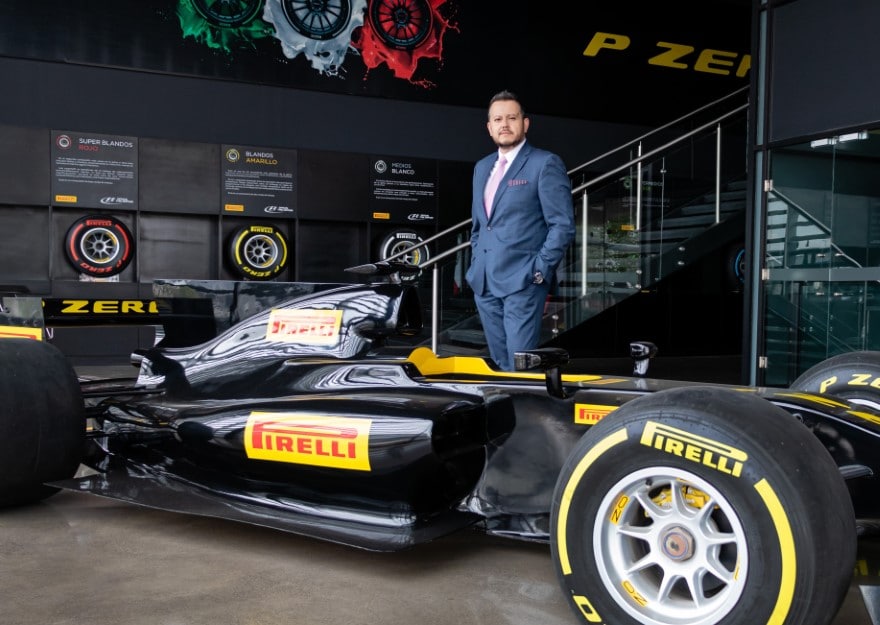 Victor spent almost a decade in private practice with Gardere Wynne Sewell, which operates in Mexico City as well as in Texas and Washington. During that time, he enrolled in a Wake Forest University program to better himself in American law. In 2009 he’d begin a four-year stretch in the legal department of a former client, the Mexican branch of Nokia Corp., ascending to general counsel of Latin America North from 2011 to 2013.

A most fulfilling time, he recalls. But his extracurricular passions involve cars, not telecommunications. When the opportunity arose at Pirelli to be a one-man legal team in Mexico, he had to accept. This, after all, is the company that provides tires to the Formula 1 races whose fans include Victor.

“At Nokia I learned all about cellphones, Bluetooth, the internet,” he says. “Right now I’m into tires and can tell you at a distance what size and brand a tire is. And I love sports cars. For me each day is a celebration that I can be near cars and the tires and that make them run.”

Tires that when they outlive their usefulness, Victor won’t allow to be left abandoned in a field. 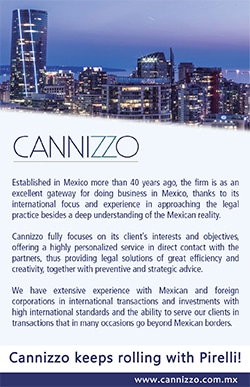