Finding her mission in academia

Private practice had its rewards, most of which were tangible. But in her professional prime, Maria Feeley wanted something other than to simply sustain her career at an Am Law 100 firm.

“At the big firms you can just be moving money from one client who has it to another client who has it,” she tells Vanguard this past spring. “But when you’re in higher education, you’re advancing the mission of an institution. The goal is to educate young people. It’s a feel-good position for a lawyer.” 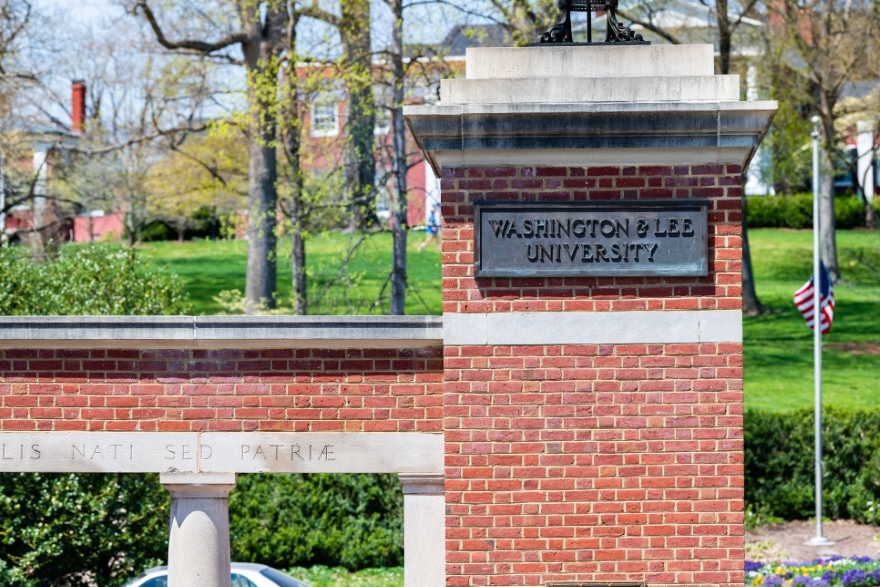 It’ll be a pleasant homecoming at the historic university with a most agreeable Blue Ridge Mountains backdrop. Her duties might be different from what she had been fulfilling simultaneously, since 2017, at two northern schools—undergrad alma maters Rosemont College and the University of Hartford—but she’s always been one to adjust to new roles. Being on familiar turf should only ease the transition.

Seems meant to be

Feeley remembers well the events that initially brought her to W&L, despite improbable odds. Having grown up in modest circumstances in gritty southwest Philadelphia and attending Rosemont College on scholarship, she had never met a lawyer until she babysat for a child whose parents were both attorneys.

Seeing potential in this bright-eyed young woman who double-majored in math and history, the parents encouraged her to pursue law. W&L—prestigious, relatively affordable and in a locale far removed from big city distractions—seemed the ideal school, and what a career path it put her on.

First came seven years as an associate with White and Williams in Philadelphia, which enabled her to pay off college loans. Then, she was on to Pepper Hamilton, where she made partner during her 2004-2016 tenure. Freeh Group International Solutions, a global risk management company run by former FBI Director Louis Freeh, merged with the law firm, and Feeley served it as a consultant. Freeh left the firm following a near-fatal auto accident in Vermont in August 2014, and two years later Feeley also departed.

“I thought about what I really wanted to do and that was working for a mission-driven institution,” she says.

At the time, she seemingly had enough extracurricular missions to minimize any personal time, Feeley juggling roles with the Pennsylvania State Ethics Commission, the W&L Law Council and as the chair of Rosemont College’s board of trustees. Finally, in 2016, she found that long-sought full-time mission as chief legal officer at Florida A&M University’s division of legal affairs.

One year later, while retaining the Rosemont College role, she joined the University of Hartford as vice president, general counsel, secretary and later, interim athletics director.

“Stepping into that world wasn’t that difficult,” she says about transitioning from private practice to academia. “When you’re a partner at a law firm you’re available 24/7. It’s not that different as a general counsel at a university. Crises don’t care what time it is.”

Which isn’t to say the University of Hartford or Rosemont College were in crisis mode on Feeley’s watch. Quite the contrary.

This fall should see the opening of a 60,000-square-foot academic building on the UH campus, funded by a $132 million bond largely enabled by Feeley having selected and managed the various counsel whose input was needed for financing, environmental impact and real estate. The Francis X. and Nancy Hursey Center should further the university’s prestige, with amenities including labs and learning spaces for the College of Engineering, Technology and Architecture, and the College of Education, Nursing and Health Professions.

There was also much to cheer about this past spring, with the men’s basketball team winning its first America East title and advancing to March Madness before a first-round loss to eventual champion Baylor University. Though she’ll be based in Virginia next winter, she’ll be cheering for the Hawks who, save for one graduate student, will have the rest of the team back. 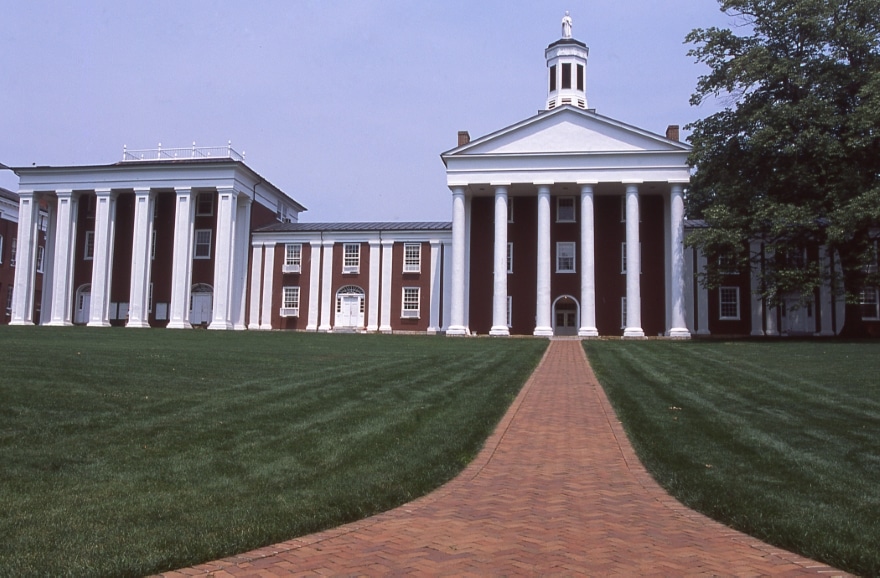 “All the coaches wrote to the president asking to keep me in the position,” she says with a good-natured laugh. “Some of the staff said I’m the best AD they ever had, though I also was the university’s attorney.”

The critical thinking garnered from the legal world indeed was applicable to the athletics department, says Feeley, who cut spending by $1 million without eliminating any of the 17 programs, navigated the protocols for COVID-19 and introduced new revenue streams. As a woman in the athletic director’s role, she was a rarity, but that was OK with Feeley, who hopes to level all playing fields.

She also hired the department’s first Diversity, Equity and Inclusion professional and launched various DEI initiatives. These include what’s known as the Hawks’ Diversity, Equity and Inclusion Committee, as well as a coed varsity esports club. Lest anyone sneer at competitive video gaming, she’s quick to point out that the response has been overwhelmingly positive, owing to the program’s emphasis on teamwork, communication and tech know-how. Her own sons, second- and eighth-graders, play, and she’s seen nothing but positive effects.

And, in addition to Feeley, there are four other lawyers in the UH legal office, and they all just happen to be Black.

“I’ve worked my entire life to hire the best talent and I’ve found it,” she says. “When someone says they can’t find qualified minorities, they’re just not looking in the right places. Recruit the right way and you’ll get the most diverse talent pool.”

While she’ll be immersed in her responsibilities, part of Feeley’s heart will always be at Rosemont College, which she lauds for the upward mobility and demanding curriculum that are among the core values.

She’s just as proud of what she’s accomplished there as board chair, last year leading a nationwide search for a new president that culminated in the unanimous selection of Dr. Jayson Boyers, the former President of Cleary University in Michigan.

“Inspiring, innovative and accomplished,” is how Feeley sums him up. It’s a good bet that the same is being said about her in Lexington, Virginia. 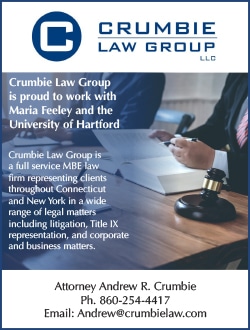 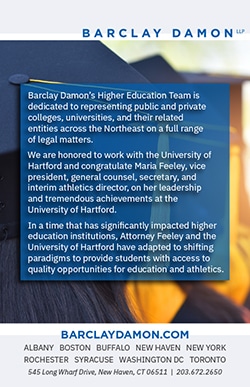 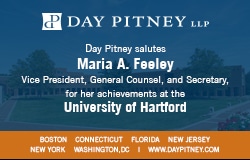 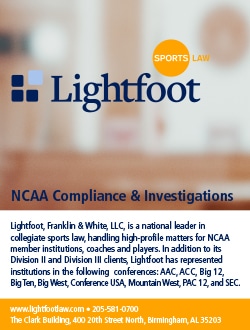 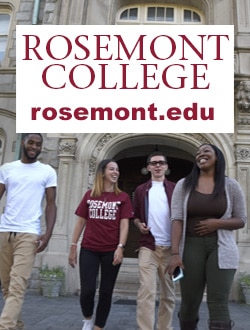 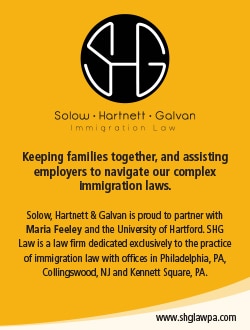 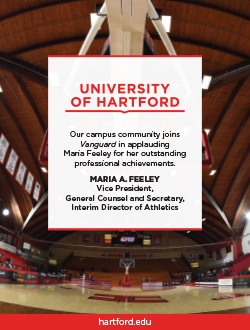 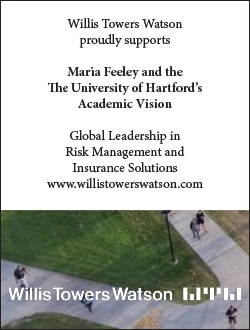