An unlikely angle for activism: architecture

Like many lawyers, Juli Faris Bruce chose the legal path because she was an idealist; she wanted to make the world a better place. While the reality of the legal field—the grind, the competitive edge, the win-lose nature—can break some once-idealistic attorneys, Faris Bruce has found a way to contribute to the greater good. That’s not something she takes for granted after 16 years in the trenches of law firms.

Faris Bruce is general counsel and principal for NBBJ, a U.S.-based global architecture, planning and design firm that strives to promote success, happiness and well-being. NBBJ has been named one of the 10 most innovative architecture firms by business media brand “Fast Company” two years in a row, and the firm describes its team as optimistic activists. 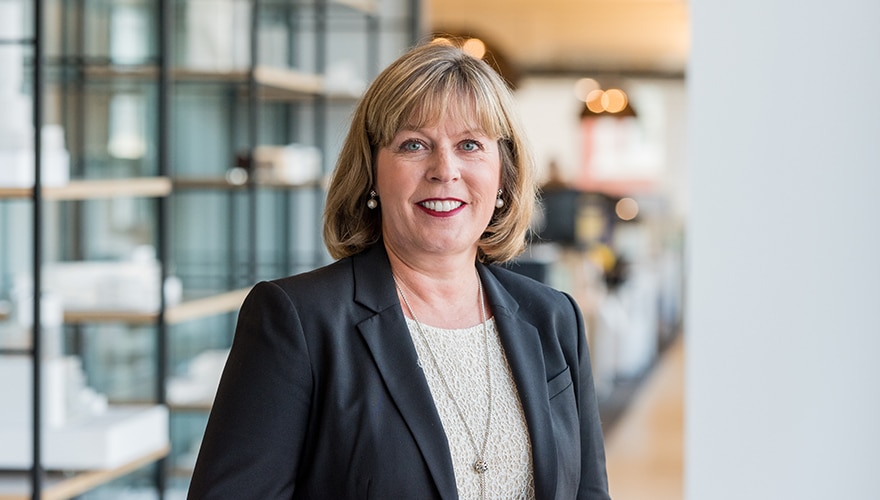 “To be at a firm like NBBJ and do the work that I’m doing, at this point in my career, is really exciting to me; I have to pinch myself,” Faris Bruce says. “Supporting the design practice here has allowed my career to come full circle, back to where I started when I believed practicing law could make a positive difference in the world. At NBBJ, I’ve seen how it can!”

A lot of conviction for a little cog

Faris Bruce spent 16 years in private practice law firms, where she specialized in mergers and acquisitions. After working part time while she raised her kids, Faris Bruce wanted to work full time again. She wanted to advance her legal career, too, but she didn’t have any interest in becoming a firm partner. Going in-house presented an appealing alternative.

But she didn’t search blindly. At each company Faris Bruce interviewed, she’d ask herself, do I really believe in what they’re doing? Can I get excited about their work and feel like it’s really changing the world in a positive way? NBBJ fit the bill.

The firm’s mission is full of phrases like “celebrate and protect what makes us inherently human.” It claims to “confront global issues” like climate change, social inequity and well-being, all through design. “When the firm says these things, they really mean it. They live it,” Faris Bruce says. 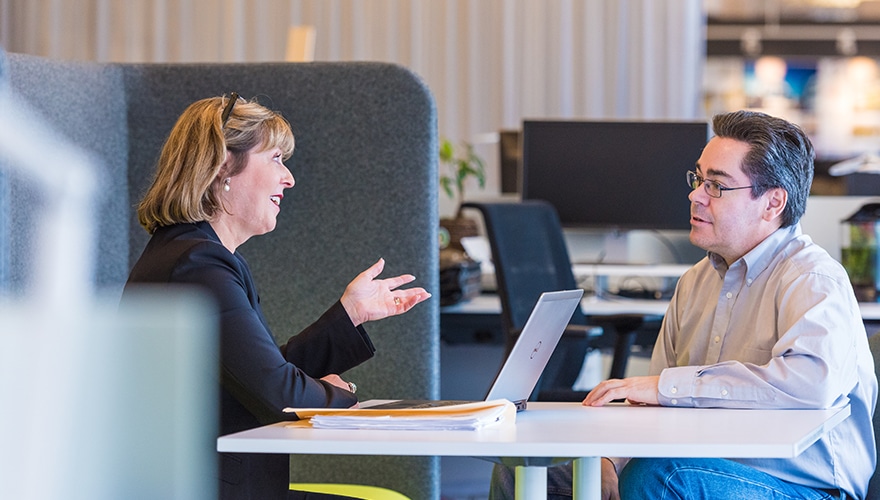 For instance, NBBJ partnered with John Medina, a professor at the University of Washington who regularly lectures to all NBBJ employees—not just designers—on how factors like color, lighting and space can have a positive impact on the brain. Implementing this knowledge in the design of healthcare facilities has enhanced NBBJ’s ability to use the built environment to support improved patient outcomes.

“Changing people’s lives for the good, particularly the lives of those who are most vulnerable, is meaningful to me, so to work at a firm whose mission is to improve lives is refreshing,” Faris Bruce says. “It’s what brings me to work every day. Even though I’m a small cog in a big wheel, I am playing a part in an organization making a difference.”

It takes a certain humility gene to succeed at NBBJ, Faris Bruce says. “As an attorney, that’s a beautiful thing.” And that humility is reflected in her leadership style.

“Changing people’s lives for the good, particularly the lives of those who are most vulnerable, is meaningful to me, so to work at a firm whose mission is to improve lives is refreshing.”

In 2004, Faris Bruce joined NBBJ as assistant general counsel, working out of the Columbus, Ohio, office. She didn’t know much about architecture, but says, “I dug in and learned as much as I could. It was overwhelming at first, but it was also a lot of fun to retool my skills.”

In 2012, the previous general counsel left the firm. NBBJ searched the U.S. for a replacement. “And they found me sitting in Columbus,” Faris Bruce laughs.

Today, she oversees a team of three—soon to be four—that includes an assistant general counsel, a business analyst and a paralegal, all in Seattle, Washington. She’s in the process of hiring another attorney, who will be based in New York City, and she also oversees and manages the firm’s outside counsel.

Faris Bruce says she’s passionate about being a servant leader. “I get joy out of developing other people’s skills and empowering them to succeed and become the best versions of themselves.”

On Mondays, the whole team participates in a video conference call. That’s in addition to the weekly one-on-one calls Faris Bruce schedules with each of her legal team members.

“Sometimes the conversations are very personal discussions about family or what’s going on in life,” she says. “There’s a lot of laughter during those calls. There’s a lot of sharing. There’s trust building, and that’s when I feel like I have the opportunity to work on helping the people on my team grow and thrive.”

The legal team is small but mighty; it’s nimble, Faris Bruce says. “We flex with NBBJ’s constant changes to support the firm’s mission and leadership’s goals.” From a legal perspective, it helps that NBBJ’s leadership has integrity and “runs a very principled business.” In every circumstance, they seek to do the right thing,” Faris Bruce says. “They take risks to advance the business, but they always do that in a measured, intelligent, highly integrated and ethical way.” 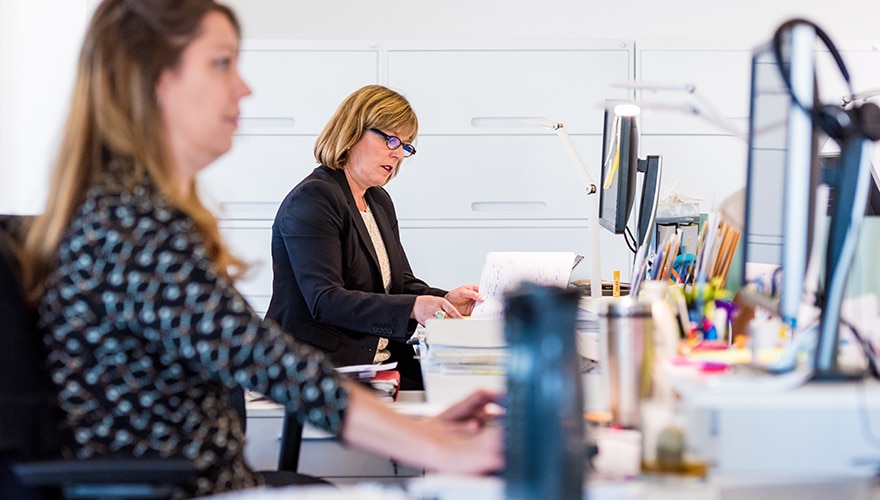 She is also working to systematize the legal practice within the firm to ensure that it is sustainable and can be seamlessly passed on to future NBBJ legal teams. Her team has created guidelines for a consistent approach to negotiating contracts and managing higher risk projects. She also drafted NBBJ’s code of conduct, which includes anti-corruption guidelines, a guide to gifts and entertainment and a guide for avoiding conflicts of interest. All of these tools and initiatives have enhanced NBBJ’s approach to risk management and heightened awareness of NBBJ’s global social responsibility across the firm, Faris Bruce says.

“They are making us all more aware of our ethical obligations as a global business,” she says. “I was a big part of that, so I’m really proud.”

Faris Bruce hopes to live out her career at NBBJ, and she hopes the legal framework she’s establishing will continue on long after she’s gone. While she’s always had an idealistic leaning, Faris Bruce has been inspired and energized by her time with NBBJ. She’s caught the bug, loving the practice of law again, and now she’s spreading it, hoping others will catch a similar fervor in the future.