Insurance giant lucky to claim him

Mind-boggling as the statistic may sound—74 percent of the nation’s property and casualty litigation being in Florida—it’s not that hard to fathom.

Population-wise, it’s among the fastest growing states and, next to Alaska, has the longest coastline. That coastline also heavily built up—and not always according to code—and prone to increasingly severe weather and tidal surges, claims are certain to accumulate. 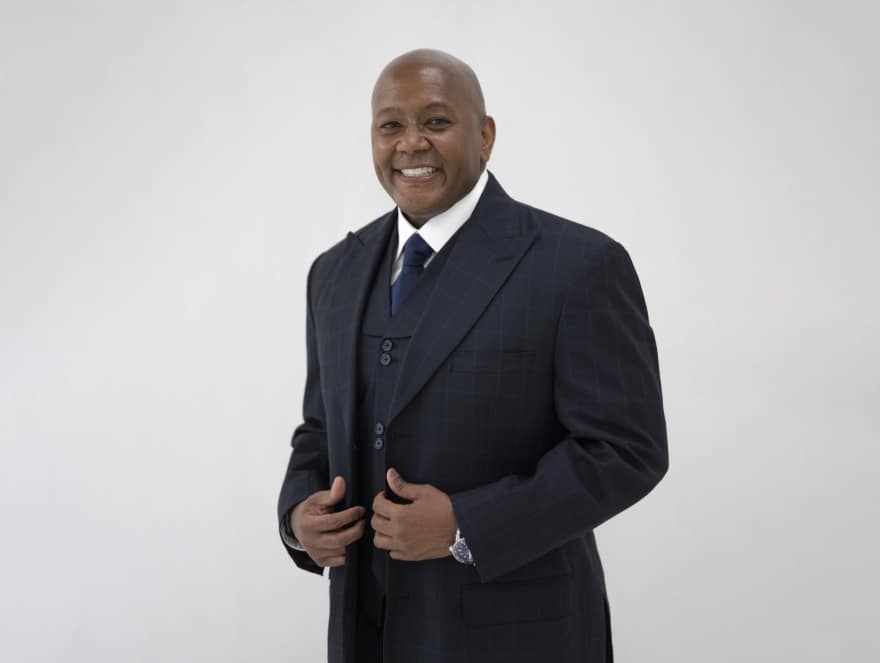 And that poses challenges for Universal Insurance Holdings Inc. and its subsidiaries that have over 900,000 policyholders in Florida and 18 other states. It’s a given that many of them, particularly the Floridians, will be filing claims each year. Thus, the need for a quality legal department, which Universal has entrusted to Darryl Lewis since August 2018.

At first glance he seems an unconventional choice, Lewis having made his mark as a trial lawyer for plaintiffs. But adversarial as courtroom proceedings could be, Lewis had served on Universal’s board of directors since 2013. He and then-CEO and present Executive Board Chairman Sean P. Downes had been friends since their children attended the same elementary school and played sports together.

“They saw the need to have the voice of someone with my experience—someone who looks at claims from a different perspective and who understands the importance of teamwork in litigation,” Lewis tells Vanguard in May while working remotely at his Parkland, Florida, home. “I’ve seen first-hand the challenges a company like ours faces, and I know how to meet them.”

Though Lewis says he’ll be a trial attorney “as long as the Almighty gives me strength,” his responsibility at Universal is more managerial and mentoring. It must be, with him leading 47 lawyers and around 140 support staff, because, he says, “whatever success we have comes from the team.” But he’s still the one responsible for the cases being litigated, and if it means getting personally involved, Lewis will do so.

“If I can add value, I will,” he says. “I can sense when policy partners aren’t forthcoming about the circumstances surrounding a fire or some other loss. If I see that that they’re misrepresenting facts, submitting a fraudulent claim, or demanding more than the fair amount of money.” 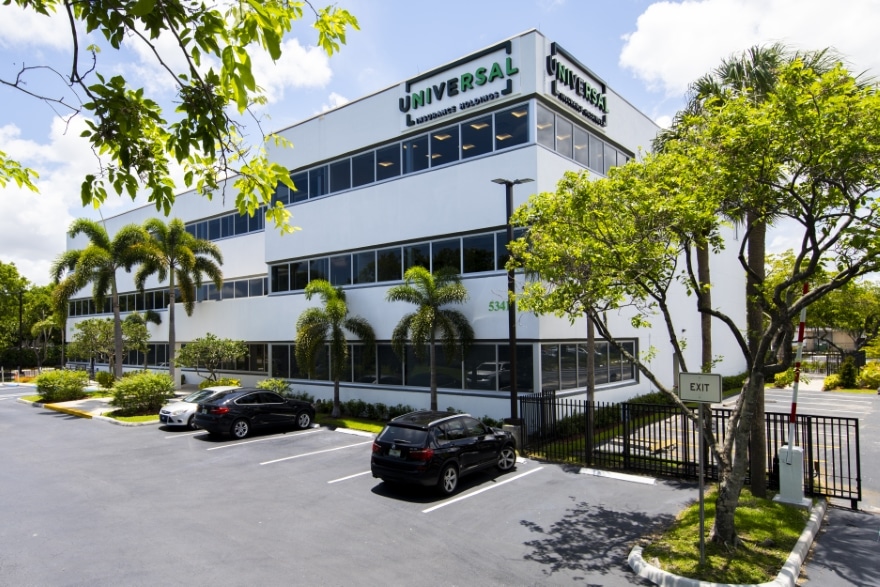 He also follows legislative issues such as an insurance industry-backed bill that cleared the Florida Legislature this past spring and, pending the expected approval of Gov. Ron DeSantis, takes effect this summer.

Specifically, the statute prohibits a contractor from advertising that “encourages, instructs or induces a consumer” to contact that contractor or public adjuster for the purpose of making a claim for roof damage. It prohibits certain financial incentives in relation to roof claims and fees or rewards for the referral of any services payable by property insurance proceeds. The law would also set deadlines and other requirements for submitting claims.

“This bill addresses many of the problems that have caused significant amounts in litigation,” Lewis says. He welcomes any step that finds middle ground between a homeowner’s legitimate interests and exaggerated claims by lawyers and contractors.

“Hopefully, this will help all stakeholders,” Lewis says. “It won’t be a total fix, but it would curb some of the litigation. It’s worked in other states.”

But Lewis’ duties are not all about litigation. Universal is a publicly traded company that must comply with New York Stock Exchange regulations as well as the insurance rules and regulations of 19 states. He has also helped foster a culture of fairness and inclusion. 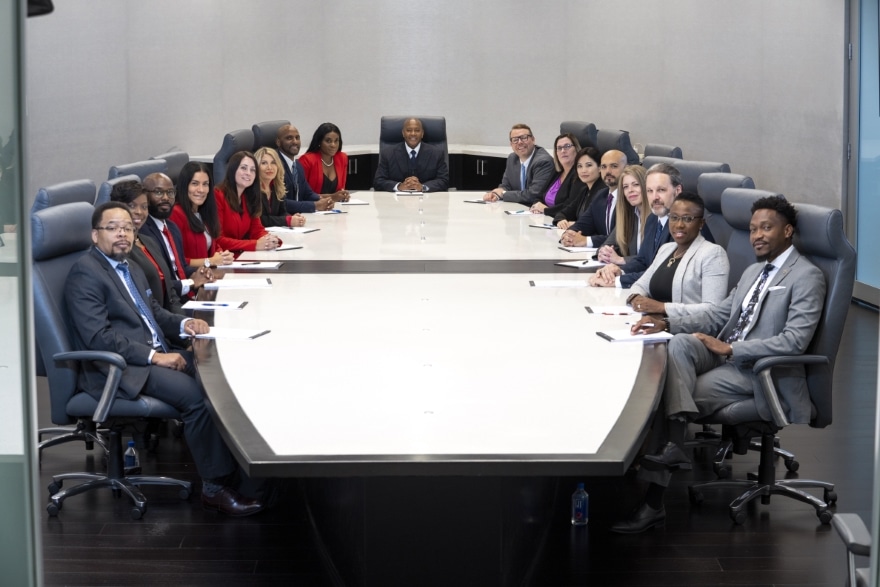 A 56-year-old Black man, he recalls how his grandfather, a Central State University graduate and U.S. Army officer, was passed over for a leadership role, likely because of race. “I didn’t think that was fair,” says Lewis, a fourth-grader at the time. “It made me want to be a lawyer and make sure everybody was treated fairly under the law.”

Education wouldn’t come easily, the young Lewis gaining an Army commission as a backup while on scholarship and majoring in political science at Kentucky State University. Superb grades got him a Presidential Scholarship from the University of Kentucky, enabling him to graduate from the University of Kentucky J. David Rosenberg College of Law in 1988. He then honed his legal skills for 16 years as a judge advocate general in the U.S. Army Reserves.

That JAG stretch coincided with Lewis going into private practice with a Fort Lauderdale firm for 10 years, followed by two decades at Searcy Denney Scarola Barnhart & Shipley in West Palm Beach where he ascended to shareholder. He also garnered mention in Best Lawyers in America and the South Florida Legal Guide as one of the Sunshine State’s preeminent trial lawyers.

Lewis hopes he’ll eventually be joined on that list by his daughter and son. 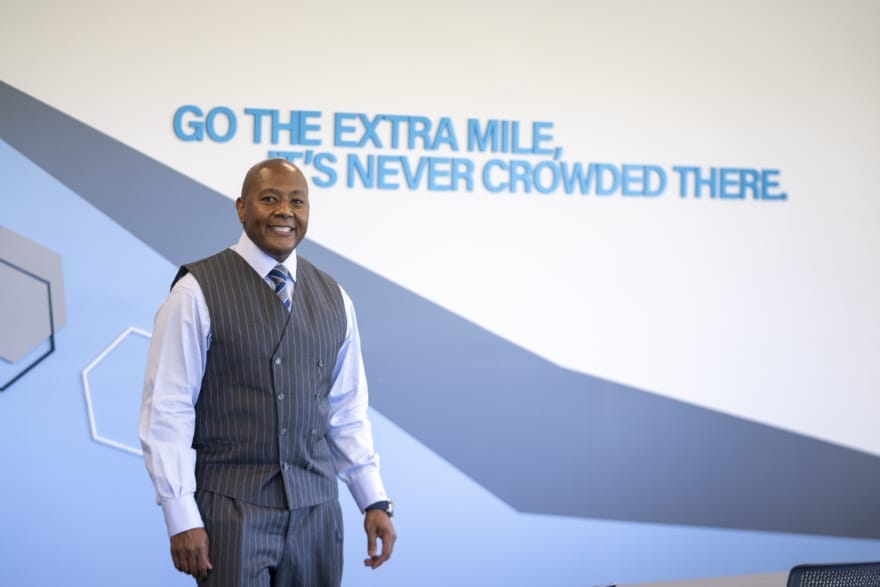 Then there’s Taariq Lewis, just graduated from the University of Florida Levin College of Law where he’s held leadership roles with the Law Review and Black Law Students Association W. George Allen Chapter. He’ll commence with his career as an associate at Holland and Knight in South Florida.

“They get their smarts from their mom,” the senior Lewis says with a chuckle. That mom, Salonia, has a degree in finance and taught before becoming a homemaker—“as important a job as jobs get.” 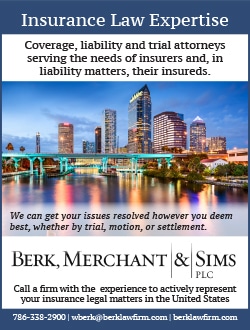 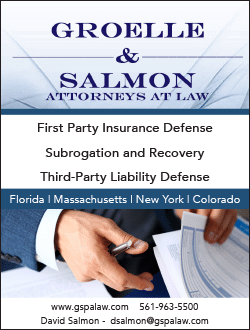 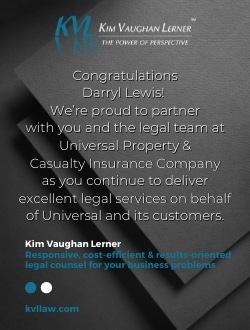 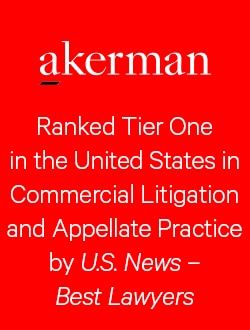 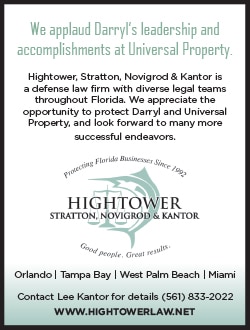 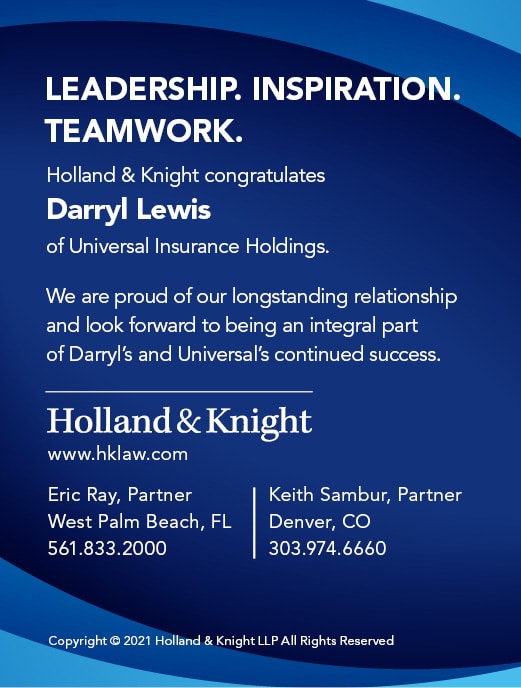 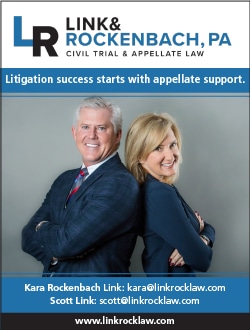 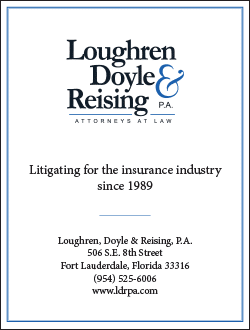 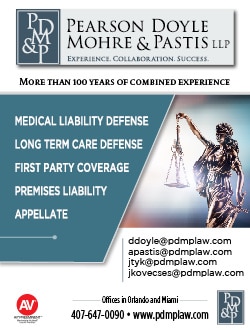 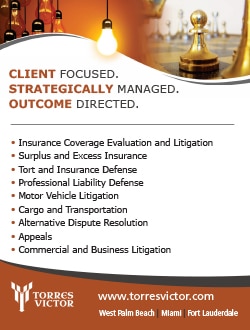