She’s the right fit to oversee legal and HR

It’s the most intangible and invaluable asset, corporate culture. Encompassing everything from corporate identity and community reputation to work environment and vendor relationships, company culture is as important as limiting liability, Maryfrances “Fran” Cooper emphasizes. As general counsel and vice president of human resources for Goodville Mutual Casualty Co., she’s responsible for both.

Goodville’s distinctive reputation in the insurance industry has made it one of Ward’s top 50 performing property and casualty insurers in the nation for the past 12 years. At the values-based organization, she says company culture extends beyond the workplace and into the community and the industry itself. 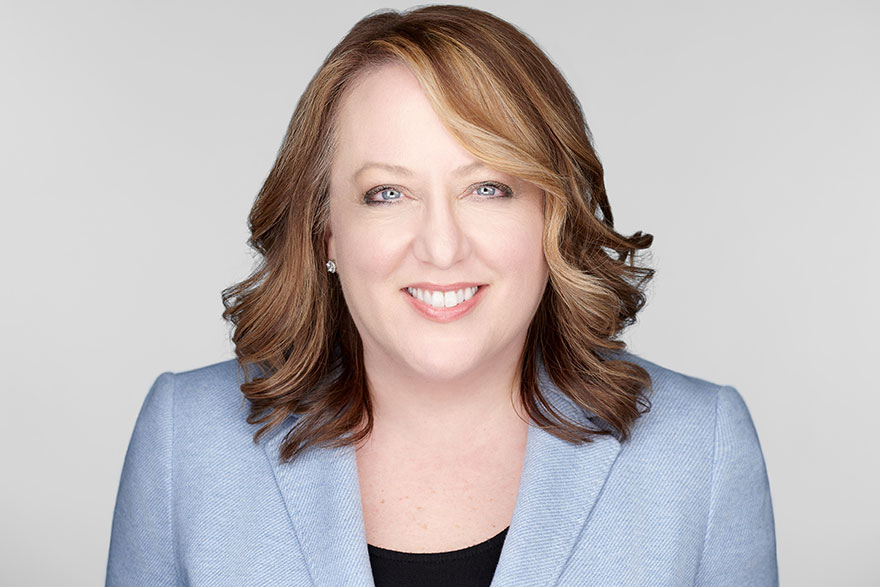 “As we continue to grow and expand our operations under the stewardship of our CEO, we are working hard to protect that,” she says.

As the company’s first-ever general counsel, Cooper’s responsibilities run the gamut from serving as corporate secretary to managing all corporate legal matters. As vice president of human resources, she leverages her background in employment law to lead the strategic HR component of this growing organization.

“We know that workplace culture can shift as a company grows and it should,” she tells Vanguard in February. “In aiming to protect what makes Goodville unique, we asked for honest input from our people. It’s our job on the executive team to listen to the feedback and figure out how to position the company for growth while honoring the history and values upon which our organization was built.”

Fortunately for Goodville, some help is readily available in-house. There’s Kevin D. Hofmann who, in addition to being a claims representative, also happens to be an authority on diversity and belonging. Author of “Growing Up Black in White,” he shares his inspiring life story and passion for inclusiveness, and Cooper says that makes him the right person to guide Goodville on this journey.

“When we discovered that Kevin had experience working with schools on this topic and had written a book on his life experiences, we knew immediately that he was the right person to lead an employee-led diversity and inclusion group,” she says. “Kevin isn’t afraid to ask tough questions or have difficult conversations, and he imparts wisdom in a caring and non-judgmental way, aligning with our values.”

Cooper shared that the company saw an impressive turnout of employees who volunteered to be involved in the group, and both leadership and the board of directors are eager to see the meaningful work they will accomplish, she says. 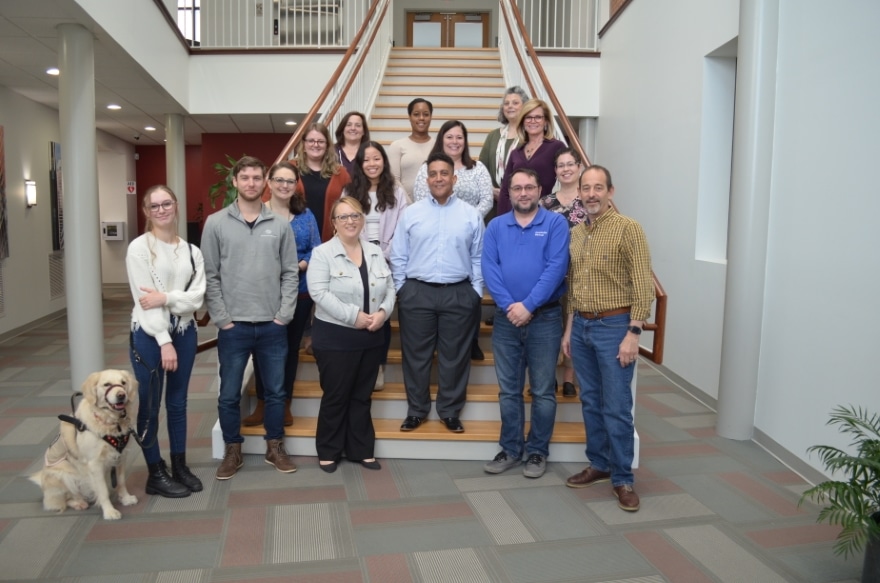 The work of the diversity team will also lead to involvement in another initiative that Cooper helped launch this year, a learning development program called “Goodville University” that nurtures leadership and employee development. Cooper speaks excitedly about how this in-house learning system will help employees grow individually and together as an organization. Partnering with Phil Bergey of Design Group International, a six-week leadership course was underway in March, with more to follow.

“One concept we are eager to develop through this platform is our ability to mine for conflict and seeks the diverse and contrary opinions around the table,” she says. “Our history of compassion has naturally led to a culture of conflict avoidance, and Phil is helping us walk through that in a positive way.”

Working to grow in this area will also align with future curriculum on implicit bias, which Cooper will look to the diversity group to help develop. Also on the agenda, a series on insurance operations to help employees understand how everything from claims adjusting to rate making is interconnected. The idea coming from a long-tenured employee who saw the need as the company grew, Cooper readily agreed and curriculum planning was underway.

The company’s growth also attributable to the need for in-house counsel, Cooper enlisted the help of Onspring Technologies, a software company, to develop the legal function of the organization.

“It’s been one of our biggest legal initiatives,” she says of Onspring’s software. “From a legal and compliance perspective, we are working toward having everything in one place so we can pull data at anytime from anywhere.”

The timing couldn’t be better too, as the company is undergoing a digital transformation and moving its insurance operations off legacy systems. Cooper had to get up to speed quickly on technology issues to support the digital transformation from a legal perspective. She immersed in the matter and benefited from the IT team’s eagerness to teach her the technical jargon in software licensing agreements. 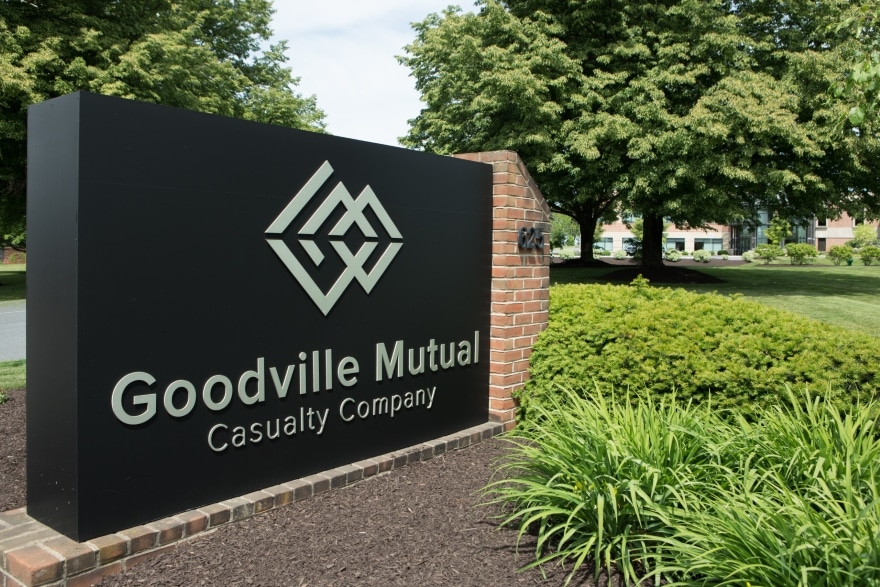 “When I first started at Goodville, I didn’t know the difference between object code and source code. Now I can add value in the digital transformation process without needing an interpreter,” she says.

It’s another sign of positive office culture, Cooper noting how IT’s commitment to teamwork is shared by other departments.

“It’s an intangible none of us can really explain,” says Cooper. “As our marketing department says, ‘there’s a lot of good in Goodville.’”

This is reflected in the company’s unique approach to industrywide premium credits during the pandemic. While other insurers issued premium refunds as policyholders were driving fewer miles, Cooper and the executive team envisioned a different strategy. Though it took more work, the company facilitated an approach where policyholders could donate their credit to one of several charities associated with pandemic relief. Goodville matching the donations dollar for dollar, over $200,000 was raised.

“It really shows the heart of Goodville,” says Cooper. “We didn’t just want to send refund checks, we wanted to give members the opportunity to contribute to the greater good. It’s so refreshing when so many members share our organization’s values.”

High among those values, she says, are compassion and integrity.

“We are a different kind of insurance company,” Cooper remarks. “Our values guide us in everything we do. People have a sense of purpose here. It’s more than a job for us.”

Indeed, the Goodville operation seems an industry rarity, the company having been founded in 1926 by a small group of Mennonites mindful of the growing need for auto insurance in Pennsylvania’s Lancaster County. But while adhering to the Anabaptist principle of sharing each other’s burdens, basic business sense has meant serving more than a faith-based community, and Goodville has long since expanded operations to seven other states while eyeing further growth. 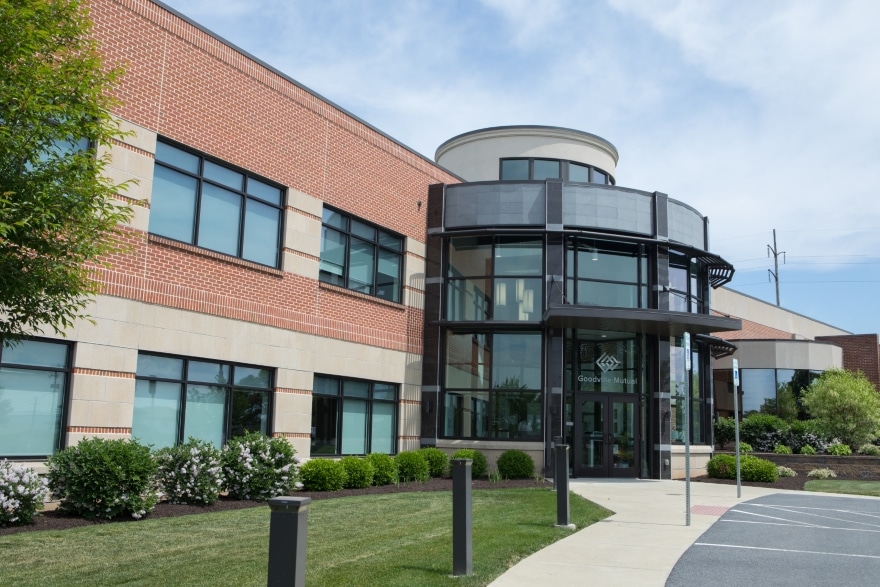 There’s quite the learning curve that comes with being the first general counsel, Cooper says. Still, she’s enjoying her first in-house role and remains thankful for the opportunity and for those who have mentored her throughout her career.

“I never would have known when I started in employment law just how much I’d learn about leadership, as well as business,” says the married mother of three school-aged children.

“When you value people, you increase their morale and bring meaning to their work. While this inevitably increases productivity, that shouldn’t be the focus. In order to grow an organization, you first have to grow your people. While it’s easier said than done, if you can accomplish that, you will protect and even improve the culture along the way.” 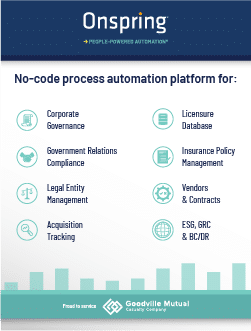 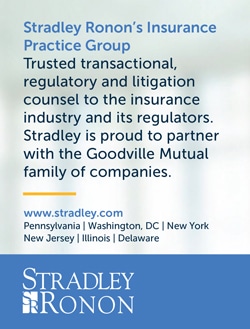