Welcoming franchises back to the fold

There’s been a change in the leadership at TGI Fridays, the casual dining chain transforming the brand and wanting its franchisees to share a common vision with headquarters. While most have been comfortable with the new approach, a few have opted to depart the chain and, at last count, the mothership has bought back five.

A mutually beneficial move, says Senior Vice President and General Counsel Jennifer Rote, who fine-tuned the sales after other executives handled the initial negotiations and business. The franchisees have been compensated; and while the initial cost was high, she says it’ll be more than vindicated long-term. 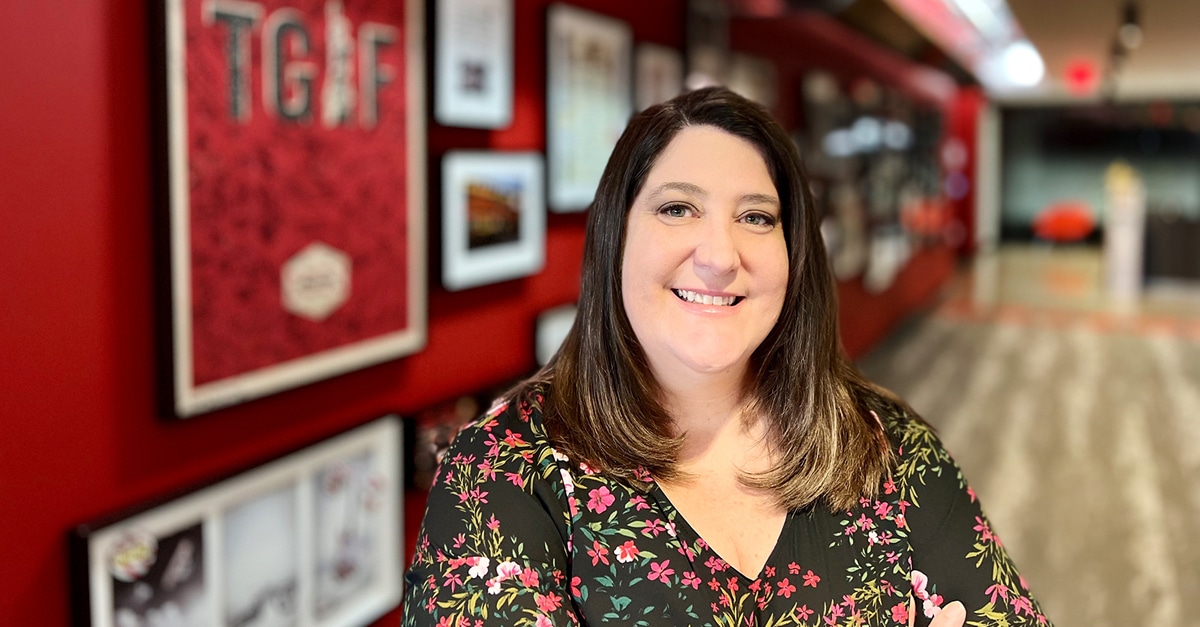 There’s more direct revenue and, just as important, the acquisitions better position TGI Fridays to test the contemporary dining market and share its findings with all 160 corporate-owned restaurants and the hundreds more in private hands in North America and overseas.

“This helps us understand what our third-party owners experience because we experience it along with them,” Rote tells Vanguard in March from company headquarters near Dallas. “It was a huge win for all during COVID. We weren’t just sitting there. We were able to say: ‘Here’s what works for us.’ We were hand in hand with all of them.”

As to “what works for us,” it includes a one-brand feeling and being able to respond more quickly to industry dynamics.

TGIF Fridays, like so many other restaurant chains, sustained itself during the pandemic through carry-out and online delivery service. This past Feb. 10, the chain showed its appreciation to all delivery drivers by extending them a free appetizer. A couple weeks later, TGI Fridays could allow itself a little celebration, the Apps All Around trademark that Rote’s team had filed in early 2021 having garnered federal approval.

A most innovative move, Rote says of how the company ensures prompt delivery by stripping its appetizer menu to traditional or boneless chicken wings and loaded potato skins, pot stickers, sliders, dips and sinfully packed fudge—all of which went over big on Super Bowl Sunday and the NFL playoff games that preceded it. The new Fridays App also allows customers to order ahead and save while selecting their method of pickup and scoring points for referrals. Free chips and salsa accompany each order for Fridays Rewards members. 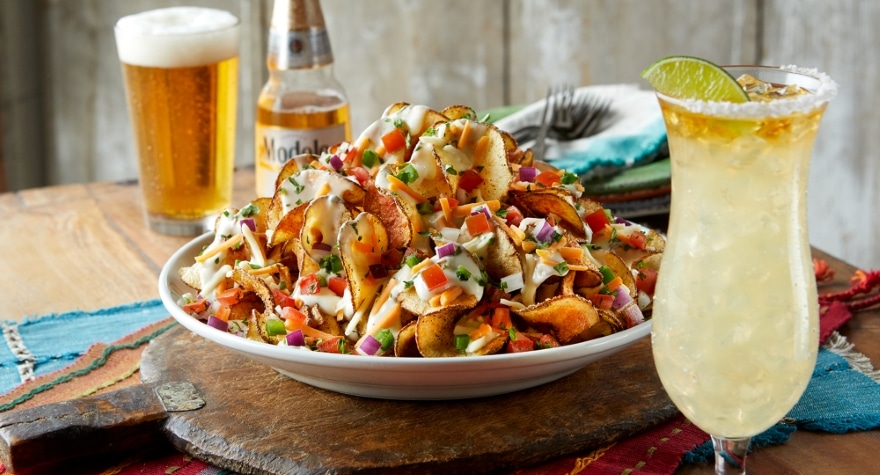 For Rote, it’s all part of the fun of overseeing legal at the company that she’s been part of since being hired as a real estate specialist in 2004, ascending to chief counsel in 2017 and having her letterhead changed to general counsel two years later. The idea of staying 18 years never occurred to her, but she says it’s been such an ideal fit that she’s never seriously considered leaving.

“Companies that pigeon-hole you are those that have their people looking for new opportunities,” she says. “Fridays always gives me a new challenge that helps me grow as a corporate lawyer.”

In doing so, she’s found a happy medium between being agreeable to most company initiatives while stopping short of being a yes-woman. While comfortable with the buy-back initiative of four years ago, she still advised it would mean more responsibilities at the corporate level but how the company could still come out ahead.

She’s weighed in on other possibilities, including ghost or delivery-only kitchens that, upon much review, don’t fit into the company’s model of on-site experience. Satellite kitchens, a smaller footprint in which food is primarily prepared and packaged for service elsewhere, while also offering that fun Fridays dine-in experience, could be an option, though Rote notes that TGI Fridays isn’t under any real pressure to do something.

“It’s about how do we revitalize ourselves and grow,” she says. “We’re reinventing the brand while remembering our past.”

A self-described business partner, Rote credits her lean legal department helping TGI Fridays be scrappy. There’s Chip Bundick, another legal long-timer who in 2019 was promoted to chief counsel for the company’s international franchise business, which includes 450 restaurants in 60 countries. 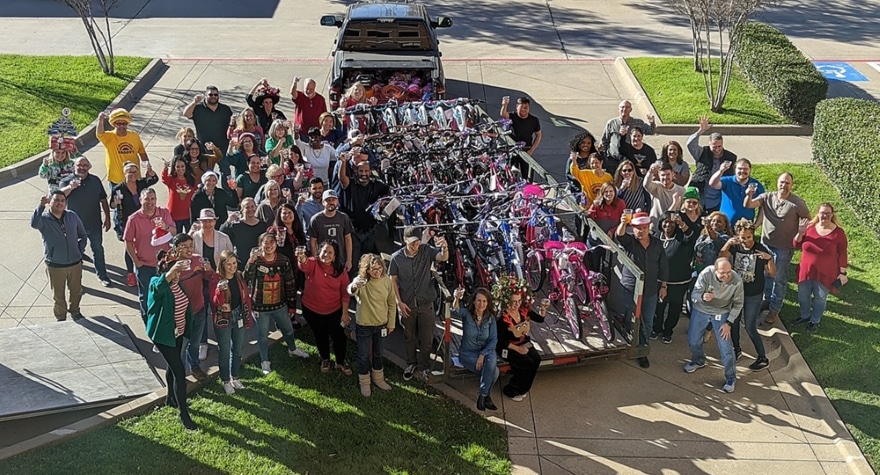 When litigation arises, Rote says her preference is finding a solution rather than being an adversary. Through coaching, training and documentation, she’s found ways to minimize the company’s chances of being a defendant.

Rote’s quick to say how she benefited early from the mentorship of the previous general counsels, Leslie Sharman and Kathy Kotel. The former emphasized the importance for Rote to embrace a company objective and find the means to make it possible. Kotel encouraged Rote to aspire to do more than real estate and had her back as she undertook new responsibilities.

Both approaches factor in Rote’s modus operandi. Should a paralegal pose a question, Rote will answer with a question: What do you think we should do? Often-times, Rote says, that paralegal has the right idea but just needs to know there’s someone supportive higher up.

It’s a mindset that seems in keeping with Rote’s former interest in social work, of which psychology is such part. She was prepping for a career in helping others at the University of North Texas during the early and mid-1990s before her attention turned to criminal justice. While neither prosecuting nor defending criminals appealed to Rote, she was fascinated with legal work and went on to Texas Tech University School of Law in 1996, graduating in 1999.

If she had an advantage as a law student, it came from working at her uncle’s insurance defense law firm, sometimes being an all-in-one receptionist, office manager, paralegal and, for all practical purposes, a lawyer even before passing the bar. And that was the last job she’d do at a firm, Rote scoring an in-house role as a real estate lawyer with RadioShack Corp. in 2000. 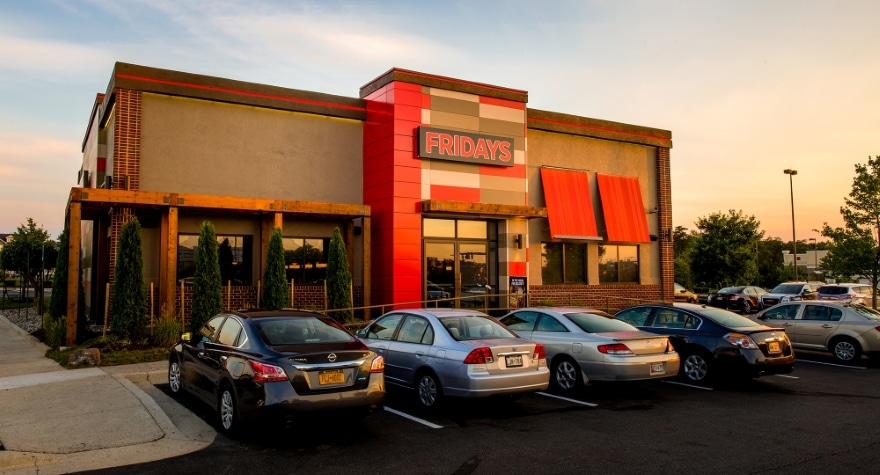 “At the time RadioShack had a lot of locations and a full department just to negotiate and renew leases,” she says. “It prepared me well for TGIF where we had fewer leases but more in-depth negotiation.”

Eighteen years later, she’s overseeing leases and so much more while maintaining a work-life balance that allows for much personal time with her husband and their four children. Work-life balance, after all, is essential.

“We talk a lot on our team about everyone’s mental and physical health,” Rote says. “It’s all about checking in and asking people how they’re doing. ‘How’s your workload? Can we take anything off your plate?’” 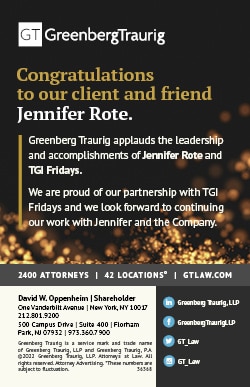 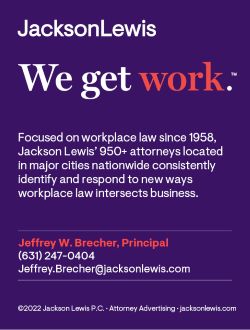 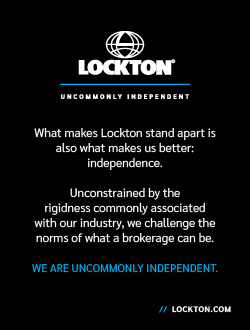 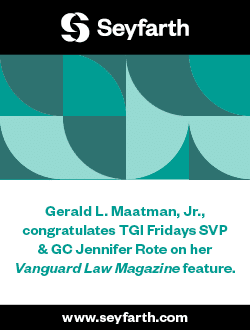