Woman of steel and worldliness

A worldly background can be indispensable when it comes to international commerce and law, and Masha Trainor got her start early.

General counsel and vice president of Ampco-Pittsburgh since June 2015, the Russian-born daughter and sister of doctors came to the United States as a high school student on foreign exchange and never left for long.

Settled with a host family in Joplin, Missouri, she went on to graduate from Southern Missouri State College before earning both an MBA and a law degree from the University of Tulsa. She then spent 14 years with the Pittsburgh office of the international law firm of K&L Gates. As a partner in the corporate and transactional group, her specialties included cross-border and domestic mergers and acquisitions, commercial matters and corporate governance matters both in the U.S. and abroad. 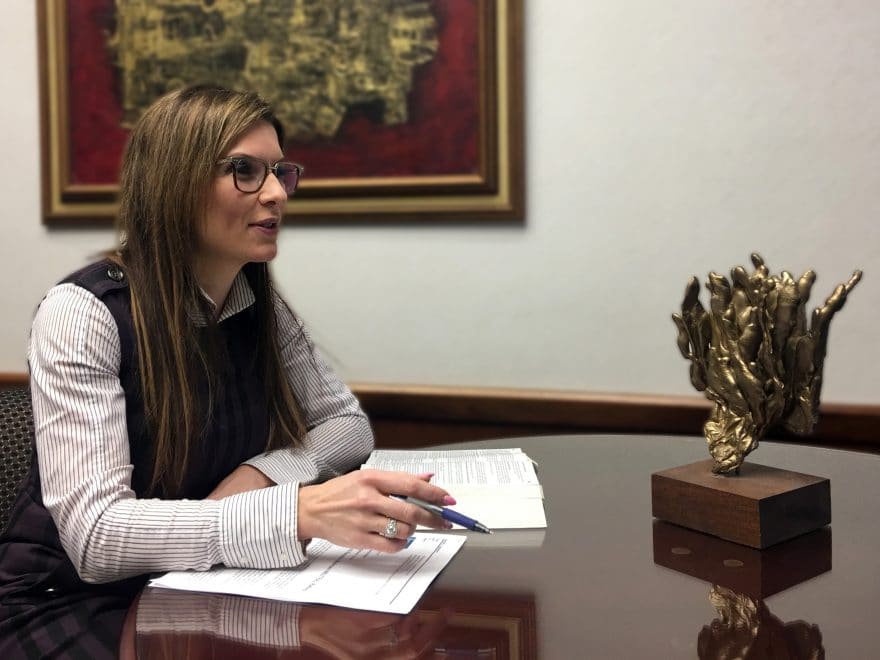 Masha’s background drew attention from Ampco-Pittsburgh, a Carnegie, Pennsylvania, industrial manufacturing company focused on diversification and in need of someone to, among other tasks, iron out the devil-ridden details of the international acquisition strategy it had committed to pursue.

The past couple of years have kept Trainor more than busy, and she’s not counting on any immediate respite. While she won’t say if there are any more acquisitions pending, those from last year have to be further integrated.

“Law school does not prepare students for corporate law practice as well as for litigation, and most young business lawyers can’t interpret an income statement,” says Trainor. “At Ampco, I’m part of the senior management team and have to focus on the big picture. Here, a good lawyer must understand how business works. An MBA isn’t a must, but it’s a great help.”

Advanced degree in commerce or not, Ampco’s top lawyer wouldn’t get far without insight into business on a global scale. In recent years, Ampco, which classifies its business operations into two areas—forged and cast engineered products, and air and liquid processing equipment —committed to global expansion, believing the company could best thrive on multiple fronts, but not without a lot of legal work for Trainor, who handles much of her duties without outside counsel.

“We essentially doubled in size,” she says. “A lot of my work is international; day to day I deal with foreign issues, whether it’s employment or compliance or commercial contracts.”

A rather eventful 2016 was capped by Ampco’s acquisition of ASW Steel Inc., a specialty steel producer in Welland, Ontario, Canada.

An upbeat Ampco CEO, John Stanik, deemed the deal critical to a strategic diversification plan that would enable the manufacturing of chemistries needed to reach further into the open-die forging market while opening up other possibilities in fossil fuels, power generation, aerospace, transportation and construction. ASW, whose annual revenues are about $65 million in Canadian currency, is now an indirect subsidiary of Union Electric Steel Corporation, Ampco’s wholly owned operating subsidiary.

Bent but not broken

“It’s not the easiest time for the steel industry,” Trainor says. “I don’t think hope is lost, but it’s been a rough go.”

Vagaries, of course, may cloud the economic outlook of virtually any industry, and American steel is a prime example.

While the Financial Times anticipates increased U.S. output in 2017 due to lower imports and a revival of manufacturing and construction, American steelmakers—like so many of their foreign counterparts—were hurt by low prices last year due to global oversupply and cheap imports from China.

The election of President Donald Trump and his stated commitment to modernize infrastructure did send stocks rallying among major U.S. steelmakers in late 2016 and early 2017. Still, the projects have to get underway, mills remain idle and American steel makers continue to press U.S. regulators to stop what they see as unfair trade practices and enforce new laws to protect the industry.

“It’s been challenging for us, trying to balance the pressure from the customers to keep prices low but still increase profit margins,” Trainor says. “Hopefully there will be regulatory changes so the U.S. can compete better and China won’t have as much access to U.S. markets. Some tariffs were passed in the U.S. last year, and that was positive for the steel industry. We need Europe to do the same. We’re just hoping the market will level out and everyone will have the same competitive advantage.”

Equal to any challenge

Challenges have never seemed to faze Trainor. A native of Arkhangelsk, a city approximately 800 miles north of Moscow and near the White Sea, Trainor describes herself as a Gen-Xer who benefited from the Perestroika movement that opened up what had been a closed Soviet political and economic system.

“America was always the unattainable land, but the wall came down when I was in middle school, and the U.S. became a place where I could visit,” she remembers. “I was around 12 or 13 when I decided that I would study in the United States. English was my favorite subject.”

“People ask how at 17 I could leave my family. It wasn’t easy, I often was homesick, but it was my goal to make my future better.”

She also excelled in other subjects; however flawed the Soviet system might have been, it did emphasize the teachings of advanced math and science—subjects that did much to build her analytical way of thinking. With the support of her family, she thrived in her new country.

“People ask how at 17 I could leave my family,” she says. “It wasn’t easy, I often was homesick, but it was my goal to make my future better. I thought it would be better in the U.S. than in Russia, and I’ve never regretted my decision.”

“It’s my mission to show her as much diversity as possible,” says Trainor. “I want her to see how privileged kids are in the U.S., regardless of parents and social status. I want her to appreciate how lucky she is living here.”

Some of the child’s Russian heritage seems to be surfacing. She wants to be a ballerina. If she thinks as big as her mother, might she someday be in the Bolshoi Ballet?

“I’ve yet to take her there, but the ‘Nutcracker’ and ‘Swan Lake’ are among her favorites” Trainor says.