Out of the box thinking under blue skies

College football fans know the blue field at Albertsons Stadium when they see it, blue and beckoning as the home of the Boise State University Broncos. For more than a decade, the team has routinely been nationally ranked, taking on all comers on the blue turf and beyond, including the 2007 upset of the Oklahoma Sooners in the Fiesta Bowl. 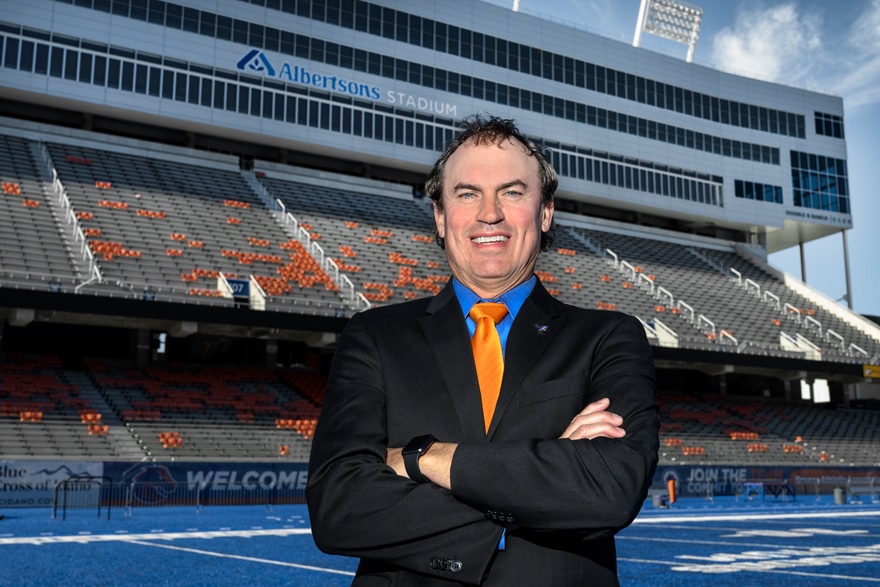 The win was a crowning moment for the university and its athletics, but “the Blue,” as the field is called in Idaho, symbolizes more than gridiron glory for a school that delivers high quality education and programming putting a premium on innovation while operating in a fiscally conservative state.

“We call it Blue Turf Thinking, no fear of what others might think,” explains Boise State General Counsel Matt Wilde. “Turf is turf, but that iconic and bright blue color has come to symbolize the way we think, to challenge traditional conventions and consider new, out of the box solutions.”

The way the state-funded school and state itself think about financing higher education has led Wilde to work on public/private partnerships known as P3s as cornerstones in the building boom Boise State is enjoying.

“We are very young; our campus was a nontraditional student campus until it started transitioning about 10 or 11 years ago,” Wilde says.

With student enrollment soaring past 26,000 and 6,600 employees, P3s are innovative funding models to keep up with the need to build.

The most recent campus addition is the $48 million, 98,000-square-foot, five-story Center for the Visual Arts. Visually striking in its angles, using stainless steel tiles and limestone surfaces, the Center features a soon-to-be-completed World Museum with interactive exhibits created by Downstream and Mechdyne. Wilde and his team drafted, negotiated and approved the agreements that bring those exhibits to life.

Wilde and his attorneys are far from done stewarding expansion; they also worked with Micron Technology, the Boise-based makers of data storage devices, as its foundation funded $25 million of the $70 million Micron Center for Materials Research set to open in 2020.

Prior to the opening of the Center for the Visual Arts, Wilde also navigated a P3 with Greystar, adding 600 student housing beds and an Honors College to campus. 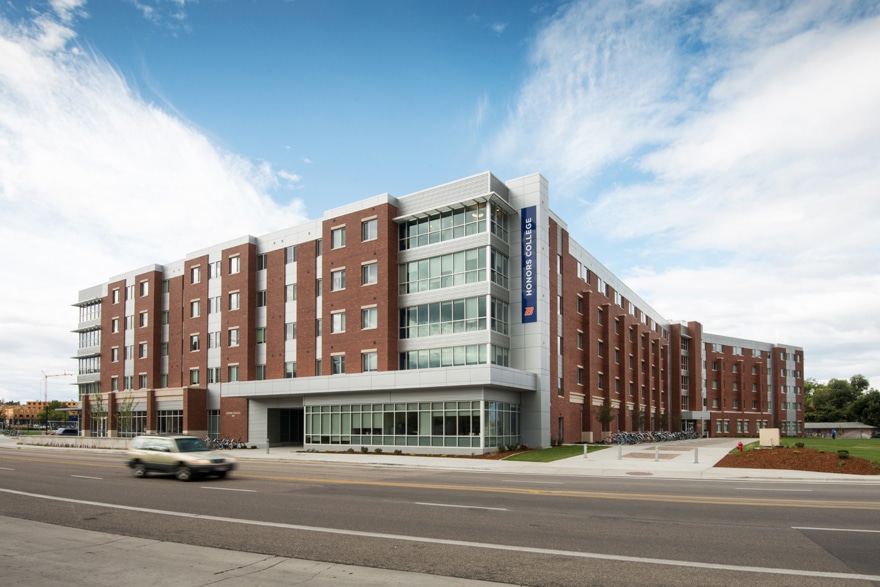 “This is our first public-private partnership on this scale, and we are proving that a shared risk model keeps both parties on the same page, and on our toes. Greystar has been a fantastic housing partner,” Wilde says.

Wilde’s team must survey the University’s debt capacity with its Finance Department, and that has proven instrumental in developing the P3 agreements that are a staple of Boise State’s development. In a long tradition of fiscally conservative leadership, debt and increases to student fees are not popular with state legislators and the State Board of Education.

Yet the P3 agreements are not always carried off flawlessly, he adds, noting a failed 2009 negotiation to build student housing that led to the University buying the blueprints and building and operating the housing.

“That was where university leaders learned what terms to request or require, and where to stand down,” Wilde says, though he was not at Boise State during the P3 dry run.

Not all the public-private partnership agreements involve campus expansion. Naming rights for the stadium, home to the ubiquitous blue field, were acquired by Albertsons, a national grocery chain based in Boise. Wilde worked with ExtraMile convenience stores’ in-house counsel to secure naming rights for the University’s basketball and event arena.

“Blue Turf Thinking,” that is; innovating in all that they do, with limited resources, also means Wilde is expected to get things done with a small legal staff with a broad range of practice experience and skills. 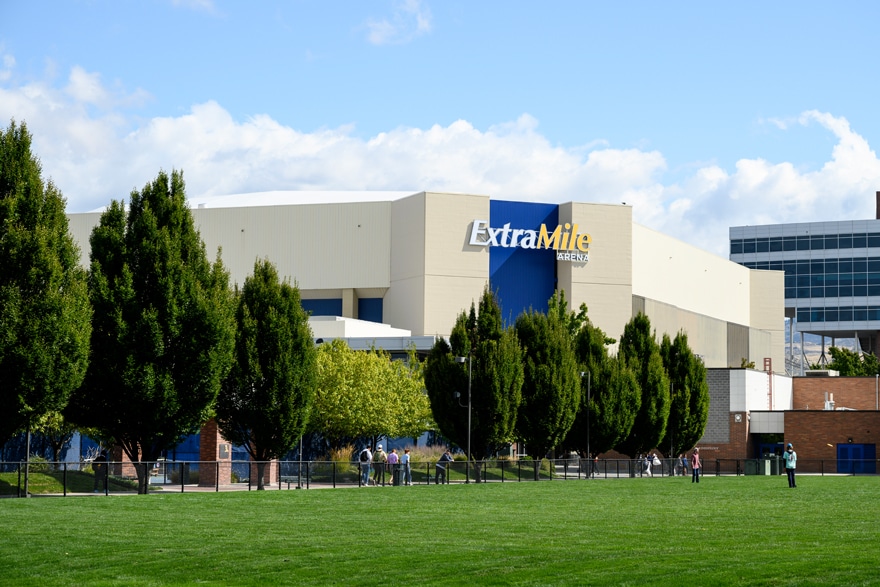 Of the 10 people on Wilde’s staff, half are attorneys, and one–an intellectual property specialist–primarily works with the University’s Research and Economic Development team, focusing on raising the research profile. At least two attorneys negotiate and review the commercial transactions and contracts which can be submitted and executed by more than 100 university staffers.

Wilde’s adept approach has impressed Christina Jepson, an attorney with Boise’s Parsons Behle & Latimer, a firm that has provided outside counsel for Boise State.

“It has been a pleasure to work with Matt in his role as general counsel,” she says. ”His job is very complex and he is required to take care of a number of constituencies and clients. Luckily, Matt brings a keen intellect to this job, and his passion for the University is evident in everything he does.”

Idaho’s conservatism is not just apparent in how it funds higher education; it’s also evident in the laws surrounding transparency in public record laws.

“We review and respond to frequent public record requests made by local and national sports writers, journalists, companies and, of course, the general public. Building up the knowledge base around campus so that employees are aware of the law’s requirements and foundation in government transparency has been richly rewarding,” Wilde said.

Though a prosecuting attorney for Idaho’s Canyon County at the outset of his career, Wilde soon shifted lanes and spent more than 16 years as a city attorney for Boise. His broad and diverse work there was quite similar to his Boise State work, he says, although there are many federal regulations such as Title IX—governing equity, discrimination and sexual misconduct—he did not have to work with in city government.

Wilde is not the only attorney in his household. His wife is an appellate judge for the state of Idaho. They have three children, and time outside their offices is often spent poolside, as each is a competitive swimmer. 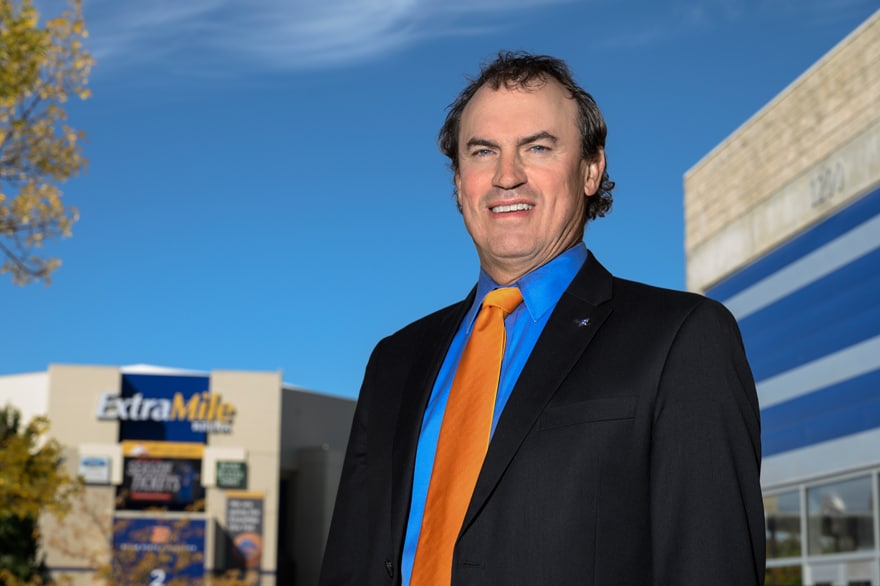 “We are the classic swim mom and swim dad,” Wilde says.

Yet the smell of chlorine and sitting on bleachers is not the only way the family bonds. Wilde says he loves playing golf on the course next door to his home with their son, or hitting the trails or local ski hill, Bogus Basin, on his mountain bike.

Raised in the Black Hills of South Dakota, Wilde went to high school in Billings, Montana, and attended Pacific Lutheran University in Tacoma, Washington. He earned his degree in business administration and ran the 400-meter hurdles for the track team. He remains a track fan; it’s a passion shared with his 80-year-old father and with the friends he joins to watch the Olympic trials held in Eugene, Oregon.

Wilde came to Idaho to attend the University of Idaho College of Law, earning his J.D. in 1994. Through the years of experience that led him to Boise State, he has come to value the Boise State way of innovation and thrift, and says it shows in the way his staff operates.

“We are pretty small and nimble and always looking for ways to be more efficient,” he says. 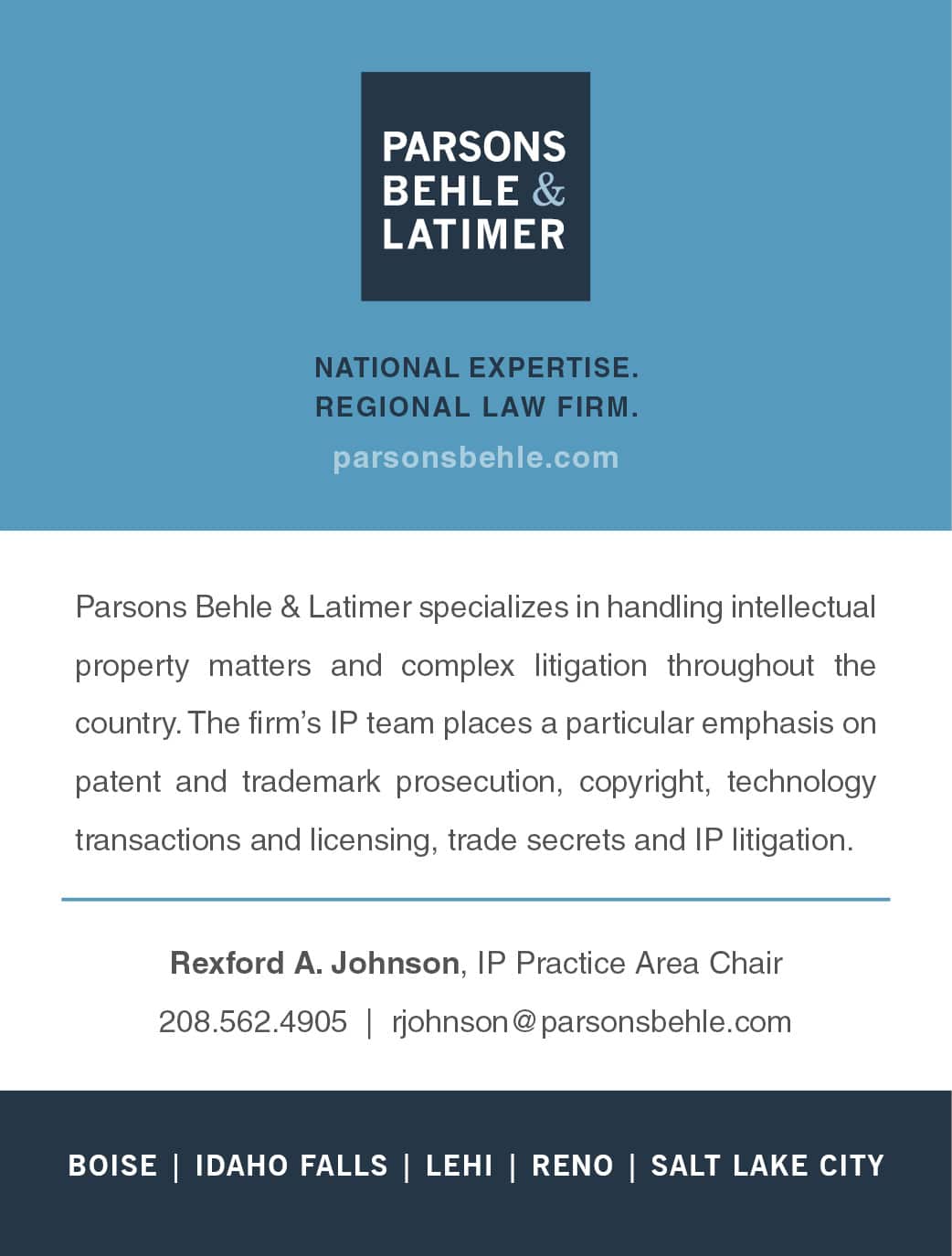