Advising any financial institution from a legal perspective calls for in-depth knowledge and a cool head, which is why Paul Saltzman got a call from EagleBank in January 2020.

An attorney noted for straightening out some of the most sensitive banking issues, he could help his new employer stay on its productive path. And as someone who relishes a challenge, it didn’t take much to lure him from his new partnership at White & Case in New York City to be EagleBank’s new executive vice president and chief legal officer.

“It’s in my DNA,” he tells Vanguard in June from parent company Bancorp headquarters in Bethesda, Maryland. “I really like helping people and organizations when they face challenges. They typically respond well to the value I add.” Some challenges couldn’t have been anticipated, such as the pandemic that ensued just a couple months after Saltzman joined the team.

While the bank was an approved Small Business Administration lender, it initially wasn’t set up for the federal Paycheck Protection Program that so much of its commercial clientele needed to stay viable. Team effort positioned EagleBank to be a PPP partner, though Saltzman says personnel needed to adjust to working remotely.

“For me the challenge was getting to know the senior team despite the lack of personal interaction,” he says. “COVID was the challenge, but we seem to be coming out on the right side of it.”

Not that he’ll take all the credit.

The COVID-19 challenge and others wouldn’t have been resolved so efficiently, he says, without the full support of such C-suiters as President and CEO Susan Riel, an EagleBank veteran of 23 years whose promotion preceded his arrival by a few months.

“It’s my favorite phase: You can’t make an omelet without cracking a few eggs,” Saltzman says. “When we had to, we did.”

Perhaps the most challenging task—governance transformation—was consummated with four new board members and the hiring of Jeff Curry as chief risk officer in June 2020. Formerly the managing director for the risk and finance advisory practice at Deloitte’s Banking and Capital Markets Group, Curry now aids Saltzman by overseeing risk identification, mitigation and compliance, and keeps the brass up to date on his assessments. 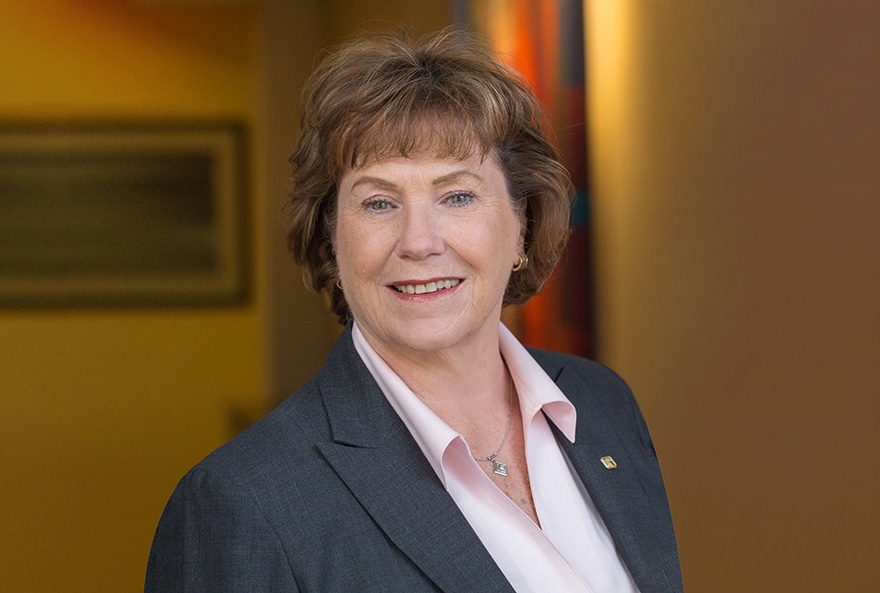 The corporate mindset was ascertained with the message that as a community bank, EagleBank must emphasize the informality of processes and need for personal relations with those seeking credit. Many of D.C.’s hotels and restaurants are clients, and they were struggling to stay afloat with the entire hospitality industry on the rocks. Up until recently a legal team of one, Saltzman now has another lawyer under his wing who’s immersed in EagleBank culture.

“Governance isn’t just one thing,” Saltzman reminds. “It’s people and processes. A cultural transformation was necessary for those aspects to be implemented and to complement each other.”

It seems to be working, for EagleBank announced record net income of $48 million for the second quarter of this year, earnings that included $4.7 million of accelerated interest from the sale of PPP loans. That healthy second quarter came on the heels of $43.5 million garnered January through March. The bank also has crossed the $10 billion threshold, which means it’ll be subject to enhanced regulation.

Saltzman takes it all in stride, saying “this hasn’t been my first rodeo.”

A Clark University undergrad who earned his law degree at Boston University in 1985, Saltzman initially was drawn to the financial world through his interest in politics. He cut his teeth in municipal finance and evolved into multifamily housing bonds and then to collateralized mortgages and securities. He became general counsel of the Bond Market Association from 1995 to 2004, and his leadership helped get the entity running just two days after the Sept. 11 terrorist attacks.

In 2015, Saltzman took his skills to Deutsche Bank where he created its first Comprehensive Capital Analysis and Review, an annual exercise by the Federal Reserve Board to assess whether a financial institution has sufficient capital to endure economic distress.

While post-9/11 was his most emotional role, Deutsche Bank was his most challenging, Saltzman employed by a German entity and having to navigate the regulations of trans-Atlantic transactions. He still acquitted himself over the next three years to move onto to White & Case where he partnered in its banking and financial institutions advisory practice.

A prestigious and rewarding role, to be sure, but Saltzman still craved an in-house return. Being so well-versed in the financial world and relishing the role of problem-solver, the EagleBank opportunity was too much to pass up. He’d also advise any young lawyer to be a businessperson as well.

“Most non-attorneys think of the law as black and white, but it’s very grey,” he says. “It’s not always a matter of what’s legal or illegal. It’s a function of risk. The board and management know I’ve experience in managing difficult situations, and they can be confident that I’ll steer them in the right direction.” 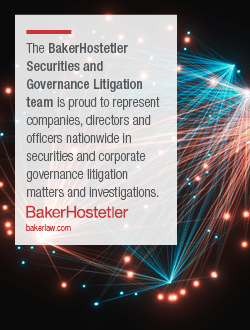 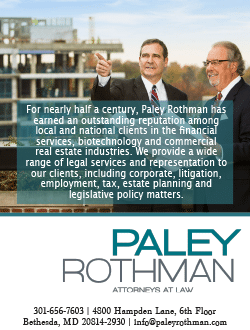