Opal’s innovative digital marketing platform being its stock in trade, it’s essential to safeguard its intellectual properties, Robert Scott makes clear from his Portland, Oregon, office in a lively interview with Vanguard.

For it wasn’t that long ago when Scott felt compelled to file a $50 million lawsuit alleging trade secret violations, the details of which he politely declines to discuss with Vanguard. But he will remind that his IP defense doesn’t rest and the same seems to hold true for his knack for sniffing out opportunity. 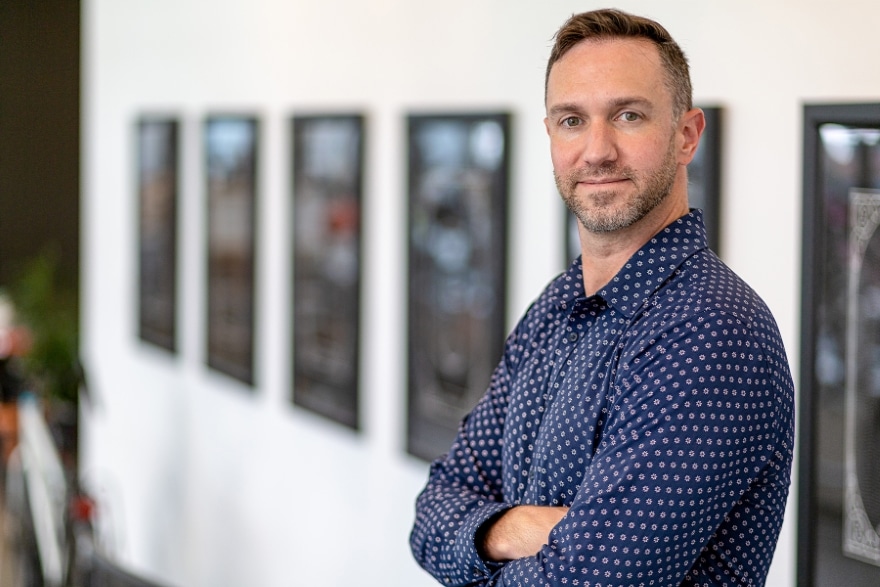 General counsel and vice president of operations at Opal since 2014, Scott had worked with tech startups and growth-stage companies as a young lawyer with a local firm, Immix Law Group, with a former client now being his employer.

He correctly assessed the Opal executives as kindred souls, often meeting them casually and sharing his insight on such areas as entity formation, data privacy, securities compliance and the IP challenges that early stage companies can face.

“Like me, they think outside the box and act decisively,” Scott recalls of those early get-togethers in Portland’s coffee bars. “I just randomly told their CEO [Steve Giannini], ‘If you ever need in-house counsel, I’d love to be considered’ and he said, ‘How about now?’ Well I couldn’t take back what I had just told him. Steve knew I had a background in startup operations and had done other things than legal work that showed initiative.”

Those things including glass-blowing, wine-making and off-the-beaten-path travels into the domain of predatory arachnids that last year left Scott with a temporary limp.

Not by web alone

At Opal, the marketing business was evolving fast, Giannini and his colleagues recognized, with social media the most acute need. To be sure, big companies were updating their web pages daily, but the volume of content in social media and email, along with the evolution of audience segmentation, mandated a new way of working. Opal’s strength would be supporting the people behind the brands with its so-called StoryFirst Framework.

That allowed Opal’s energetic, creative and tech-savvy team to organize a customer’s marketing initiatives into stories, moments and content. Those customers would run the alphabetical gamut from Activision to Wendy’s, with in-betweens including Disney, Microsoft, NASA and Target. 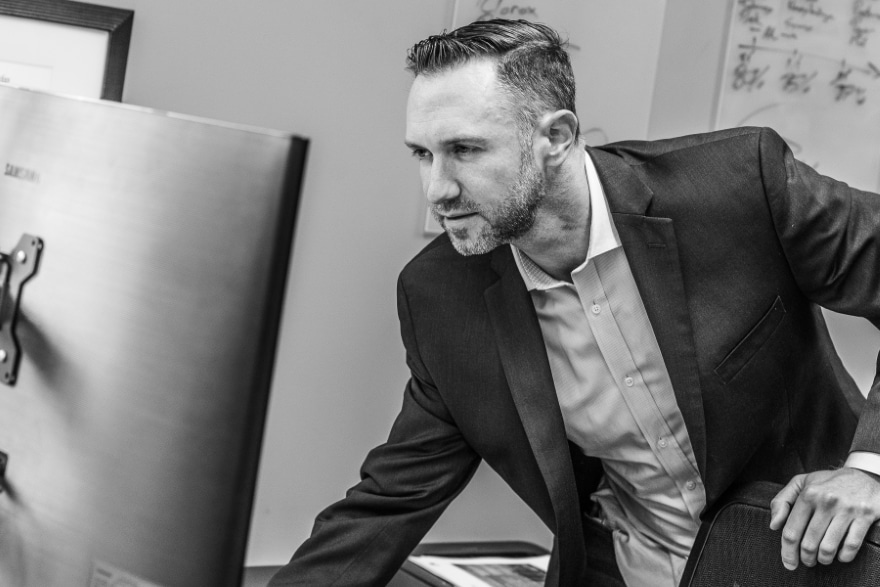 Hence, Scott was willing to take up the fight for the enabling software. But that’s not his only responsibility.

Well-versed in all aspects of launching a startup from his years at Immix, Scott has been instrumental in raising the capital necessary to sustain Opal’s growth. Two years ago the company’s potential was enough to warrant a $15.5 million influx from Silicon Valley venture firm Accel, and Giannini envisions the workforce reaching around 130 and boasting even more technological acumen.

But as so often is the case in this wired world, technology evolves faster than the rules and regulations—Scott noting with amusement the blank looks on the faces of so many U.S. senators when Mark Zuckerberg testified last year on the Facebook-Cambridge Analytica data breach. Opal becoming ever more of an overseas presence—its Portland, San Francisco and New York offices augmented by a London satellite—Scott remains vigilant in regulatory compliance and regional matters. The General Data Privacy Regulation has necessitated extra precaution, the penalty for non-compliance being so high.

With respect to the associated costs of growth and expansion, “There will always be some risk in innovation,” Scott reminds. “You can’t really innovate unless you risk something. You just have to understand and manage it. If you don’t really understand the business, and if you’re not agile enough to think six or 12 months ahead, you’ll navigate the company into a big legal minefield.”

All the more reason, he advises, for any startup to do as Opal did and bring aboard a lawyer as an early hire. The 19th employee to come aboard, he credits Giannini for his farsighted approach, and strives to justify it.

“I can’t imagine going back to firm work,” Scott says. “What I loved best there was working with clients, even spending a lot of time off the clock understanding their business. But that never satisfied me as much as being inside where the sausage is made.”

No heart of glass

From a literal perspective, Scott just might be able to help in that area, being a man of many interests and diverse experience, of which law was not the predominant one as a University of Colorado at Boulder undergrad. He’d drop out for a spell, work as a cook and upon befriending a talented glassblower, take that up as a hobby and then an occupation.

He’d return to college and in 2004 earn degrees in philosophy and conflict resolution, which would inspire an interest in law, though it would be a couple of years before the interest would materialize. Prior to being admitted to Portland’s Lewis & Clark Law School in 2008, he’d work in one of the Pacific Northwest’s wineries, all the while picking up skills that would round out his skills for the eventual role at Opal. 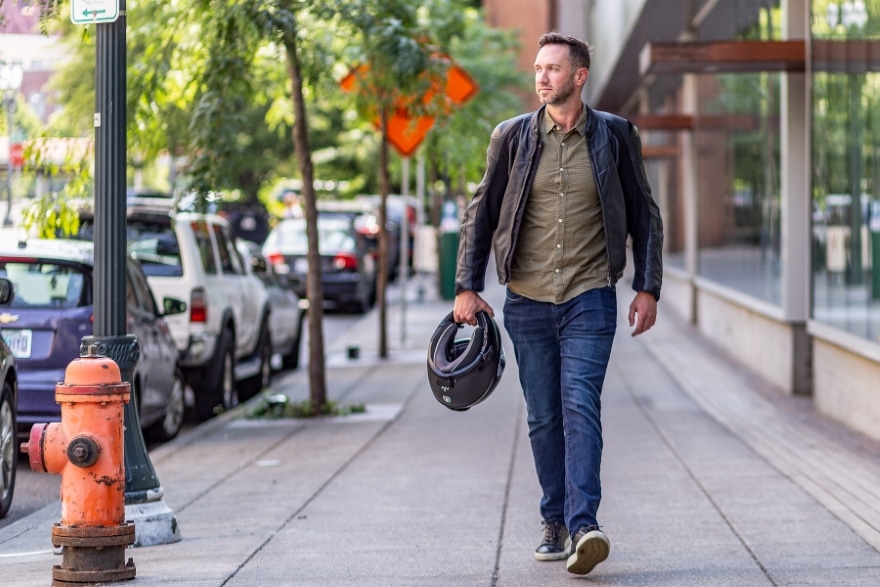 It’s an enthusiastic and inclusive company, he says, where diversity of all kinds is cultivated and encouraged. At 39 he comfortably straddles Gen X and Millennial demographics, even setting an example for the younger folks with his quest for adventure that sometimes takes a painful twist.

Such was the case last October when Scott, accompanied by his partner and her family, was “glamping” in Tanzania and Kenya. Only glamping in Africa might not pack the comfort and safety of doing so on this side of the Atlantic. While walking barefoot on a thin rug, Scott thought he stepped on broken glass. He should have been so lucky.

“Out scurried a scorpion and for the next 30 minutes I was Googling ‘lethal scorpions of Tanzania,’” he can now say with a laugh. “There’s one called a death stalker. My partner catches it and we’re comparing photos of it with scorpions online.”

The offender being a scorpion with a less perilous sting, Scott would merely endure six hours of excruciating pain while a nurse checked his vitals. Essentially by process of elimination, he could be reasonably certain the sting wasn’t lethal.

Some months later, he’s made up for any lost steps. And that torch for blowing glass, it’s still in his office should he need a low-tech diversion. 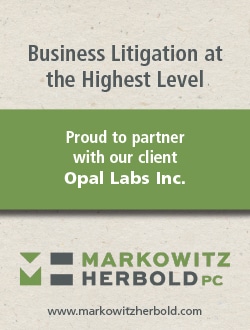 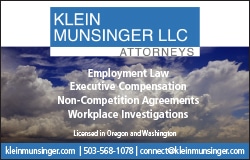