There are times when his employer gets swept into local controversies over short-term rentals—the kind that have embroiled online lodging giant Airbnb and led to a broader discussion about the current U.S. housing crisis. 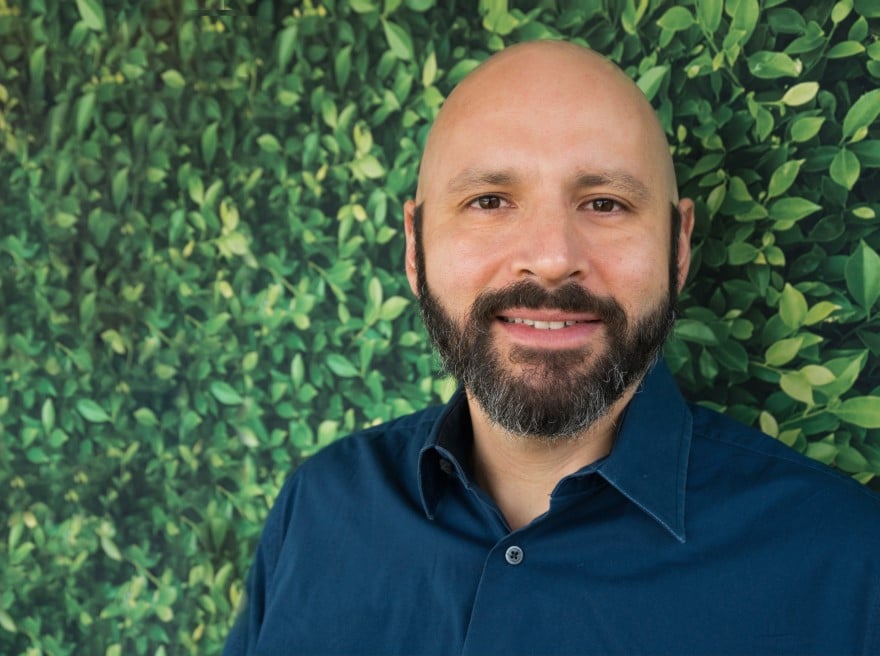 “There’s a big difference in the methods of operations we use and the people renting out their homes to vacationers or students,” says the general counsel for short-term apartment rental provider The Guild. “The same issues simply don’t come into play.”

Launched in 2016, The Guild discretely makes apartment units or even entire floors of luxury apartment buildings available for stays ranging from a few days to several months. For discerning corporate and recreational travelers wanting the homey touch that even a 5-star hotel can’t provide, The Guild meets and even surpasses that expectation.

Unlike short-term rental marketplaces, whose ubiquity has prompted many cities to enact laws curbing their use, The Guild manages its own catalog of units. The Guild’s units come from arrangements with spacious, luxury apartment complexes in or near the downtowns of six U.S. cities, with a few more locales likely to be added to the roster this year or next. 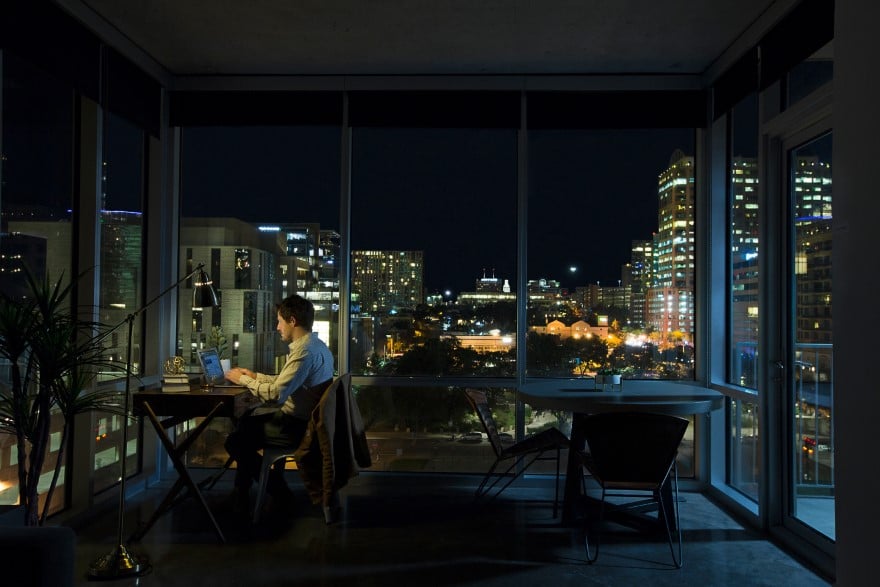 There’s no reduction in rental options for folks of modest means, as The Guild leases units in newer high-priced complexes that may have trouble filling their vacancy in the first few years, providing stability for the landlords who might otherwise leave units empty. Lest the apartment neighbors fear their building could suffer in quality, R.C. reminds that the landlords servicing massive debt have a threshold to maintain.

Furthermore, The Guild’s generally affluent clientele come to town flush with cash (or a generous expense account), from which local merchants benefit.

“We’re not changing the character of these apartments,” R.C. assures. “Once we get that message across, people aren’t opposed to our coming to town.”

An attorney and ambassador

Since taking over as general counsel in August 2019, R.C.’s responsibilities have been largely focused on contract management and government relations.

There’s still lack of knowledge and undue fear about how the company operates, he says, but a sit-down with a municipal official is often enough to assuage concerns. This being a closely watched industry, R.C. welcomes the opportunity to make clear he’s a stickler for rules and regulations.

“I guard our reputation fiercely,” he says. “We understand that other players in our space can leave a negative impression on municipal leaders and neighbors. Our goal is to be an entrenched and conscious member of the communities in which we operate.” 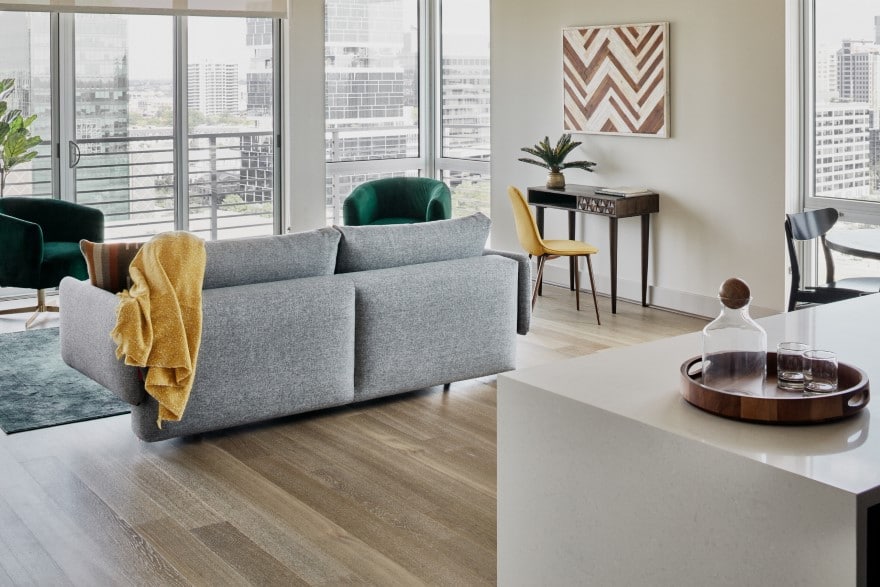 With The Guild currently active in Austin, Dallas, Miami, Cincinnati, Denver and Nashville, R.C. expects to soon finalize a deal with an undisclosed property in a new city on the East Coast. He’s also scouting options in Pennsylvania and in other parts of South Florida and hopes to get Boston and Washington D.C. into the fold as well.

But launching an operation anywhere is rarely a simple process, R.C. reminds, there being land-use regulations that must be resolved, leases to be drafted, and local and state tax structures to account for.

As the sole in-house lawyer, R.C. has eased his workload by nurturing relationships with outside counsel in all cities where The Guild has an interest. Well-versed in technology, he favors Asana as a task management tool as well as Dropbox and Google G Suite.

He’s also streamlined the leasing process and proudly cites how The Guild has stimulated positive activities in all its locales, starting where it all began in 2016: Austin, Texas.

In addition to being the Lone Star State capitol and a musical mecca, Austin has become a hotbed for TV production. While R.C. honors the confidentiality of clientele, he can say that The Guild regularly accommodates film crews and celebrities for extended stays, making them feel right at home in these apartments turned boutique hotels.

“We’re very deliberate with what we build and design,” he says. “It all has to be to a very rigorous specification—washer and dryer, full kitchen with a refrigerator stocked with groceries the client requests, concierge service, bandwidth.” 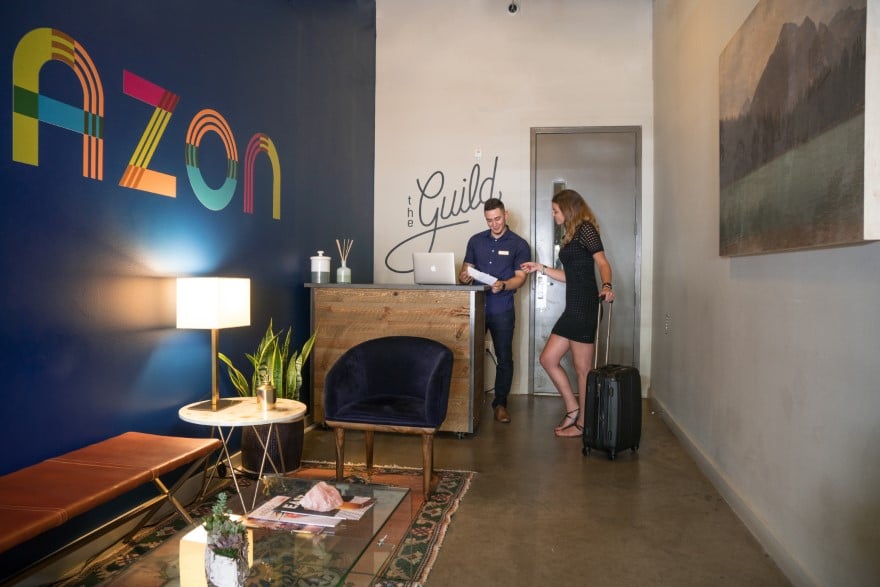 He also credits Texas for rules friendly to such an operation. As long as an apartment building exists, there’s no need for The Guild to seek a zoning change. Austin’s protocol is merely to apply for a short-term unit and to pay the standard hotel tax.

The business model also works well in Cincinnati, home to many corporate headquarters, where executives often come in for extended conferences and training sessions. There’s even a Guild facility near the Great American Ballpark, home of Major League Baseball’s Cincinnati Reds, making it ideal temporary quarters for executives with a couple of visiting teams.

As for other Guild clients, they hail from all kinds of professions: lawyers in town for an extended trial; political operatives preparing for an election; consultants on a long-term assignment; rock bands on tour and in need of a hub. (While R.C. could not divulge them, he can assure they haven’t tossed TVs out windows or otherwise trashed the premises.) Given the model’s success, he says there’s much potential for The Guild to sustain its status as a disruptor in the growing niche of corporate accommodation.

Indeed, it’s a need that R.C. knows all too well himself.

A man who’s traveled extensively since earning his law degree in 2008 from St. Mary’s University School of Law, R.C. can remember the many times that work put him on the road and each night left him with the feeling of four bland walls closing in.

“I used to travel three, four days a week and the novelty of accumulating travel status wore off after a while,” he recalls. “I always craved for something that felt more like home while on the road. And now I’m part of bringing that kind of experience to the world.” 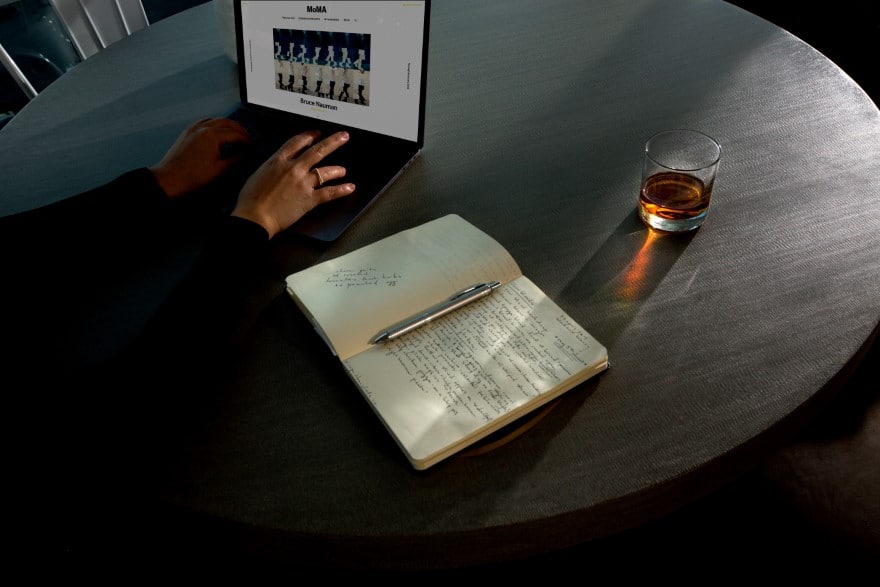 Having held a corporate role with Thomson Reuters, R.C. went on to found and sell his own corporate transactional law practice within three years. He’d go on to advise startups, one of which was The Guild. Still in his 30s, he was recognized on the Super Lawyers Rising Star list. Now at 40, R.C.’s star is no longer considered rising, just shining among those of the legal elite.

Around the time R.C. began his part-time work with The Guild a couple of years ago, he saw a company rich with potential—albeit one with mounting legal costs and no plan or budget for outside counsel.

He’d cut those costs promptly, taking much work in-house, revising contracts with the lawyers he’d retain, and remaining in the good graces of his boss.

“He told me, ‘You are the kind of attorney I can trust, one who balances our legal and business needs, and gives us sound advice,’” R.C. recalls. “I became full time. It’s a good feeling to be part of a company that appreciates what I bring to the table.”

That said, there are times when R.C. can envision a different type of general counselship. An avid baseball fan, he’d relish calling the legal signals for a team, ideally the Oakland Athletics (though the Houston Astros would be just fine, too).

He just might be grooming himself for such a role by satisfying the most discerning clients—those who have something in common with highly compensated ballplayers who spend half a season on the road. 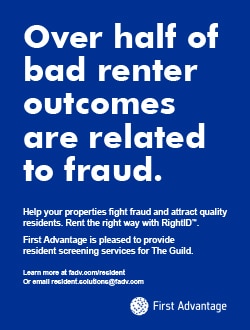