Scrolling through the company’s website, the wares that make up Rodan + Fields’ product line—everything from serums and acne lines to anti-aging products and masks—look like any you might find at a high-end department store.

The branding is straightforward, too: streamlined, simple, unabashedly confident. They certainly don’t seem like the kinds of products that would be difficult to get to market.

But as Vice President and Deputy General Counsel Brandee Winikoff is quick to remind, there’s little about corporate law that doesn’t run deep.

“In our department, we feel like we’re part of everything the company does, and that’s part of what makes the role so exciting,” Winikoff says. “There are so many dynamics at play, you can’t afford to take a back seat on anything. Everything matters.”

Nowhere is that mantra more apparent than with Rodan + Fields’ ever-growing product line. When the company decided in 2019 to launch its first face masks, Winikoff’s involvement was swift and consistent.

First, she worked with her team of product lawyers to ensure that any claims made about the products—i.e. those pertaining to its effectiveness—adhered to both the company’s clinical results and regulations set forth by the Food and Drug Administration.

Once the line was launched (on Valentine’s Day of 2019), Winikoff’s focus shifted to a different kind of compliance. Namely, making sure that Rodan + Fields’ Independent Consultants—all 350,000 of them—weren’t using social media to make misleading claims about the products. 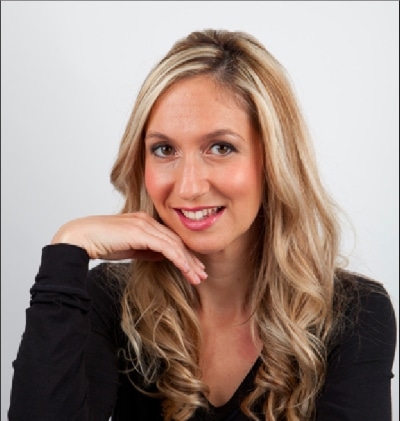 “We basically had to scour the internet looking for videos or posts that contained any language that might be problematic,” Winikoff recalls. “We have a team of 11 people manually scouring the internet, in addition to a vendor that does advanced web crawling.”

Together with her team, Winikoff kept a running list of false or misleading claims, working with the company’s marketing and social media teams to educate Consultants on what constitutes appropriate claims.

Letter of the law

Lately, much of Winikoff’s bandwidth has been focused not only on Rodan + Fields’ product line, but on the company’s new-and-improved e-commerce platform, which launched in July.

Over the course of 40 biweekly meetings, Winikoff and her team granted their “legal blessings” to everything from website copy and URL formatting to terms of use and privacy policies.

“Every piece of content was put under the microscope,” Winikoff says. “Even though much of the content was migrated directly from the old platform, legal standards constantly evolve and we needed to scrutinize and adjust content in light of the most current legal landscape.”

The new platform looms especially large in light of Rodan + Fields’ international expansion. While Winikoff won’t disclose the target countries by name, she and her team have been conducting due diligence for many years: researching rules and regulations relating to the direct selling channel, conducting due diligence on intellectual property laws, updating privacy policies, and so on.

“It’s all about partnering with legal experts who truly understand the landscape, whether we’re in Australia, Canada or somewhere else,” Winikoff says. “We have a 40-page checklist we go through with outside counsel to make sure they understand our goals and what we need to account for.”

For Winikoff, the key to being a successful in-house lawyer involves approaching every issue, no matter its size or scope, with surgical precision—so long as it doesn’t involve actual scalpels, that is.

While attending Herzliah High School in Montreal, Winikoff developed an early fascination with Jewish law: its roots, its logic, how it informed legal scholarship for centuries to come.

While exploring a possible career in medicine—she studied physiology at McGill University, until “a few close encounters with blood” made her reevaluate her chosen path—Winikoff earned her J.D. from Osgoode Hall Law School in 2005.

She then spent seven years in private practice: first at Toronto’s Osler, Hoskin & Harcourt (from 2005 to 2007); followed by a nearly five-year stint at the Palo Alto office of global firm Cooley LLP. In 2007, eager for a change of scenery (both professional and geographical), Winikoff and her husband upped stakes and moved to California.

After working at Cooley LLP, she landed a post as general counsel and director of business development for Xercise Lab, a fitness company.

“I did everything from teach aerobics classes to developing clothing lines to legal and business development issues—which was quite the mix!” Winikoff exclaims. “That was a huge step in my life, one that really prepared me for what was next.”

What was next was a legal role in one of the world’s fastest-growing skincare companies. Right away, Winikoff was drawn to the role’s mix of legal rigor and business creativity.

Nearly six years later, that captivation hasn’t wavered. Thanks in large part to the people behind the products. 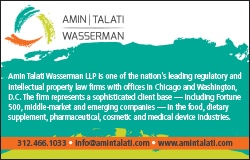