Let’s say you’re on the phone with customer service for your cable company or cell phone provider; waiting on hold, rocking out to the Muzak.

Typically, you’d be paired up with the next available representative. But in this instance, algorithms working behind the scenes use data about you and the agents on duty to create a match. This data might include information about your account, calling history and certain publicly available demographic information. On the agent side, the system analyzes prior call outcomes, skill levels and strong (or weak) areas. 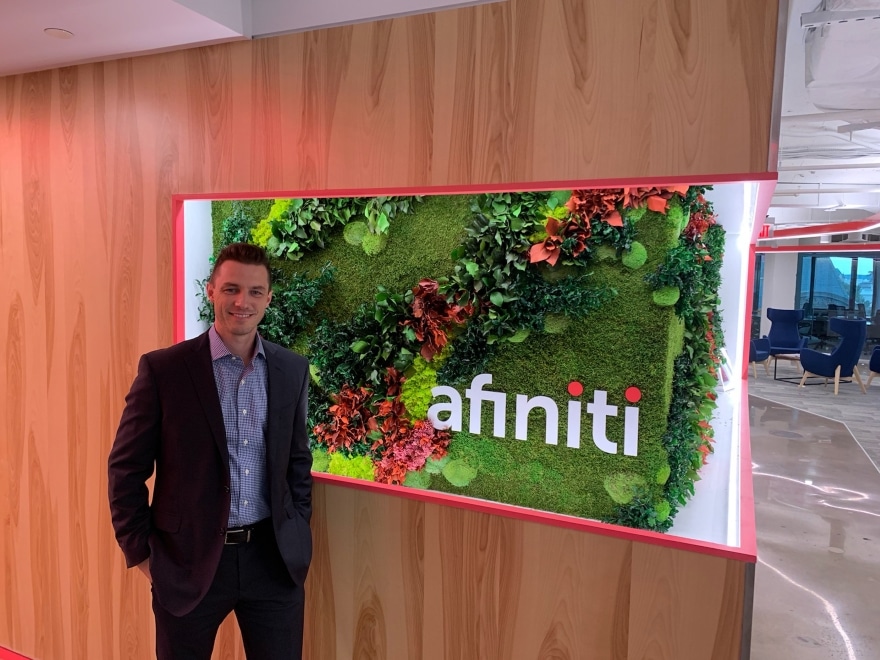 In milliseconds, the system determines that a particular customer service rep would be the best fit for your needs—not necessarily the next one who becomes available.

“There’s a lot of buzz about AI, as well as a concern that AI is going to replace human jobs,” says Sam Logan, deputy general counsel for Afiniti, which is applying AI to enhance call center outcomes. “What’s nice about Afiniti is that it is finding ways for people to better interact with each other.”

The ‘AI summer’ has arrived

Founded in 2006 and headquartered in Washington D.C., Afiniti has created a proprietary pairing method that it refers to as “Enterprise Behavioral Pairing.”

Working with large companies around the world—such as telecommunications giants Virgin Media and Sky Communications—Afiniti uses both available data and new data collected about callers and agents to create custom algorithms. These algorithms feed a statistical model that helps Afiniti’s technology choose which pairings to make, optimizing a predetermined metric such as higher revenues, increased customer satisfaction or better customer retention. Afiniti turns the solution “on” and “off” in short cycles to compare the performance of its model against the status quo, then measures the difference, Logan explains.

“This lets the client see the results of our solution,” Logan says. “Our people are constantly watching how the model performs. ‘The model performed well toward this metric, but not that one—how do we tweak it to make it better?’”

Large telecommunication companies, in particular, have “tons of callers and tons of agents,” making them a “good sandbox for us to work in,” Logan says. “With more people in the mix, we tend to statistically perform better.”

Enterprise Behavioral Pairing could eventually be applied to other industries such as health care, insurance and banking, Logan says, and could likewise be used in scaled down, less customized applications for smaller enterprises.

In any case, the opportunity is significant, he says, and as a result Afiniti has been “growing like mad.” “There’s a lot of buzz, a lot of excitement,” Logan notes.

“Large-scale enterprises have increased their reliance on contact centers as sources of revenue, which makes the Afiniti solution highly desirable,” he says. “With happier callers and agents, Afiniti’s customers make more money, which has translated into dramatic revenue growth year over year for Afiniti.”

Why the flurry of activity now? As Logan explains, we’re coming out of what was known as the ‘AI winter.’ A few decades ago, there was a big push for AI technologies, he says, but computing power wasn’t strong enough and available data wasn’t plentiful enough for AI to make a difference in everyday life. Today, though, Logan says more business are using it.

His principal role in all this: to help Afiniti grow quickly and responsibly, always keeping the long-term view in mind. To that end, he and the 10-person legal team have focused on optimizing the company’s capital structure; improving legal forms to reduce contract negotiation time; building out processes and procedures across departments; and establishing frameworks, standards and policies for compliance and risk. They have also built training protocols relating to cybersecurity, data protection and new and evolving policies such as the EU’s General Data Protection Regulation (GDPR), he explains. “We don’t have to be perfect in every respect,” Logan says, “but as a data-driven company, we have to get data right.”

Logan is likewise creating a more detailed risk assessment and mitigation plan that he says will embrace balance.

“Not all risk is bad,” Logan notes, adding that some lawyers tend to get hung up on that mindset. “Good risk is risk that you understand and can take advantage of. Without risk, there’s no reward.”

A father of two and an avid fly fisherman, Logan draws correlations between his pastime and his vocation. “You’re out there in the river, constantly moving and understanding the flow of the water, always casting, always thinking—not just standing there with a bobber,” he says.

Likewise, in a legal practice, particularly at a technology company, “you’re never standing still, the waters around you are always changing.”

He feels drawn to technology because of its capacity to be used “for great good or for great evil,” he says, and he was attracted to Afiniti’s novel use of AI in enhancing human interactions.

“I’m interested in the intersection of cutting edge technologies and the impact on the human experience and what it means to be human,” Logan explains. “I’ve thought a lot about that philosophical question. Being with a company that is using technology to make the human experience richer is really cool.”

And ultimately, it’s a game to determine just where to cast next. 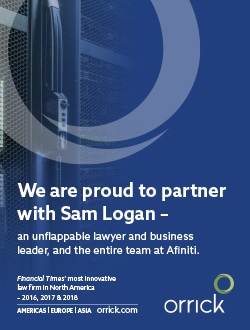 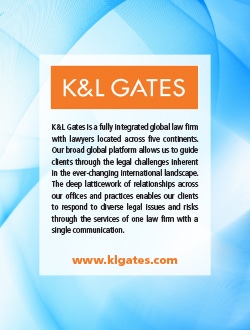