A natural-born litigator goes in-house and never looks back

Many general counsels admit to pursuing in-house roles as a way to avoid litigation, which after working in law firms, they discover an aversion to. That’s not the case with Randy Reaves, vice president and general counsel of Schnabel Engineering.

Reaves is a litigator at heart. He grew up watching shows like Perry Mason and thought “a real lawyer” was in the courtroom. But over the years, he came to realize that in the litigation arena, clients never really like their attorneys. Even if an attorney gets a great result, the client is only happy until he or she gets the bill, Reaves quips. 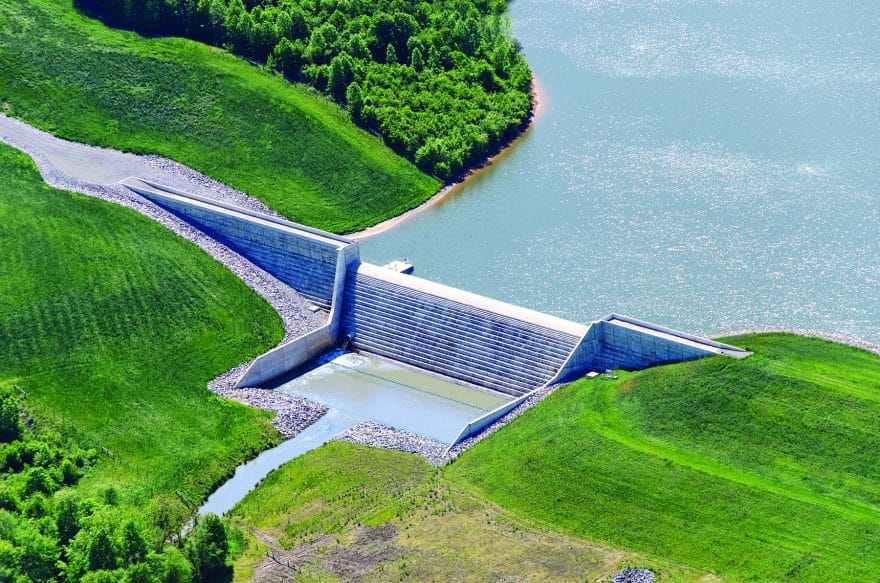 After 32 years of practicing law, Reaves has found a way to be both “a real lawyer” and an in-house counsel. He’s stuck to his litigation guns, managing court cases over the years for companies like Tredegar Corporation, CarMax Auto Superstores and Signet Banking Corporation, and along the way he’s made friends of internal clients.

Today, Reaves manages Schnabel Engineering’s litigation, though he says, “knock on wood,” the firm doesn’t have much of it. And he’s found other ways to support the business.

“It’s a fun environment, where, instead of fighting in a courtroom, I spend my time as an advocate seeking contractual provisions that reflect the professional standards of our industry,” he says.  “Sometimes, that advocacy can lead to conflict, especially when clients try to button-hole Schnabel into a contract set up for contractors, but I pride myself on my ability to reach a contractual middle ground.”

If not suing, what are you doing?

Reaves didn’t intend to be a lawyer when he enrolled in law school; he was simply looking for a broad, liberal arts degree. After a couple of law firm internships, though, he answered the call to litigate.

In retrospect, it seems natural. In high school, Reaves did well on the debate team, winning regional competitions and attending state finals. He excelled, too, as an extemporaneous speaker. “I’ve always liked to argue,” he says, laughing.

After graduating from the University of Virginia School of Law, Reaves found success as a litigator at Hirschler Fleischer, a large firm in Richmond, Virginia. He especially enjoyed being in the courtroom, arguing motions and trying cases, including the handful of jury trials he experienced in his five years there. In business disputes, Reaves says, both sides are usually loath to leave their fate in the hands of a group of laypeople and try to persuade a judge instead. 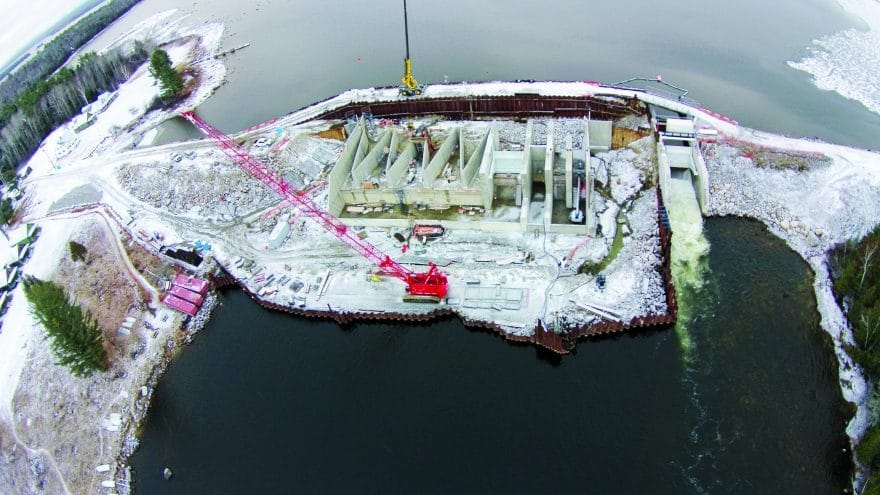 “It was kind of like, if you’re not suing somebody, being sued or in a courtroom fight, what are you doing?” he says.

Eventually, the 60 to 80 hour, six and seven day work weeks got to be too much. Reaves had a seven-month-old at home, his wife had a stressful job as well, and the demands of law firm life were taking a physical toll.

In search of a role that would offer better work-life balance, yet still suit his affinity for litigation, Reaves found his way to Signet Banking Corporation.

Reaves joined Signet in 1991, just after a real estate boom in the late ‘80s had busted. He was brought on to lead the bank’s litigation in bankruptcy court, and spent time in the courtrooms of Virginia. He also managed litigators in Washington, D.C., and Maryland, and over time oversaw a multi-lawyer in-house litigation section, an essential shift that transitioned Reaves from solely litigating to managing others.

As happens, Signet was purchased by First Union, which later became Wachovia Bank, which became Wells Fargo, and Reaves found his job moving to North Carolina. Not keen on relocating, Reaves accepted an offer from CarMax, then a wholly-owned subsidiary of now-defunct Circuit City, the once-dominant electronics retailer.

At the time, 1998, CarMax was just kicking into high gear as an online and “no haggle” price used-car dealer, and in many ways it was breaking the car sales mold. The company needed someone to handle its litigation—especially with state regulators and competitors. It also needed someone to protect its trade secrets and handle consumer complaints submitted to the Better Business Bureau and state attorneys general. 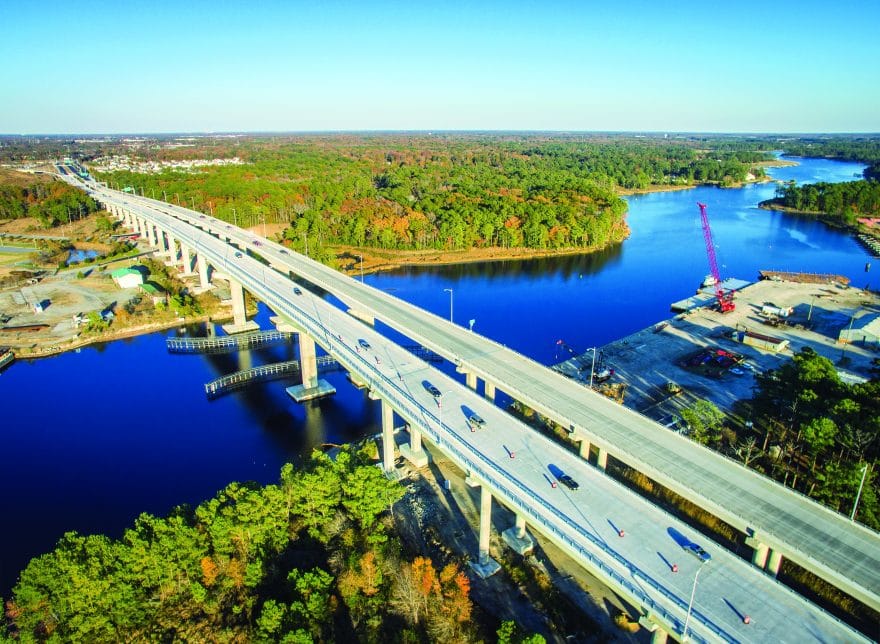 Shortly after Reaves joined CarMax, his boss left, and Reaves accepted the added responsibility of managing a 15-person legal team. For the first time, he was involved in contract and lease reviews and general corporate legal work. He jokes that he finally discovered what his colleagues on the other floors of Hirschler Fleishcher had been doing all those years prior.

Without abandoning his love for litigation, Reaves gained new perspective and appreciation for a more business-oriented mindset.

“What I’ve learned over time is you can get a lot of satisfaction in helping to achieve mutually beneficial deals between companies or entities who are trying to work together while preserving their distinct objectives,” he says.

That notion has served Reaves well, especially in his current role at Schnabel Engineering—a 60-year-old, 300-person engineering firm that specializes in geotechnical, tunnel and dam work. Headquartered in Glen Allen, Virginia, Schnabel Engineering has offices along the East Coast, from New York to Georgia, as well as one in Knoxville, Tennessee, and another in Dallas, Texas.

While Reaves does manage Schnabel Engineering’s litigation, the firm doesn’t have much of it, he says. That has freed him up to do things like streamlining the firm’s corporate structure and taking a strong stand during contract negotiations.

“Being a sub-consultant on a larger job can put us in a less advantageous contracting position than when we are the prime,” Reaves says. “But I have no problem coming in and marking up an agreement to what I believe are fair terms.”

Since joining Schnabel Engineering in 2010, Reaves has also created a stronger framework for acquisitions.

“The company has always been good at analyzing the financials of a potential acquisition and how it may complement our current strengths and markets … but I have helped set up a framework so you can make sure risks are identified and allocated upfront, so that the acquisition will be better incorporated into the Schnabel family,” Reaves says.

Reaves notes that Schnabel, a 100 percent ESOP-owned company, has a unique culture, and its employees are motivated to do quality work.

“While certainly we all want to make a profit,” he says, “it still has more of a family feel or a business that’s a group of friends working together.”

Reaves appreciates that atmosphere and working with engineers, who he says are as detail-oriented as he is and understand the importance of fully assessing risk. Reaves appreciates, too, that at Schnabel Engineering, the engineers and business leaders aren’t afraid to make a decision.

At past companies, Reaves found businesspeople who were “scared to death” to make a decision. Instead, they deferred to the legal team.

“My thinking is the folks who know the business well—they should be making the business decisions,” Reaves says. “I’ll give you legal advice and sometimes it might move over to business advice, but at the end of the day, it’s your decision, and I respect and like that at Schnabel the business folks are willing to make their own decisions.”

Though Reaves “grew up” in a law firm, he has come to appreciate the collaborative relationships he’s able to have with businesspeople as an in-house lawyer.

Still a litigator at heart, Reaves says, “I never looked back and never thought of going back to a law firm.” 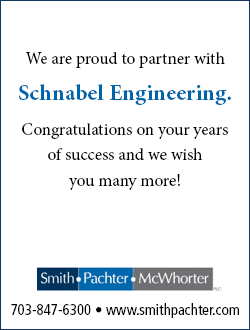