Secure choice for any responsibility

The nation still reeling from the Sept. 11 attacks of the year before, the U.S. Department of Homeland Security came into being in late 2002, and among the early advisers to Secretary Tom Ridge was a lawyer in his early 40s who had built up credentials as impressive as they were esoteric.

Scott Boylan was worldly and well-versed in security matters, having served the Department of Justice on two separate occasions, as well as Treasury, where he had been director of international enforcement affairs. He had a hand in the creation of the new Cabinet-level department, and as its senior adviser would travel extensively, weighing in on national and international security, borders, trade, the Committee on Foreign Investment in the U.S., and myriad other issues. 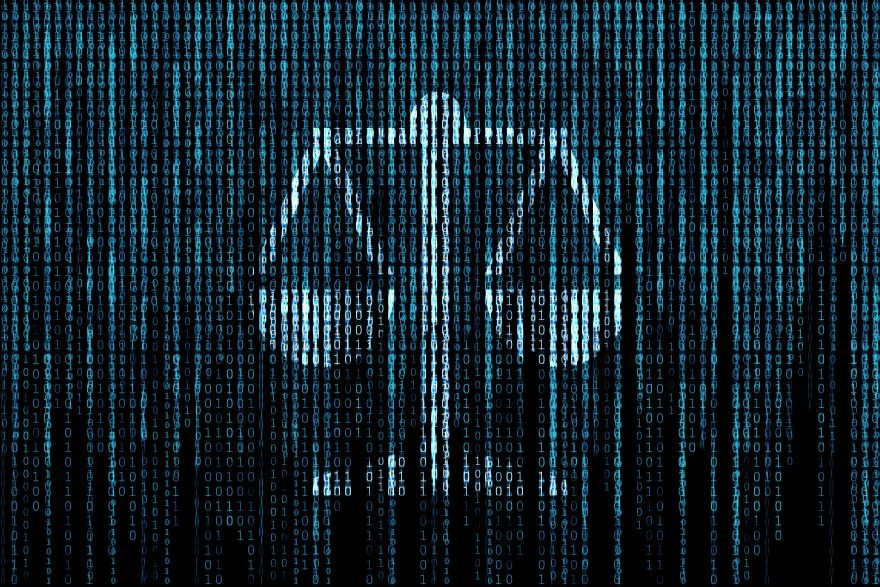 But pursuing security for the homeland wasn’t always an ideal fit for bliss at home, and when Boylan’s daughter was born in 2005, her dad was encouraged—strongly—to find work that wouldn’t take him away so often.

“Homeland Security was 24/7,” says Boylan, now 57 and general counsel, senior vice president and corporate secretary of secure identity specialist MorphoTrust USA. “After the baby, Mrs. Boylan said I was needed more at home. At her urging, I began looking for jobs at home where I could use my skills.”

Home being Washington, D.C., there were opportunities for a man of his ability in a post-9/11 world. He became senior counsel to a General Electric unit developing scanning machines for the new Transportation Security Administration, and when that line was sold in 2009 to French conglomerate Safran S.A., Boylan found himself working in a higher capacity for its MorphoTrust subsidiary.

With the need for security of any kind at a premium, MorphoTrust is a global leader in high-stakes identity solutions and services. The company’s roots date back nearly six decades, from the time the first photo was added to a U.S. driver’s license.

To say that the company’s mission has expanded exponentially would be an understatement to the nth degree. Photos will always serve a purpose, but today’s security needs call for, among other things, such biometrics as facial and iris identification and live-scan fingerprinting. MorphoTrust’s expertise also extends into chip cards and documents, border control and business solutions.

Its clients run the gamut from the public and private sectors, with all levels of law enforcement and national security in the former, and casinos, airlines and banks included in the latter.

“Among criminals, bank robbers have the highest recidivism rate,” says Boylan. “It seems when they start, they can’t stop. But given all the means we have to catch them, there are a lot of things I’d recommend other than robbing banks.”

The smarter bank robbers may indeed be turning to other means of earning a livelihood, albeit not a legitimate one. There’s a virtual arms race in progress between those who would commit fraud or pose a security threat and those who seek to prevent such miscreant activities. A cynic might go so far as to say there are double agents at work trying to enrich themselves on both sides.

Boylan won’t go that far, but relishes his role as head of a legal team in a supportive role of stopping fraud. He oversees about 17 lawyers and paralegals dispersed among company offices in the nation’s capital, Nashville, Minneapolis and Billerica, Massachusetts. In recent months, the tasks at hand have entailed integration; last May, MorphoTrust merged with another French company, the digital security specialists Oberthur Technologies.

The resulting company, OT-Morpho, is poised to take security services to an even higher level, but there are multiple details for the legal team to sort out in this hemisphere, as would be the case in any big-ticket merger acquisition. Then there are the other tasks that command an in-house legal department’s attention. Tasks like protecting the company itself.

Boylan for the defense

Like any high-technology company, MorphoTrust is routinely targeted by non-practicing patent holding companies, looking to make a quick dollar by filing lawsuits against successful companies.

Boylan has taken a tough stance on these cases and has categorically refused to pay out to avoid litigation. From 2012 to 2015, Boylan led efforts to defend MorphoTrust against what it regarded as frivolous patent-infringement charges brought forth by a Texas company, Blue Spike. In April 2015, all four charges were dismissed with prejudice, the Court of Federal Claims affirming MorphoTrust’s claim that its biometrics technologies, developed in 2000, far outdated Blue Spike’s versions. 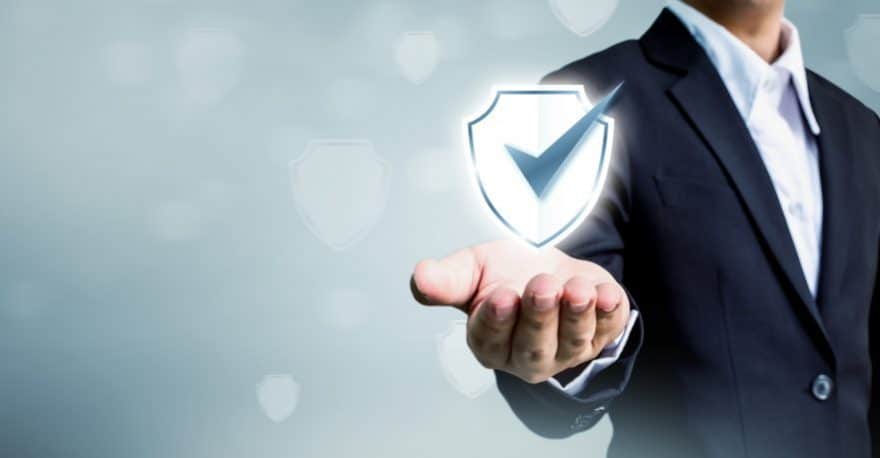 In 2016 and 2017, Boylan worked with law firm Armstrong Teasdale to obtain complete dismissal of two other patent infringement lawsuits.  The first involved three patents relating to biometric security technology and the second involved TSA passenger authentication kiosks.  Both cases were dismissed with prejudice and were resolved without MorphoTrust paying a dime to license the accused patents.

“The company philosophy is we don’t lay down and buy off these cases,” Boylan says. “Blue Spike went after our biometrics and we vigorously defended ourselves. It took a lot of company resources to do so, but it came to a satisfactory conclusion. It sent a message, as well, that we’ll stop future claims that have no motive other than to sue a successful company.”

Grounded in any pursuit

The law has been a good fit for Boylan, but his first love was science. Geology and government were his majors at Franklin & Marshall University in Lancaster, Pennsylvania, from 1978 to 1982, and a career in the lab seemed among the possibilities.

Then came a year abroad at the University of Copenhagen—or, as they say in Denmark, Københauvn Universitet—where he became fascinated with the Danish legal system and its code-based civil structure. Rather than pursuing science, Boylan opted for Syracuse University School of Law and later Georgetown University Law for an LLM in international law.

His professional life has been a case of the revolving door syndrome, the sometimes-derided process of people going back and forth between government and industry. In actuality, it can be the most progressive exchange program, giving each sector further insight on the inner-workings of the very critical other.

Rarely do law grads have the credentials to immediately go in-house, but Boylan’s first job was staff attorney to York International Corp. from 1985 to 1987, followed by two years at the Justice Department. He was an associate at Drinker, Biddle & Reath from 1989 to 1991, and worked for the unsuccessful Bush-Quayle re-election ticket of 1992.

Extensive global work would follow, with the International Republican Institute entrusting Boylan to direct reform programs for Russian democratic activists and elected officials from 1993 to 1995. Next, the America Bar Association made him senior project coordinator for its Central and East European Law Initiative from 1995 to 1998, his responsibilities often taking him to Russia and Poland.

A return to the Justice Department and then to the Treasury kept him closer to home from 1998 to 2003, and then Homeland Security came calling.

In the best sense of the term, it’s been a roller coaster career. Somehow, with all the mergers and acquisitions, Boylan has been retained at all of his positions, and given more responsibilities to boot. Could be his bosses know that such credentials would be hard to top. All the better that there was some esoteric expertise included. 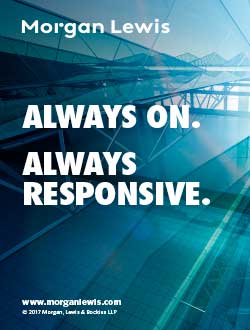 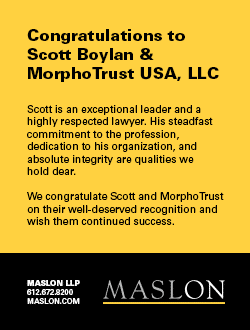 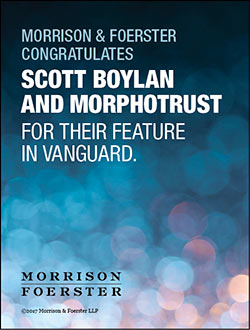 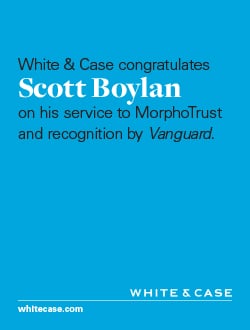