The clichés would have ScaleFactor Chief Legal Officer Scott Shepherd landing on his feet, his boots on the ground as the Austin, Texas, company embarks on a new round of growth.

And indeed, the clichés are true, as Shepherd becomes the company’s first in-house attorney, bringing a combination of military and legal experience with him to the job he started in November 2019. He’s there to bring order to the legal operations but has no intention of giving orders to do so. 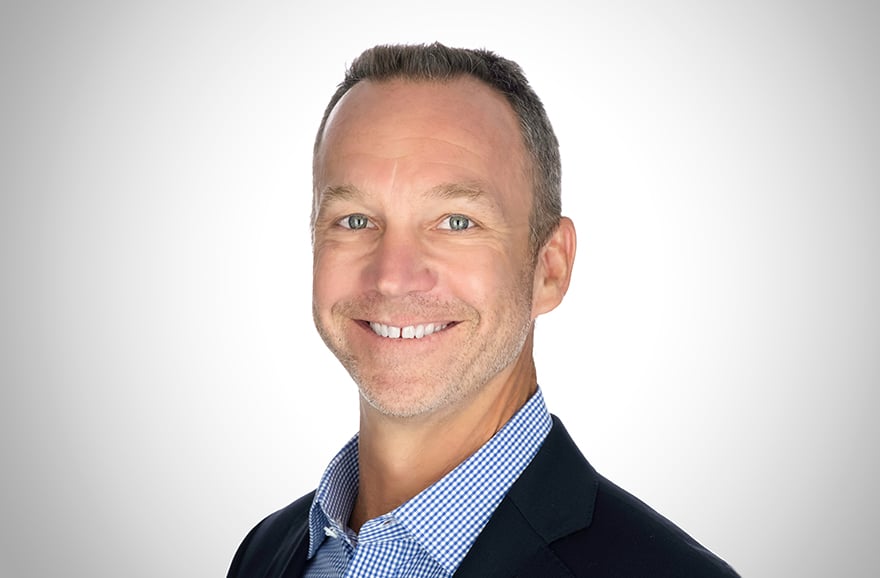 In fact, the affable attorney believes it will be teamwork and a focus on the mission that guide his days and duties.

“Having spent time in the Marine Corps and around great leaders, you identify those traits in others that are most critical to the person you are,” he says. “One of my challenges as the company’s first lawyer is to earn people’s trust in me as well as the legal processes and procedures we need to put in place.”

Founded in 2013, ScaleFactor offers accounting and tax services as well as related software for businesses. All are delivered in scalable packages that help keep the books, handle payroll and take care of payables and invoicing. In September 2019, the company introduced its own Visa card.

From its beginnings in CEO Kurt Rathmann’s living room, ScaleFactor has burgeoned into a leader in Austin’s tech sector with over 200 employees. The company raised $60 million in its latest round of fundraising and Bessemer Venture Partners, Matchstick Ventures and Techstars are among the roster of investors. On top of its Series B round in January 2019, ScaleFactor raised $100 million within one year.

Shepherd was not yet onboard when the fundraising closed and the Visa card launched. In fact, when speaking with Vanguard, he had barely settled into his office. He was also not the only new member of an expanded C suite, as the company has also added a chief customer success officer and chief delivery officer. 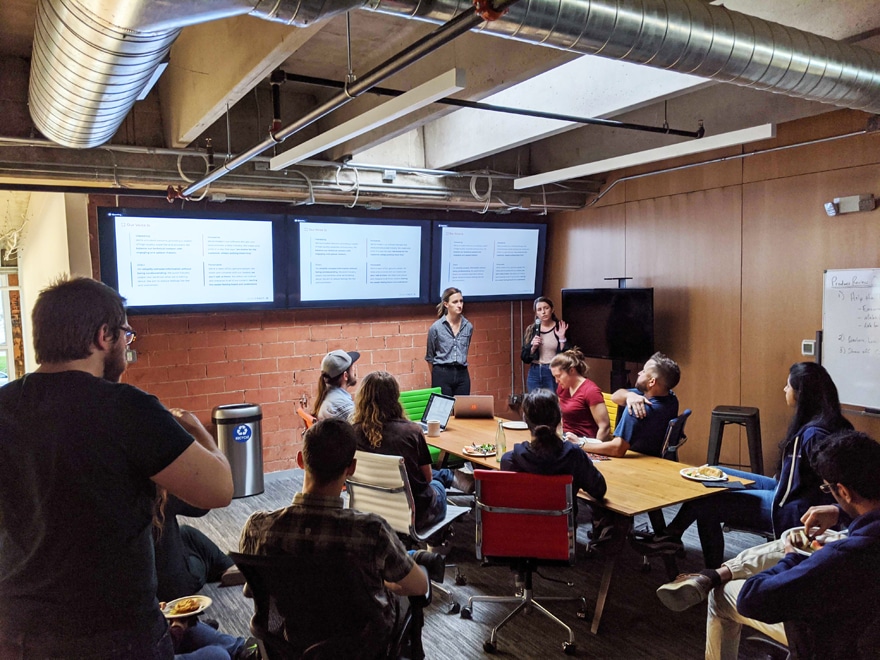 “Because of the fundraising round, they are able to add some gray-haired experience to the team,” Shepherd jokes, but since arriving at ScaleFactor, he has been in high demand and in ways he had not expected.

“In theory, I have a 30-, 60-, 90-day plan that outlines my approach, but I’ve had to be flexible to address more immediate matters when they pop up,” Shepherd says.

As the first in-house counsel, Shepherd is doing a lot of assessing at the outset, particularly to ensure customer records and data are safe and ScaleFactor’s agreements—customers and vendors including QuickBooks, Xero and WebBank—are not only airtight and enforceable, but easily understood. With those objectives in mind, he is still learning the territory, too.

“So far, there has been lots of basic blocking and tackling, figuring out who does what, owns what piece of compliance,” Shepherd says. “For my role, it’s literally clay I am trying to mold, and the biggest challenge is just having enough hours in the day.” 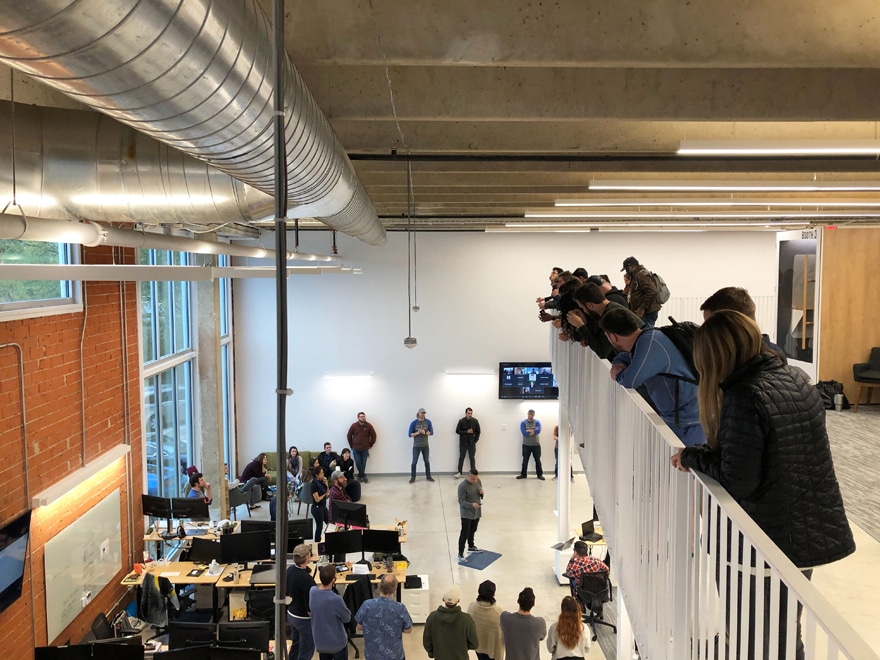 As part of the clay to be molded, he will also focus on patents and protecting the company’s intellectual property, he adds.

Plenty to do? Sure, but it’s helped that ScaleFactor already had structures in place that are not always found in startups or rapidly expanding companies that are often more concerned with accelerating growth rather than tighter policies and procedures.

Having led in a very structured environment in the Marines, Shepherd says he can draw from that experience.

During his time in the Marine Corps, where he rose to the rank of lieutenant colonel, he led five Marine firepower control teams, a 90-man reconnaissance company, and a 225-man support company. He also completed training at the Army Airborne School and the French Foreign Legion’s Jungle Commando Course.

A native of St. Louis, Shepherd earned his bachelor’s in political science from the University of Missouri in 1986 and was commissioned a second lieutenant in the Marines after graduating. Following his active service and a transition to the Marine Reserves, he earned a master’s in public policy from the LBJ School of Public Affairs at the University of Texas, and then his J.D. from the same school in 1999.

His civilian work experience is varied, too. Shepherd, has been a production supervisor for a beer brewery, the research director for U.S. Sen. John Cornyn’s successful election campaign in 1998, and an assistant attorney general for the state of Texas. 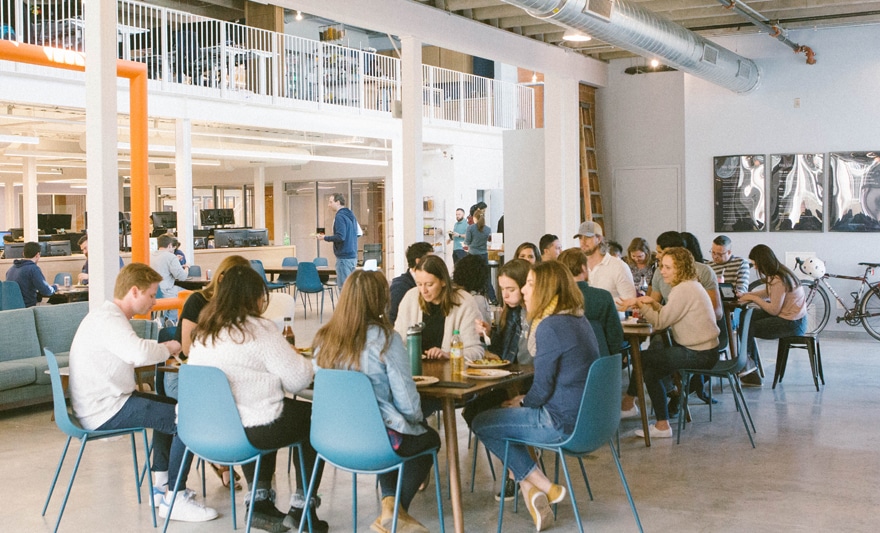 Despite the variety of his work experience, Shepherd and his family have been able to settle into Austin where he enjoys the outdoor life, especially mountain biking the local trails.

In the decades he has been in Austin, and most recently as part of the emerging high-tech scene, Shepherd has seen it grow from a core of Texas Instruments, Dell and Trilogy to the thriving tech community it is today.

In fact, before joining ScaleFactor, he was chief legal officer at Khoros, an Austin-based software company. His job shift may seem a bit offbeat to some, but Shepherd was excited to fill a key role on a team at a younger startup.

“Being the first lawyer on board and figuring out what you need to accomplish is super exciting,” Shepherd says. 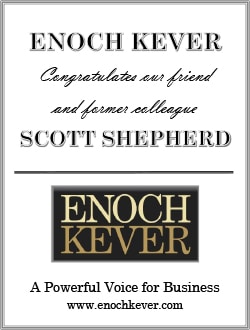