Creating a currency of trust

In the retirement business, trust is key. For U.S. Money Reserve, a precious metals distributor headquartered in Austin, Texas, building trust is as valuable a commodity as the gold on which the company built its business.

Having served more than 550,000 customers since its founding, and with millions of baby boomers poised to retire, USMR is looking at a bright future in the industry, according to its leadership. 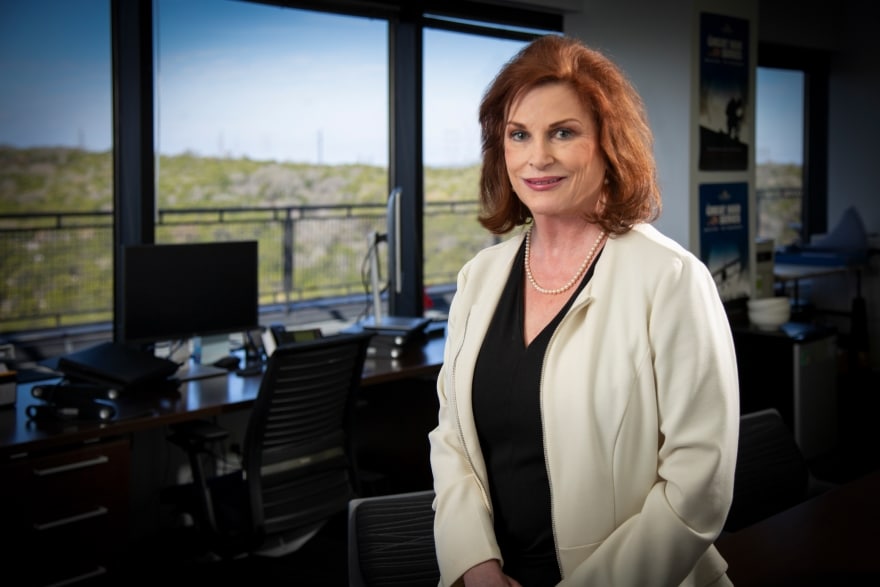 But for Francine Breckenridge, the company’s chief legal and compliance officer, having sound quality assurance and strict compliance are just as important to the bottom line.

“I refer to my office as the principal’s office,” Breckenridge says. “We want to ensure that we are giving our customers the best service possible. Because of that, we have strict internal compliance guidelines to which our account executives—or sales agents—must adhere. Protecting our customers is paramount.”

Founded in 2001, USMR is one of the country’s largest distributors of precious metals, including gold, silver and platinum. It’s also the only company of its kind to be led by a former director of the U.S. Mint, current president Phillip N. Diehl.

But while USMR did just fine prior to Breckenridge’s arrival in 2015, one accomplishment had eluded the company: accreditation from the Better Business Bureau.

“What BBB accreditation comes down to, in the end, is the quality of your customer service and building trust with clients,” she explains. “We strive to be the industry leader in properly educating and protecting our clients when it comes to purchasing precious metals. So that’s where we focused most of our efforts.”

With Breckenridge leading the way, the company began responding to negative online reviews in a more concerted manner, with an eye on remediating the complaints as quickly as possible.

More specifically, the company has a quality assurance department that monitors all customer calls. Among other things, the department ensures U.S. Money Reserve’s account executives recommend a 10-year hold, as well as the importance of having a diversified portfolio—with no more than 30 percent of a customer’s net worth placed in precious metals. 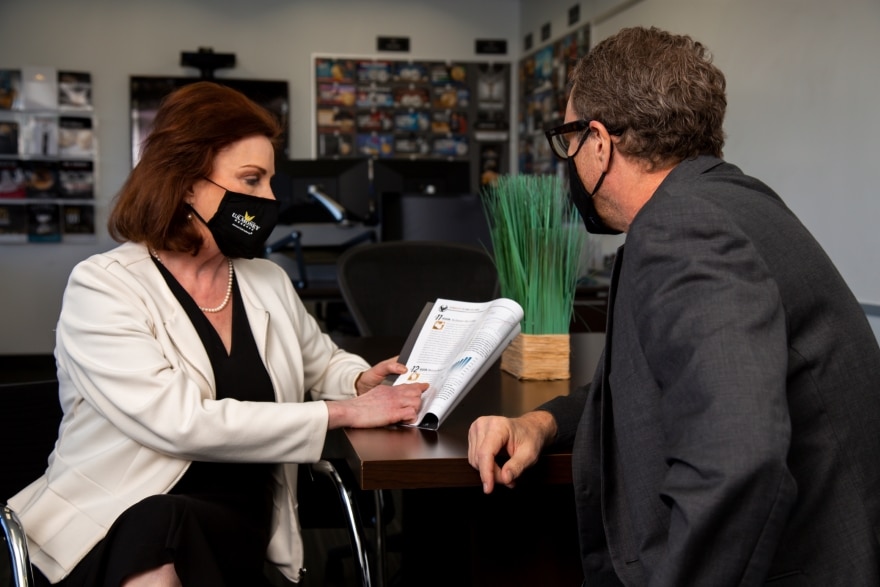 In late 2015, USMR finally achieved an A+ rating. According to Breckenridge, the accomplishment hasn’t just been good for company morale; it’s been good for business.

“It provides our customers with the knowledge that we are a trusted business,” she says. “Knowing that a third-party entity is behind us has given us the go-ahead to operate in states we were previously unallowed. I’m proud of how our team has approached this project.”

Boosting USMR’s public profile isn’t the only transformation Breckenridge has overseen. She’s also overhauled the legal department. According to her, USMR is unique in its operations, being one of the few precious metals dealers with an in-house attorney to monitor compliance and quality assurance.

The goal, she says, is to be prepared if and when the industry becomes subject to new regulations. According to Breckenridge, USMR’s internal compliance protocol is one of the strongest in the precious metals industry.

“Every sale goes through a verification process,” she notes. “The beauty of this is that the verifiers are independent from the sales team. They go over all USMR recommendations and expectations, ensuring customers are aware of the unregulated market.”

The company’s latest endeavor: expanding its retirement division with a second office in Phoenix. Scheduled to open later this year, it will complement the current Phoenix office, specializing in self-directed IRAs. The vehicle combines the traditional protection of gold and silver with the modern convenience of an IRA, allowing customers to roll over their current IRA or 401K into one that includes investments in precious metals. 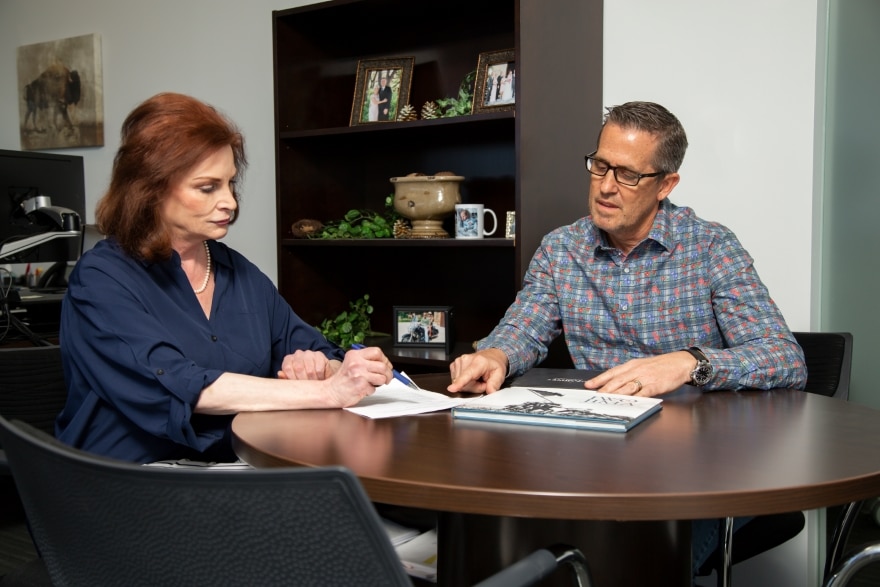 “We really see this as a bright future for individuals who are wanting to take control of their own retirement,” says Breckenridge. “We do everything through an independent custodian and depository so people can roll over existing IRAs into a precious metals IRA.”

Given the transformation that Breckenridge has brought to the table during her near-six-year stint at USMR, one would think that law was her first love. Turns out, her current role was one she had to build—literally and figuratively.

After graduating from the University of Texas in 1981, Breckenridge spent 10 years in the real estate business, eventually becoming a broker. Gaining what she says was invaluable work experience, she wanted to continue her education and decided to go to law school. In 1992, she earned a law degree from Baylor University.

Breckenridge says going back to school later in life allowed her to gain real world experience and learn more about her purpose, making her a more practical decision-maker—and a better attorney.

“Because I waited, I was more mature and it made me focus on what I wanted to do and the difference I wanted to make,” she explains. “Had I gone straight through, I could have been blinded by superficial things like money, vanity or landing at a firm with a household name.”

When looking for a company where she could ply her legal talents, Breckenridge says she prioritized USMR because of its commitment to ethical business standards—and the family environment the company seeks to cultivate.

In addition to her legal duties, which include everything from contracts and compliance to quality assurance training, Breckenridge also oversees the company’s HR operations—a natural fit, given her certification in labor and employment law.

At the start of the pandemic, when childcare became a challenge for some USMR employees with young children, she helped implement a virtual learning facility in the office—the brainchild of the company’s CEO Angela Roberts. Staffed by a team of seven teachers, the learning center—which serves children in grades K-8—provides all necessary technology for the students, as well as daily lunches. 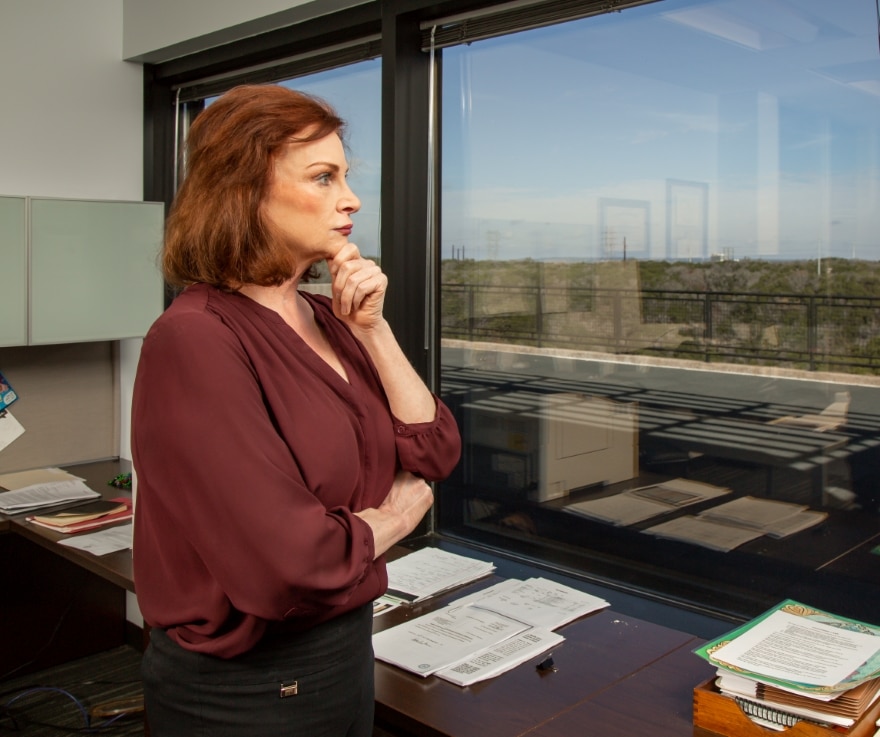 The company also offers on-site after-school care, employing college students to oversee activities from 3 p.m. until 5 p.m.—when most USMR employees get out of work.

For Breckenridge, the initiative is one of many ways that USMR has sought to create a true family culture—including in the legal department.

“We’re a family oriented and close-knit organization with very supportive leadership,” she says. “That’s been critical to every move we’ve made this year. The way that our CEO stepped up, reading the needs of USMR employees, is commendable and makes me want to continue to do everything I can to add to the family environment we have created. Our employees know their voice is being heard.” 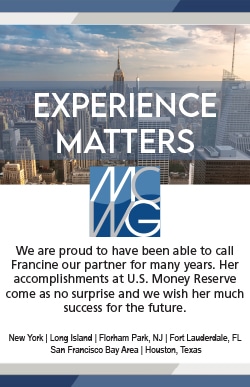 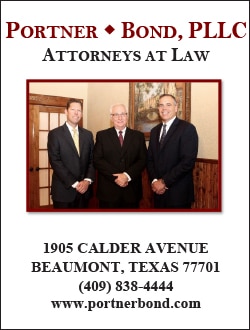 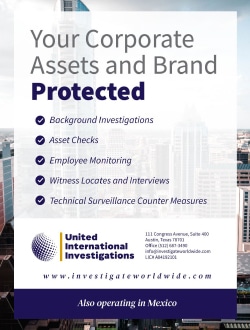