From Toronto’s industrial neighborhoods to the “Hamptons of the North” in Ontario’s Muskoka Bay, Freed Developments is reimagining development with an all-encompassing approach to design, construction, sales and management that renews cityscapes and revels in the wild of the Great White North.

The impact of Freed Developments is best showcased in the Toronto skyline.  As the city has undergone significant transformations in real estate in recent years, so too has the expanse of the company’s reach—and Shael Weinreb is right in the middle of it. 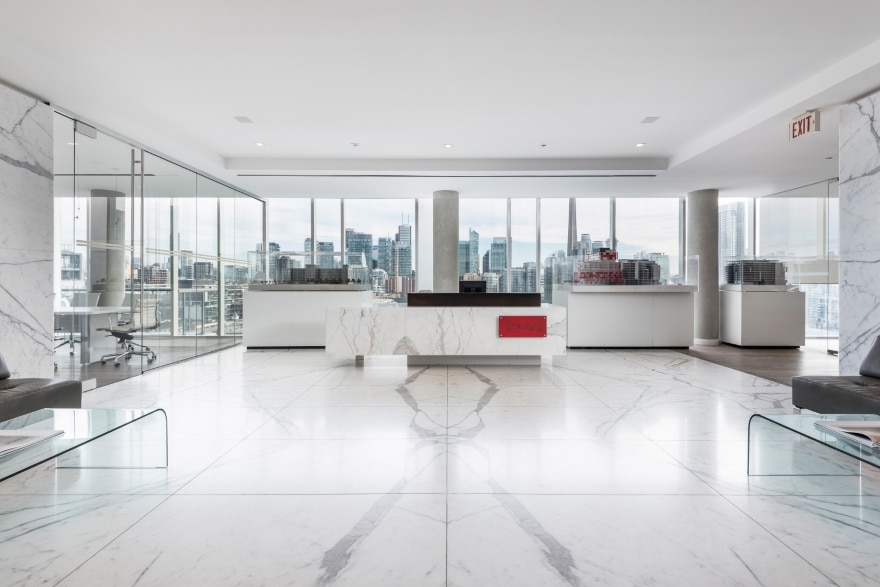 “There’s a lot of excitement and adrenaline in Toronto and within this industry that I feed off of,” Weinreb says.  “People don’t pursue a career in law if they’re apprehensive toward being challenged. That’s what I love about Freed. No two days are the same, it’s a fast-paced environment and there’s always something new on the horizon that we are working toward.”

Weinreb joined Freed in 2015 as the general counsel. Since getting his bachelor’s degree in law from Queen’s University in 2007, he has worked almost exclusively in real estate law. However, in the past three years his role, along with his shared vision for Freed, have transcended beyond the legal domain.

Weinreb now acts as the president and COO of the company. Despite his employment evolution, he remains Freed’s general counsel. To him, it is one of the primary assets that has allowed him to flourish in his new roles. 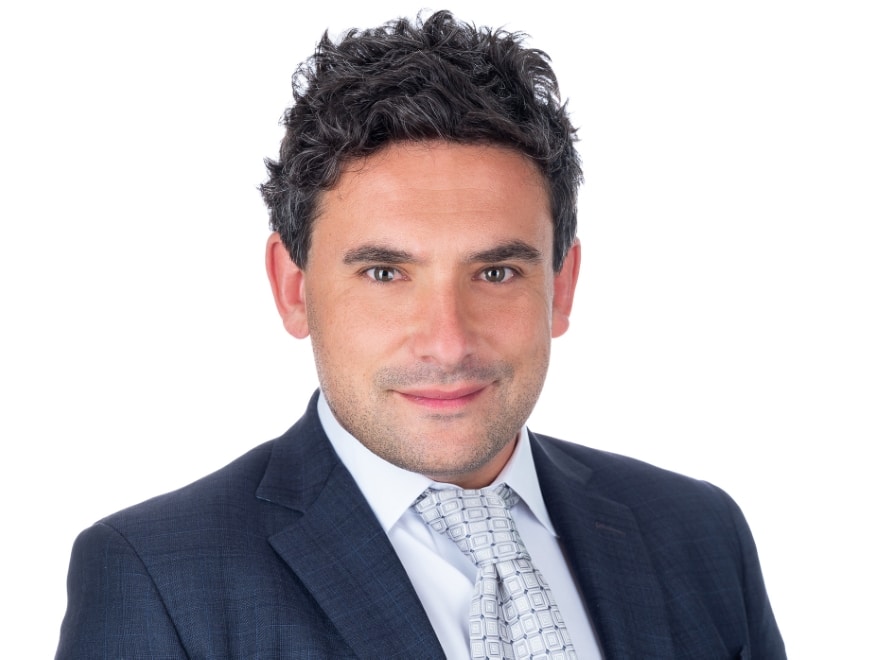 “As an attorney, being able to understand the legalities of all the agreements and structuring deals in the correct legal manner has been crucial in ensuring the company dreams become realized,” Weinreb explains.

For Weinreb, the biggest reward comes from knowing he’s helping provide the legal substance for Freed’s ongoing vision—one that Peter Freed began more than 20 years ago.

Now considered to be one of the most trendy and desirable neighborhoods in Toronto, King West was considered an underdeveloped community back in the 1990s. Thought to be just a bit “too far” from what was then considered the downtown hub, many developers set their sights elsewhere.

“A lot of groups didn’t see King West the way Peter saw it; he paved the way for other developers,” Weinreb says.

Perhaps one of the best examples of Freed’s vision is a project known as Fashion House. It made no attempt to apologize for the industrial roots of the neighborhood, but rather featured that aspect in its design.

Paying homage to the past while integrating modern architectural features, the contemporary glass condo is wrapped at its base by a red brick, historic building. Today, this project is considered to be the catalyst for the transformation within the neighborhood.

Now a very popular part of the city, Freed pioneered also the transition in King West. Peter Freed took a chance on the neighborhood and on his intuition; in the process he inspired others to do the same.

With the success in King West, it seemed likely that Freed would continue its already expansive reign nearby. Instead, Freed headed up north.

Muskoka Bay Resort is perhaps one of the company’s greatest examples of deviation from developer type-casting. It’s Canada’s answer to the Hamptons, with a lure for wealth and revelry to go with it. 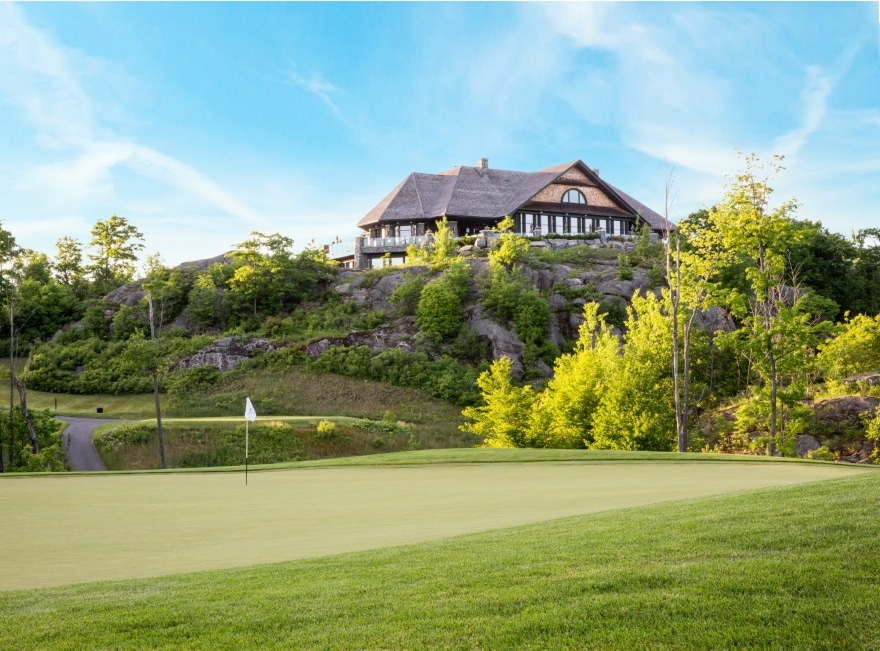 In other words, it couldn’t be more unlike the downtown condos that the company has specialized in previously, but the Freed’s commitment to quality and execution remained consistent.

“Muskoka Bay Resort is a special place. There’s a lot of legal specificities that are involved with a property that large and multi-faceted.  Being able to relay to investors with confidence that legal agreements were airtight was crucial in making sure new endeavors moved forward,” Weinreb says.

The resort is centrally located in Muskoka, and boasts a world-renowned golf course, prime restaurant experiences and lodgings. The current real estate offered at Muskoka Bay Resort includes collections of lofts, homes and villas and a hotel-inspired condo is under construction.

“These are the qualities I love about this company: We’re not afraid to take risks, we want to challenge ourselves and capitalize on amazing opportunities,” Weinreb says.

Muskoka Bay Resort, in and of itself, is testament to the emphasis Freed puts on the “work, live, play” aspect of each project and their attempt to develop lifestyle hubs- not just a condo commodity.

Back in the city, along Dupont Street, Freed is set for a highly anticipated launch in 2019. The boutique 104-unit condo, ANX, will be immersed into the iconic, historic Toronto neighborhood of the Annex. Glass paneled frontage will be accented by balconies with rounded corners that and curve back against the building.

“We think this is going to be cutting-edge in terms of architecture and we love the neighborhood,” Weinreb explains. “Peter Freed is picking another area to sink his teeth into.”

It may be Freed’s teeth but since 2015, Weinreb has been there to make sure the bites meet all the requirements and pass muster with the local government.

“The city is with you every step of the way, the process is very regulated and structured,” Weinreb says. “You have to work with the city of Toronto from permits to zoning.”

All in the execution

The Muskoka Bay and ANX projects, while vastly different in design and function, share a common theme that is prevalent within Freed Developments’ repertoire; a visionary attitude that believes projects can add new life and charm to an area that others might write off.

Weinreb is adamant that Freed’s secret is seeing what’s there before others do. It is this foresight that is key for a company in this industry, especially given the way in which Toronto’s real estate market has spiked over the years.

“I’m really just helping Peter identify and capitalize on opportunities and helping with the execution,” Weinreb explains. “There’s a lot of competition, but we pride ourselves in finding off-market opportunities.”

Executing the dream means Weinreb is a busy man. He handles acquisitions, rezoning and titles. He acts as the external liaison, reporting to investors and banks about what is envisioned, planned or under construction.

He is also considered a liaison internally, among the Freed team. He leads weekly development meetings that bring together managers from each department to discuss the ins and outs of every project, ensuring that the team communicates effectively to get every job done to Freed standards.

“We want to make a positive impact on this city, that’s the goal,” Weinreb says. “Whether we’re involved with scaled, master-planned communities or boutique condos, we want to be busy working on developing our surroundings and creating spaces people love to live in to the best of our ability.” 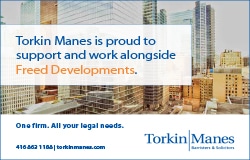 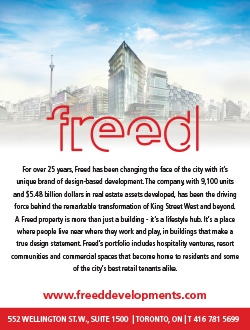