A renewed purpose in a renewable industry

It’s abundant, whether captured from decomposing garbage or cows.

Harvesting biogas, which is converted into renewable natural gas, or RNG, provides an ever-growing source of energy for electricity and transportation, and it has provided a bounty of legal learning for James “Jamie” Wallace. 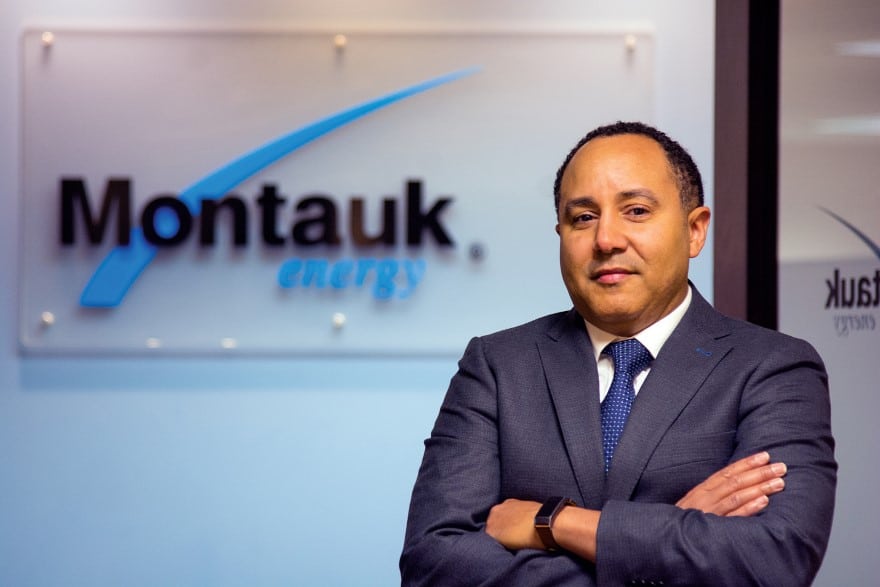 “In capturing the methane, which is a primary component of biogas, we’re both keeping it from getting into the atmosphere and putting it to a beneficial use,” Wallace says. “Every time I tell people what we do, they’re fascinated by it. Although it might sound like a simple process, in truth, there’s a high barrier of entry to the business because of its operational complexity.”

Based in Pittsburgh, and owned by Montauk Holdings Limited, a publicly traded company in South Africa, Montauk Energy has been digging deep to capture methane gas for 30 years.

Where the company digs is what sets it apart, says Wallace, the company’s vice president, general counsel and corporate secretary. Montauk has multiple facilities on landfills in five states and expects to begin capturing methane at an Idaho dairy farm in spring 2020.

The Environmental Protection Agency says emissions from landfills, caused by decomposing organic matter, are the third-largest source of human-related methane discharges in the U.S. Barnyards may not outnumber landfills, but decomposing cow manure is also a very fertile energy source. 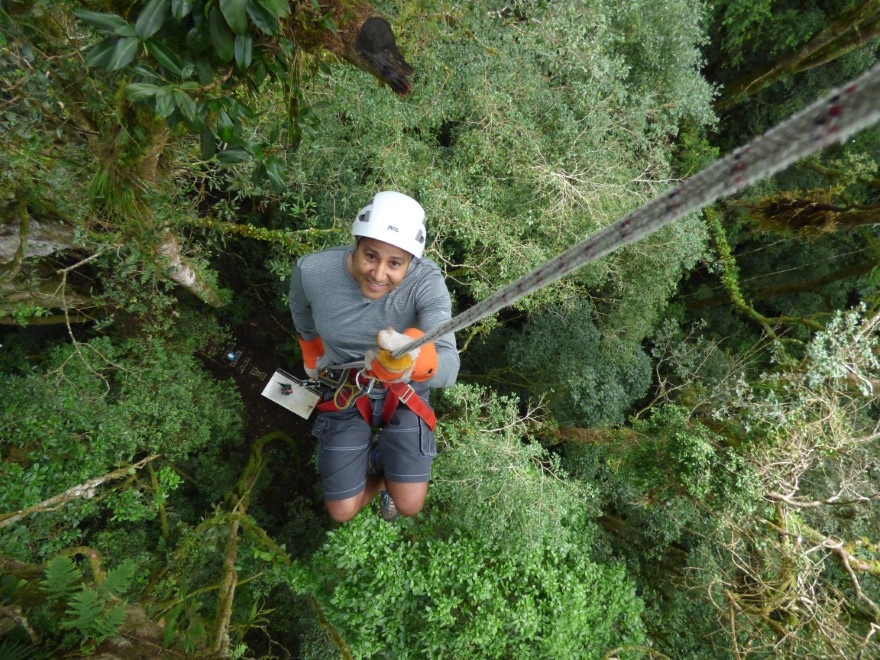 In places including Cincinnati and Houston, Montauk drills into a landfill and captures the biogas. It cleans impurities out of the biogas on-site, converting it to RNG that is injected into pipelines that can run from coast to coast.

At its sites in Tulsa, Oklahoma, and Irvine, California, the front-end process is similar, but instead of injecting RNG into pipelines, it is used to power gensets that generate electricity which is sold via long-term power purchase agreements.

In Jerome, Idaho, Montauk recently acquired Pico Energy LLC, which includes an anaerobic digester and electric generation facility at Bettencourt Dairy. Wallace says the biogas captured there will be cleaned and injected into a pipeline. The site will also run gensets on gas with the dual purpose of selling electricity under a power purchase agreement and providing waste heat to maintain the digester at the proper temperature.

While Wallace oversees human resources, health and safety, environmental attributes and environmental compliance, it’s the contract work that keeps him most busy.

In the beginning, he helps structure the deals with the waste management companies so Montauk can set up shop at a landfill. The company does not buy a landfill, but it does own the processing and power generation facilities it establishes. 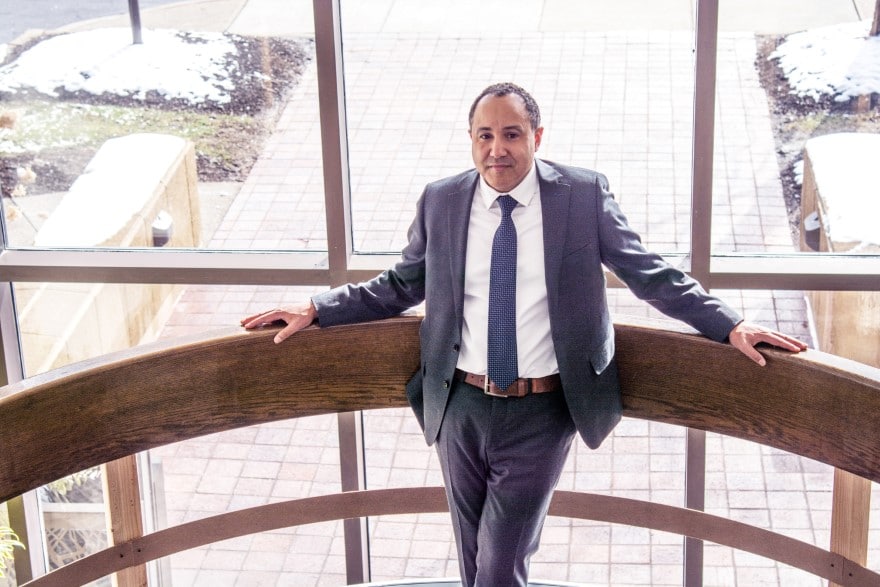 As Montauk begins operating at a landfill, Wallace and his department are a compliance arm, helping to ensure the RNG it produces meets the required specifications while also minimizing emissions into the atmosphere.

Aside from contracts with its site hosts, Wallace helps negotiate agreements with RNG and electricity off-takers, as well as with utilities. Some utilities have been buying renewable natural gas for years and the partnerships are easier to establish.

For utilities just recently embracing RNG, Wallace says it’s crucial to walk them through the steps and show the benefits of making the deal.

“I can’t imagine there are many environments where I could have worked on such disparate types of agreements,” he says.

Wallace is comfortable and adept at the contract process, and he’s also an integral part of the business development.

Although there is no shortage of capped landfills producing methane, Montauk does not jump at every deal as it grows.

“Given our longevity in the space, we continue to be presented with opportunities,” Wallace says. “Although we’ve passed on some that seemed like they would not be a good fit, we aggressively pursue those that we believe will.” 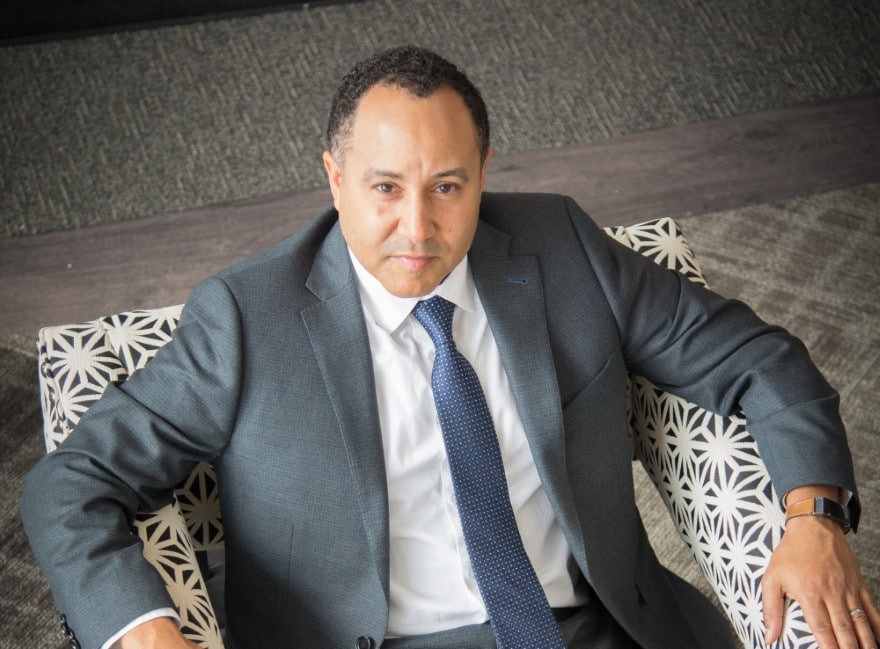 Montauk Energy does not have a specific business development vice president, so Wallace, along with the entire executive team, works to vet potential deals while relying on Montauk’s field managers to apprise them of how existing sites are performing.

“There’s more of a risk assessment than a straight legal assessment in the beginning,” he says. “I also look at deals from a commercial standpoint to assess whether they meet our business objectives.”

A year-long family sabbatical in Costa Rica for Wallace solidified his view of the potential of renewable energy sources, and it doesn’t hurt that he’s married to a sustainability engineer. 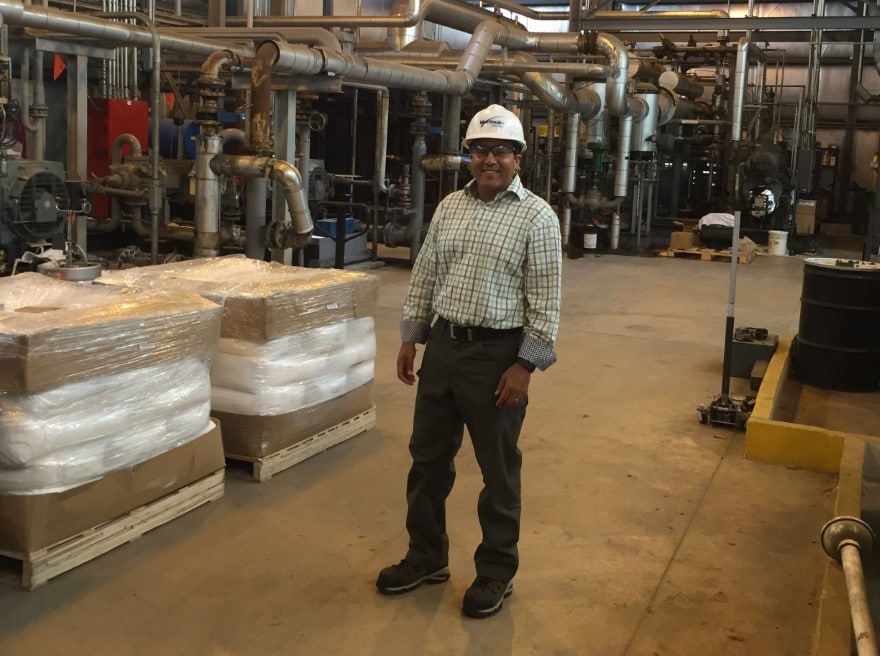 When he returned, Wallace not only founded Find Your Costa Rica to consult professionals about taking sabbaticals to renew themselves, he joined Montauk in 2016.

Costa Rica was not Wallace’s first experience traveling. A self-described “Army brat” who moved frequently as a boy, his first memories are of Germany. He did settle into the Pennsylvania and West Virginia area long enough to get his bachelor’s degree in philosophy and political science from West Virginia University and his J.D. from the University of Pittsburgh School of Law.

After his first year of law school, Wallace spent a summer in Kenya. Upon graduation, he remained in the Pittsburgh area as an associate attorney at the firm of Buchanan Ingersoll and Rooney. From there, he moved on to Alcoa, but hungered to work for himself and bought a building to open Pittsburgh’s first Ethiopian restaurant in 2004.

In that time, he also served as general counsel for Verge Enterprises, managing the legal affairs of it and its affiliated entities in the restaurant industry before taking that sabbatical in 2014.

While still based in Pittsburgh, Wallace and his family live in Charlotte, North Carolina, and he continues to travel extensively for work. Wherever he goes, he works with vigor and purpose.

“Renewable energy is critical to our future and Montauk is bringing new forms of it to the market,” Wallace says. “Every single day I come in with a plan. Every single day that plan gets disrupted—and I love it.” 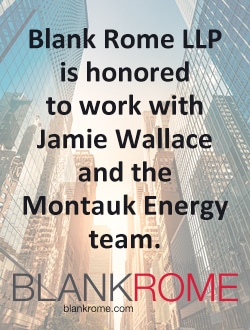 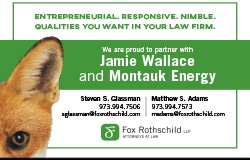