Supplying the legal nuts and bolts

It’s a busy day on the production floor. Everyone is pitching in to fill the day’s orders. Hundreds of them, to be packaged and shipped around the globe.

Suddenly, there’s a snag on the line. Maybe it’s a broken drill bit, or a machine in need of oil, or a missing pair of goggles or gloves. Luckily, there’s no need to order anything in a rush, because against the wall is a vending machine. Unlike the ones in the breakroom selling snacks and drinks, this one houses slightly different wares: the odds and ends your company needs to keep things moving. 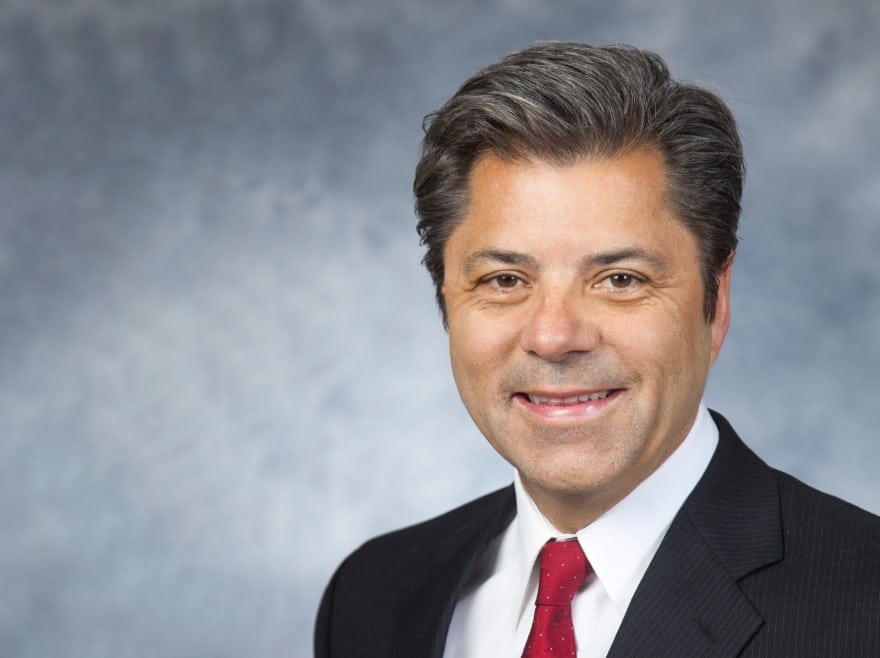 With more than 100,000 of them in the field, stocked with industrial and manufacturing items suiting a company’s needs, it’s just one way Fastenal is staying in tune with the times.

“I’ve been here 21 years. It’s a growth organization and it has been an opportunity to really get involved,” Milek says. “It’s challenging and intriguing to be part of the organization and understanding what we do.”

Tools of the trades

From duct tape to lubricants and metalworking machinery, the Minnesota-based Fastenal specializes in the essentials of the factory floor. With 3,200 distribution branches and on-site service centers around the world, the company has come a long way from founder Bob Kierlin’s single branch in Winona, Minnesota, where it started in 1967.

The nuts and bolts of the company are just that, Milek says.

“We’re the largest bolt, nut and screw distributor in North America,” he explains. “The things you see in any large hardware distributor or big box stores, we carry or distribute that type of product.” 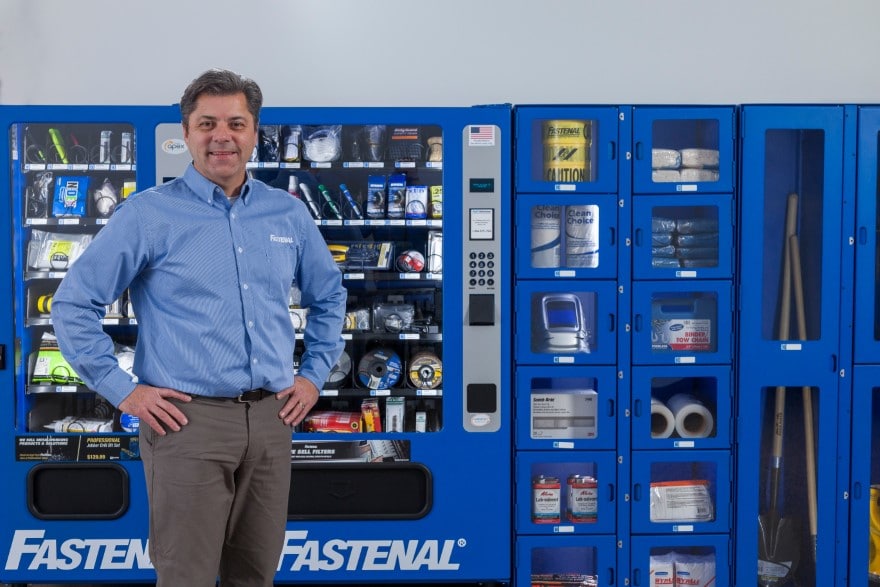 While its distribution network is vast—Fastenal conducts business in 25 countries—the company’s legal department is as tight-knit as it gets: Milek works with another attorney, two paralegals and an attorney from the company’s HR compliance department.

But from that modest staffing come major contributions to business development. Some, like handling the M&A details of Fastenal’s recent acquisitions of Manufacturers Supply Co. and Fasteners Inc., land right in Milek’s wheelhouse.

“A lot of times, we look at what’s part of the deal if we want to make an acquisition or sale,” he says “We need to know if it will be an asset or equity purchase, and what kind of transition services it will need.”

Fastenal doesn’t hold patents but protecting trademarks and copyrights can be part of the M&A workload, as well as handling the title transfers and integrating new staff who may come with the acquisition, Milek says.

Some products, like the vending machines and material storage lockers Fastenal offers, require governing agreements that are both concise and structured to manage risk.

“It was a challenge because as an attorney, you want to address everything you think could go wrong, but when you do that you end up with a 20-page document,” Milek says.

The service contract for vending machines and storage lockers has since been winnowed down to two pages, though Milek is quick to point out that certain risk factors still loom large, including cybersecurity and issues of liability (such as who’s responsible for damage to a machine).

Vending machines and storage lockers are a great way to stock Fastenal products, Milek says, but a huge benefit for customers is they eliminate the need to constantly fill out purchase orders while also establishing better inventory control and security for tools and machinery.

Links in the supply chain

Getting the items to stock the machines can be a big job for the legal department as well.

With a products team routinely adding to what the company offers, Milek and his staff have also streamlined the process for becoming a supplier by assisting with the creation of an online portal, allowing interested companies to introduce themselves or conduct business with Fastenal. 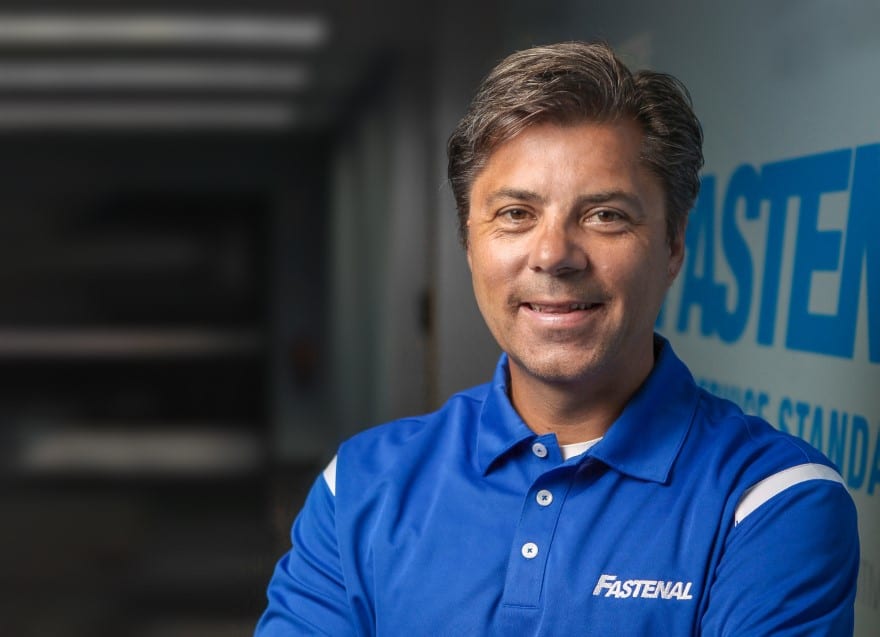 The portal also contains a code of ethics—guided by Fastenal’s legal department–that requires suppliers to have safe labor and workplace practices, comply with environmental regulations, use transparent accounting procedures and avoid conflicts of interest.

“Depending on the agreement and the nature of it, we try to handle our supplier relationships and contracts in house,” Milek says, “but we’ll seek outside counsel in those local jurisdictions if necessary.”

By the big river

Milek’s work may connect him to interests all around the world, but the Winona area native has never strayed too far from home. He crossed the Mississippi River to earn a bachelor’s degree in finance from nearby University of Wisconsin-La Crosse and re-crossed it to get his J.D. from the Mitchell Hamline School of Law in St. Paul, Minnesota, in 1988.

He won’t be confused with Tom Sawyer or Huck Finn, but the Mississippi River runs through his blood just the same. A father of two, one in college and the other in graduate school, Milek and his family enjoy nothing more than spending time at their cabin on the river. In the summer, they go boating and fishing. In the winter, they enjoy ice fishing and snowmobiling.

The river always beckons but being part of the currents of change at Fastenal has also been very rewarding for Milek.

“This is a decentralized culture that means people have opportunities to take on new things,” he says. “Employees who stay here like the ability to make decisions and help support each other as a team. I’ve always been able to make suggestions that others run with and build on their trust to get it done.” 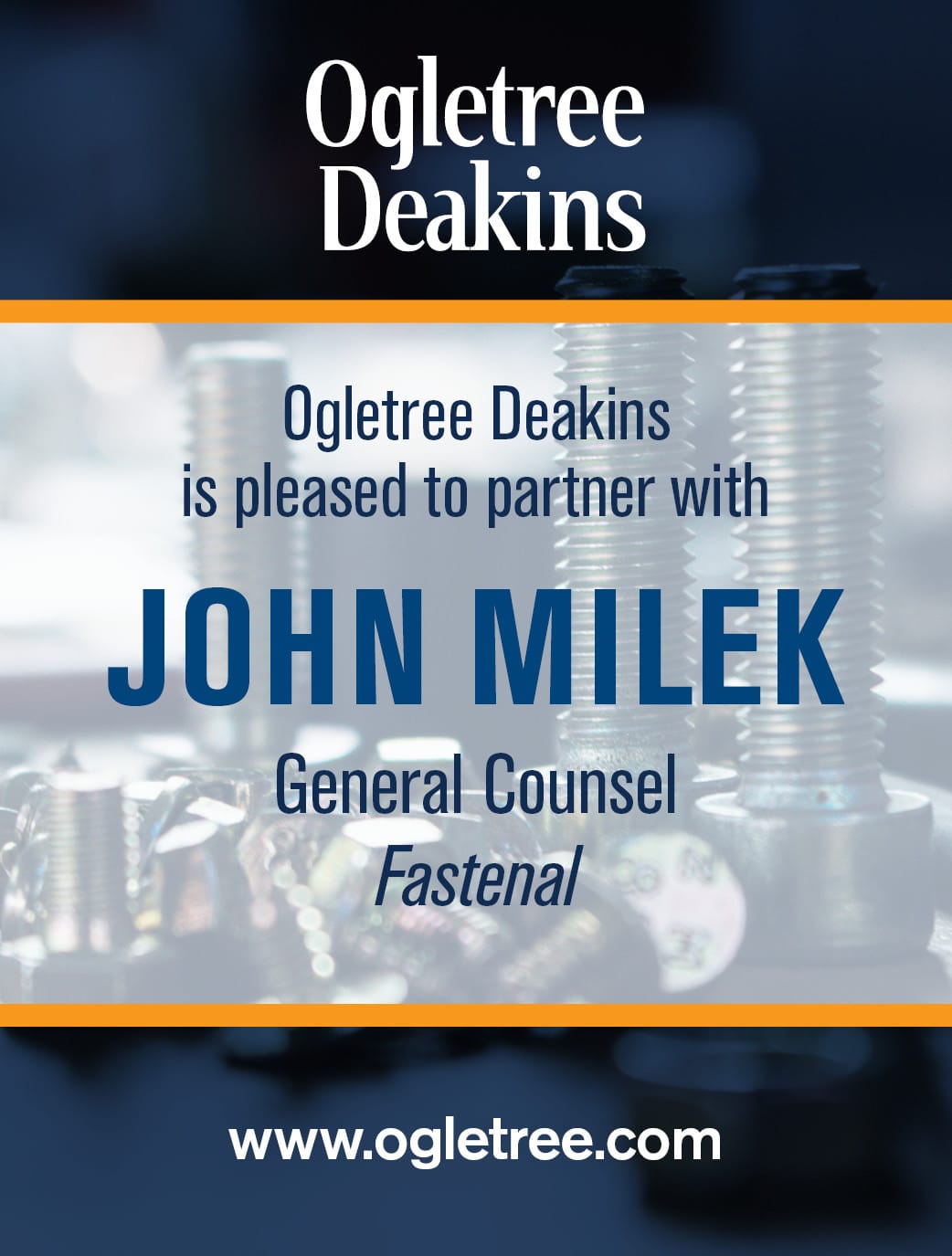