Here’s a common misconception about lobbying associations: They have a set number of issues to work on, and they can usually predict what’s next on the horizon for their members.

That’s not the case when you are the eyes and ears in Washington for an industry that’s undergone rapid change and now attracts much attention from policymakers and opposition groups. 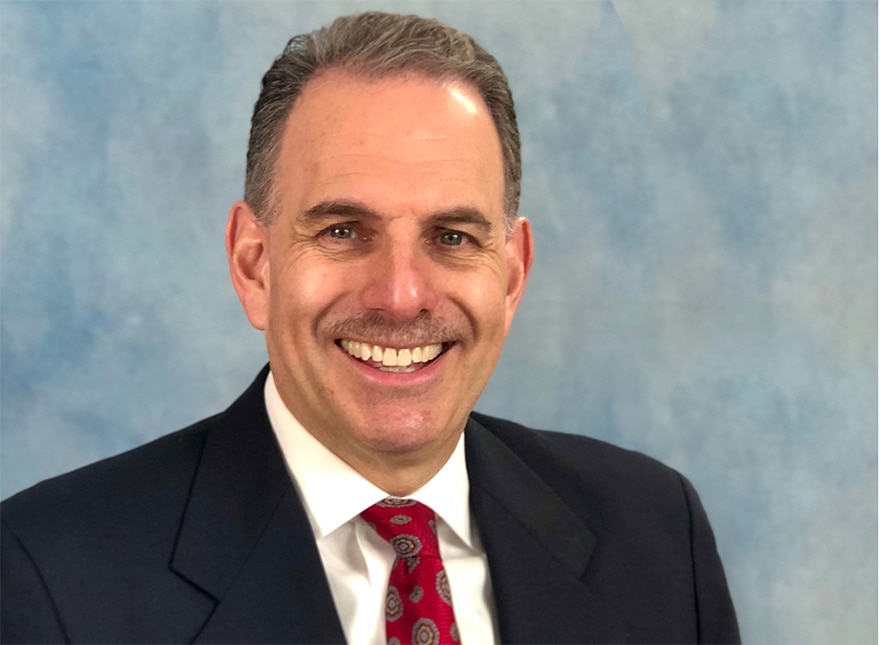 Such is life for Steve Kramer, senior vice president and general counsel for the Association of Oil Pipe Lines, which represents more than 50 North American companies that transport liquid fuels by pipeline.

While always an industry playing a vital role in our economy, traditionally pipelines went about quietly doing their business—delivering energy that fuels our daily lives.

At a time when domestic energy production is booming to meet demand pushed by a solid economy, there’s hardly ever been a more urgent time in the business of building and operating pipelines, which has led to heightened interest. Finding unifying advocacy positions is paramount—particularly as the industry faces increased scrutiny for its high-stakes projects.

“We’re really fortunate in that the great majority of cases our industry is aligned, and to the extent there is a need to practice diplomacy, people are collegial and work together well,” Kramer says. “Pipelines are lifelines. They are the link bringing needed supply to markets to serve demand for liquid fuels.”

The organization’s members together transport 97 percent of all energy liquids shipped through pipelines, and its diverse membership includes large and small pipelines that push crude oil, refined petroleum products, NGLs (such as ethane, propane, butane and light naphtha) as well as other liquids. 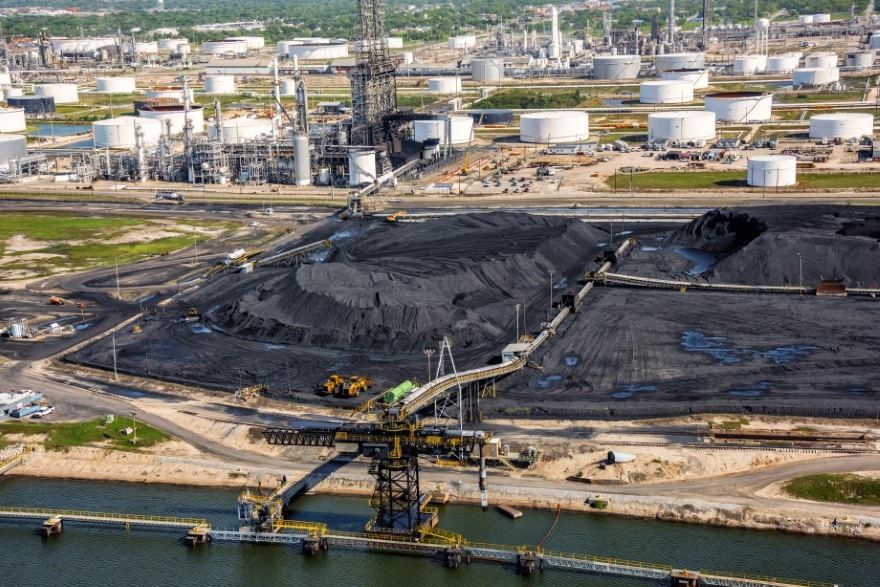 AOPL says the United States has the world’s largest network of energy pipelines, with more than 2.4 million miles of pipe.

Kramer says AOPL, established in 1947, conveys relevant, factual information about the unique safety and economic benefits of pipeline conveyance of energy liquids on behalf of their 50-plus members.

“Our members compete for customers,” Kramer says. “Pipelines compete with one another, and there are other modes of transporting energy liquids. You can do it by rail, by barge, truck. There’s fierce competition in our industry. We speak persuasively about how pipelines transport U.S. oil products safer, more efficiently, cheaper and in the most environmentally-friendly way.”

The liquid fuels business also differs significantly from other industries regulated by the Federal Energy Regulatory Commission, the center of Kramer’s universe, “because the markets oil pipelines serve are more dynamic and there’s not the same competitive environment in the other industries” that FERC regulates, he says, whereas there’s often a diversity of companies transporting liquid fuels to markets. 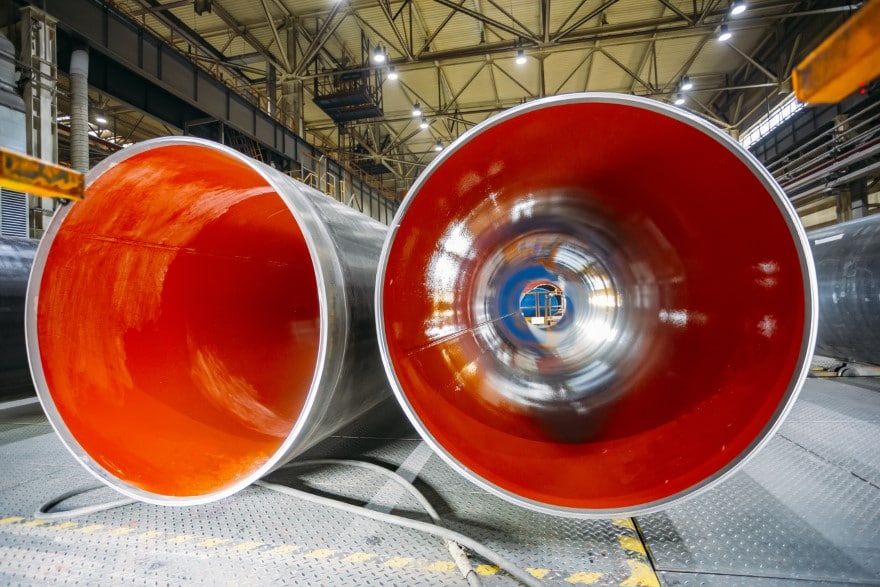 Still, pipelines generate angst in the casual observer. Crossing public and private property, implementing safety measures that gain the trust of stakeholders, making sure the economics justify the huge expense of building a pipeline are all major tasks for industry members.

“We certainly, as an organization, myself included, have a lot of work to do in our advocacy to make sure needed pipeline facilities are built,” he says. “One of our mottos is, ‘Get better information out to regulators, policymakers and the public about the benefits of pipelines.’”

Most of the U.S. domestic pipeline growth has to do with the boom in oil production from fracturing shale rock. The process, known as “fracking,” has helped the United States become the world’s No. 1 oil producer.

But as shale plays have boomed, so have worries raised by opposition groups concerned about climate change. “That required us as an organization, and me as an attorney, to roll up our sleeves. It used to be all our industry needed to do was follow the rules and we were fine. Now, our members not only need to follow the rules, but it’s become more important to educate decisionmakers and the public about the importance of pipelines.”

“From my perspective, that’s led to becoming involved in more court and government agency proceedings, and working as an industry and with other organizations to raise our advocacy in support of pipelines, the critical role they play and the legal arguments against opposition.”

Jim Curry, a former US DOT pipeline safety regulator and now an attorney with the DC office of Babst Calland, a law firm focused on environmental and energy law, has worked with Kramer on pipeline safety issues since 2010.

“When it comes to safety, there’s a high degree of alignment between industry and government as to what the end result needs to be,” Curry says. “The harder question is how do you get there? What makes the most sense from a technical and policy perspective?  I’ve been fortunate to work with Steve on some of these challenging regulatory issues.  He understands where the balance is on these issues, and how to work with his member companies and the regulator to achieve results that achieve that end goal: high safety performance.”

Issues that must be addressed for pipelines to be built fall into two broad categories: permitting and economics.

With permitting, Kramer has the responsibility to track ever-changing rules, comment on federal and state regulatory initiatives, and advocate for the importance of predictable review processes.

“In some cases, you have opponents that seek redress through the court system, so we will become involved, often with other trade associations,” Kramer says. Typically, that includes Kramer staying abreast of numerous court proceedings and working on legal briefs in support of the goals of industry members. 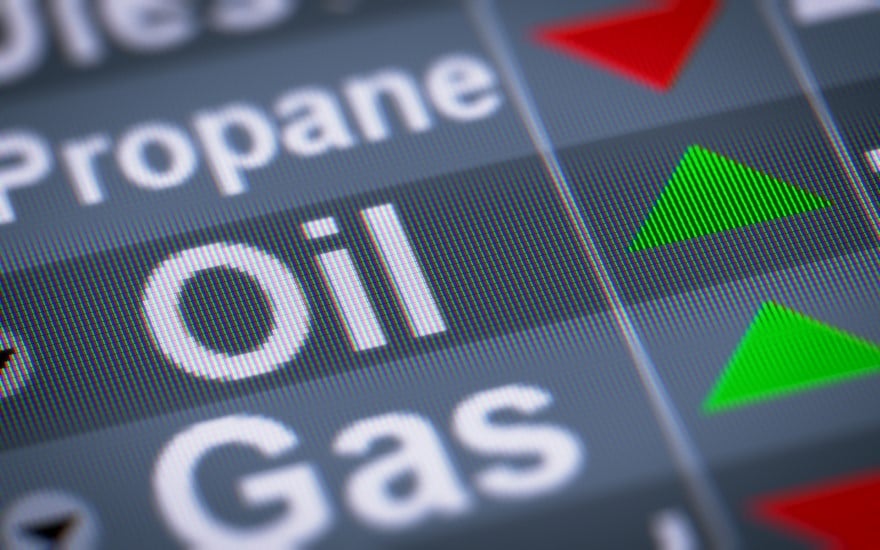 “If it’s an issue that affects the wider industry,” he says, “we’re getting involved.”

On the economic side, Kramer advocates before FERC to ensure necessary regulatory certainty and that the regulatory construct fits with the industry’s unique competitive landscape. “We support policies that allow pipelines to get regulatory assurances for a project up front. They’re what the industry needs in any commercial deal to move a project forward,” Kramer explains. “It’s difficult for parties to commit capital funds to build a project if the regulatory process lacks predictability concerning the rates, terms and conditions of pipeline services.”

At FERC, Kramer also works to ensure officials understand that their regulatory approach sends important signals to the marketplace and Wall Street, and the impact that has on building needed pipeline infrastructure. “That’s the critical part,” Kramer says. “It’s a constant challenge to remind regulators of our industry’s unique competitive dynamics and streamlined form of economic regulation. Their initial instinct sometimes is to regulate the industry like a utility, but the industry landscape and regulatory framework couldn’t be much farther from that of the utility industry.”

At a wider level, permits and economics are how projects get approved or rejected; and those issues are in Kramer’s wheelhouse.

In his private practice, during the first decade of his career, Kramer worked on natural gas regulation and legal issues; in the second decade, he represented clients on electric utility issues before FERC and on project development and mergers and acquisitions; leaving him in his third decade with a broad base of energy experience to bring to AOPL.

“I had never worked on oil pipelines per se but having the experience in energy and advocacy at FERC was key,” he says. “I worked at FERC a couple times during my career and in 30 years have worked on a variety of regulatory matters before the agency. I’ve had exposure to a lot of different areas and that has been a big benefit for me over a long career.”

Above all, Kramer has learned to be pragmatic. “How can you thread the needle between the interests of the industry and regulation?”

“Pipelines are the safest mode of transporting energy liquids, the lowest priced; it’s a more efficient way of doing so,” he explains. “And it’s important the public understands that.”

No small job for him. 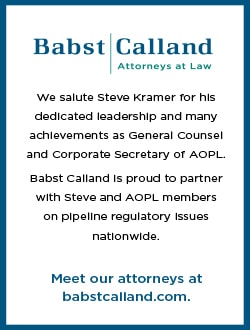 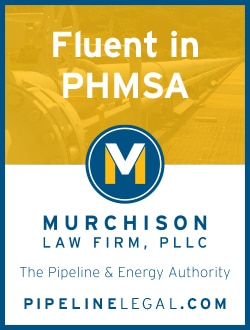 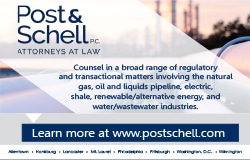 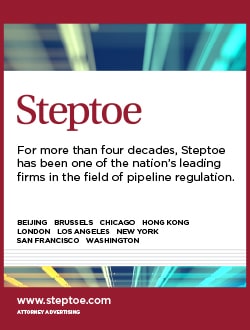