Homebuying. It’s a process that ranks as one of the most important purchases people make in their lives, and one that can be fraught with difficulty.

Bill Burding, general counsel for Orange Coast Title in Santa Ana, never loses site of that event’s significance and what it can mean to a family—even if he does handle between 15,000 and 17,000 title transactions a month. With more than 60 percent of titles industry-wide unable to be transferred “as is,” Burding says there’s no shortage of title work for his team to straighten out nationally—and his team is on the case. 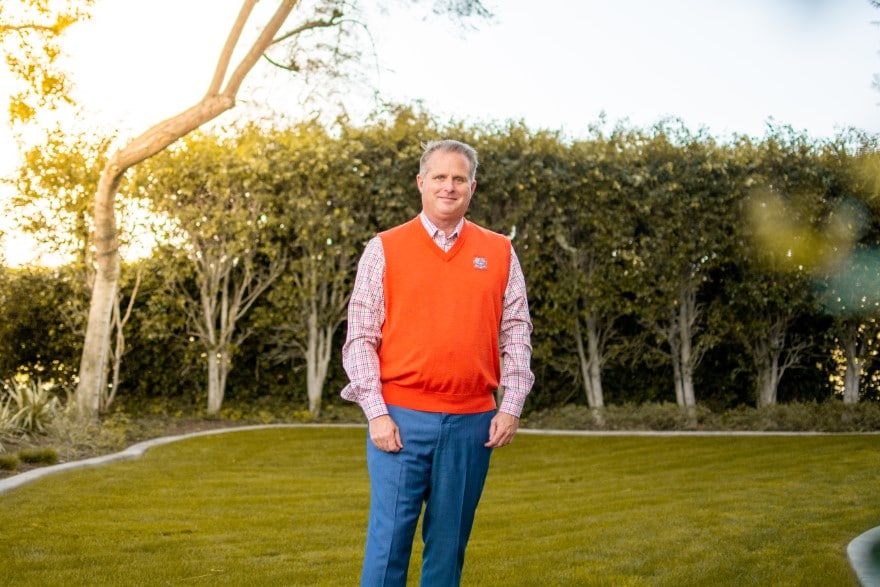 Burding’s passion for the business doesn’t end at his office door, however. Since 2010 he’s been involved with the American Land Title Association (ALTA) and was recently chosen by his peers to serve as the organization’s next president in 2020.

“My number one priority will be continuing work on wire and real estate fraud, which is running rampant in our industry. We need to continue to work and effectuate change,” he says.

Orange Coast Title was founded in 1974. Back then, it served only southern California, but soon expanded to Arizona and Utah, and today it has completed residential, commercial and refinance transactions in all 50 states with the ability to directly underwrite anything in 24.

“It’s a simple two-fold philosophy to our success,” says Burding, who became the firm’s first general counsel in 1998. “It’s doing whatever it takes to help our clients and understanding that the customer is king.”

With a steady diet of contracts managing human resources, handling compliance matters and starting companies from scratch, Burding has had a hand in it all. That’s included him working closely with management to establish guidelines for difficult transactions and ensuring that all perspectives and points of view are heard—and heeded. 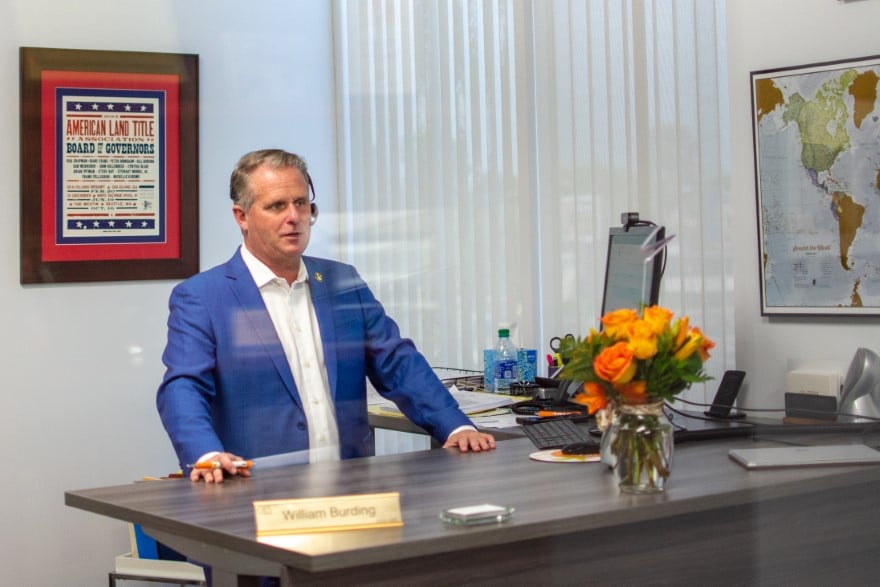 Burding also co-drafted the regulatory paperwork to lay down the foundation for OCT to handle its own title underwriting insurance. Since it developed this additional service, it has become one of the fastest growing title insurers nationally, writing title insurance policies in 46 states. In addition, a reinsurance business in London can handle deals of any size—even in the hundreds of millions of dollars.

“We have moved into the top 15 insurers nationally, but we only do our own business,” he says. “We are a 50-state solution.”

As Burding explains, life at OCT is all about clearing each property’s title history so any sales transaction can move forward. Debt, liens and unpaid child support can hold up transferring a property.

To that end, OCT researches the transactional history of every property. That way, Burding says, buyers and lenders who buy or make loans on real estate know exactly what they’re getting and whether a property has any problems.

Transactional records are kept by state and local government, for the most part via computer, with some states keeping better records than others. Homeowner associations can also hold back on freeing up a title if association fees aren’t paid.

“We get right to work on where the problem areas are,” Burding says. “Real estate transactions are a driving force of the United States economy. Our industry does a fantastic job with chain of title issues—it’s what separates us from other countries. A title company like ourselves can clean up a title to close a property in 20-30 days—a process that can take several months in Europe.” 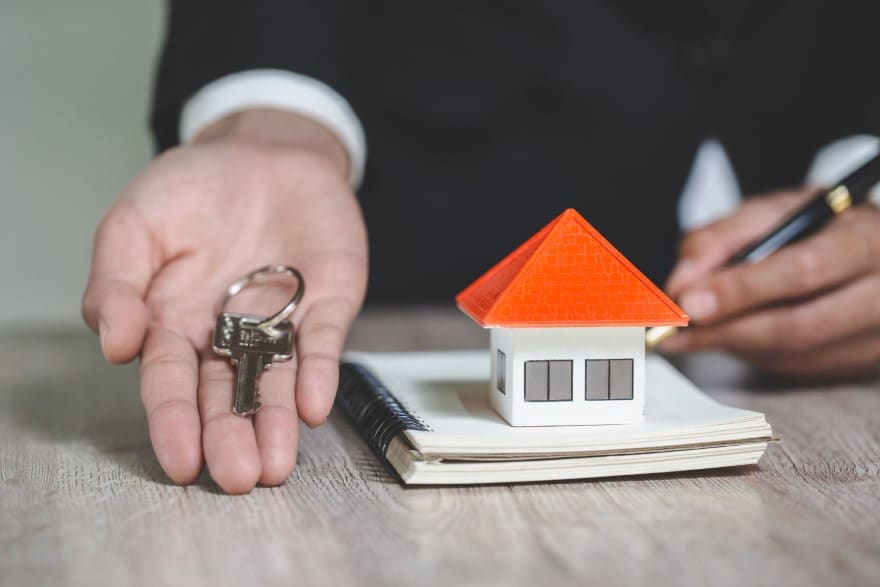 The problems around the titles typically hinge on unconveyed prior debt.

For instance, Burding says he doesn’t know how many millions of dollars OCT has collected in unpaid child and spousal support. That holds true for state taxes and the Internal Revenue Service.

“A new buyer has plenty to concentrate on when moving into a home. They should be thinking about making their house a home, not about the condition of the title and whether there’s a previous lien on the property, or not,” he says.

A career from the ground up

Making an impact was always one of Burding’s goals, even if he wasn’t always sure what he wanted to do. Now as the president-elect for ALTA for the coming year, he will represent 7,000 members of the organization founded in 1907

Rolling the clock back, Burding got his start after graduating from Whittier College and earning his law degree from Loyola Law School at Los Angeles after which he began practicing law.

It wasn’t long before he bought a stake in a small underwriting title insurance agency in Denver. It was there, he says, where he did every job in the book and learned the title business from the inside out: researching and examining tiles; working as an escrow officer; and handling all the calls and requests that came in.

“Coming to OCT one of my strengths is that I was able to understand everyone’s job because I’ve done every aspect of the work myself,” he explains. 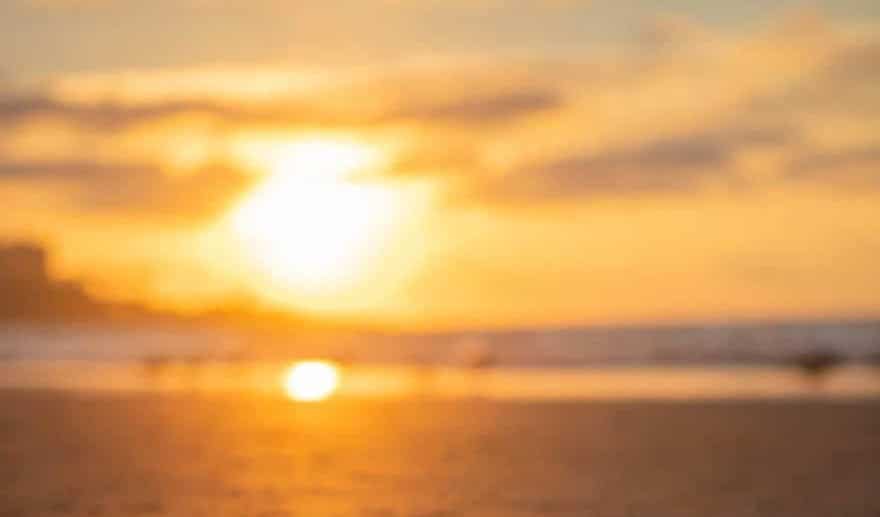 He also has never lost sight of the client, maintaining a focus of doing his best to understand and resolve their needs.

“Every day when I come to work, I have a game plan,” he says. “Over time I’ve gained the experience to work through problems to help families buy their first home and how to make a real estate deal go forward in a variety of circumstances. It’s very gratifying.”

He’s particularly proud of working with the California Land Title Association to help produce an early draft for legislation that created protections and safeguards coming out of the Great Recession (and related real estate market crash) in 2008.

“It’s a phenomenal industry and one people don’t know much about,” he says. “When the U.S. economy faltered and things looked their bleakest, our industry stepped up and helped the economy get back on its feet. That’s something I will always be very proud of and never forget.”