After 26 years, a breather should energize him for new role 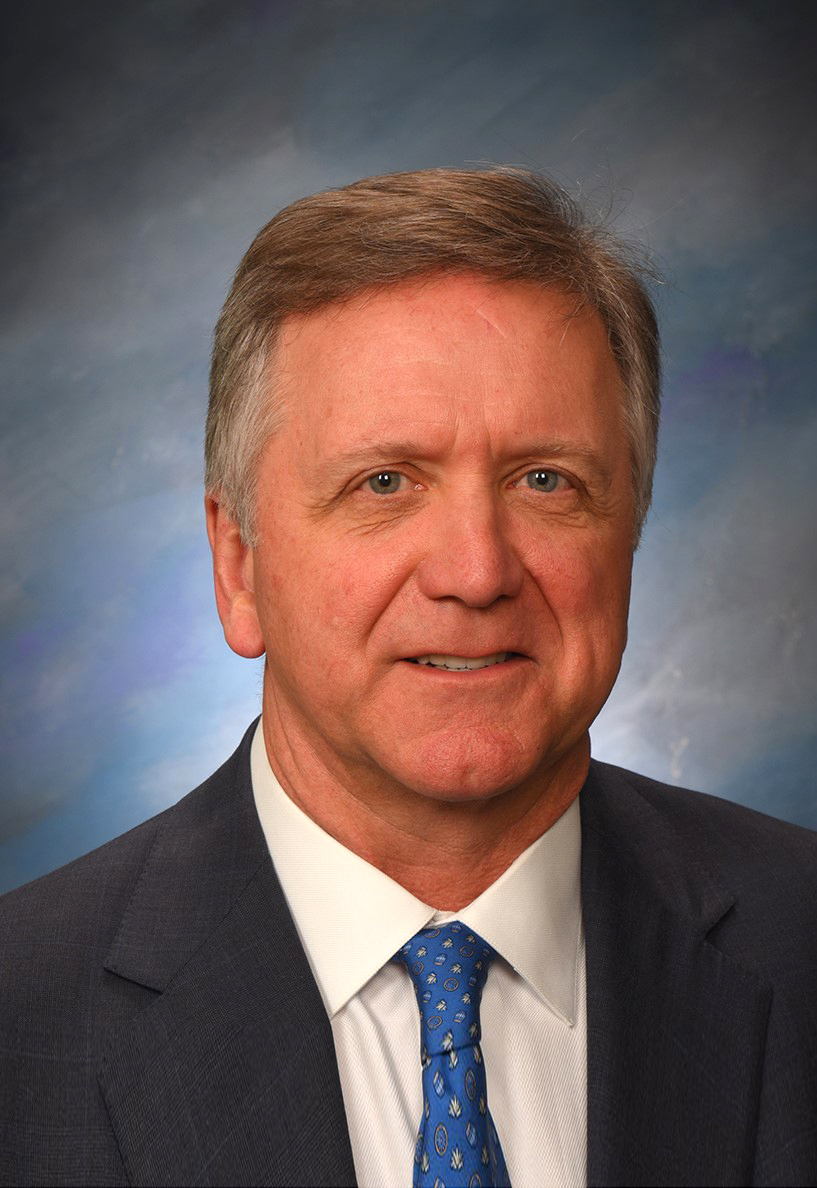 While Bass Wallace enjoys a respite from a quarter-century tending to complex in-house law at a couple of Texas-based energy services companies with international operations, he reckons he’ll remain active in the industry.

He’s got experience in spades to leverage from TETRA Technologies Inc., the Woodlands company from which he recently retired as senior vice president and general counsel. Then there was his GC role at its subsidiary, CSI Compressco LP, which necessitated a much different modus operandi.

Perhaps some energy explorer or service company will hire him as a consultant for their onshore or offshore operations. Same goes for a petrochemical manufacturer. Or, perhaps, Wallace will opt for something greener. But whatever the road from here, there should be no shortage of options for the energetic 62-year-old.

“I still feel like I’m 40,” the affable Wallace tells Vanguard in September from the empty-nest Houston home he shares with his wife—one daughter in college and another immersed in her career. “There has been a lot of turmoil in the energy industry over the past five years and more is on the horizon. I have a lot of experience to offer.”

Indeed, Wallace played a vital role in TETRA’s growth, with the company’s revenues soaring from $75 million in 1994 to well over $1 billion on his watch, and oftentimes the result of acquisitions he oversaw under five CEOs in the U.S., Mexico, China, Finland, Sweden and the U.K. Most prominent was the $825 million acquisition of Compressor Systems Inc. in Midland in 2014, which Wallace converted to a new business model in order to take it public as CSI Compressco LP.

Due diligence for all

Just how many completed acquisitions he oversaw, Wallace isn’t quite able to pinpoint. Suffice it to say, easily over 100, from small asset acquisitions to complex structured acquisitions of operating companies. And Wallace estimates TETRA looked at multiples of that number of other companies through the years, passing on them for whatever reason. Each presented unique issues uncovered during due diligence or arising thereafter in negotiations or after closing. 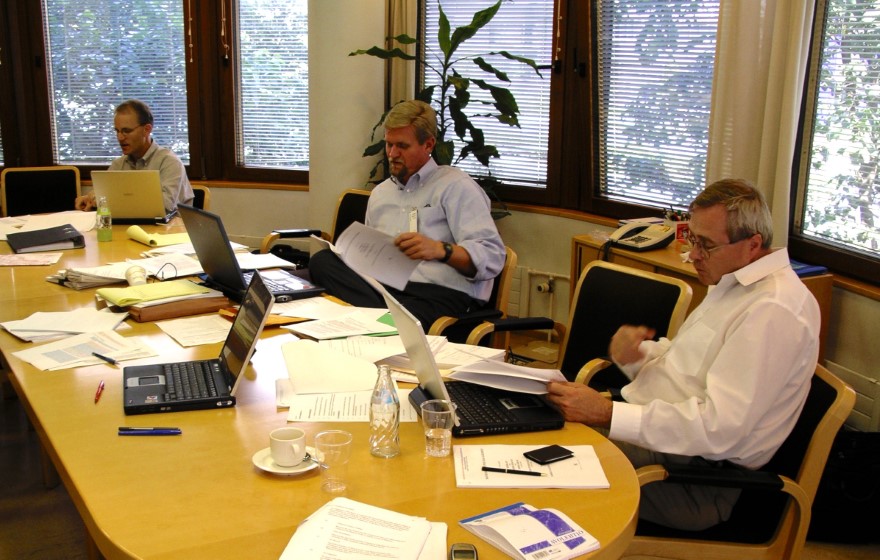 As Wallace explains, while TETRA and CSI Compressco complement each other’s roles in oil and gas exploration and production, each is a distinct enterprise from a legal, business and financial standpoint, governed by its own board of directors.

A publicly traded company on the New York Stock Exchange, TETRA has made its mark providing services, products and equipment for oil behemoths such as ExxonMobil and, more recently, with innovative water services necessary for the fracking of wells. Wallace notes there’s much more oil and natural gas to be produced from Texas’ and New Mexico’s Permian Basin—energy-wise, the world’s most productive basin.

All that natural gas needing to be produced, processed and transported via pipeline, it made sense for TETRA to buy CSI Compressco, which manufactured the necessary compression equipment and provided critical compression services.

Though also publicly traded, CSI Compressco falls under NASDAQ rules—its transactions handled electronically, while NYSE is an auction market in which the highest bid is matched with the lowest asking price through dealers. 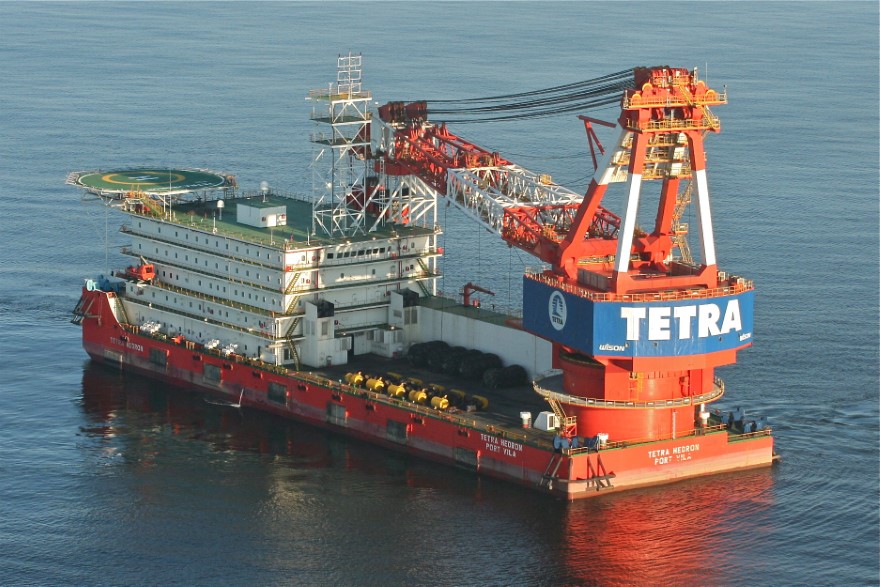 Recognizing the tax advantages, in 2011 Wallace oversaw the conversion of Compressco into what’s known as a master limited partnership—a publicly traded entity that enters service contracts with its customers and pays quarterly distributions to its owners/limited partners.

“You always have to remember which hat you are wearing,” Wallace says about his legal oversight of both entities. “Many issues with one entity were different from what you had with the other. It’s two different business models with distinct contractual arrangements, financing agreements and other issues.”

When he first came on board, TETRA was primarily an oil and gas fluid manufacturer and service provider—still one of its strongest businesses—based in the U.S. and Europe with sales worldwide. 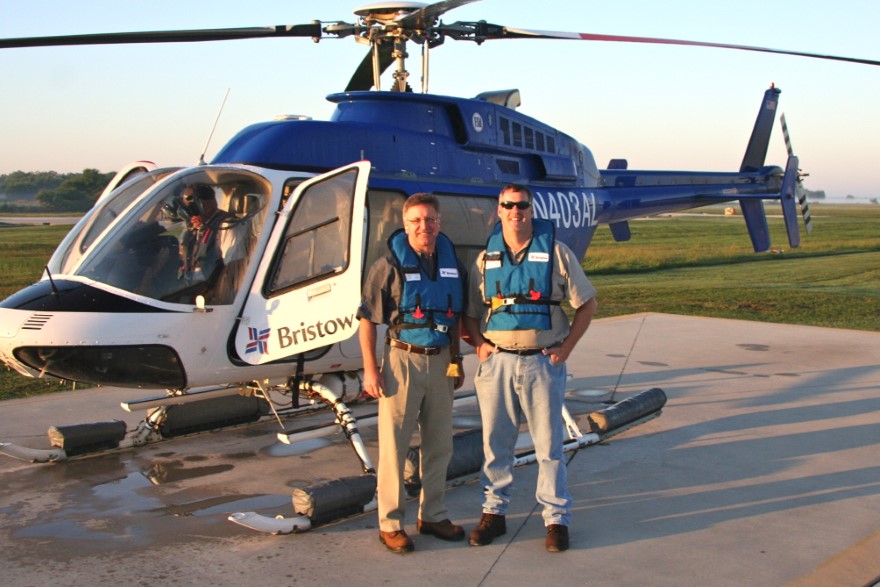 TETRA’s diversification into compression and later water management during the fracking process bolstered the company’s strengths in what Wallace acknowledges have been recent hard times in the oil and gas industry. COVID-19’s negative impact on airline and auto traffic for much of 2020 led to significantly decreased demand for oil and causing oil-related stocks to plunge. Then there’s the Green New Deal and its push for renewable energy.

While Wallace has no ideological objection on that front—“their hearts are in the right place”—he does believe the economy will rebound with fossil fuels reaching their pre-pandemic demand.

A native Texan and son and grandson of lawyers, Wallace spent his undergrad years at the University of Virginia, then graduated in 1984 from the University of Texas School of Law. He distinguished himself doing M&A and corporate and securities law for several Houston firms, and learned of an in-house possibility at what was then a small oilfield fluids company called TETRA Technologies.

“I helped with the acquisitions, including the diligence review of the targets and what they did, and identified any relevant legal problems that were apparent,” he recalls. “Then I’d help with the financing and documentation in the acquisition if we moved forward.” 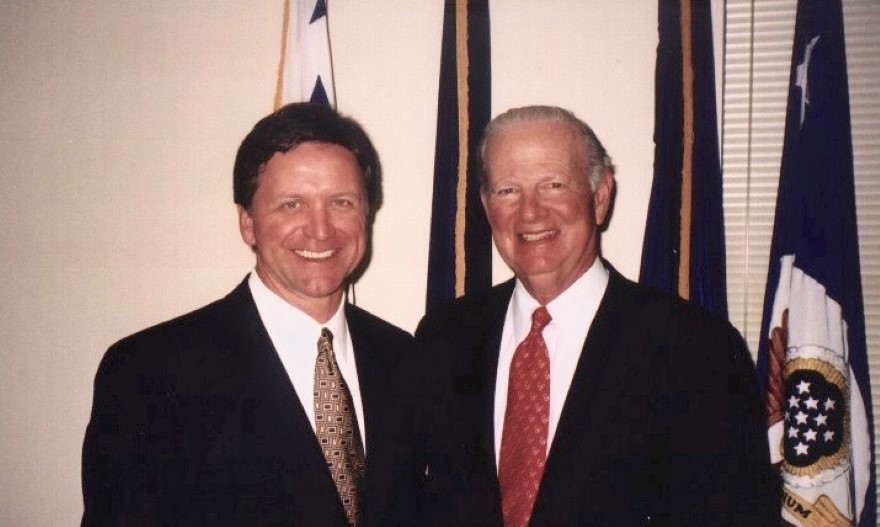 Although there were numerous changes in the C-suite offices, there were not in the general counsel’s office. Through the years, Wallace would help onboard four new CEOs and many other officers and directors, and lead much of the corporate governance changes.

“I’d like to think they kept me just because I’m a great lawyer,” he says with a chuckle, “but I think the complexity of TETRA’s operations, particularly after the Compressco acquisition, also worked in my favor. And I’ve always tried to tell it like it is, which most people appreciate.”

Prior to that were the Enron and other accounting scandals of the early 2000s, in which TETRA was not involved but—like all public companies—was made to bear the consequences.

The far-reaching Sarbanes-Oxley Act would usher in a new era of corporate governance and financial transparency that Wallace helped implement with the assistance of a legal department that grew to 13. Its responsibilities expanded to include contracting, corporate secretarial duties and equity plan administration. Wallace is very proud of his record in diversifying the ranks in the legal department, setting a corporate example in the process. 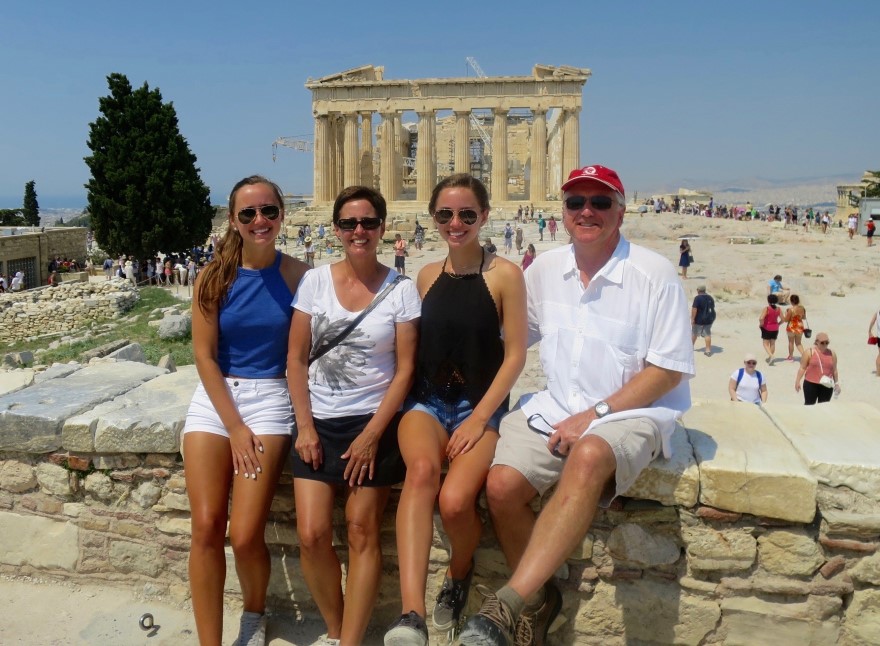 “It might be unusual to stay in one place for so long,” he says of his TETRA tenure. “But I‘ve been fortunate to have been part of the history of the company growing into what it is—which is a big reason why I came on in 1994.”

While he’s left what’s been full-time, demanding work, there’s still fuel in his tank. One thing seems clear: The need for such expertise remains.

“These are unprecedented hard times for the oil and gas industry,” Wallace says. “But the need for oil and gas isn’t going to go away any time soon. There will be a lot of consolidation—mergers and acquisitions and joint ventures—and I’m a perfect fit for that.” 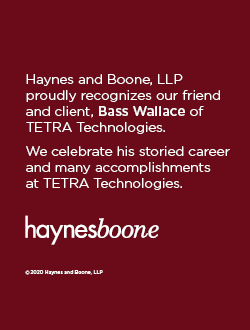 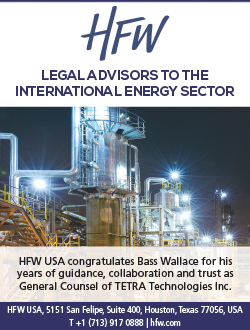 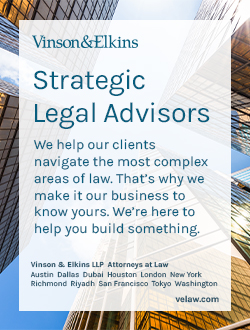