This past summer, more than 15,000 people gathered in New York City for the second annual POPSUGAR Play/Ground festival.

Over a two-day period, attendees enjoyed an interview with Chrissy Teigen with a surprise visit from her daughter Luna; workouts with Tone It Up’s Karena Dawn and Katrina Scott; live podcasts by author Alisa Vitti; a LGBTQ+ panel led by Nico Tortorella; and an exclusive performance of songs from the provocative Broadway musical “Jagged Little Pill”—and those were just some of the headlining acts. 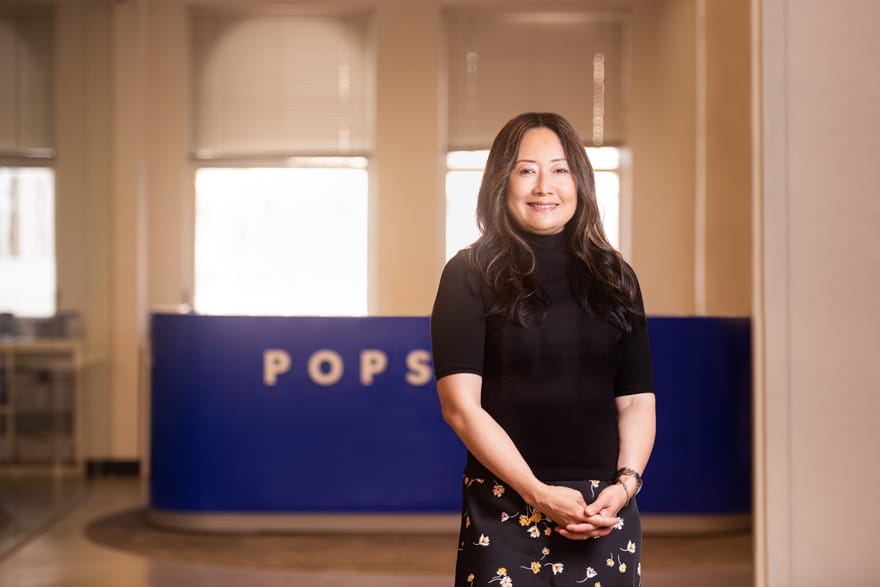 All told, the event included over 100 celebrities and influencers, from fitness gurus and fashion icons to authors and activists. Also filling the large convention center were many advertisers and sponsors who brought their products and services to life in creative, interactive ways.

Su-Jin Lee remembers just about all of them. Her team helped negotiate their contracts, after all.

“We wanted to ensure there was something of interest for everyone,” says POPSUGAR’s general counsel. “My team was involved from the beginning. We had several attorneys from my team act as legal ombudsman there to triage any issue that might arise on the day or prior to the event. It’s a process that you’ve got to get underway a year in advance.”

For Lee, the festival underscores the female-oriented multimedia publisher’s commitment to meaningful growth—the kind that relies on being a cut above a traditional online media publisher.

It’s a site Lee admired long before she took over its legal department in August 2014, and one she hopes her two daughters—and even her son—continue accessing for advice on fashion, technology, mental and physical fitness and career development—as well as the latest about the Kardashians and Taylor Swift.

“You got to have a little daily celebrity news,” she says with a laugh. 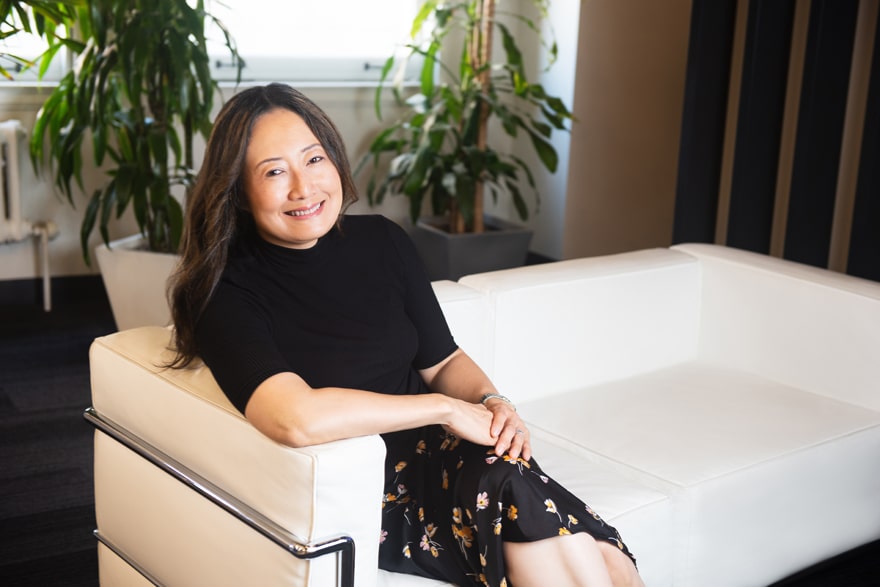 All the better if it’s balanced by more substantive and socially conscious material.

“This is much more than just empty, snarky commentary,” Lee tells Vanguard last December from POPSUGAR’s headquarters in San Francisco. “This is a company that inspires its audience, a company that walks the walk.”

Truth be told, the business was quite different when Lee came aboard after a two-and-a-half year stretch as associate general counsel at Flurry, a mobile analytics startup which was sold to Yahoo. Still, the potential was there, and Lee appreciated how POPSUGAR—unlike so many Bay Area and Silicon Valley companies—welcomed the input of women.

For Lee, it was the ideal fit: A company with strong females in leadership who could readily identify demographic trends. Businesswoman as well as legal boss, she would be counted upon to generate forward-facing ideas—as well as maximize bold ideas from colleagues.

To that end, Lee assembled a lean but efficient legal team of six to eight staffers who could interact broadly with POPSUGAR’s other units—commercial, engineering, advertising, sales, editorial, content generation, video production and large-scale festival planning.

Among the results would be the licensing of a makeup line—Beauty by POPSUGAR. POPSUGAR Play/Ground—the now-annual event that Lee describes as a “millennial heaven”—is designed to look beyond the generational makeup of its attendees.

“It was such a proud moment to see the hard work of so many people at POPSUGAR come to life,” she says. “I brought my young daughters to Play/Ground and I can say their imagination exploded about how my work as a lawyer can have an impact in building something special for others.”

With POPSUGAR in the midst of integration with Group Nine Media Inc., which bought the company last year in a merger transaction that Lee helped manage through close, she is contemplating what the future holds.

“We’re deep diving into it now,” Lee says of the ongoing integration of the companies. “My role is assisting both sides in combining the legal aspects of the expanded company. I’m working with the executive teams and the CFO to make sure Group Nine Media has all the information it needs to incorporate my team into theirs so they can hit the ground running.” 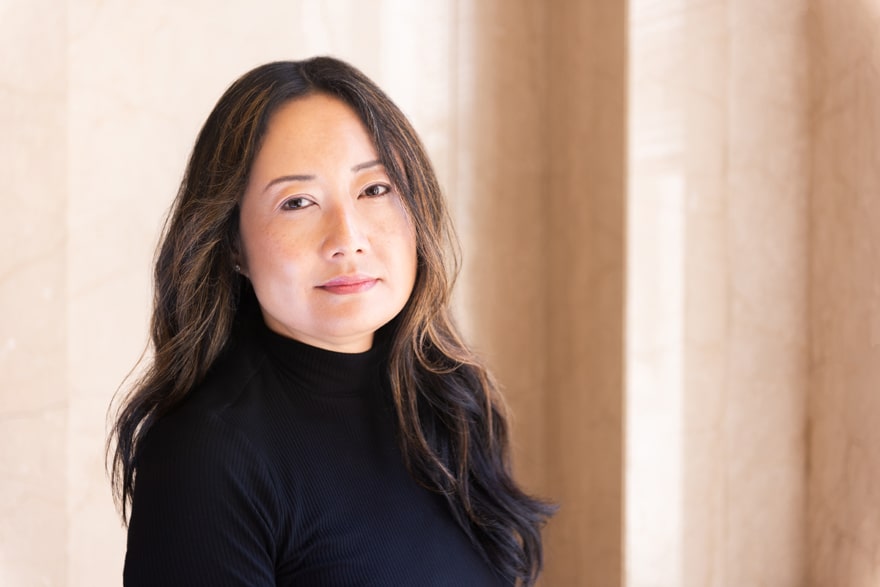 It’s certain to be a most formidable entity, Group Nine Media backed by Discovery Inc. and newly strengthened by POPSUGAR, will be better able to cut into a lucrative online advertising market now dominated by Facebook and Google.

“One of my main interests in practicing law is to advance a business. [As a general counsel] you have just one client and are able to work closely with products and developments,” she says. “You get to do some of that as an outside counsel, but you have to spread your focus across so many clients. I’d rather have one and be able to see the fruits of my labor.”

She’s seen those fruits at each of the companies with whom she’s worked during her 20 years of legal practice beginning with five-and-a-half years as a corporate associate at the Palo Alto office of Sonsini Goodrich & Rosati, where Lee got to advise technology companies ranging from startups to global heavyweights. Excellent training for her later pursuits, she says.

“I’m most proud of having been part of the evolution of the organization and the people, products and services behind it,” she says. “So much has happened in the past five years. This is no typical media company.” 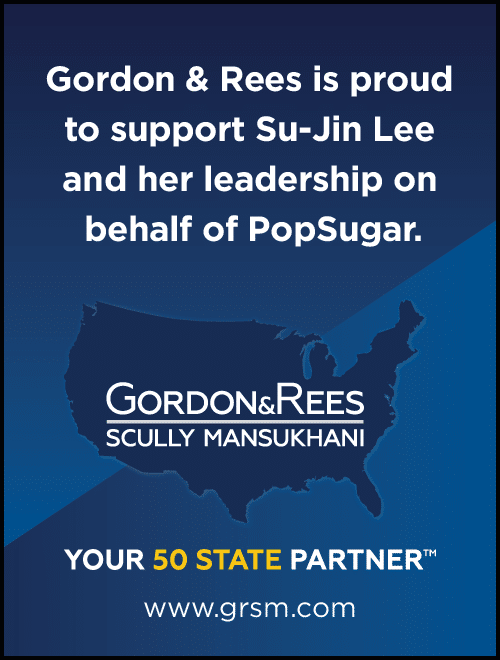