On with the show, he means business

There’s no business like show business, the adage goes.

But at the end of the day, it’s still an industry driven by the bottom line. During his 23 years at Warner Bros. Entertainment Inc., Damon Bonesteel has been focused on that and not just on the legal side.

His title—senior vice president of legal and business affairs—requires both legal and business acumen to help get those shows on the big screen. The past few years having entailed blockbusters such as “The Batman,” “Joker” and “Elvis,” mention of Bonesteel would seem warranted as the credits roll.

“This business has always faced challenges,” he tells Vanguard this past fall from Los Angeles. “Television and videos were supposed to replace moving-going but never did. Nothing will because people love to go to the movies.” 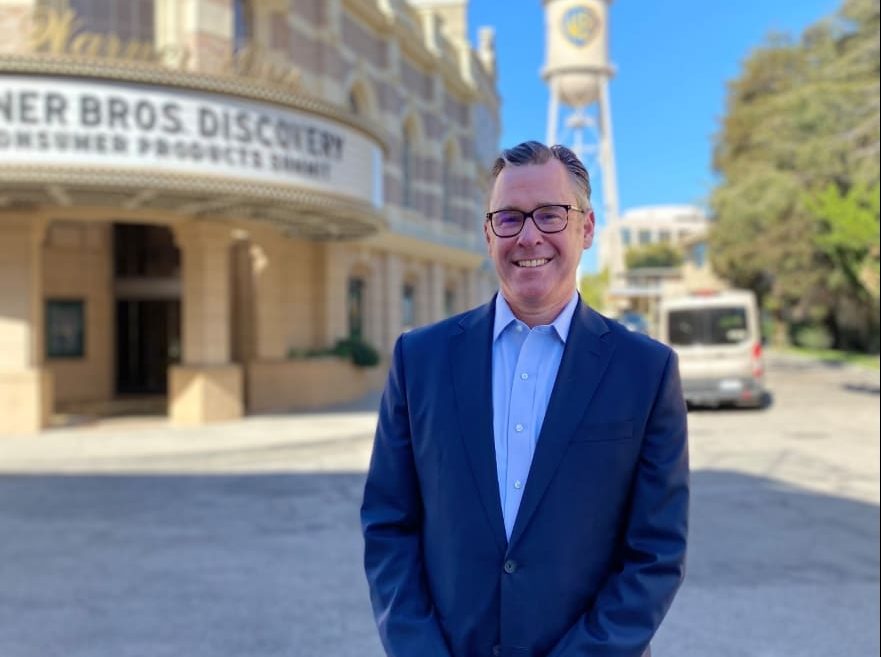 Of course, they couldn’t during the worst of COVID-19, which had Bonesteel calling some audibles—including a stop-gap measure to ensure the company’s biggest projects got the release they deserved (albeit on a smaller scale). In 2021, Bonesteel helped hammer out the details of “Project Popcorn,” which allowed Warner Bros. to release all its films on HBO Max the same day that they were released in theaters—something that had never been done on such a wide scale.

While day-and-date releases were curtailed in 2022, HBO Max still offered blockbusters like “The Batman,” “Black Adam” and “Elvis” six weeks after they appear on the big screen. Bonesteel says Project Popcorn did boost Warner Bros.’ streaming fortunes while providing theaters with movies during a difficult time. Now, the company can proceed with business as usual.

Bonesteel is a support system for all aspects of global theatrical distribution, marketing, local language production and localization of content in more than 50 languages.

Distributing content in China has always been a challenge.  For the last decade, Bonesteel has worked to improve market access for Warner Bros. films in China in the context of implementing an agreement between the US and Chinese governments. He has also established two of the most prominent joint ventures for local language co-productions in China.

Then, last summer, Bonesteel helped fashion a multiyear deal with MGM to distribute its films in theaters in international markets and on home video. 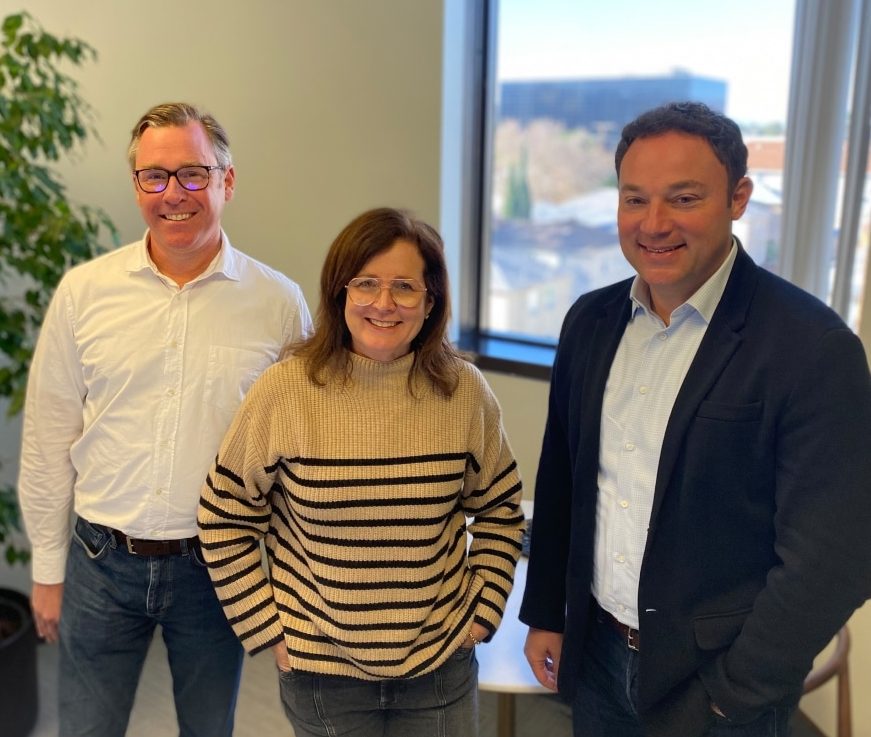 What an opportunity Bonesteel says this has been. Warner Bros. now enlarges its product pipeline with films that are sought by other studios. It does get tricky, however.

“When you’re a very culturally relevant company like us, it’s like being a lightning rod,” he says. “You must deal with publicity crises, different laws in different countries … always something new to solve on the international scene.”

Still, it’s fun promoting a blockbuster which includes anything Batman-related. Titles like these are the “Super Bowls of marketing,” he says, noting the involvement of media agencies, influencers, publicists and creative teams, while the legal department negotiates for their services and ensures the hype complies with standards of many jurisdictions.

He’s aided by a staff of 15 that includes lawyers, paralegals, and administrative aides. He’s also in constant communication with Warner Bros.’ 27 offices worldwide and reiterates how someone in his role must always be prepared for the unexpected.

With industry mainstays like the Cannes Film Festival and the Venice International Film Festival held each spring and summer, Bonesteel was relieved that the most recent took place without any COVID-19 restrictions. How different that was from the two preceding years, which had Bonesteel and his team essentially charged with the well-being of hundreds, including VIPs from Hollywood to Bollywood and all points between.

“A herculean task,” he says, recalling the pandemic tests that had to be administered—as well as mask policies, proof of vaccination, travel restrictions and a slew of precautionary protocols. “Yet we were able to create the necessary bubble and manage the risk.” 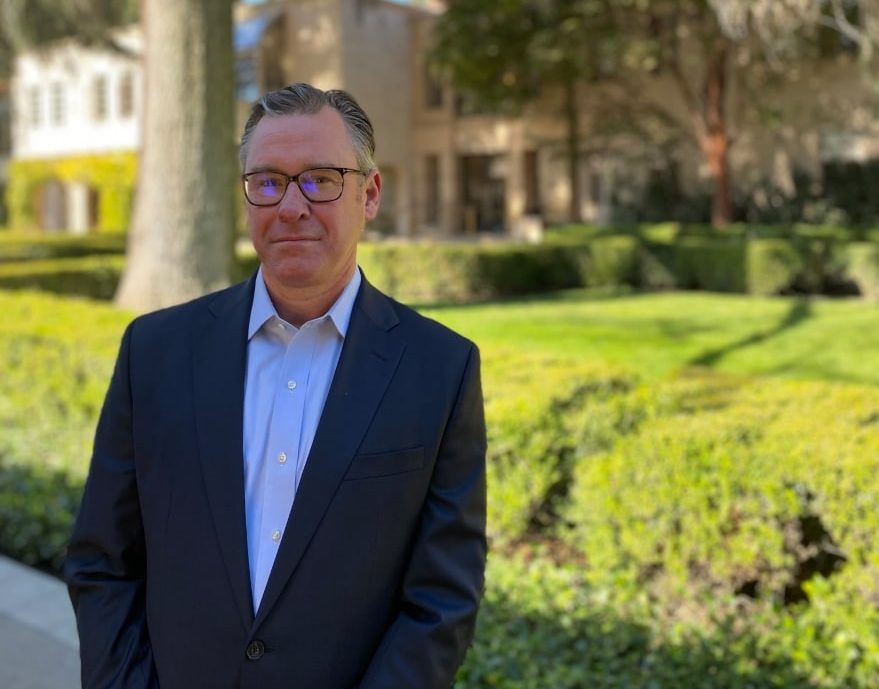 Or, as the Venetians might say: Duri I banchi, which, depending on who’s translating, can mean “hold on,” “stay strong” or “don’t surrender to hardship.”

And while it’s not as glamorous as outsiders might perceive (he rarely rubs elbows with A-listers), Bonesteel’s glad to have a role. Most days it’s more fun than some of his work from the mid-1990s, which included malpractice and securities fraud litigation at his father’s firm, Haight Brown & Bonsteel.

But maybe he was intended all along for Warner Bros.

To Duke and back

“I did grow up here, and entertainment is a big part of the culture,” he says. “Though I can’t recall ever wanting to be an actor.”

He left La La Land to earn his undergraduate degree at Duke University before returning to attend Loyola Law School. After honing his skills at Haight Brown & Bonesteel, he moved to Alschuler Grossman Stein & Kahan, also in Los Angeles, where his responsibilities included being on the talent side of entertainment litigation. Upon seeing an ad in The Hollywood Reporter for a lawyer to handle international matters, he successfully made his pitch.

Home life also satisfies, Bonesteel and his wife, an interior designer, having two sons, one a USC graduate and the other enrolled at the University of Michigan. The worst of the pandemic hopefully over, he’s resumed traveling. He’s also a self-described wine guy who enjoys ocean swimming—an ideal way for maintaining physical strength. 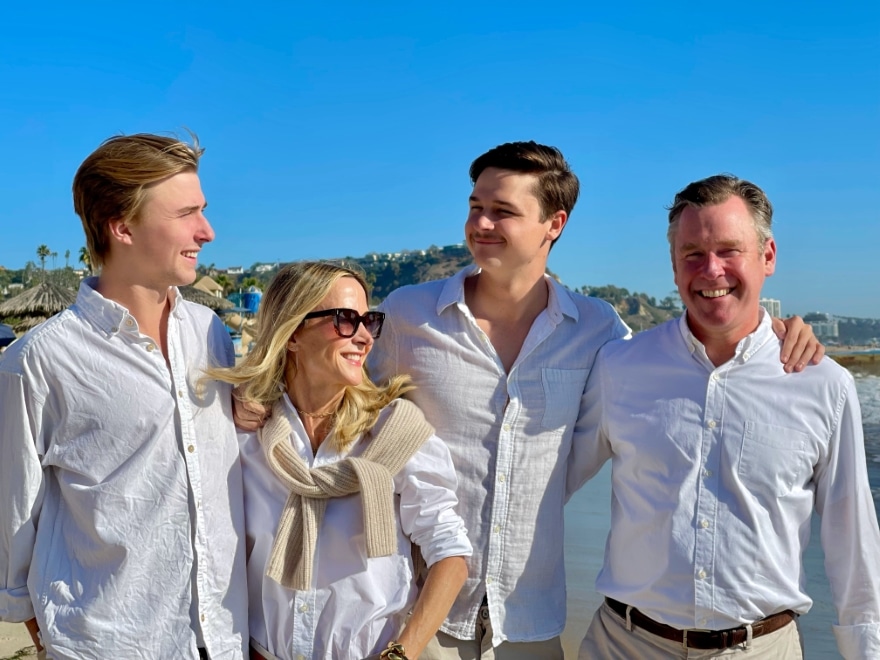 His career, after all, has been a wild ride, with the need to apply old legal thinking to such modern procedures as virtual platforms and encrypted films distributed by satellite. The deals becoming more complicated, there’s more risk to manage and more rules and regulations to follow in so many places.

Streaming remaining highly popular, industry experts expect it to keep growing. But with nothing really comparing to action on a megaplex screen, people will always buy tickets.

And that, according to Bonesteel, isn’t the only constant.

“Whatever turns the entertainment industry takes, Warner Bros. will always be a leader,” he says. 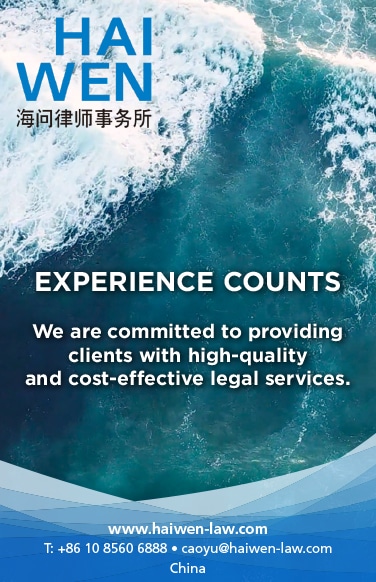 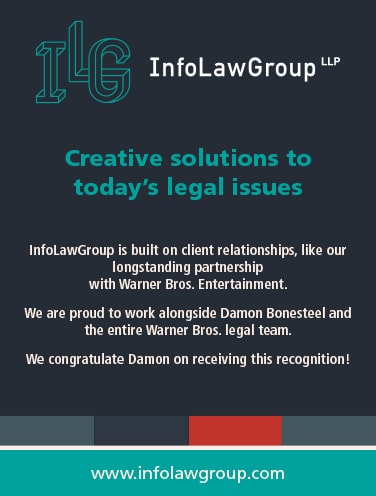 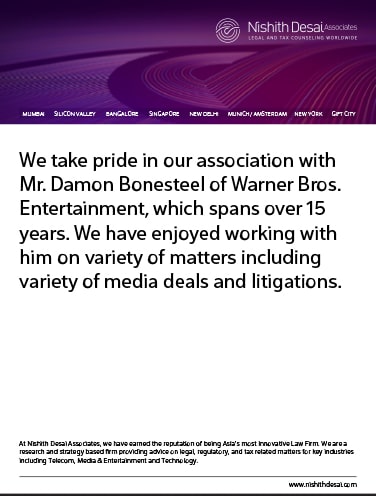 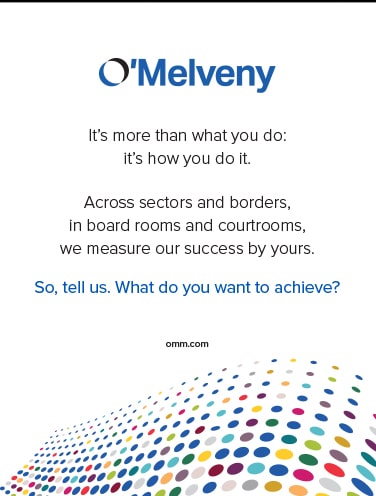